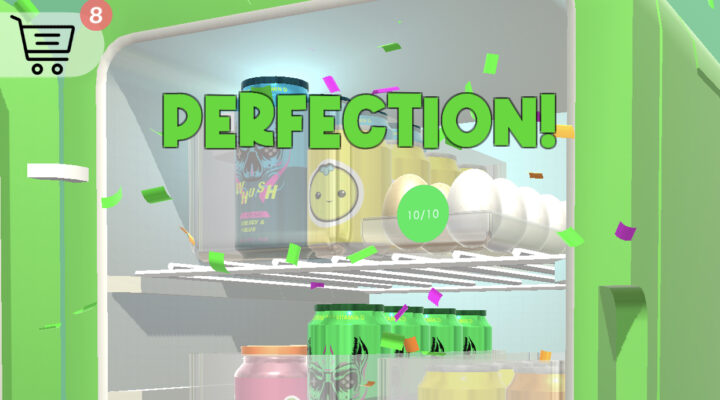 Fridge Organizing is another one of those games that tells you what to expect from its title. You’ve got loads of produce and groceries and you need to stick them in your fridge in just the right way. The more accurate your organizing, the more coins you’re going to win come the end of the level.

While that might sound pretty easy, there’s a bit more than that bubbling along in the background. And that’s why we thought it was a good idea to write up this guide. It’s made up of the strategies we’ve discovered during our time playing Fridge Organizing and we think they’ll help take your skills up a notch.

Whether you’re just about to stack your first shelf or you’ve already unlocked some bonus levels, there’s going to be something here to make you the best fridge sorter you can be. So without further ado, here are the best hints, tips and cheats for Fridge Organizing. On a lot of the shelves you’ll be given an image that shows you what the split of the produce should be. The colors on display can then be matched to colored discs on the produce. You should be aiming to match the picture if you want to get a perfect score and get all the coins you can.

There’s also a correct number of items to put in every position. When you can see this, you know how to split the items you’ve got to reach that number. It’s pretty much always an even split – so if there’s a count of 18 and three colors, you know you have to put six of each onto the shelf. Look at the reactions

On some levels you’re not going to get the same level of information. When that happens you can look at the emoji reactions to see if you’re doing things right. A positive emoji means you’ve placed an object correctly, a negative one means you haven’t. Undo and try again until you get it right.

Sometimes it might look like the object you need to get a perfect score is hidden behind a video. Instead of watching the video, scroll through the produce to see if there’s another item further along that matches the hue you need. There won’t always be one, but when there is you’ll save yourself some hassle. The game gives you a chance to watch a video at the end of each level in order to earn some extra coins. For the most part it isn’t really worth your while watching them. Especially since there are already so many videos to sit through when you’re playing. Skip the vids, use the coins you have and keep grinding.