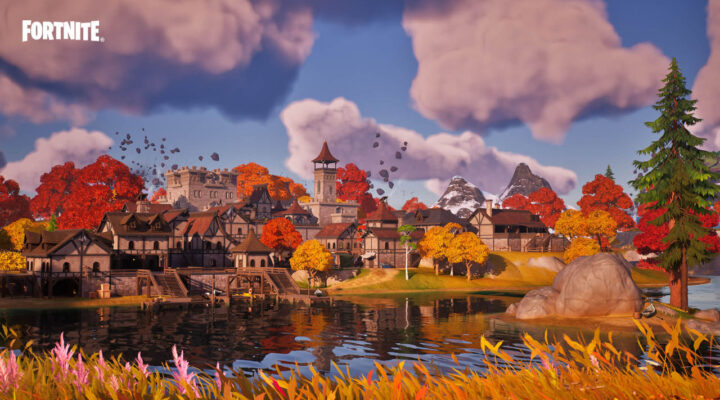 If you’ve played a roguelike before, and in particular Vampire Survivors, Reality Augments will look familiar to you. They’re effectively perks that you can unlock at regular intervals during a Fortnite match, which adjust your playstyle in a variety of fun ways. They might increase your reload speed, provide you with unique weapons, or improve your jump height. They come in a variety of different forms, but all of them are exciting.

You can learn more about Fortnite chapter 4, as well as Reality Augments, by checking out the official site. We’re going to detail them in more depth below, as well as provide you with a list of all those we’ve discovered so far. We also recommend checking out our Fortnite coordinates codes guide to get some freebies.

Before we move onto the list of Reality Augments, here’s how we’d rank them for use in Fortnite.

These are the best Reality Augments in the game, and we strongly recommend selecting them when you encounter them.

Solid Reality Augments that are more focused on a specific play-style, than improving your general game.

These are solid during the early game, but probably less so as the game wears on.

These can have niche uses, but are not worth using at all in certain modes or circumstances.

These are, effectively, meme Reality Augments that you should only pick if you fancy a laugh.

Now, we’ll list all of the Fortnite Reality Augments we’ve discovered so far so you can decide which ones you like the most.

Grants you ‘Glider Redeploy’ for the rest of the match.

Enemies hit by a Marksman Rifle or Bow are marked for a brief duration.

Bows draw and reload faster, and you regenerate arrows over time.

You regenerate health and partial shields while you’re inside large foliage.

Get a ‘Chug Cannon’.

Destroyed objects can drop explosives. This doesn’t include player structures.

The next storm circle is always visible.

Get a fishing rod that you can use anywhere, but only collects jellyfish.

Pistols have an increased magazine size.

Weapons that use Medium Ammo have a chance not to consume ammunition.

You can jump much higher and with lower gravity while sprinting.

You get a chance to find a Chug Splash in ever container.

When the storm changes, nearby enemies are marked for a brief time.

Your vehicles don’t consume fuel and have increased health.

Get a rare Tactical Assault Rifle and Combat Shotgun.

Enter a car or truck and Chonkers and a Cow Catcher are instantly attached.

Now, we’ll answer any questions you may have about Reality Augments in Fortnite Chapter 4.

What Are Reality Augments?

Reality Augments are a new feature in Fortnite Chapter 4. They’re, effectively, the perks that you collect as you level up in roguelikes like Vampire Survivors. The difference here is that you unlock them automatically as a match progresses, rather than need to level up like in Vampire Survivors.

Other than that, they function pretty similarly. As you can see from the list above, they provide a wide variety of different perks to your character, including granting you weapons, improving your character’s abilities, and instantly kitting out your gear or vehicles.

Ultimately, they provide a fun new method of play in Fortnite, which manages to continue to spruce up its gameplay between chapters.

How do I Unlock Reality Augments?

You don’t need to do anything other than survive. You unlock Reality Augments at regular intervals during a match, so simply surviving will unlock more and more Reality Augments.

However, it’s worth remembering that your opponents will also unlock Reality Augments the longer they survive, so everyone will increase in power by the end of the match.

A tier list is a list of characters, or Reality Augments in this case, that you can unlock in a game – particularly a gacha game – ordered from best to worst. We rank from S tier to D tier, with S being best and D being worst.

How Did We Pick Our Fortnite Reality Augments Tier List?

We used a combination of the following factors when deciding on our Reality Augments tier list:

However, it’s worth noting that tier lists are subjective by nature. This is based on our experience with the game, but yours may vary. So, we recommend that you take this with a pinch of salt and play Fruits Battlegrounds for yourself.

How Often Do We Update Our Fortnite Reality Augments Tier List?

There may be a small delay between the above two events as we’ll return to the game to check out the new Reality Augment for ourselves, or to see how the balance patches have affected things.