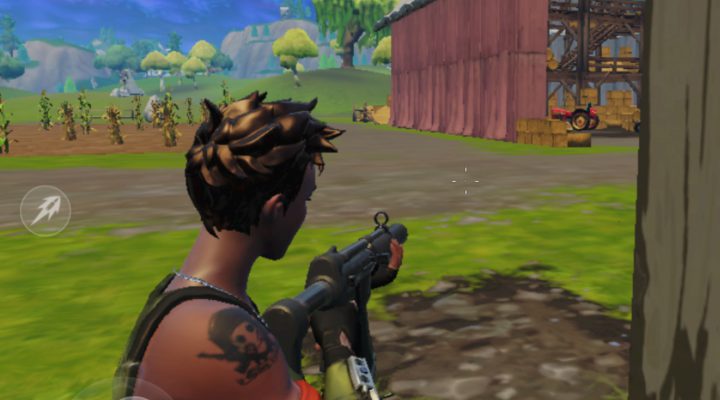 As if bringing your inner sniper and builder to the party wasn’t enough in Fortnite, it’s time to get your treasure hunter in gear as well. You’ve probably noticed that one of the Hard Week 7 Battle Pass challenges involves finding and following a treasure map in Retail Row, the ever so stylish shopping area (not really, as it’s abandoned like everything else on the Fortnite map).

What makes this challenge Hard? Well, completing it gets you 10 Battle Stars, but in terms of the difficulty, it’s because it means first locating the map and then finding the treasure where it leads you.

Of course, you can skip the “following the map” part if you have the right guide …

Where the Retail Row treasure map is located

This is probably the most frustrating part, because … we can’t tell you. As with a previous similar challenge, the map isn’t in a particular building or location in Retail Row, and spawns randomly every time you play. Making matters worse, lots of players drop on Retail Row to begin with, and now even more are likely to do so while the Week 7 challenge is running, so it’s going to be somewhat of a mess there in most games with people fighting it out.

So while you’re welcome to do things the “right” way, you can also skip right to just checking out the map thanks to the dedicated work of the YouTuber General.

Finding the ‘X’ on the Retail Row treasure map

In case it’s not clear where the map is leading you, it’s a clearing within the Wailing Woods. Dave Thier of Forbes gives us probably the best possible look at where you need to go on the in-game map to start your treasure hunt.

Once you get there, what you’ll find is a big hedge maze, with the ‘x’ on the map marking the exact spot in said maze where you can find the treasure. The Battle Star is near a large tree within the maze on the west side.

After you’ve got the lay of the land, you can actually just head straight there when you drop from the Battle Bus, although again, there are likely to be many like-minded players doing the same thing right now, so it pays to be cautious. Some Fortnite players have noted that if you have weekly objectives that require you to kill a certain number of players with specific weapons, it might not be a bad idea to just hang by the hedge maze since some gamers don’t really put up much of a fight once they’ve found the treasure, content to just grab it and then peace out for their next match.

In any case, best of luck with your treasure hunting, and we know you’ll do your best to make the likes of Indiana Jones and Nathan Drake proud. And if you need help with the Hidden Gnomes challenge, we’ve got you covered there too.

Marvel Strike Force tier list: What it is and how it can help you

Fortnite mobile: Where to find the Hidden Gnomes