Home / Walkthroughs, Tips, Cheats / Fortnite mobile: How to move and navigate the island

Fortnite mobile: How to move and navigate the island 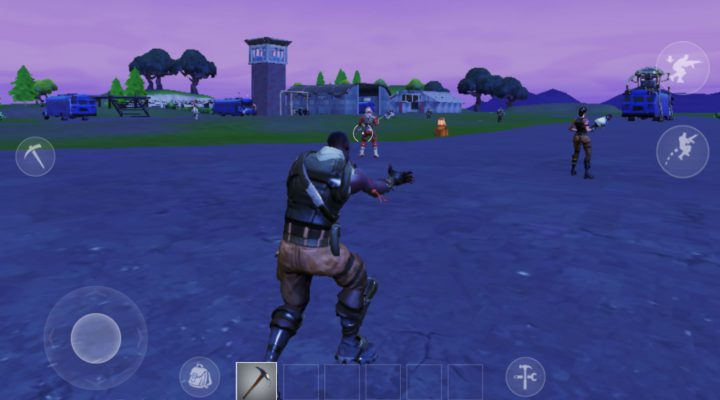 So you’ve decided to take the plunge and start playing Fortnite on mobile so you’re not left out of the craze, eh? Good for you. One of the first things you’ll notice is that there’s not much of a tutorial, as you’re pretty much dropped into matches just like the Battle Bus drops you on the island.

But we’re getting ahead of ourselves. We want you to be able to at least get the hang of getting down and getting around before you start getting kil … we mean, before you start picking off other players and angling for wins. With that in mind, we’ve put together this handy guide to movement and navigation to give you a fighting chance.

How the controls work in Fortnite mobile 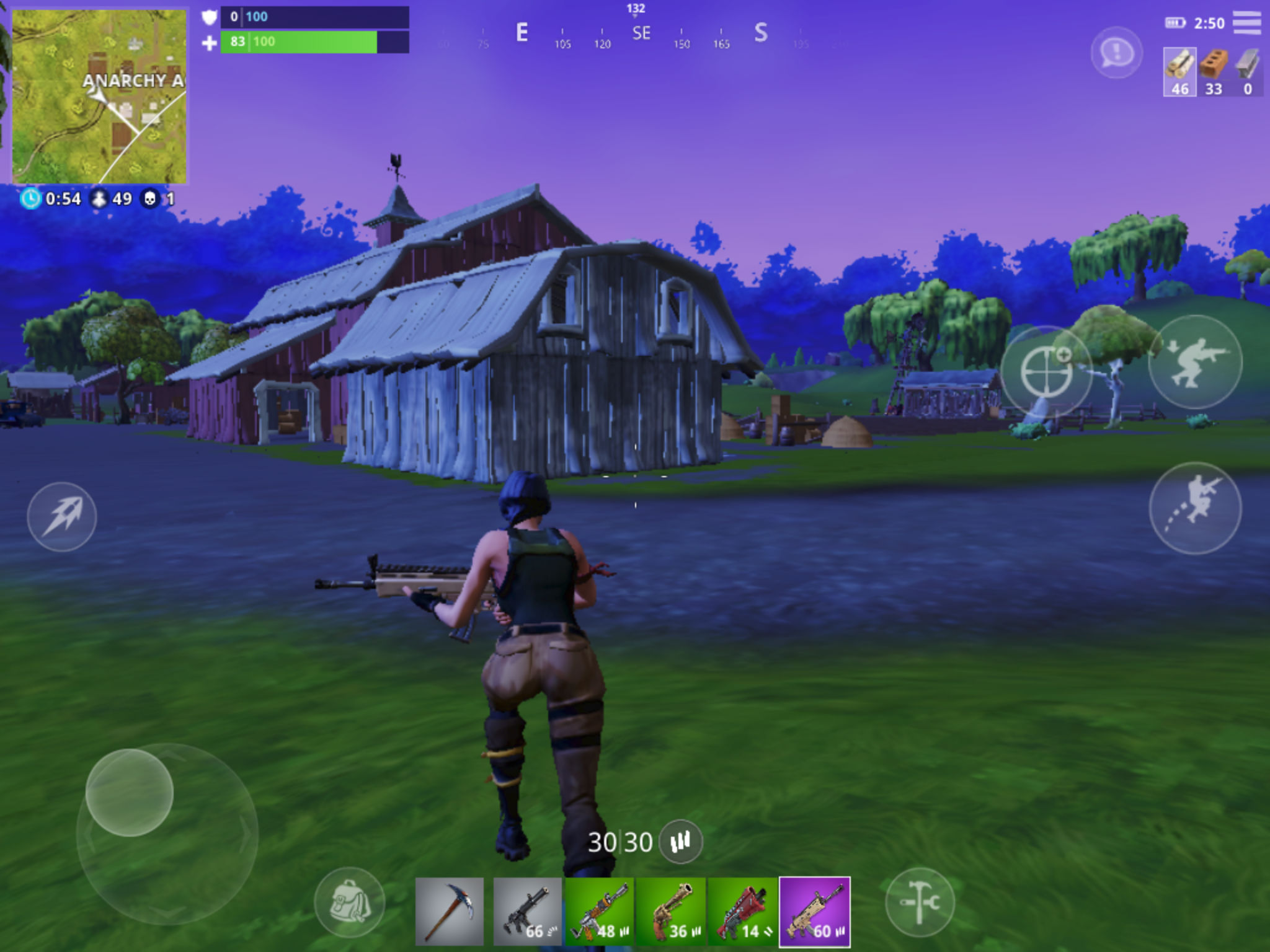 Fortnite makes use of a pretty classic third-person shooter control set that just about all mobile gamers will find both familiar and comfortable. The left side of the screen features a virtual thumbstick for moving your character. The right side has dedicated buttons for crouching/standing and jumping, and depending on the weapon you have equipped, for switching to sniper mode. You can hold and drag anywhere on the screen to look around or aim the crosshairs of your weapon to target other players or objects.

The control bar at the bottom of the screen features a backpack icon to go to your inventory, a quick bar with slots to swap between weapons, healing items or your axe with just a tap, and an icon that looks like a crossed hammer and wrench that opens building mode. The mini map in the top-left corner can be expanded to a full-size map by tapping on it. Last but not least, the icon in the upper-right corner that looks like a speech balloon from a comic book opens your emote window, from which you can choose an available emote just by tapping on it.

Prep and landing: Getting off the Battle Bus 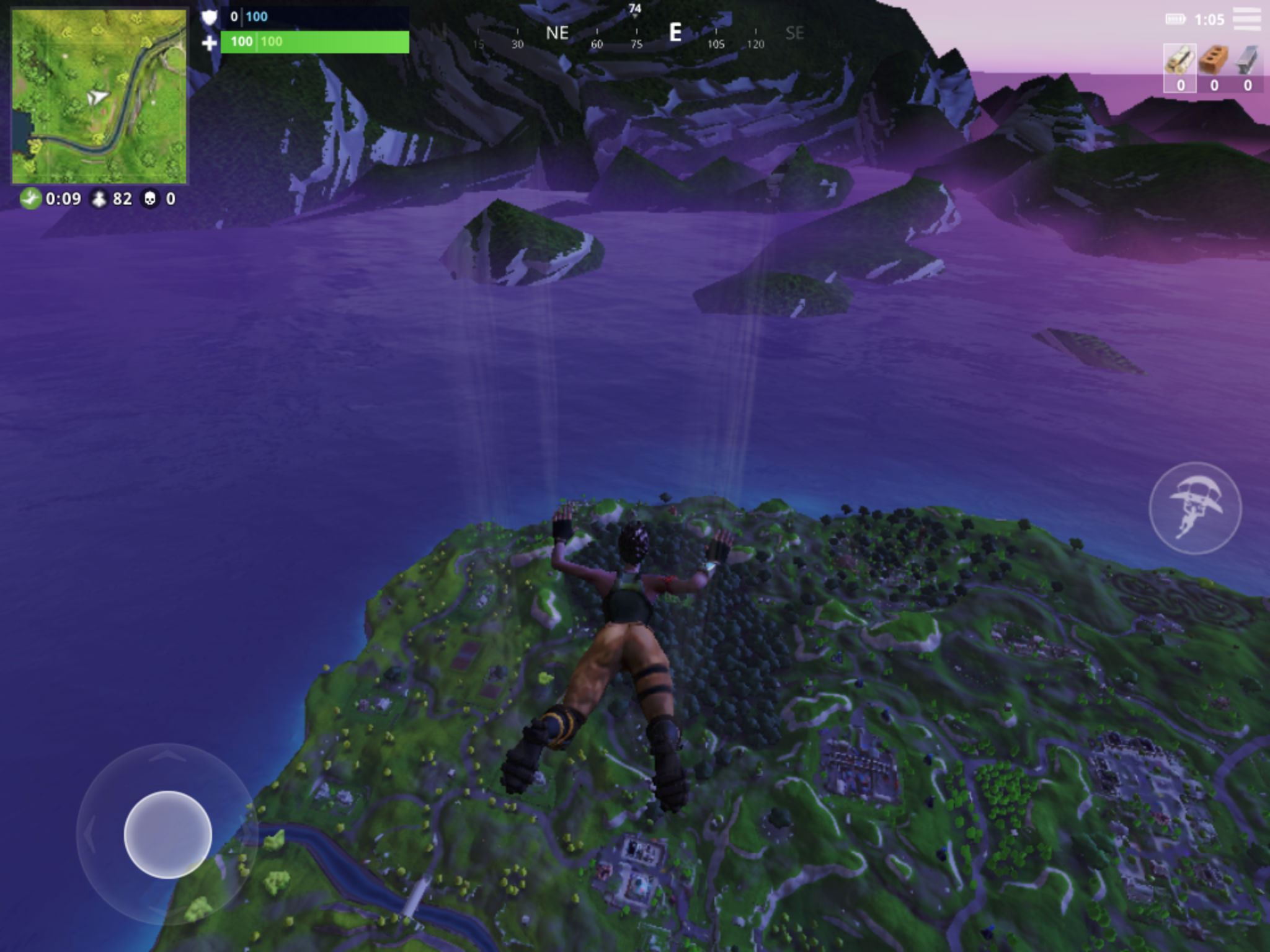 Every Fortnite match starts with a short period of time where players are queued in a waiting area. It’s possible to swing your axe and emote to your heart’s content, but you can’t actually affect anything there. Once the match gets underway, all 100 players (sometimes slightly less) are loaded onto the Battle Bus, which is an actual flying bus that drops players over the island. A message on the screen will tell you when you can start your jump, but you will eventually be forced out if you wait too long.

On your descent to the island, you being in freefall but can also slow your drop by tapping the glider button on the right. However, it’s generally a good idea to get down as fast as possible in order to start gathering gear and materials as quickly as you can. Wait too long and you’ll get picked off by players who landed before you. You can actually speed your freefall by pushing the thumbstick forward. And no worries: Your glider will automatically open when you get close enough to the ground, so there’s no chance of you splatting.

There are a number of different ways to play the landing portion, but in general, you’ll want to head somewhere there aren’t too many other players heading or else you’re going to be in firefights immediately. It’s also a good idea to keep looking around when you’re gliding in to see if opponents are nearby and where they’re landing if they are. 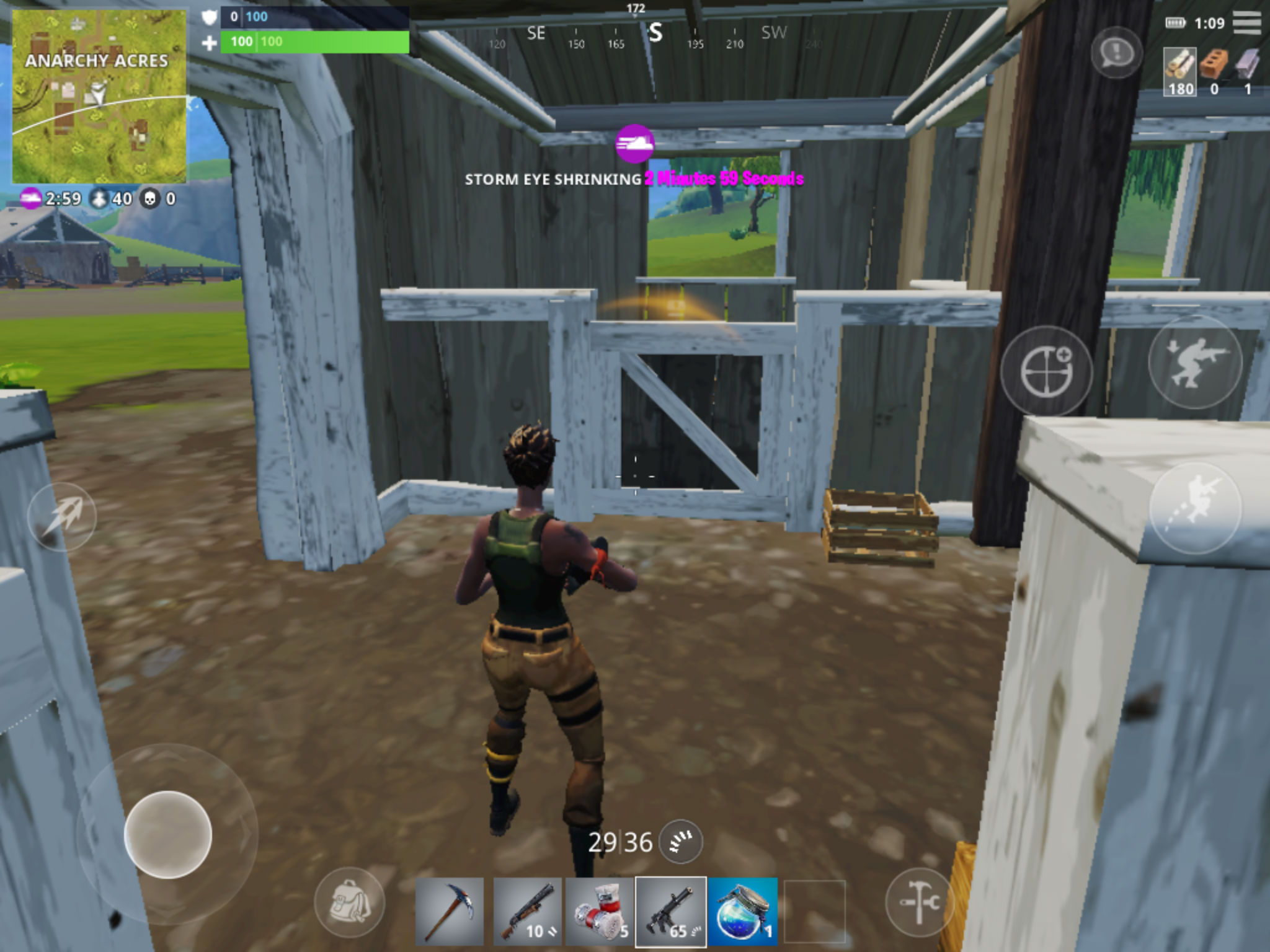 One of the facets that keeps every Fortnite match interesting is the storm that envelops ever increasing sections of the island and makes anyone there … well, dead. You’ll know when things are going to start to get cozier because of the countdown timer in the upper-left corner, and by messages that appear on the screen.

Once a match is underway, opening the map will usually show you something like this: 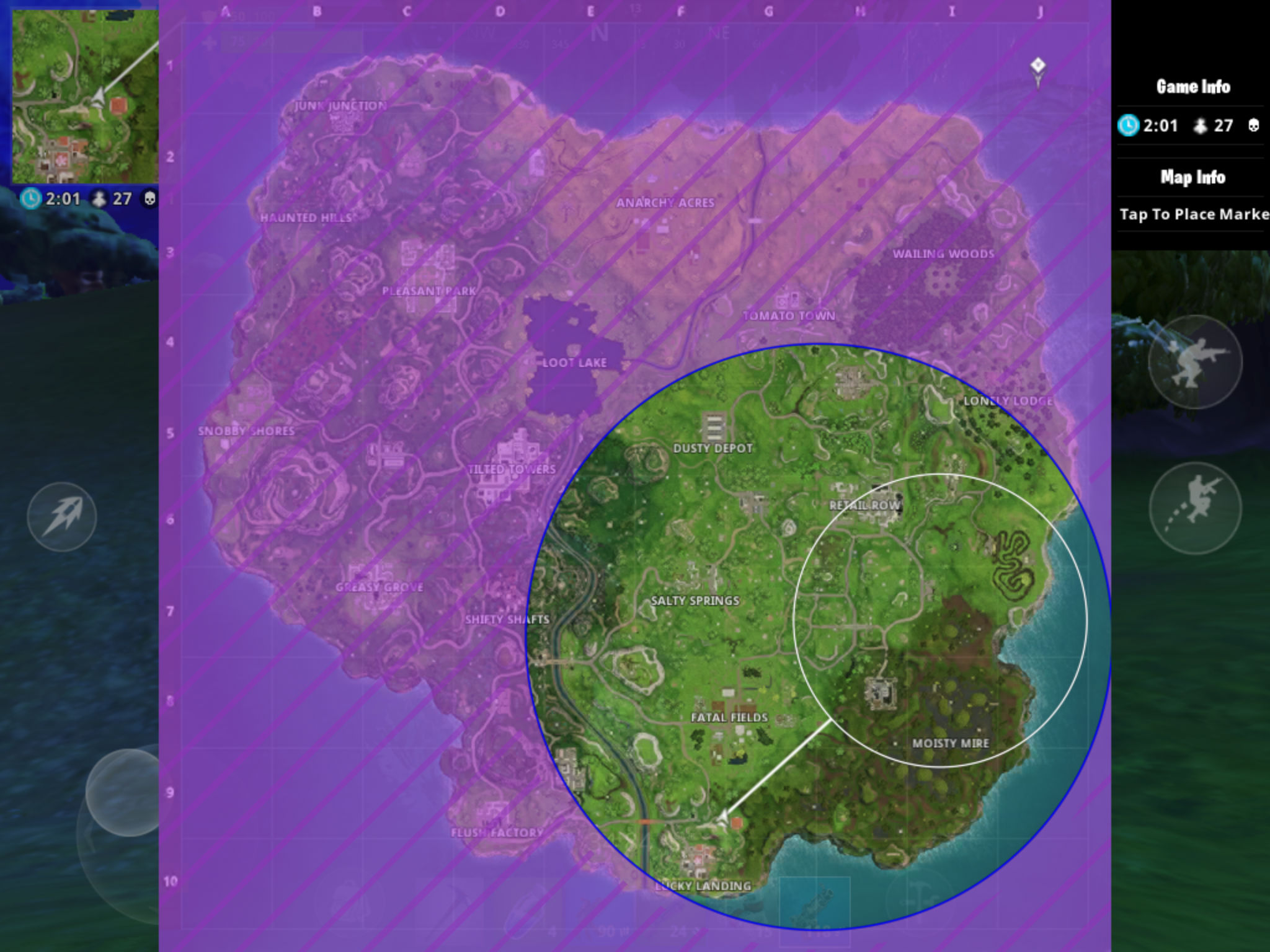 Areas in purple have already fallen to the storm. The larger circle is okay for now but will be taken over by the storm the next time it expands. And the line from the arrow (which indicates your current location), is leading you to the eye of the storm, the place that will still be safe when the storm expands.

Fortnite mobile guide: What you need to know if you’ve never played before

What are the new mechanics in Hearthstone’s The Witchwood expansion?