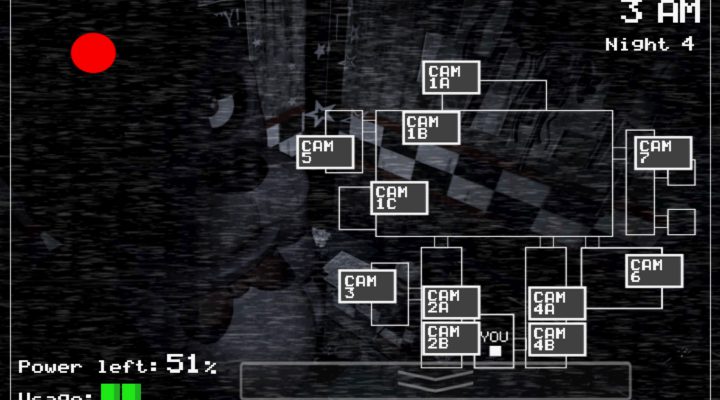 Having trouble surviving five whole nights as a security guard among animatronic monstrosities? Don’t worry – our Five Nights at Freddy’s Tips, Cheats and Strategies should help you survive long enough to collect your next paycheck.

Time and power management is key 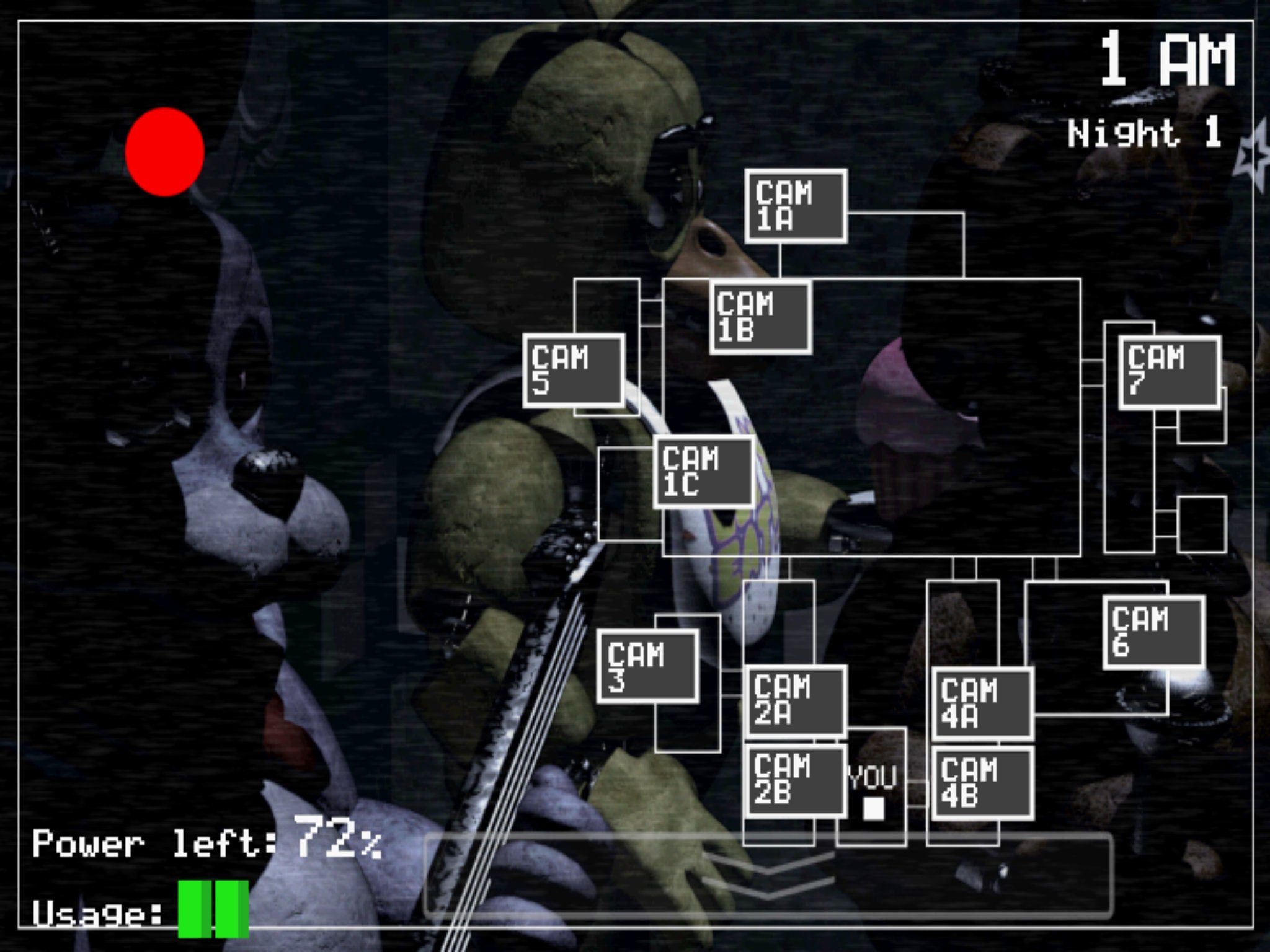 Each in-game hour takes 86 seconds. Power drains constantly. As such, you want to make sure that your power usage is not excessive. Use the camera often, but try to glance as quickly as possible at each room. Don’t use much power early on, as the creatures will take a bit to get to you. So it might only be worth checking the 1A camera and 1C, to see when a creature makes a move, and to keep an eye on Foxy, the fourth creature. Ideally, you want to have at least 50% power once 3am hits, if not more. 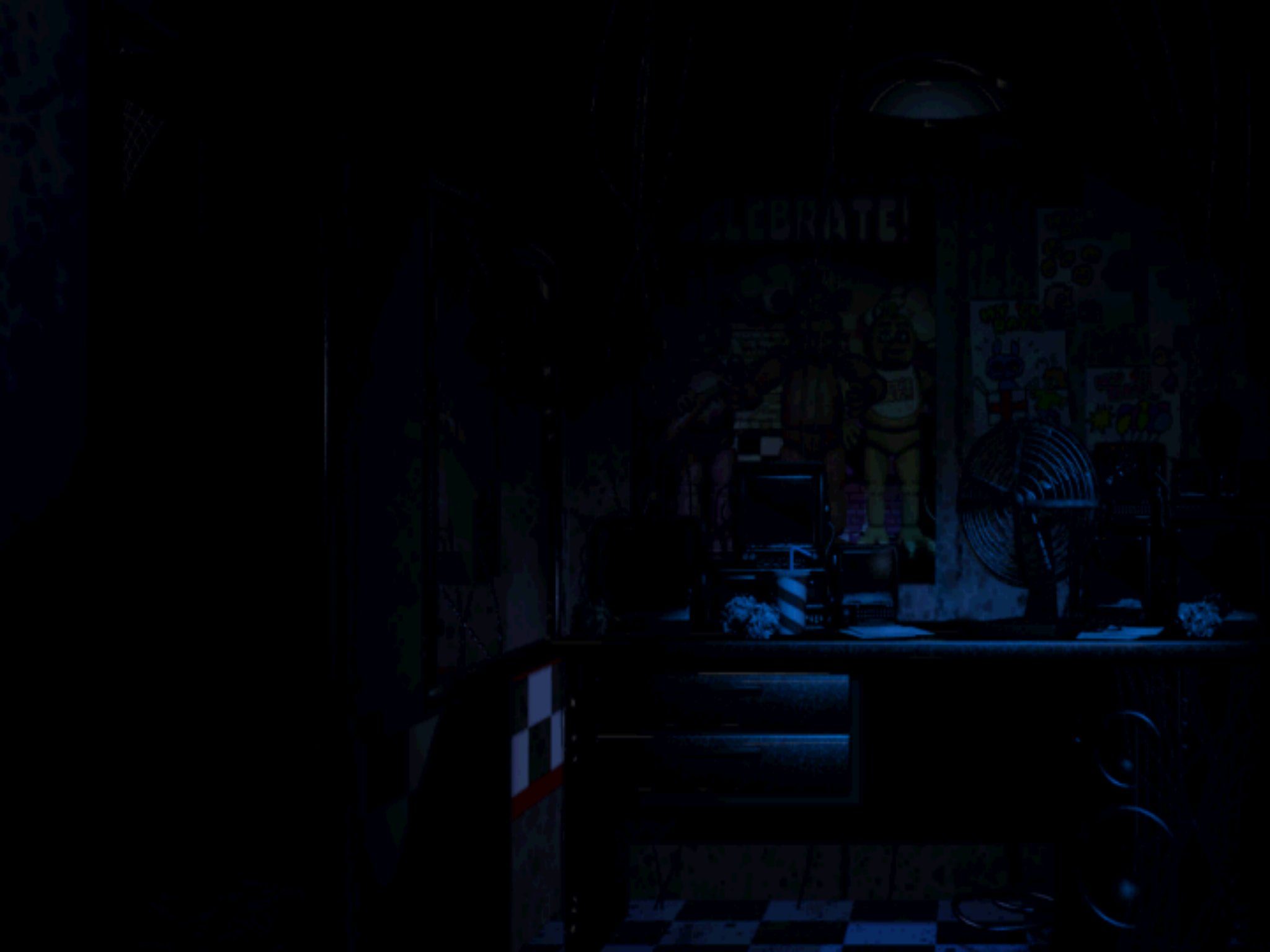 Remember that once you run out of power, the clock keeps ticking, and it’s possible to hit 0% and still win. Freddy often takes a longer amount of time to move in for the kill if you don’t move once the lights go out. Don’t touch anything, and hope that the clock turns to 6am before Freddy’s song ends. 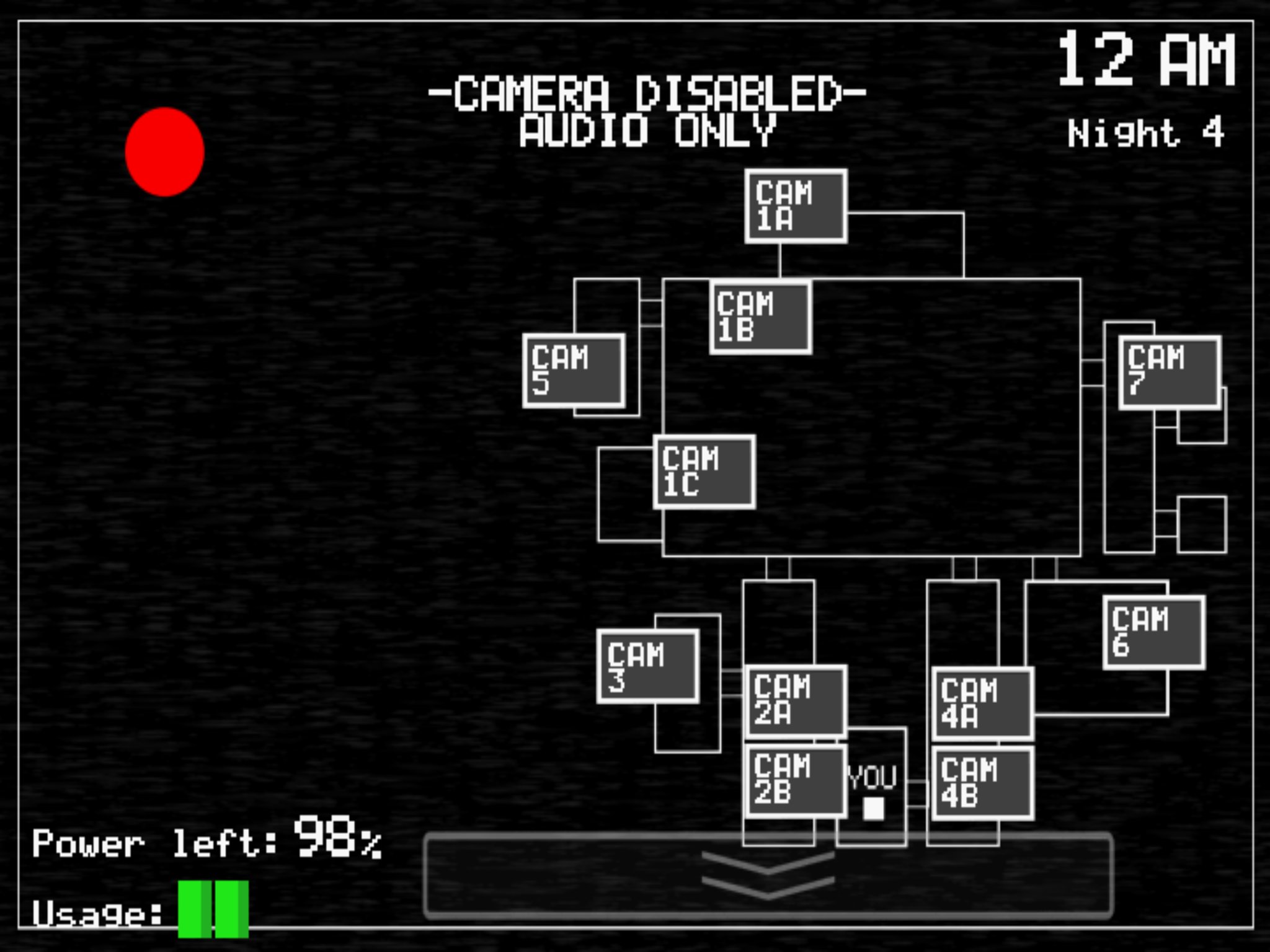 This is the audio-only camera. It’s not of much use, but sometimes you can hear the creatures wandering through there. Conserve your energy and don’t check this camera, the savings may add up to the necessary seconds you need to survive Freddy at the end of the night. 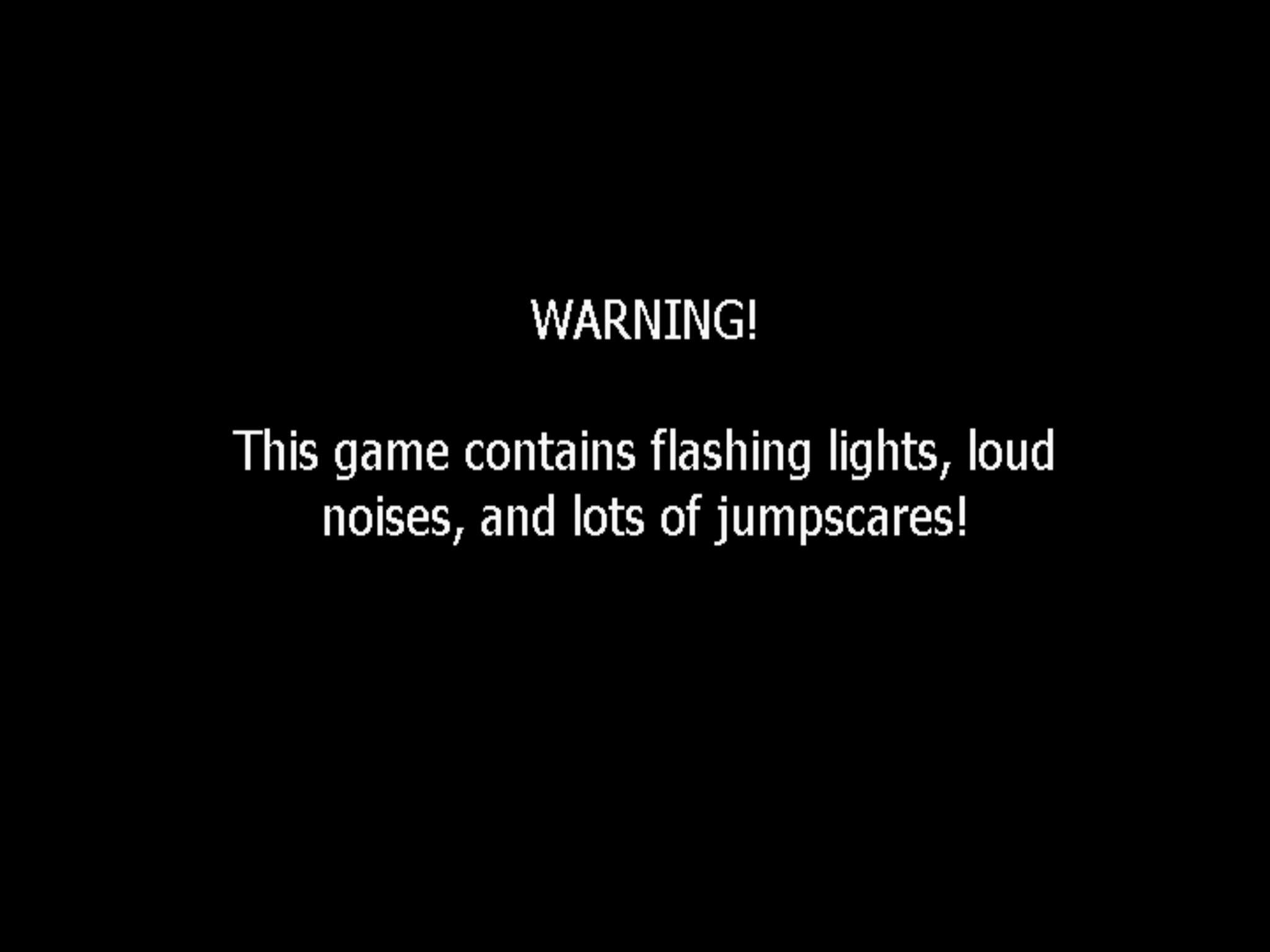 You know how many games say to play with headphones, and they’re not always entirely necessary? This one absolutely is. There are a number of positional audio cues. You can hear the approach of characters and where they’re coming from in many cases, so make sure you have your headphones on!

Bonnie on left, Chica on right 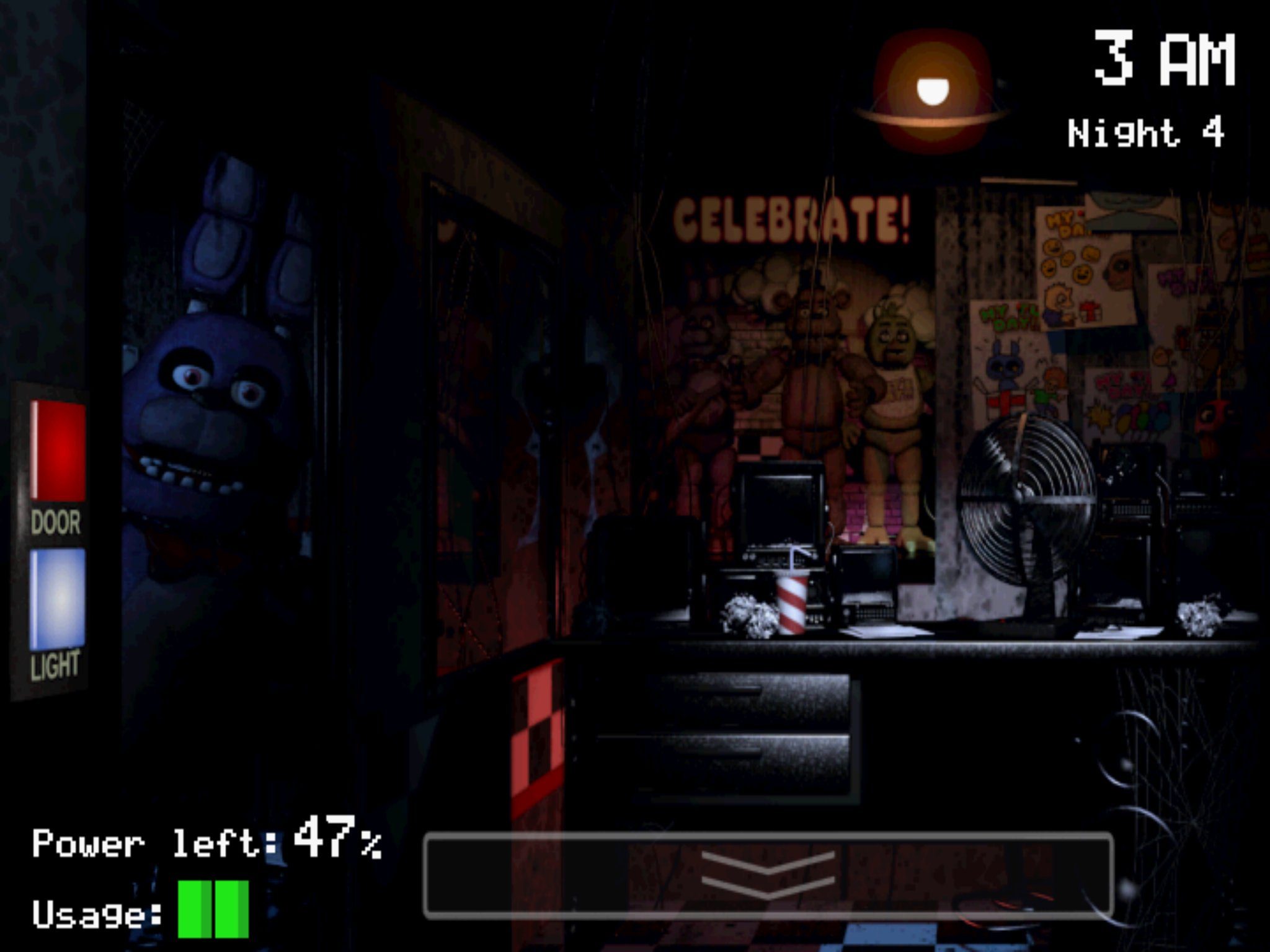 This is the basic rule, that they generally always appear on the same side. Chica moves steadily toward the player, so if you see them on the right side cameras, then be careful, because at some point soon they will be in the doorway. Bonnie tends to move randomly, so seeing them in the left cameras doesn’t necessarily mean anything other than he’s moving. Flick the left light on and off periodically to see if he’s there, and if so, then hit that door button and leave it closed for a bit. Chica on the right has the advantage where you can see them through the window, but it’s possible to see Bonnie’s shadow on the left if you look closely. 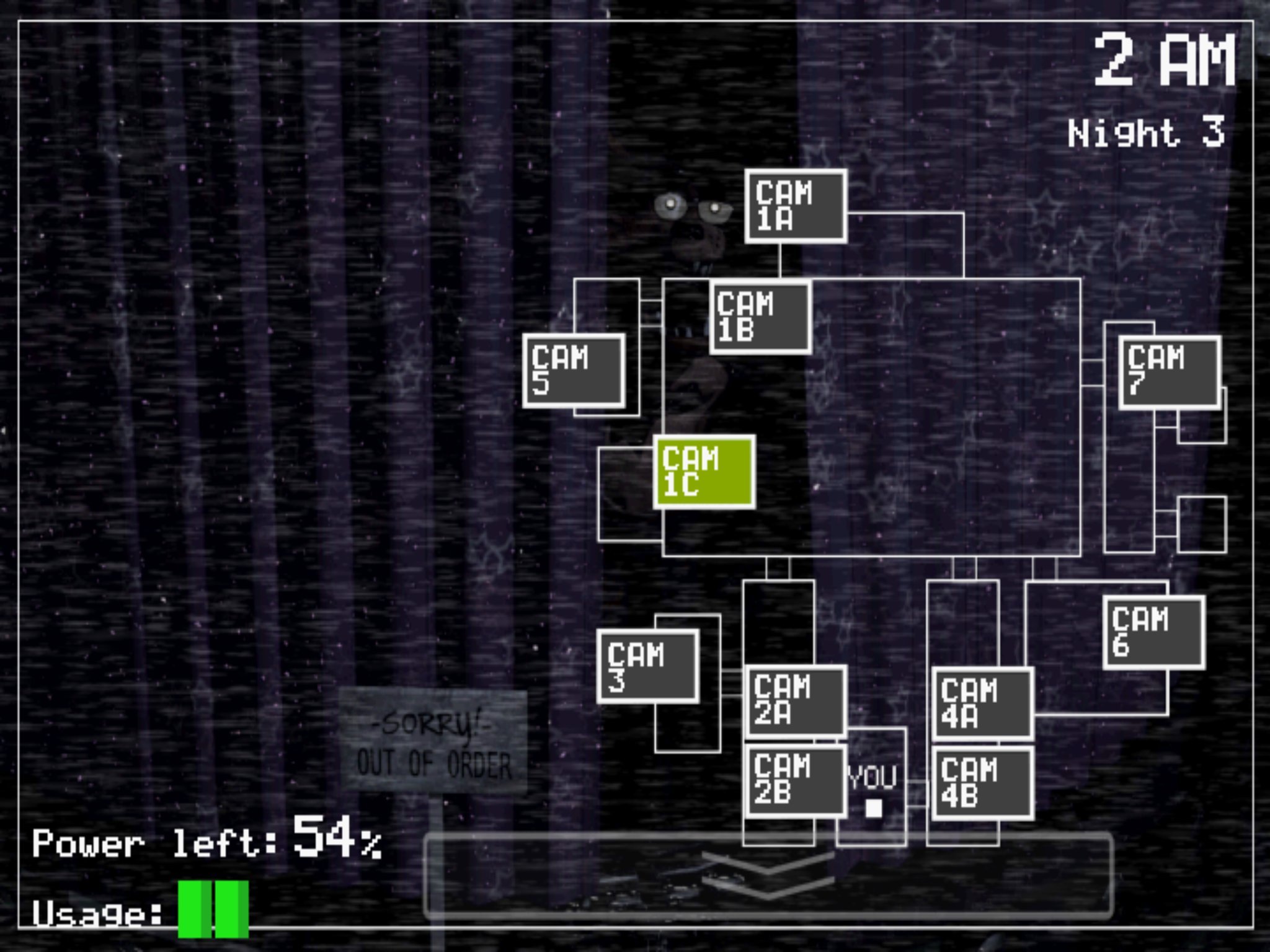 Foxy is the fourth animatronic creature, mentioned in the day three audio, and he’s a creature you need to keep an eye out for. Unlike the others, he doesn’t wander around, he just stays in Pirate Cove. The best thing to do is to keep an eye on him on camera 1C – the more his head pokes out, the closer he is to attacking. Foxy doesn’t like being watched too much, but he also can’t be ignored. If you hear sudden running footsteps coming from the left channel, that means Foxy is running. Put down the left door immediately. If you see a sign that says “IT’S ME!” on camera 1C, get out of the camera view now and put down the left door. He always shows up on the left side.

Keep an eye on Freddy 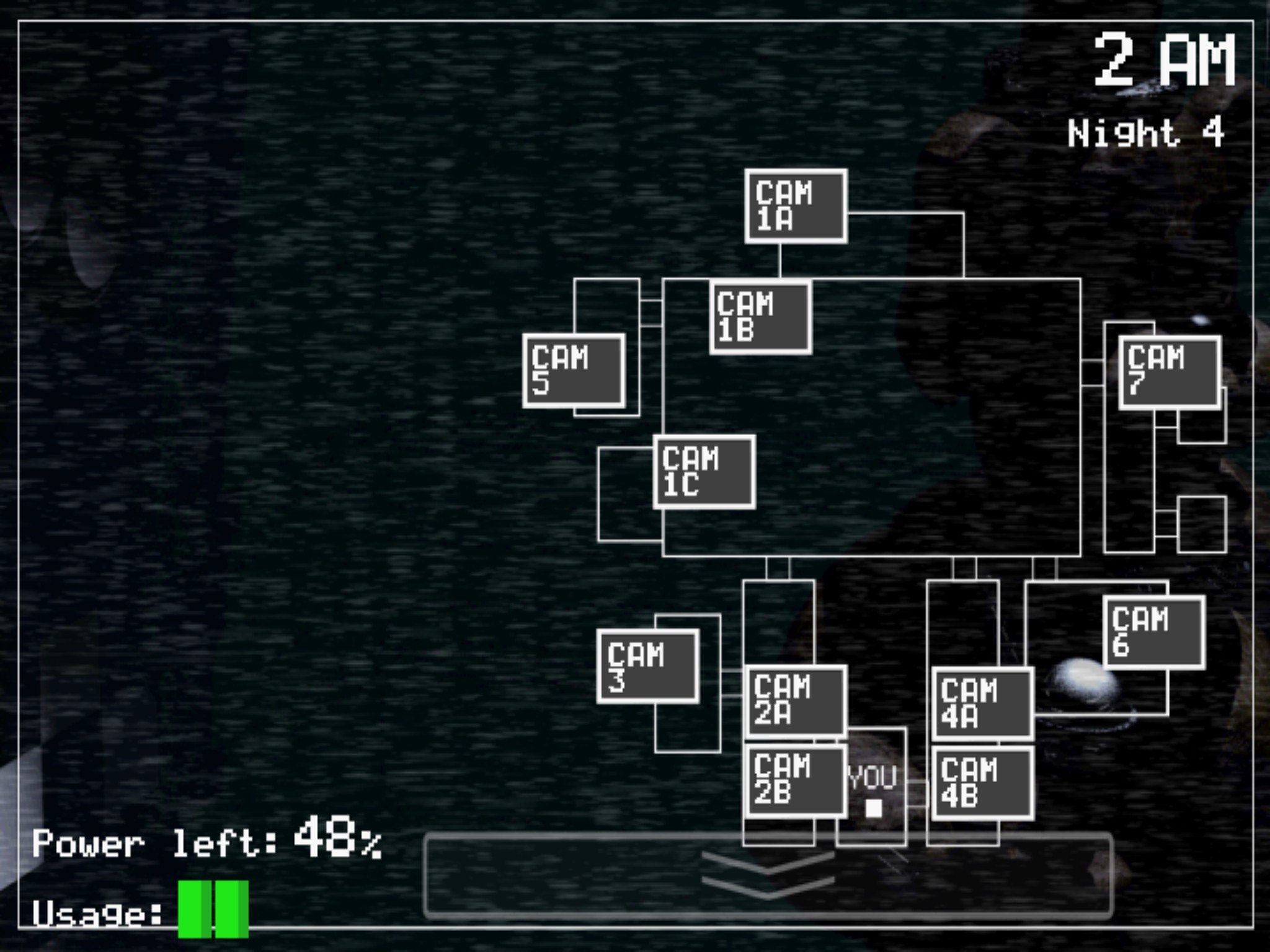 The challenge of managing Freddy is that he can be hard to see and takes a circuitous route. However, watching him with the camera slows him down. He’s a bigger threat later in the week. He darkens the room, so you have to look for his glowing eyes. Be very careful, because he can break through locked doors.

Just keep at it 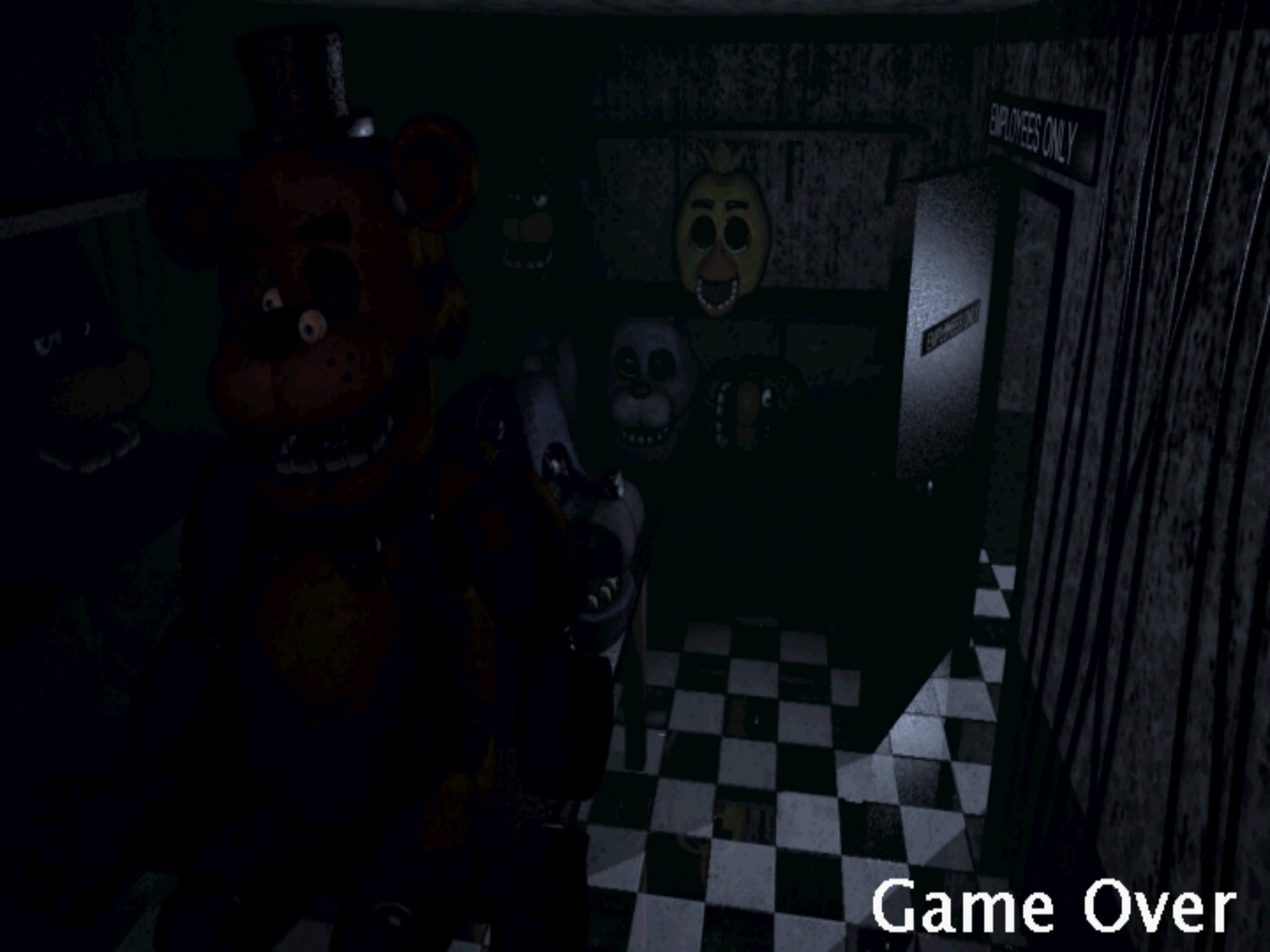 There’s always a bit of randomness to the experience, so stay on your toes, especially around night 5: the game gets especially chaotic, and sometimes the creatures don’t behave as they did before. This is why it’s best to develop good habits while playing instead of aiming for specific strategies, because if you play smart, you can adapt to anything that happens….if you’re brave enough. And the game isn’t any less scary in the middle of the day, either. Have fun!

How to Play Ingress