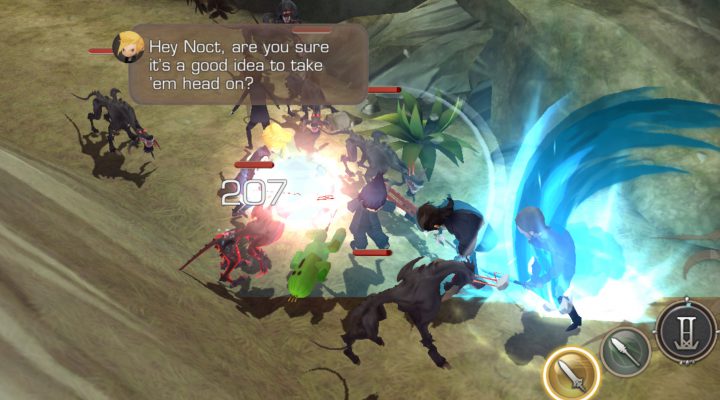 It’s hard being a prince. At least it’s hard being a prince when you’re betrothed is a world away, your dad gives you the bum’s rush out of your kingdom and more forces are working against you than you ever imagined. Then again, Prince Noctis, hero of Final Fantasy XV: Pocket Edition, at least has three loyal companions and the ability to make weapons out of thin air, and that’s not nothing.

He also has you at the controls. Or at least he will once you read our Final Fantasy XV: Pocket Edition tips and hints, the better to start you on your way to surviving the world of Eos.

Everything in Pocket Edition has been made over with touchscreens in mind, and the controls are about as simple as they can get. You move and fight with only Noctis, as his companions act automatically with one important exception we’ll get to shortly. Simply tap to move around, tap on the bubbles above NPCs’ heads to talk to them and … well, mostly tap on everything. Unlike the console version, this isn’t an open world game, so if you try to go somewhere you aren’t permitted to go, you;ll be gently guided back to the area in play.

A single hamburger button in the upper-right corner houses all you menus and other useful goodies. It defaults to showing you the map but you can also access your gear, skill tree, items and shops from there. 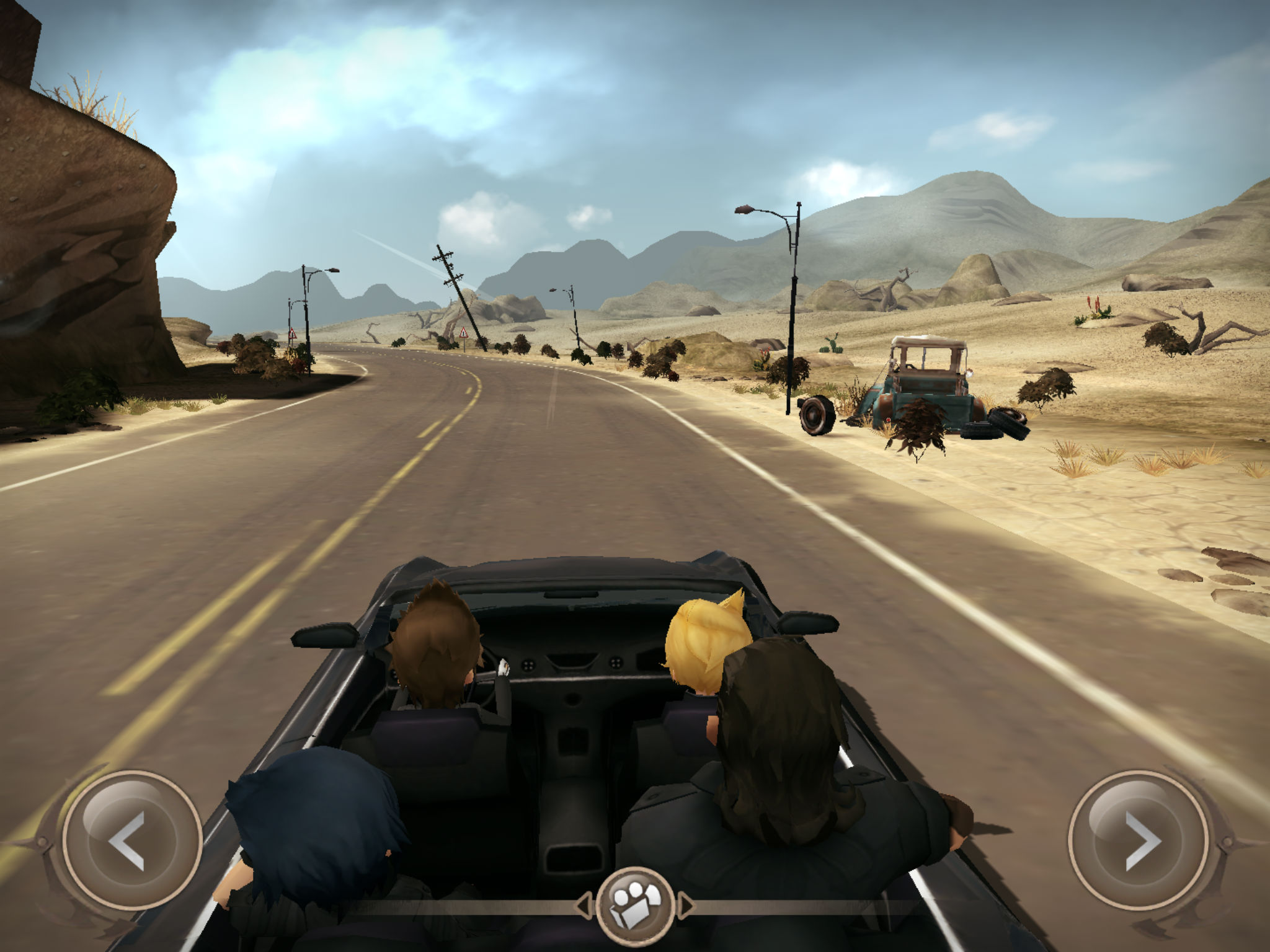 In some parts of the game, you’ll find yourself in Noctis’ car, the Regalia. The car is on tracks and will drive to where you need to go, though you can also steer it using the arrow keys at the bottom of the screen. Might there be a purpose for this? We won’t spoil that here.

Combat, or the art of ghostly weapons

When it’s time to throw down, Noctis can handle himself just fine thanks to his power to create spectral weapons. You still need to equip him with swords, however. In combat, you simply tap on enemies to target them and Noctis will attack them when within range. 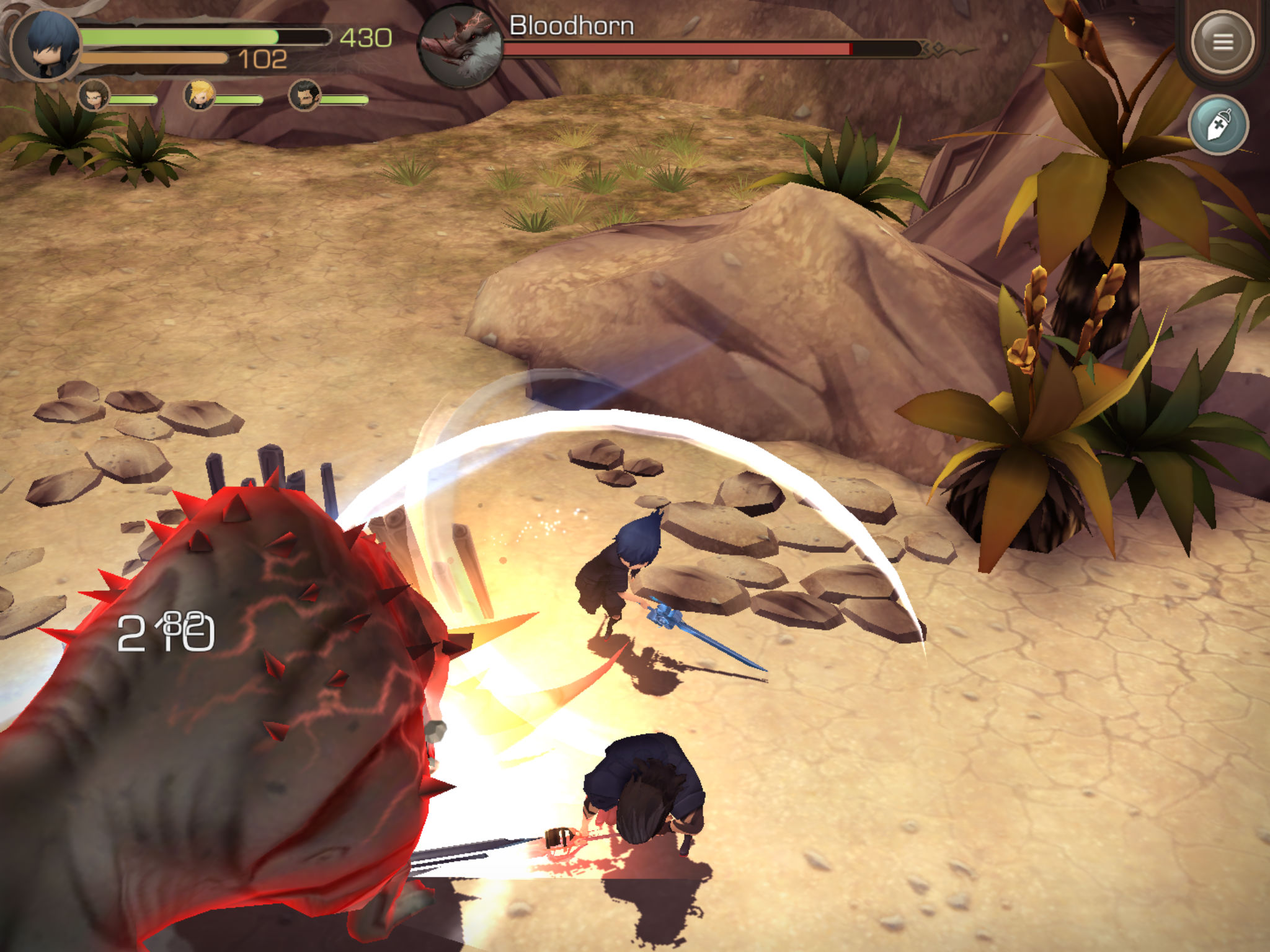 He’ll also take some hits while he fights, though any big blows will give you the chance to parry or dodge. The game will slow down slightly and a crossed sword icon will pop up; tapping it in time will parry the blow and Noctis will deal damage to the attacker. Waiting slightly longer will offer a dodge icon instead, allowing Noctis to avoid damage but deal nothing in return. Wait too long and whammo, you take all the damage.

Noctis can also warp strike enemies if you tap and hold down on them, causing him to teleport directly to them to attack. This uses up magic points, so you’ll want to do it only when foes are particularly vulnerable or in hard to reach places like on very high ground. 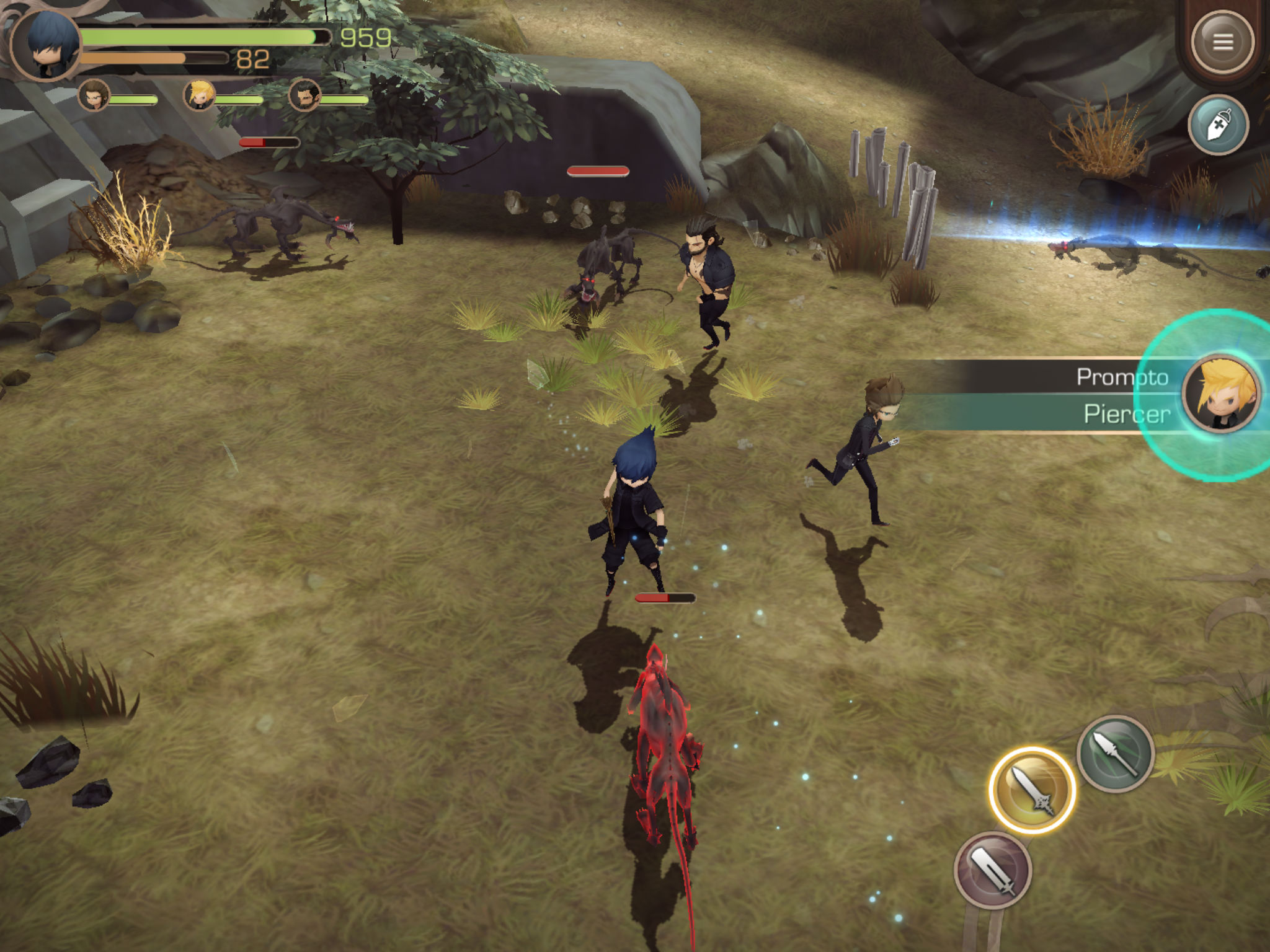 Finally, Noctis’ companions each have special skills that can be activated after a certain amount of time in combat has passed. When available, they will appear as small circles on the right side of the screen, and you simply tap on them to utilize the attack or other ability.

Upon leveling up, your characters will earn AP which are pooled to use in the Ascension chart — like we said, just a fancy way of saying skill tree. This allows you to purchase new passive and active skills for Noctis, with nodes further down the tree costing more than the ones near the top. 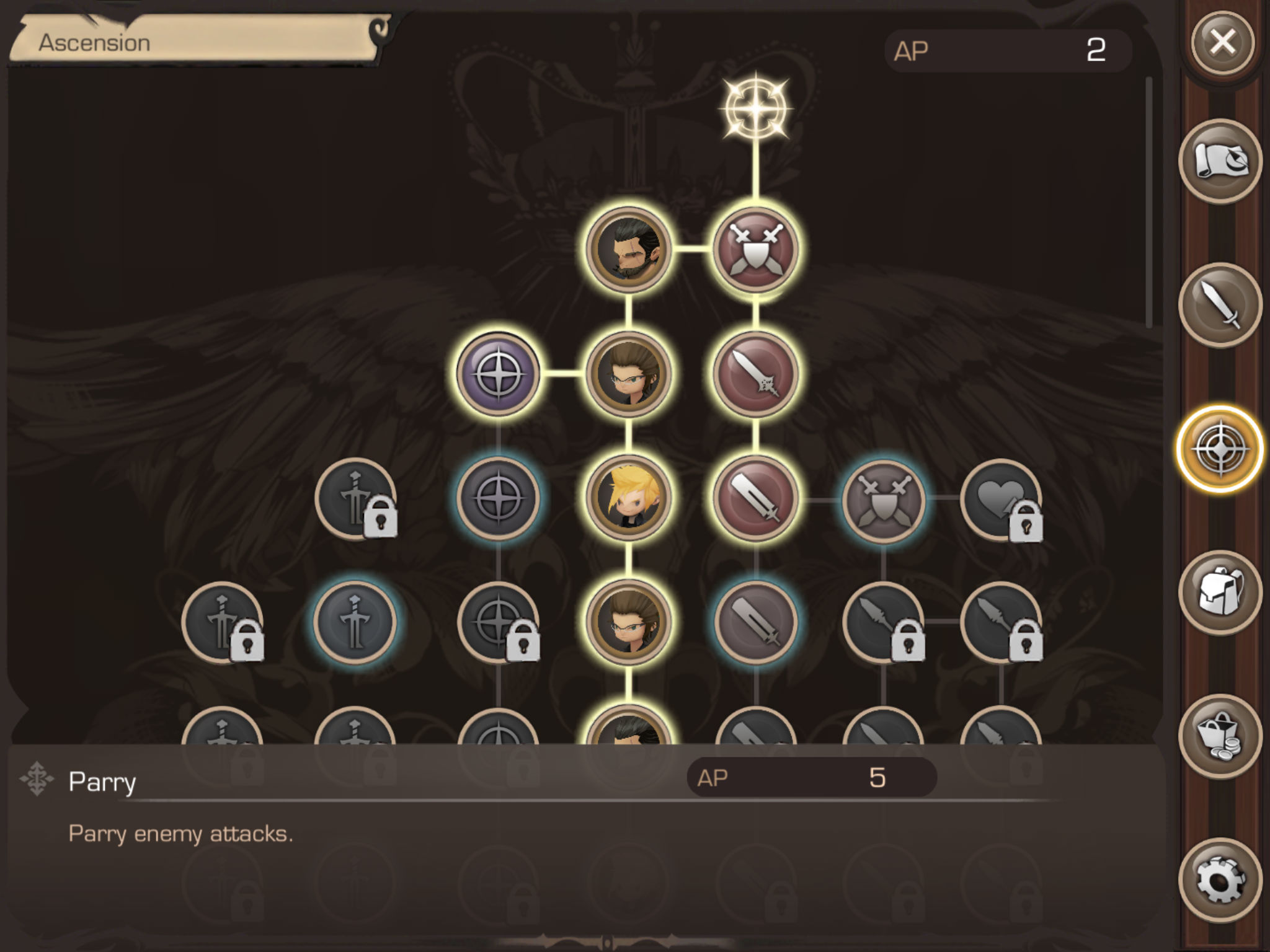 However, the Ascension tree also contains nodes for your companions, so there are some decisions to be made along the way. Do you continue to work on Noctis’ combos or grant more power to Ignis? It’s up to you, and the flexibility the system provides is actually pretty nice.