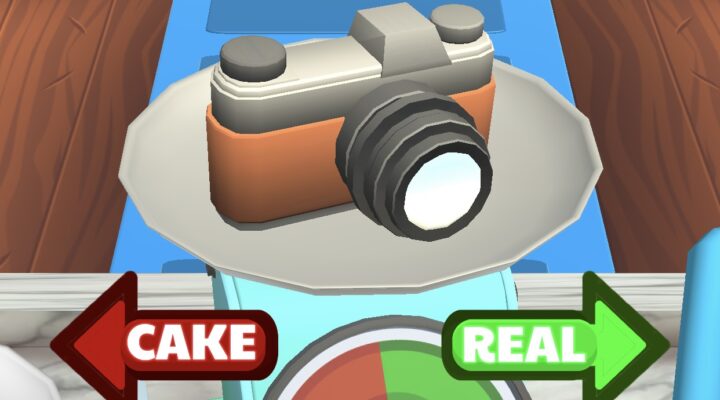 Fake Buster 3D is a game about sorting out the real from the fake. You’re checking over goods, using a variety of different techniques to figure out whether something’s legit or a shoddy copy. There are a lot of challenges waiting for you, and you’re going to have to be on your toes to spot the contraband merchandise.

So we thought it was a good idea to write up a guide to help you out. This guide, in fact. It’s made up of the various strategies we’ve discovered during our time playing Fake Buster 3D, and now we’re only too happy to pass them along to you. With these suggestions you’re going to be spotting dodgy things all the time.

Just starting out on your forgery-finding journey? Already nailed a few counterfeiters for trying to pass on sub-standard goods? Whatever the case, you’re going to find something here that’ll take your skills to the next level. Here are the best hints, tips and tricks for Fake Buster 3D. Do what you’re told

Sometimes you’re going to know something is fake, but you can’t make your decision yet. You’re going to have to fill the various bars that are tracking the actions you’re performing. Do that and you’ll get your chance to say if something is real or fake. Your first inkling is usually right, but the game needs you to go through the motions to prove it. The challenges eventually repeat – so make sure you remember what you need to do to get to the end of them. Some will come back in slightly different forms, but more often than not when you’ve done something once you’re going to know how to do it again.

Use your common sense

If there’s a brick in a phone box or an emoji carved into a medieval shield, then you’re probably right in thinking that they’re fake. A lot of the game involves just using your common sense – it’s rare that something that looks obviously fake is going to be real, so go with your gut. What’s the cash for?

As far as we can tell, there’s nothing in the game that you can actually spend the cash on. It’s more like a score than a usable currency. Collect as much of it as you like, but don’t worry if you get less than you think you should – it really makes no difference whatsoever.

Diablo Immortal Character Guide – Which Class Should You Choose?