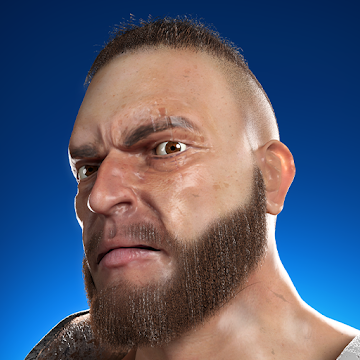 Evil Lands is a brand new mobile MMORPG that challenges you to explore a wide variety of fantastical locations as you battle orcs, skeletons, and various other evil creatures. You can do so as a beastly warrior, stealthy assassin, or wise mage.

In this guide, we’re going to help you settle into Evil Lands a little easier by explaining how the games many systems work. We’ll also provide you with a few handy tips and tricks on how to survive, fight better, and grow your character into an actual powerhouse.

Evil Lands isn’t your traditional MMORPG. Rather than explore a vast world, the in-game world here is made up of three separate locations. There’s also very little to do but grind monster or complete quests. Heck, even the quests involve grinding monsters

Each of the three islands has a series of quests you can complete to earn XP and level up your character. When you level up, you’ll receive five Attribute Points that you can spend on the following Attributes:

Once you’ve unlocked a skill, you can slot it into your skill bar and use it in combat. You can also level up your favourite skills at any moment – provided you have enough gold. You earn gold by killing monsters.

Monsters occasionally drop gear, which you can equip provided you’ve reached the level requirement for that specific piece of gear. Much like skills, you can level up gear using gold, but you have to collect multiple pieces of the same gear to upgrade it. Open up your inventory and you can see how many pieces of that same gear you need to pick up to upgrade it.

This system encourages you to hold onto even the most basic gear, as you can upgrade it into an absolute powerhouse later on.

Gems are the premium currency in Evil Lands, and they allow you to purchase chests, which include gold and gear, and to reset your Attributes, if you fancy changing up your approach. You can also exchange gems for gold if you’re running short.

There are two ways to earn gems in Evil Lands: complete quests and buy them outright using real cash. Quests don’t provide a lot of gems though, so if you’re serious about PvP and don’t want to put in the grind, you might need to drop some real cash.

Evil Lands doesn’t explain this at all, but you can actually teleport back to base at any point by tapping the icon at the bottom of the screen just to the left of the dodge button. There’s nothing to do at base but you are safe from monsters, so it’s an ideal place to leave the game dormant if you need to do something else quickly.

If you’re struggling with a boss, you can use your horn at the top right of the screen to signal other players to come and help you. Again, this is never explained but it’s a nice feature nonetheless.

How to Maximise Your Rewards:

This section of the guide will give you a bunch of tips and tricks designed to help you gain the most out of your time with Evil Lands. It will be particularly helpful for those of you that don’t want to spend a penny:

In this final section, we’re going to provide you with a bunch of tips and tricks to help you survive the many combat encounters you’ll face in Evil Lands: