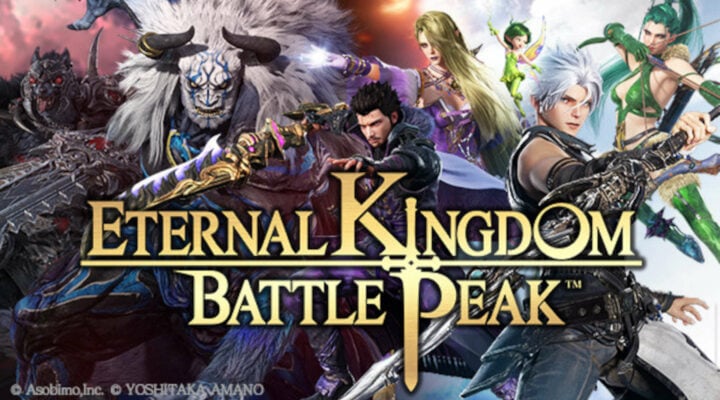 Eternal Kingdom Battle Peak is an MMORPG by the mobile masters of the genre, Asobimo. You select a class then head out into the field, battling monsters to level up so that you can take on more challenging content. PVP plays a huge role in this one, with a Siege mode offering warfare for up to 200 players, which is impressive. It’s also cross-platform, offering play between PC, Mobile, and PlayStation.

You can learn more about the game on the official site. If you’re a fan of mobile MMORPGs, we’ve got plenty more content for you. Make sure to check out our Noah’s Heart tier list, Tower of Fantasy tier list, and Zenless Zone Zero tier list.

Below, we’ll round up all of the Eternal Kingdom Battle Peak jobs that we’re currently aware of, including all information we’ve uncovered so far. If you like fighting from a distance with ranged weapons, and using traps to prevent your enemies closing the distance, you’ll love this class.

A gunner who snipes his prey from a distance. They not only use firearms, but also bombs and traps to cleverly toy with their prey. With a deep knowledge of mechanics, they can deploy a special machine called a turret. The healer and support class, wielding a staff to rescue allies from the brink of defeat.

A priest who has received the blessings of the holy moon. Exercise the art of healing and save your allies from danger. Its mystical power is said to work miracles that heal even dying wounds. Wielding a scepter and tome, the mage will likely be the biggest damage dealer of the group.

They fight with magic, and are sorcerers. They control the elements in the atmosphere with their magical power and cause various phenomena. With their supernatural power and wisdom, they make breakthroughs. A tank and support hybrid that’s perfect for those that like to play a role with some variety to the gameplay.

A holy knight who adheres to the Rutheran religion. A noble warrior who helps allies and people with the power of protection. In addition to hand-to-hand combat tactics, they also control the magic of healing. The classic warrior, capable of giving as much as they get. This is the class to play if you’re new to MMORPGs.

A warrior of steel with a well-trained body and skills. Skillful with sword, axe, and shield, and active in both offensive and defensive roles in melee combat. The fighting spirit built up in battle is burned to unleash a powerful special move.

And that will do it for our Eternal Kingdom Battle Peak classes list. Make sure to grab the game via the links at the top of this page, check out our related content on paragraph three, and bookmark this page to keep updated with new classes as they arrive.