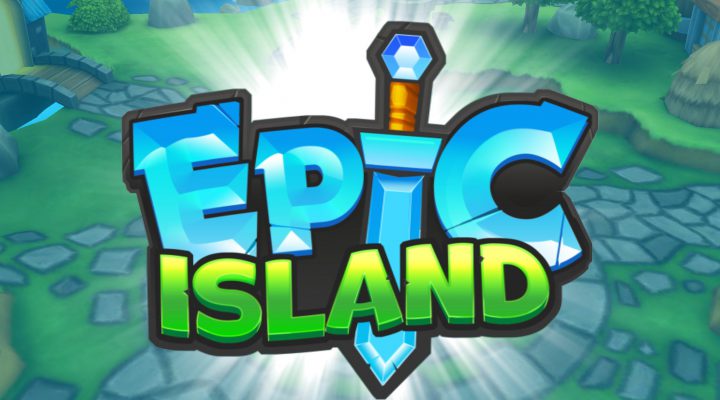 While Epic Island is about strategic management and patience with wait timers rather than any kind of twitch skill, there’s still a lot that can be done with the game to get better loot and stronger characters faster. Gamezebo’s Epic Island Tips, Cheats and Strategies should help you advance your heroes cause with ease. 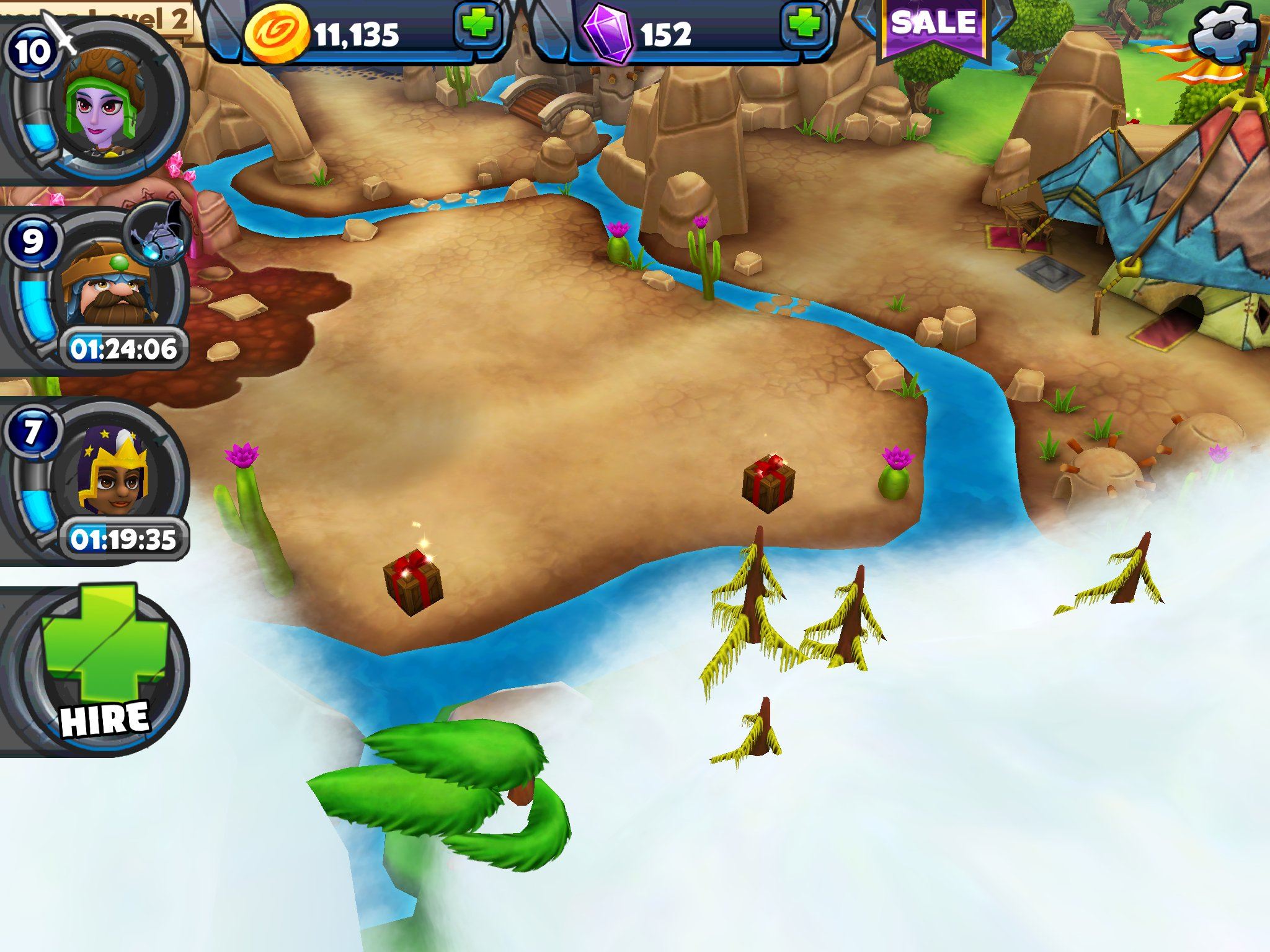 Especially if you’re trying to play the game without spending much money, you need to be a present fiend. The presents scattered through the map randomly have gems in them. They don’t always have gems, but they have them often enough that it’s always worth trying to collect them whenever they’re on the map. They reappear every few minutes after being collected. Don’t try to cheat the system by closing the app and reopening it, or any funny business like that – you just have to wait for them to reappear. Seriously, I tried and never got it working.

Be smart about fighting in the arena 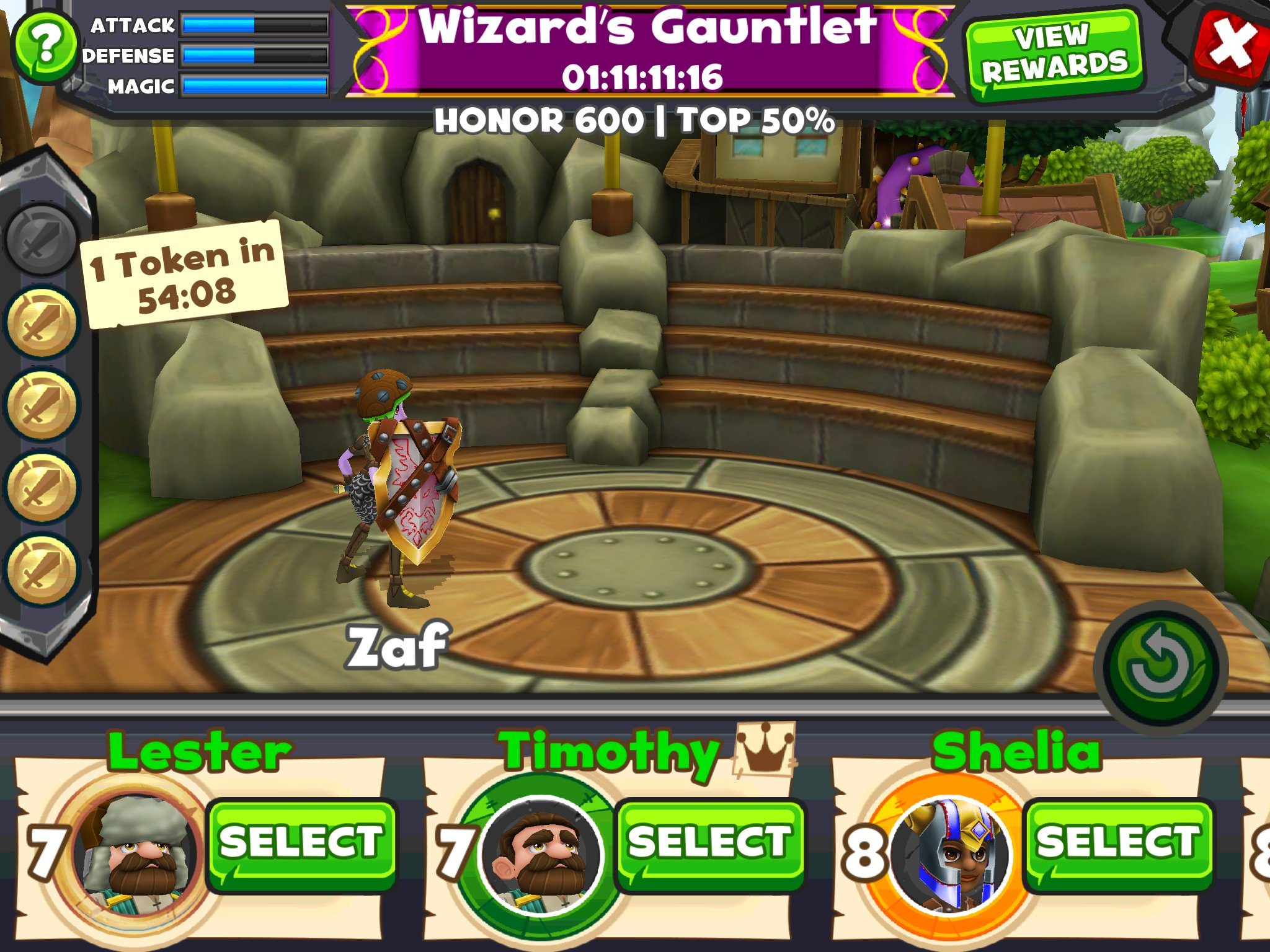 The arena is a great way to level up characters, at it can net a lot of fame. If your character has some items you’ve been crafting to higher levels, or you’re lucky enough to have rare ones, I recommend giving higher-level characters a shot to battle. You’ll often earn more fame than you would have fighting a similar-level character. As well, if you beat an opponent once, you can fight them again for the same rewards multiple times – as such, it’s worth doing that when you can.

Now, one character is locked in to the arena battles at a time – as such, you want to time the enemies they’re fighting so that you don’t have them fighting someone while there are five arena tokens to fight in those battles, because the arena offers much faster level ups, and lucrative rewards.

The titans are of limited utility 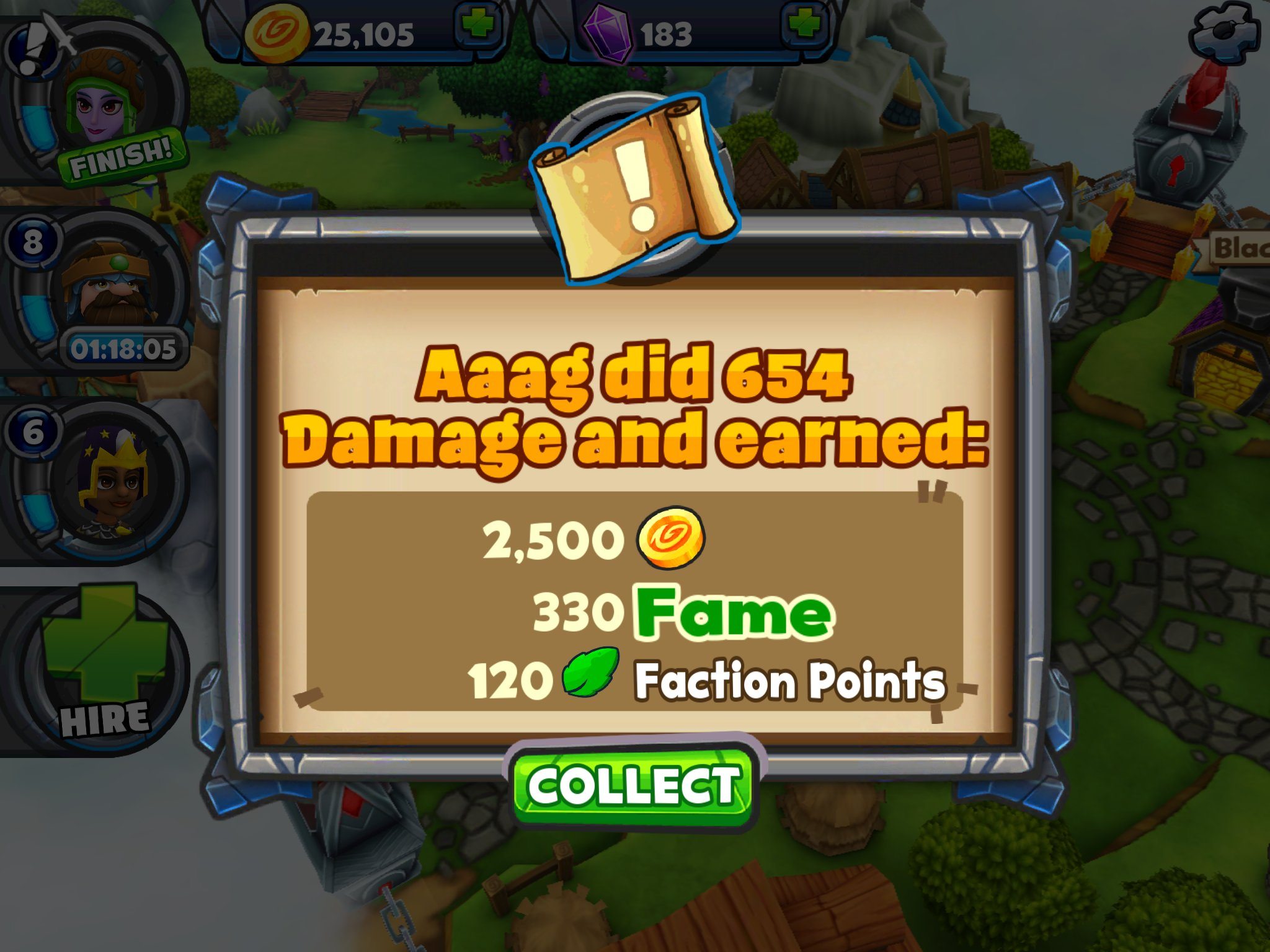 Fighting the various titans are only really worth it if you’re going for the rare loot for being one of the top players. Otherwise, it is something of a poor use of time for a character, as the gain in fame is smaller than fighting an enemy for a certain amount of time. But there’s some great items to be had. It might be best to use your highest-level character against the Titan, so that lower-level characters can catch up by fighting the powerful creatures that are out there, usually in smaller numbers. 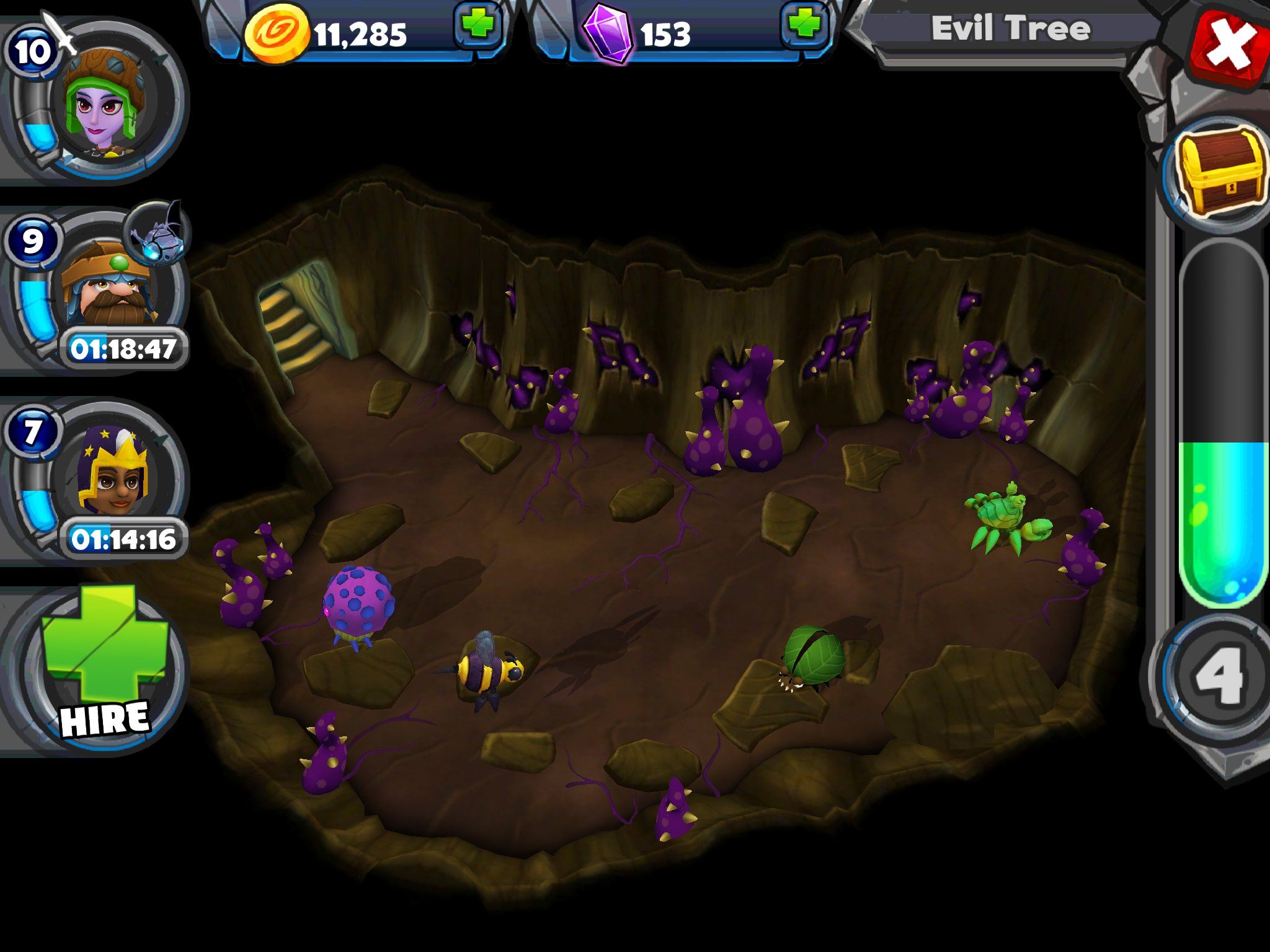 As you reach new worlds, you may be tempted to focus your efforts on attacking the enemies in these later dungeons. Don’t be. You can get valuable chests by continuing to level up earlier dungeon. As well, the creatures that are easy and only take a few seconds to beat? They drop plenty of low-level loot. This loot might not be worth much or useful to your characters, but a bunch of them can help level up existing powerful items. And potentially even help make items more powerful, in a crafting pyramid scheme: craft better items to serve as better forging materials for the items your characters are using.

Be aware of crafting effects 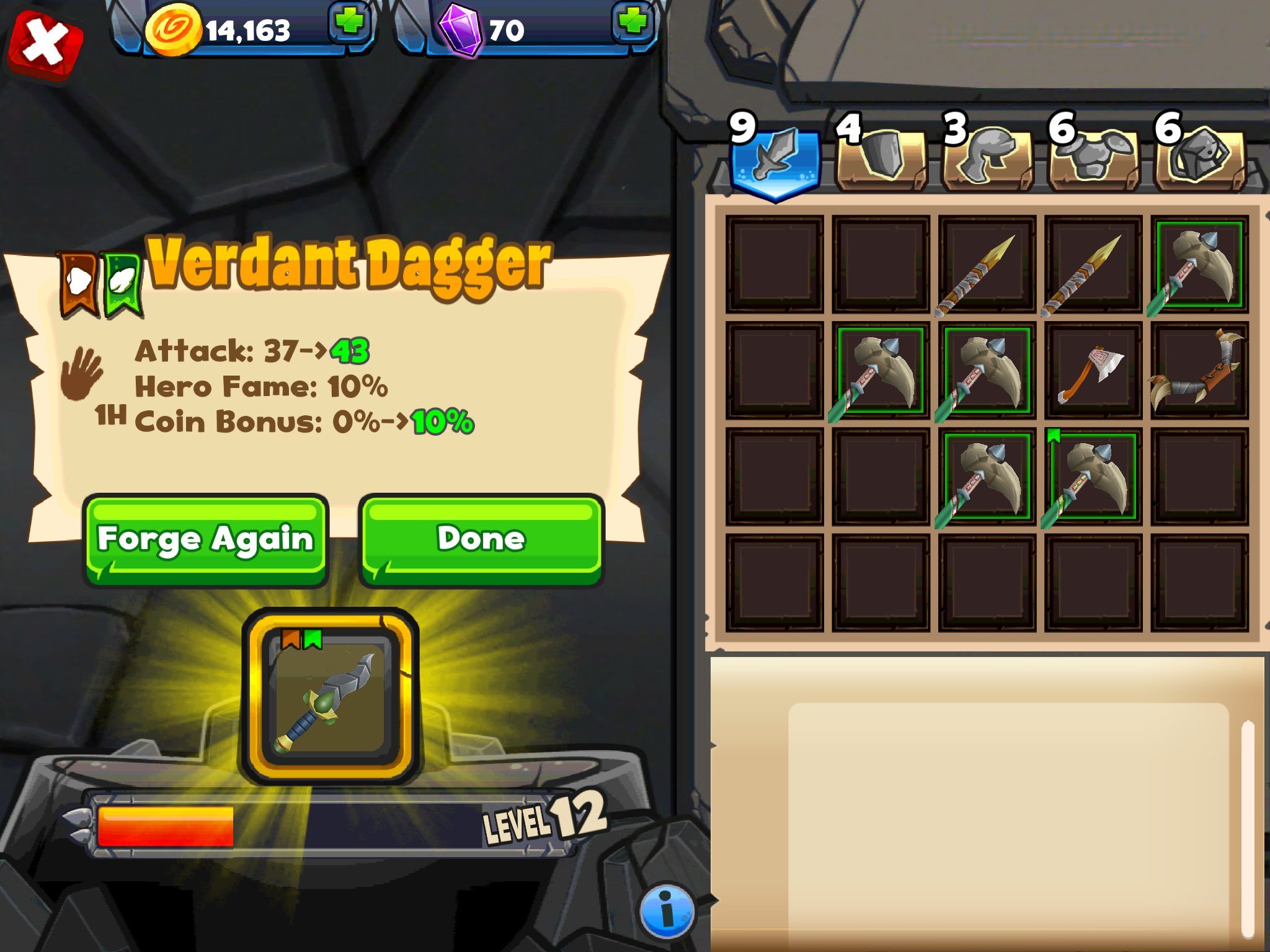 Elements and effects from items you craft to a base item can be applied to that one, helping to make it better. The problem, however, is that items can have a limited number of elements and effects. If an item you’re using as crafting material has a third element, the final item will have a random choice of those two elements, which can be a problem if you like the elements the base item has! So don’t craft recklessly. But do know that rarer items will grant bigger crafting bonuses when used as materials, and you can often add useful effects from materials to base items. As well, you can craft the items that characters currently have equipped while they’re battling, which is just convenient.