By Zak Wasilowski | 1 month ago 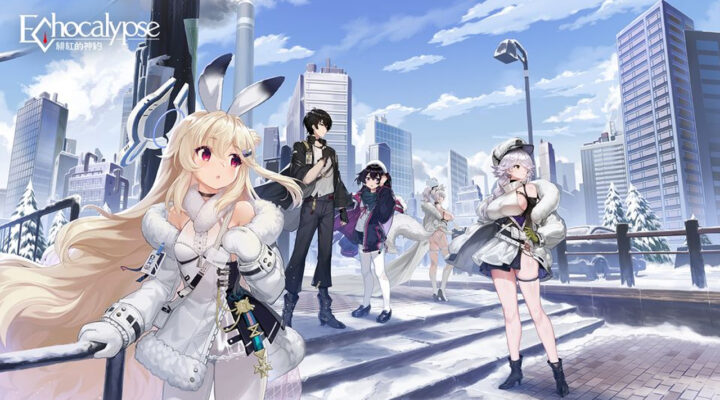 Want the best possible start to Echocalypse? Then look no further. The new strategy gacha Echocalypse has just been released, meaning it’s entire fanbase is just starting out. New beginnings in new games can be tough, but that’s why we’ve created this Echocalypse reroll article. Rerolling a desirable character is a great way to race ahead of everyone else and helps you get stuck into the game. On top of this, you may even end up with a character that lasts you until the endgame.

Echocalypse is the new strategy, sci-fi gacha released by YOUZU on android and iOS. You play through a single-player campaign, fighting to restore order to the post-apocalyptic world. Along the way, you’ll enlist Kemono Girls to help you on your quest, along with playing through a variety of side-missions.

Now, onto the rerolling…

Rerolling is a common route that many gacha gamers go down. At the start of most gacha games, in this case – Echocalypse – you can unlock a character through a draw.

When Should I Reroll in Echocalypse?

We recommend you reroll as soon as possible in order to take full advantage over an S tier character in the early stages of the campaign.

While rerolling does happen around the start of the game, some actions are required before you can perform the practice.

Unfortunately, this will take you around an hour due to step #4. However, once these are complete, you’ll be ready to reroll!

How To Perform An Echocalypse Reroll

Once you’re satisfied with a character, we recommend that you bind your account to a different Google, Facebook, or Twitter account to reduce the risk of data loss. You don’t want to have to go through all of this all over again!

That’ll do it for this reroll article. Make sure you grab the game from the links at the top of the page, check out the related articles in paragraph three, and check out the official Echocalypse twitter page.