Home / Walkthroughs, Tips, and Cheats / Echocalypse Guide – How To Get Started

Echocalypse Guide – How To Get Started 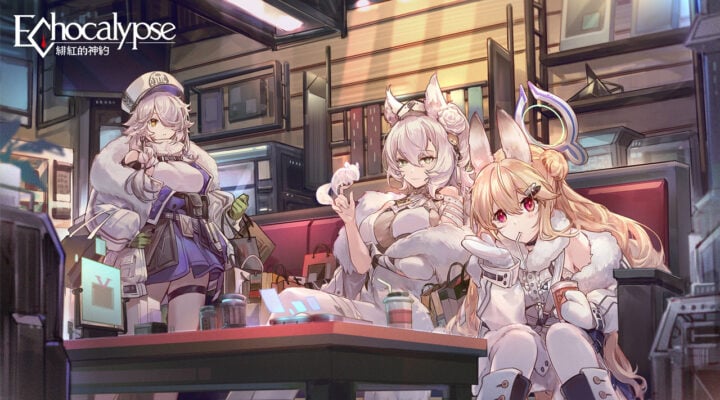 Want to improve your knowledge on Echocalypse and race through the progression system? Then you’ve come to the right place. Echocalypse can be difficult, so we’ve compiled an Echocalypse guide in order to help you on your way in restoring order to the post-apocalyptic world.

Echocalypse is a new strategy gacha RPG released by Yoozoo Inc in October. The game is set in a beautifully decayed world, in which your main goal is to restore order. To help you on your journey, you’ll enlist the help of Komono girls, who will make up your small team of fighters. There are also plenty of side quests along the way, such as rescuing your long-lost sister, so there’s plenty of content to keep you busy!

Let’s get into the article at hand. By the end of this guide, you’ll be equipped with a solid plan on how you’ll go about tackling the world of Echocalypse.

Something that will help you breeze through the early stages of the game is having an S-tier character. Thanks to a cheeky little method called reroll, it is possible to achieve this.

At the start of most gacha games, you are allowed to draw a character, which is where you can draw a randomly selected character for cheap. You can only do this once at the start of the game. Sometimes, you can get really lucky and acquire an S-tier character right off the bat, but other times you’re most likely to draw an average character.

Because of this, you reset the game, and re-roll (hence the name) to see which character you get the next time around. This process is repeated until you’re satisfied with the character you draw. We made a step-by-step Echocalypse reroll guide, so make sure you check that out.

In Echocalypse, you send your generals into battle and hope that they win. One obvious way to increase the chances of a win is to upgrade the levels of your general.

General level is tied to your account level in this game, so we recommend that you are constantly on the farming grind. This will eventually strengthen your team as a whole, getting you closer to that win.

The downside to this is that eventually you’ll run out of resources due to the constant upgrades. Our solution? Select your best five to ten generals to focus on and keep grinding out that mission data!

Echocalypse has an abundance of stats when it comes to battle attributes. It can take a long time to master what each of these different stats do, and how you should deploy them.

If you’re new to the gacha genre, then it’s very likely you’ll become overwhelmed by all of these different options, and you most likely won’t know how to use them. But in the beginning, you don’t necessarily need to.

We recommend you focus on learning the basics – keep it simple by staying away from the more complex battle attributes, and try sticking to the main stats: attack, defence, health points, speed, critical hit rate, and critical damage.

It’s fairly easy to figure out how important these main six attributes are, as they are the core elements of a battle. Once you’ve got them under control, you can gradually start exploring other options.

Like every good gacha, Echocalypse has a campaign that you are expected to play through. It’s easy to ignore this campaign and dive head-first into different game-modes. We recommend that you don’t do this – and focus on completing the story as your main priority.

Not only is it a steady way to gradually build up your battle strategies and boost your general knowledge of the game, but a lot of features are locked behind the story of the game.

New game modes, such as Cage Fight, can be unlocked by completing the story, and you’re also rewarded in mission data, action points, and different resources. You’ll want all of these features to help you on your way to becoming a better Echocalypse player.

If you would like more tips and tricks, then we also recommend checking out the official Echocalypse Facebook page. This way, you can keep up to date on new developments on the game.

It’s also a great way to find fellow gamers like yourself who are passionate about the gacha. Talking to other people about the game has to got to be one of the best tips we can give, as you’ll constantly be learning from each other.

That’ll just about do it for this beginner’s guide. Make sure to grab the game from the top of the page, check out the links in paragraph three, and check out the Facebook link in the above section.