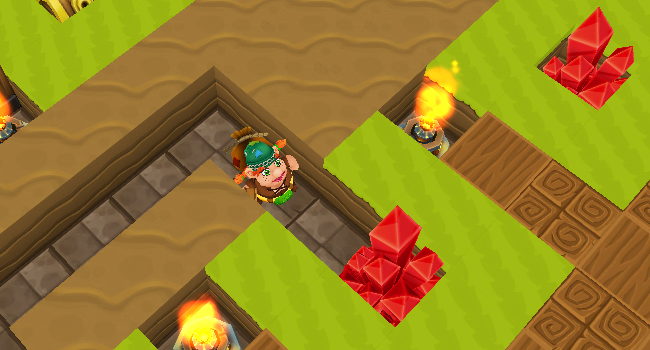 Dwarven Den is a puzzle / mining game from Backflip Studios. In this game, you dig through mines filled with rock, sand, and soil to reach specific goals. If you run out of energy before you meet those goals, however, you’re done for. Gamezebo’s strategy guide will provide you with some tips and hints that will help you dig for fun and profit.

Dig according to the level’s power-ups – Some levels of Dwarven Den are generous with tech refills, whereas others have plenty of energy refills. Play accordingly. If there’s lot of energy to be had, go on and dig. If energy is sparse but tech is plentiful, use bombs and other tech to get through the mines.

Stay out of mummies’ line of sight – Mummies will give chase if they see you. Stay out of their field of vision whenever possible. If you do wind up getting chased, duck into a cranny until they lose interest. As long as the red exclamation mark is over their head, however, they’ll hunt you.

Find a way around hard rock, but don’t go crazy – Getting through hard rock can really eat up your energy. Try and find a soft alternative, but don’t go so out of your way that you wind up making five strokes in soft sand when three knocks against a hard rock will clear a path to the same goal.

Bombs kill enemies – Bombs are wonderful for clearing rock and disposing of enemies. When you set a bomb, try getting rid of rubble and nearby enemies in one go. 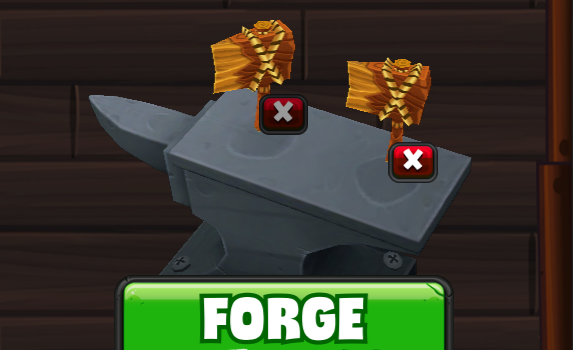 Forge, don’t buy – You can buy weapons and items with gems, but it’s better to forge them out of the treasure lying around the mines. Forging two of the same weapon makes a next-level weapon, which can also be forged to a twin, and so on.

Packs and helmets affect bonuses in different ways – Pay attention to how helmets and backpacks affect your tech and health stats. Equip yourself accordingly.

Got energy to spare? Go for a dig before grabbing your goal – If you see your goal in sight but haven’t really taken the opportunity to look around, consider doing so if your stores of energy are decent. You may find additional gold, treasure, or stars.

Spiders always walk in straight lines until they hit an object – Spiders will keep on walking as long as they have a clear path. They also amble down hallways that you’ve opened up by digging. Keep this in mind before trapping, bombing, or dodging them.

Watch for enemy-spawning portals – Enemy portals keep coughing up bad guys, so move carefully around them. However, they can be a great place to camp out if a level requires you to slay a certain number of enemies. 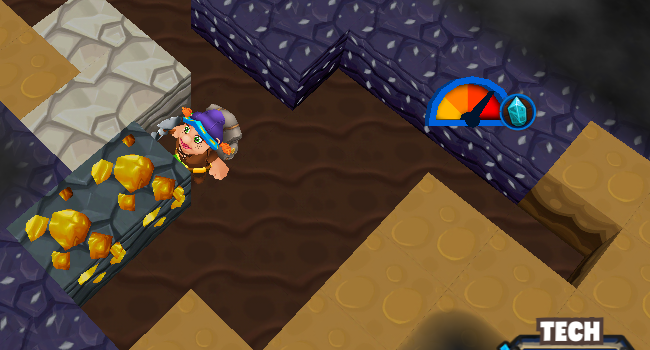 Analyze mine stability before deciding what move to make – Mine stability becomes a big issue even fairly early in the game. If you don’t pay very close attention, you may find yourself surrounded by tons of solid rock that’s difficult to dig out of. Use bombs with caution: They can knock down support pillars, which severely damages stability.

Soil often contains small energy and tech charges – Don’t be afraid to dig even if you’re low on energy. Digging through soil sometimes reveals small tech and energy charges, so you can “power up” even as you’re making your way to your goal or a large hunk of ore.