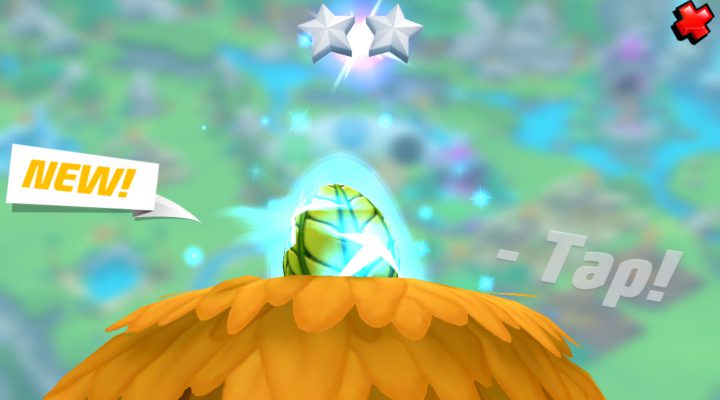 Most of pop culture makes raising dragons look like dangerous business. Even if you know exactly what you’re doing and treat those scaly creatures with the utmost respect, you can easily end up getting burnt or eaten.

No such worries in DragonVale World, where the dragons are just as cool but they’re also much cuter and less hazardous to your health. Just like in the first DragonVale, you’ll want to hatch and collect as many as possible while building them someplace nice for them to live and for people to come see them.

The fundamentals needed to do that aren’t difficult, but it’s still better to go in with as much knowledge as possible. That’s what we can provide, so read on and allow our DragonVale World Tips, Cheats and Strategies to light your way.

How to Hatch Your Dragons 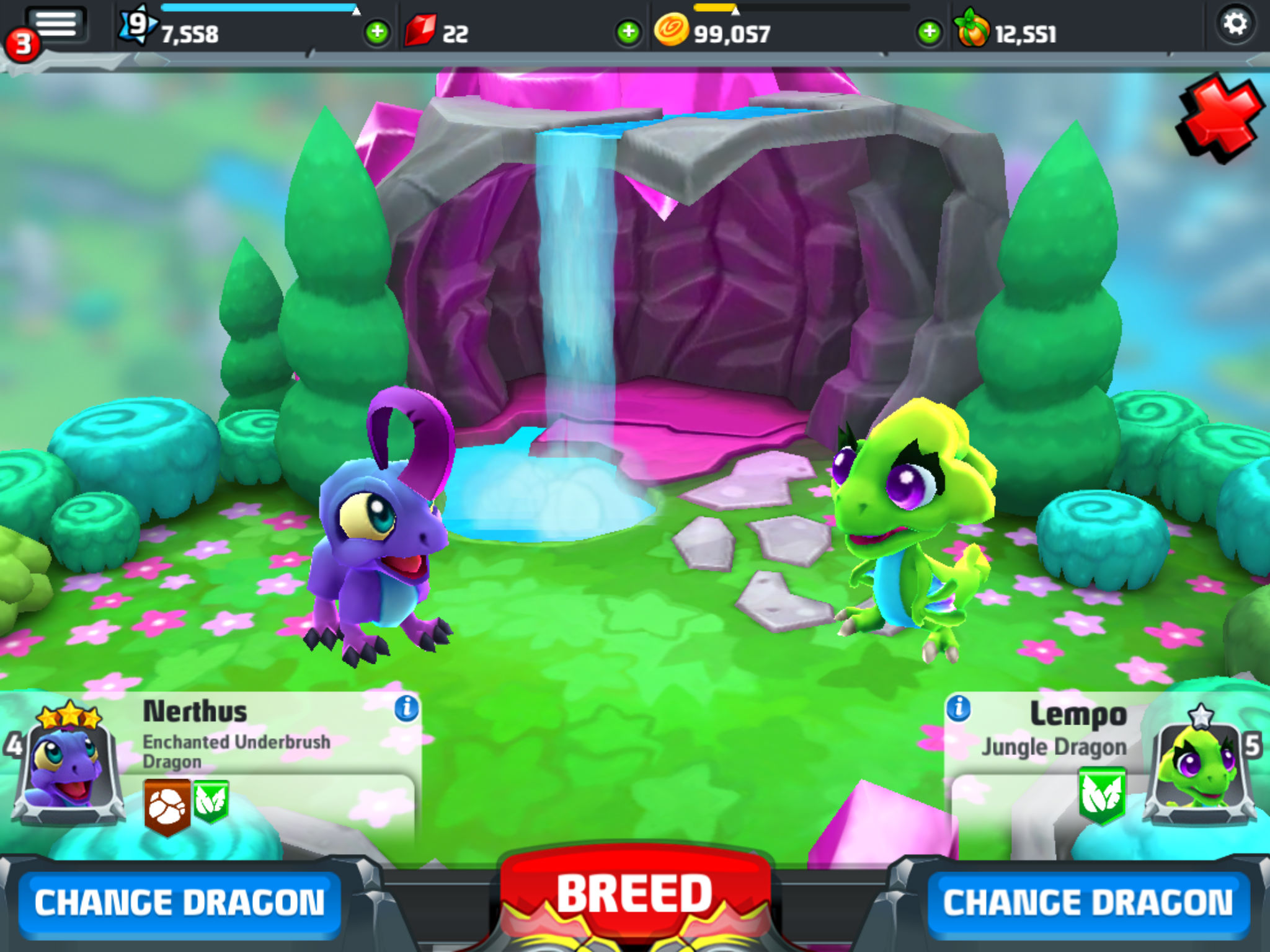 This really isn’t the proper forum for a discussion on how dragons are made. That’s a talk everyone probably needs to have with their parents, and to be honest, I’m not even 100 percent sure it works the same way for them as it does for us humans.

What I do know is that dragons come from eggs. And to get those, you have to send two of your dragons to Breeding Cave to breed.

Which two dragons? Well, that’s the biggest question there is in DragonVale World. Any two dragons that are level 4 or higher can be sent to the Breeding Cave. After a pre-determined amount of time (which is dependent on the type of egg that will be produced and whether or not you’ve bred that dragon previously), you’ll have yourself an egg. That, in turn, can be sent to Eloni’s Hatchery, and once its timer is complete, it will open up and give you a baby dragon. Congrats!

The trial and error of trying out different combinations in the Breeding Cave is a large part of the game. What you’ll want to keep in mind is that each dragon can be classified according to one or more types: fire, jungle, earth, frozen, water, fairy, air, rainbow, sunken, ancient, dragonsai and more. To get a specific kind of dragon, you’ll want to make sure its parents have the proper types. For instance, pairing a fire/jungle dragon with an earth dragon might yield you a fire/jungle/earth egg.

Rarity matters too. Breeding rarer dragons with each other definitely improves your chances at producing a less common offspring. But there’s no guarantee until you give various pairings of parents a try.

One last thing: You can speed up either the breeding or hatching parts of the process by spending Gems, the game’s premium currency. You just might not want to for reasons we’ll discuss in just a bit.

Other Ways to Get Dragons 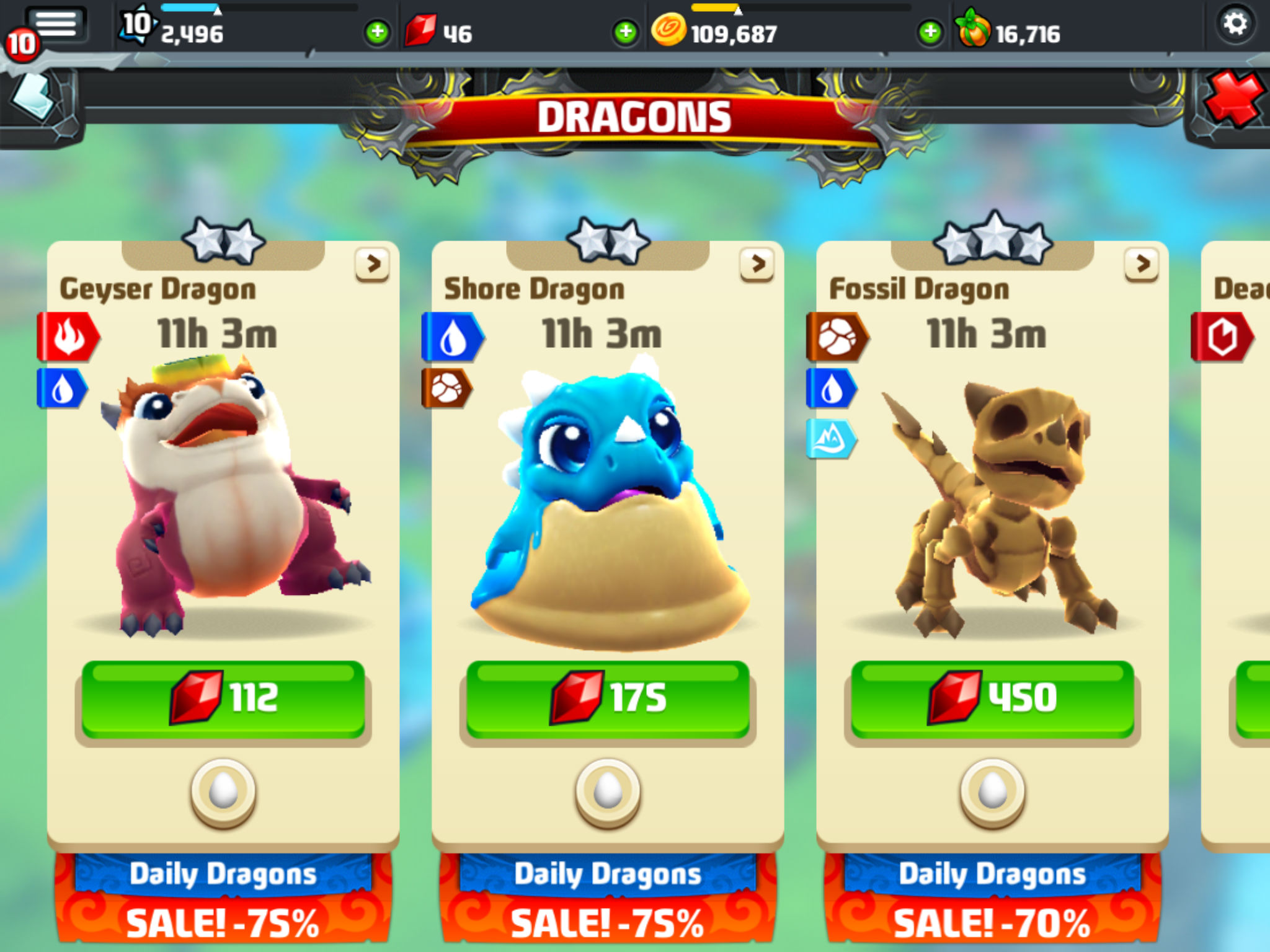 The developers of DragonVale World say that with enough time and patience, it’s possible to breed any dragon in the game. While you’re likely to spend the bulk of your time doing just that, there are a few other options for acquiring more dragons that can supplement your breeding efforts.

One of those is to simply buy new dragons. The selection of dragons available for sale changes daily, and you can see your options either by tapping the ‘Market’ icon in the game’s main navigation (which looks like a little shopping cart) and then tapping on ‘Dragons,’ or by tapping the ‘Daily Dragons’ icon you’ll find in the upper-right corner of your park map the first time you log into the game on any given day.

Sometimes you’ll find dragons you can purchase for Dragoncash, but more commonly, you’ll find that you need Gems. You can also buy a few particularly rare dragons for real money, but they tend to be rather pricey.

Did we say there was another way? Oh yeah, about that. Just logging into DragonVale World every day will earn you one of a number of different rewards, but at the end of the login calendar is a dragon egg. So just keep playing daily and you’ll end up with a new reptile for your dedication. 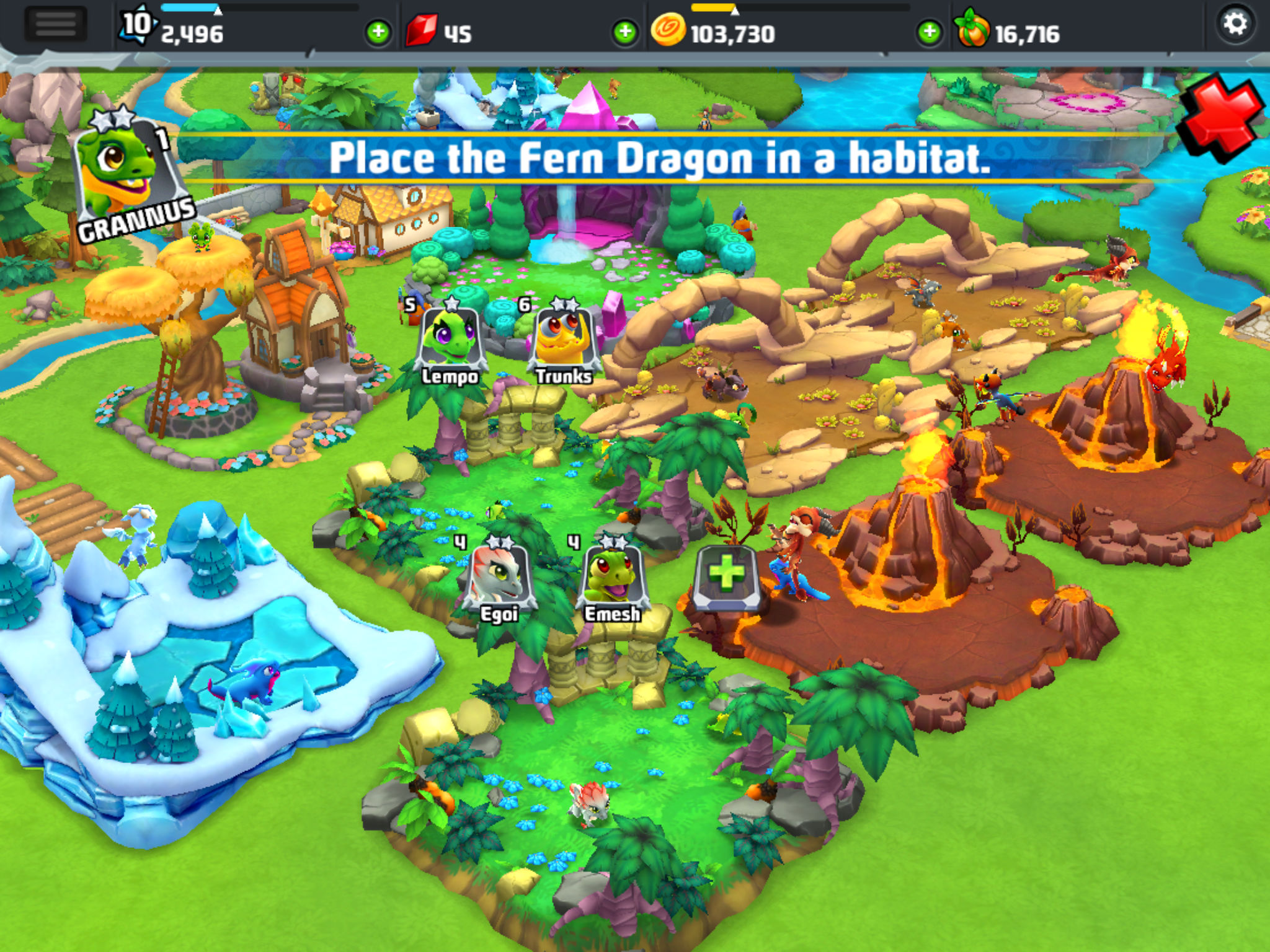 That gives you some options, though the total number of habitats you can have in your park at one time depends on your level. With that in mind, it’s wise to not build a habitat until you know which kind you’ll need next.

A habitat can house two dragons to start, though it’s possible to upgrade them to make space for more. If that’s not an option, you can sell dragons right after you hatch them in exchange for Dragoncash.

Speaking of those coins, habitats build up Dragoncash over time, allegedly because people are paying to see your dragons. Simply tap on them to collect your coins. 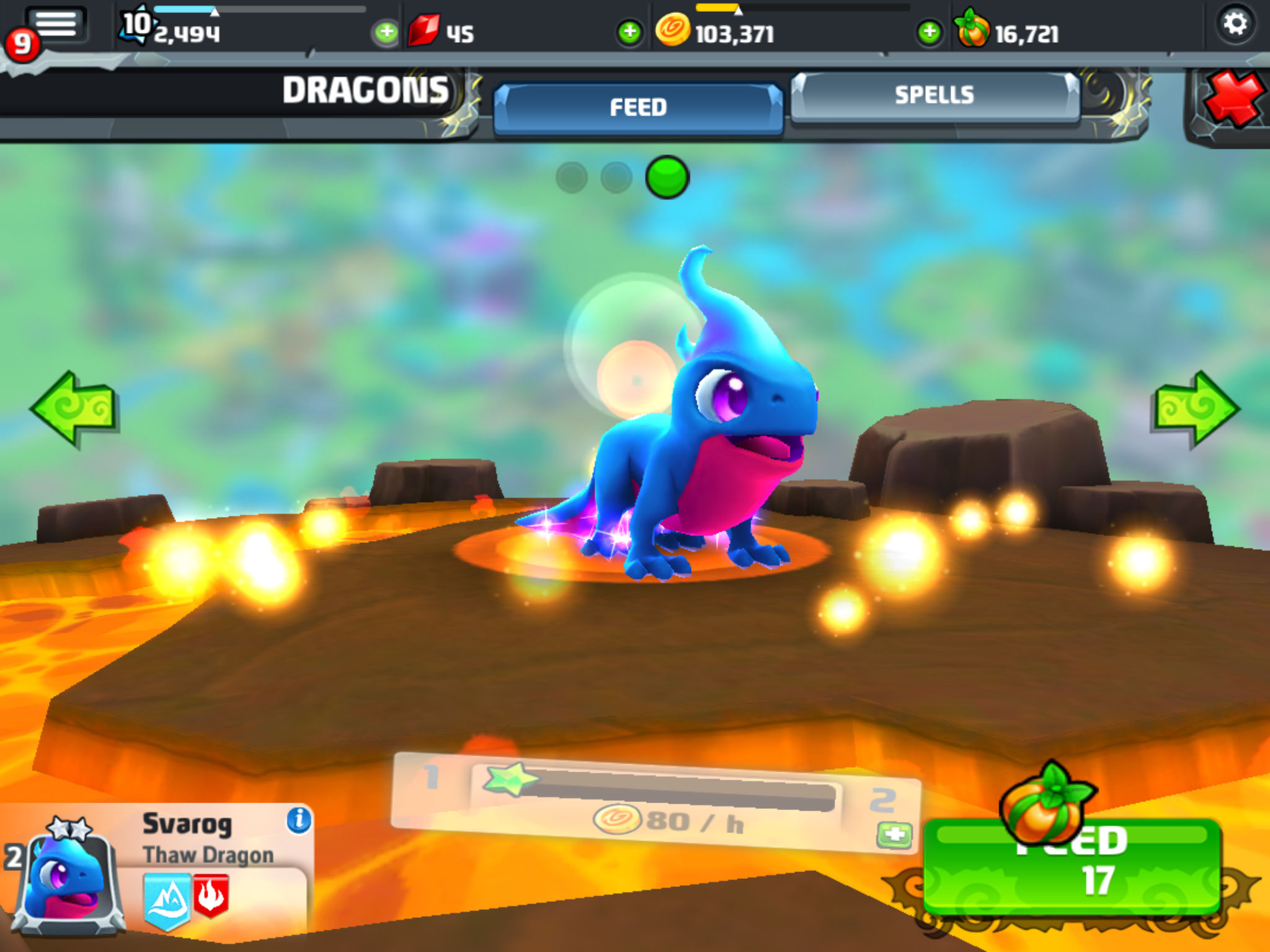 It’s a safe bet that you’ve already figured out you need to feed your dragons. It’s not just to stay on their good sides (though that’s probably a wise choice), but because feeding them allows them to level up. As mentioned before, dragons need to be at least level 4 to use in the Breeding Cave, and the higher level they are in general, the more Dragoncash they will produce.

To feed a dragon, simply select its habitat and tap its portrait at the bottom of the screen. Then all you need to do is tap the big green ‘Feed’ button, which will remove the corresponding amount of food from your supply.

As for growing that supply of food, you’ve got multiple tools at your disposal. One is to lay down Farm Plots — you’ll find them in the ‘Buildings’ tab in the Market — and grow food using the time-honored mechanics you’ve no doubt encountered in a mobile game or two before. Pick a crop, pay the correct amount of Dragoncash and harvest it when it’s ready, with longer wait times required for crops that will produce more food. Simple.

You can also earn food by clearing out the land in your park, which we’ll go over in the next section, and by completing goals, which you’ll find in the menu of the same name on the main nav menu. Between these three methods, you may find yourself temporarily running out of food, but you’ll never be without it for too long.

One last note on dragon feeding: Leveling up your dragons makes them grow and change appearance every few levels. If you prefer the way they look when they are babies, the developers helpfully included a solution for that. If you select the ‘Spells’ menu while examining your dragon, you’ll find a spell that changes appearance back to when they were freshly hatched (as well as others that can give it a large head, shrink it and more) for 18,000 Dragoncash. 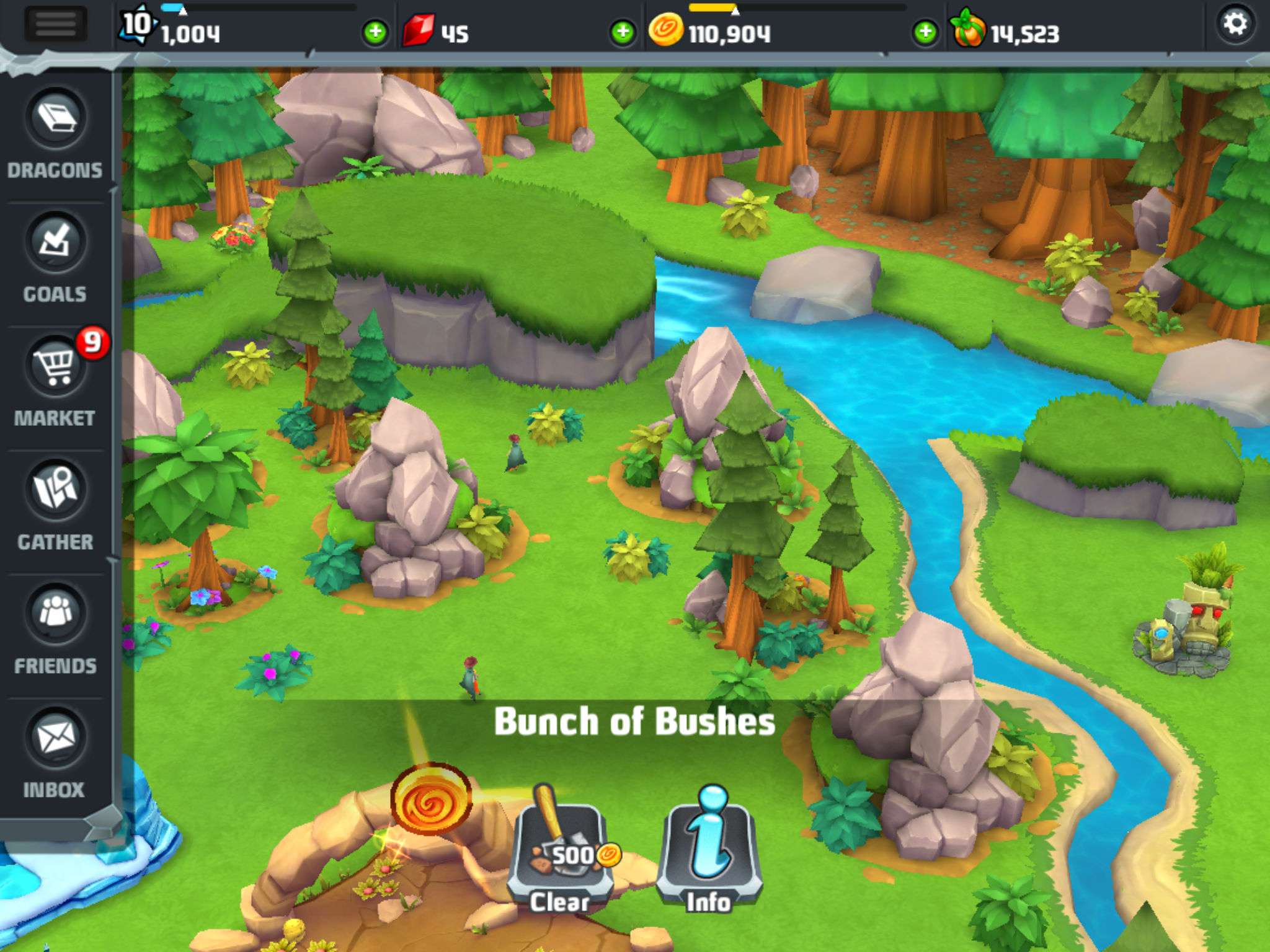 One of the issues you’re almost guaranteed to encounter while you play DragonVale World is that you’ll run out of space. Habitats, especially, take up a fair amount of room, and even with careful planning on your part to use every bit of land, you’re going to end up needing more.

The first thing you’ll want to do is see if there are flowers, rocks or trees you can remove (hint: the answer is almost always yes). Just tap on any of those obstacles or decorations and you’ll see how much Dragoncash it will take to get rid of it. Tap on the ‘Clear’ button you’ll see and wait for a time that can range from less than a minute to a few hours, depending on the size of what you’re clearing, and it’ll be out of your hair.

Eventually, you’ll also need more land for your park, full stop. If you head toward the back of your park, you’ll find large, completely wooded areas that are set aside for future expansion. Each one needs to be unlocked in order, and you can find out how much Dragoncash or Gems you’ll need to do so. Each one also has a minimum level requirement, and once you open up any expansion, expect to spend some time and Dragoncash clearing out more trees, bushes and rocks before you can actually build there.

Hey, that makes a nice segue …

What Buildings Can Do for You 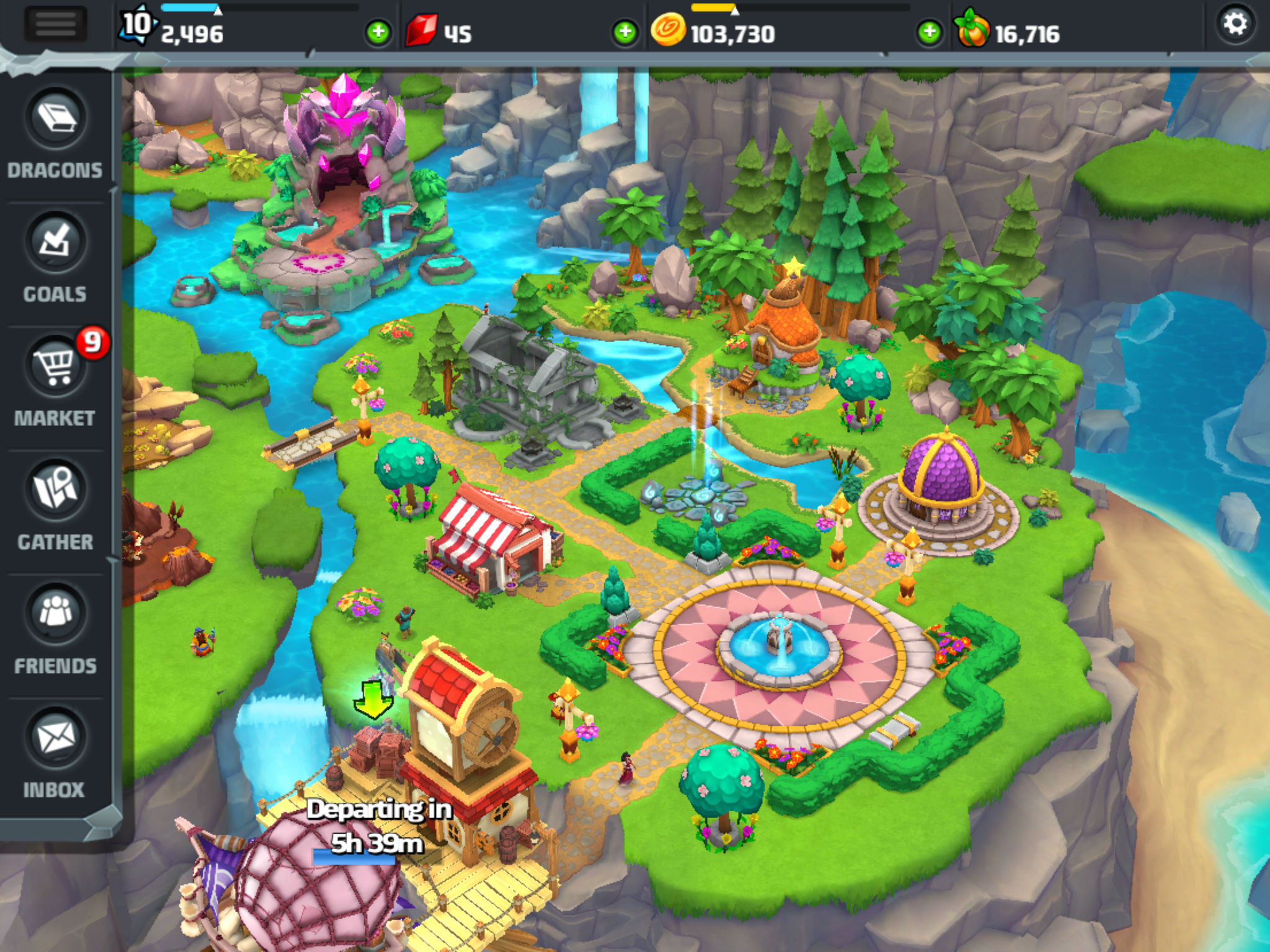 Along with habitats and other structures you can build during the course of gameplay, you’ll no doubt notice that your park comes with a few things already in place on an island in the bottom-right corner of your map. Allow us to give you a quick overview of what’s there … 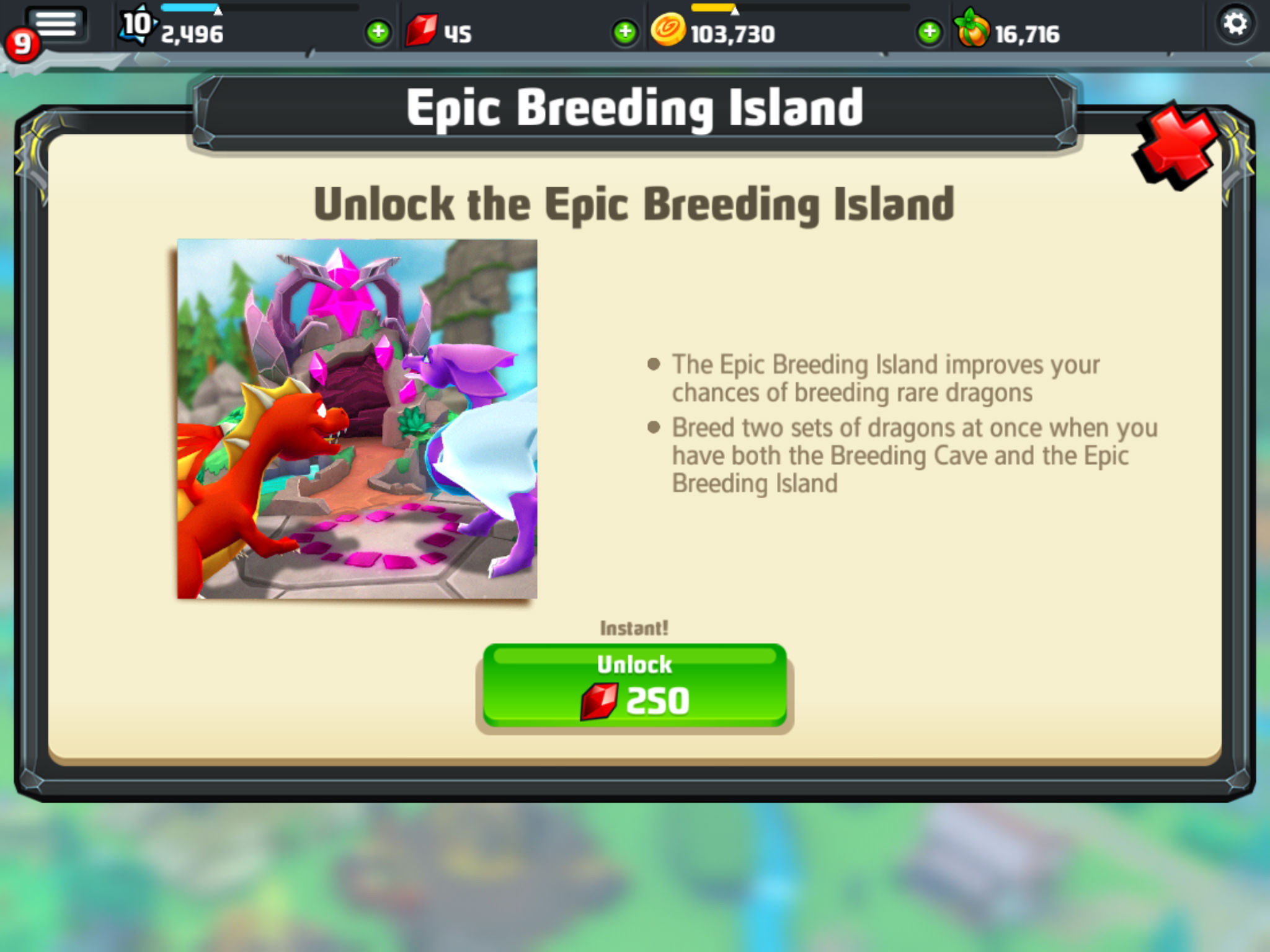 Just above that island is another area called the Epic Breeding Island. As its name suggests, it can be used to supplement your Breeding Cave by giving you extra chances at breeding rare dragons. It also simply allows you to work on two eggs at once, and is valuable for that aspect alone. You can unlock the Epic Breeding Island for 250 Gems.

One final thing we want to highlight before we send you on your way is the Arcane Airship. Docked on the island near the bottom of you park map, it comes and goes every few hours, headed out into the larger DragonVale World … er, world. When it’s docked, the Arcane Airship has orders you can fill so that when it returns, you’ll be showered with Dragoncash, Gems and XP.

Filling the order crates means giving up a specific dragon (no worries, you’ll get it back when the airship returns) and supplying the right quantities of various items you’ll need to either purchase at Silvia’s Trading Post or find by gathering them yourself.

How do you gather? If you check the main menu, you’ll see the ‘Gather’ icon that looks like a map and compass. Tapping on it opens up the world map, with regions you’ve unlocked available to select. Select a region and you’ll see a list of items you can gather, along with the type of dragon you’ll need to send, the time it will take to gather and the cost in Dragoncash.

Be aware that many airship orders ask you for more than one unit of an item, and the time and cost for gathering goes up when you send a dragon out to grab two or more in one trip. A gathering dragon can’t be used for anything else while it’s away, including breeding, so plan accordingly.

If you’ve guessed that gathering and filling orders is a delicate balancing act, you are correct. Ideally, you’ll check out the airship early in its stay in dock and get your dragons on gathering runs right away. That way you’ll fill the order in plenty of time to make the next departure and always have some rewards coming in when the Arcane Airship returns.