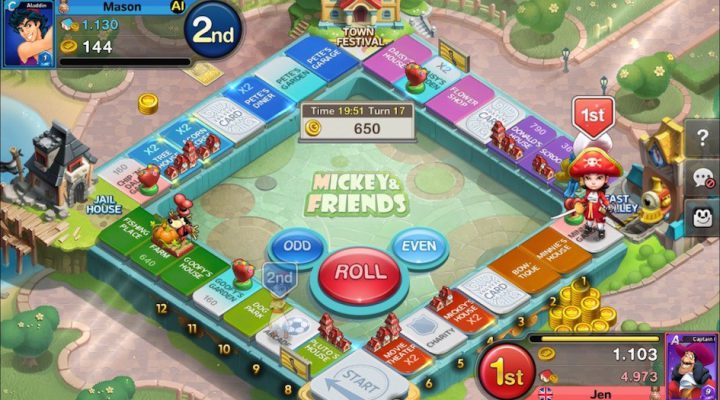 Disney Magical Dice is a charming mixture of Monopoly style gaming with everyone’s favorite Disney characters. There’s a lot going on under the surface though, meaning you might need some assistance.

Our Disney Magical Dice tips, cheats and strategies guide is here to help you figure things out, offering a whole bunch of advice on just how to win every game. 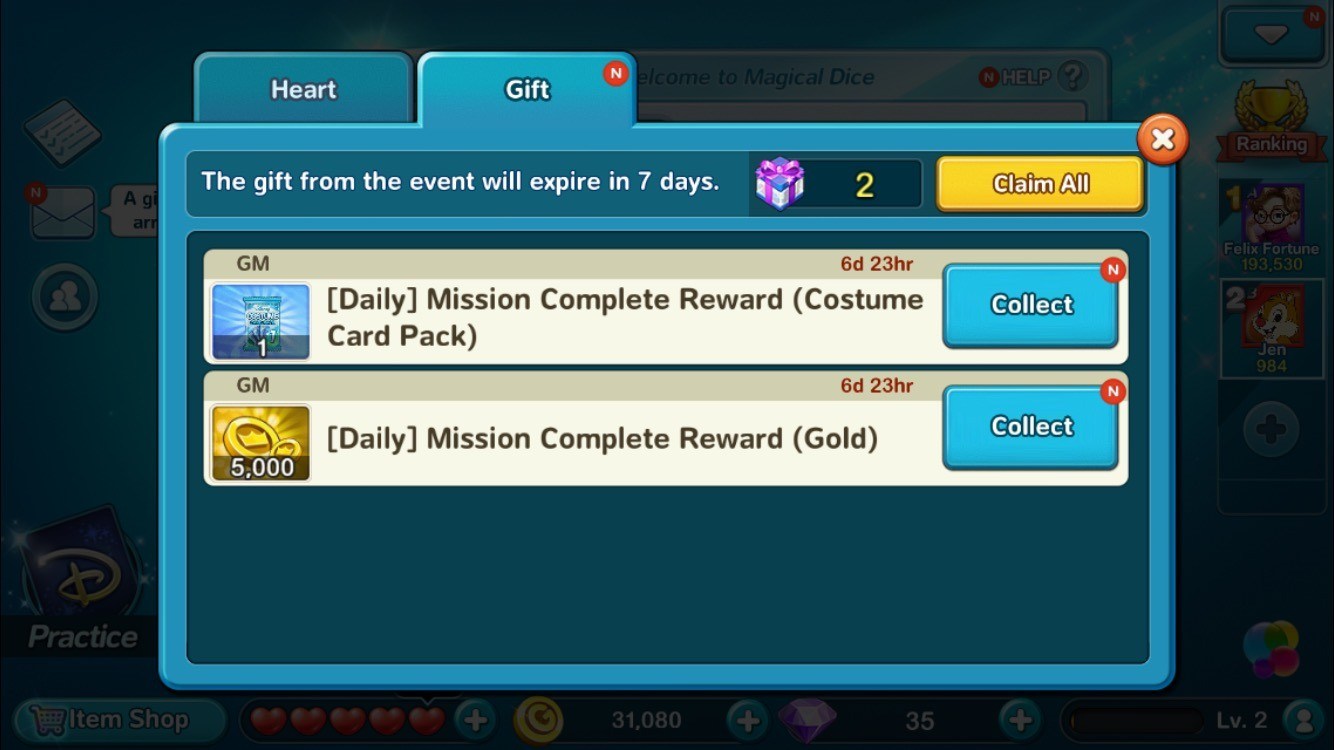 It’s an obvious one, but Disney Magical Dice is more generous than most. Log in every day and you gain plenty of extras that are always useful. Sometimes you’ll gain a bonus costume card, and these tend to be highly ranked.

Check the Lucky Bonus while you’re there. You can spin the wheel once a day, gaining money, diamonds, or hearts. Even if you’re not playing for the rest of the day, those hearts stack up for another time.

Also, take part in the daily missions. These are often fairly simple, sometimes merely requiring you to open a card pack or to play one match. They won’t take long at all to complete, and you earn a premium costume card pack for doing so.

Use your best cards

Ok, you really want to use that card of Woody because he was your favorite in Toy Story, right? Try not to get too sentimental about these things. Not all cards are equal. Focus on the letter rating each card has. Aim to use only A grade cards. Got two A grade cards? Fuse them together to almost certainly turn them into a A+ card. Heads up though — gaining an A card in the beginning tends to require logging in regularly to earn them through check-in events.

Eight pairs of dice are available, and they’re all different, offering various stat boosts. Mickey’s dice are the best, but they’re not available to you until Level 45. Set some diamonds aside for this, but work on gradually leveling up the dice available to you in the meantime. It’s easy to overlook such a subtle boost to your stats, but it soon adds up. 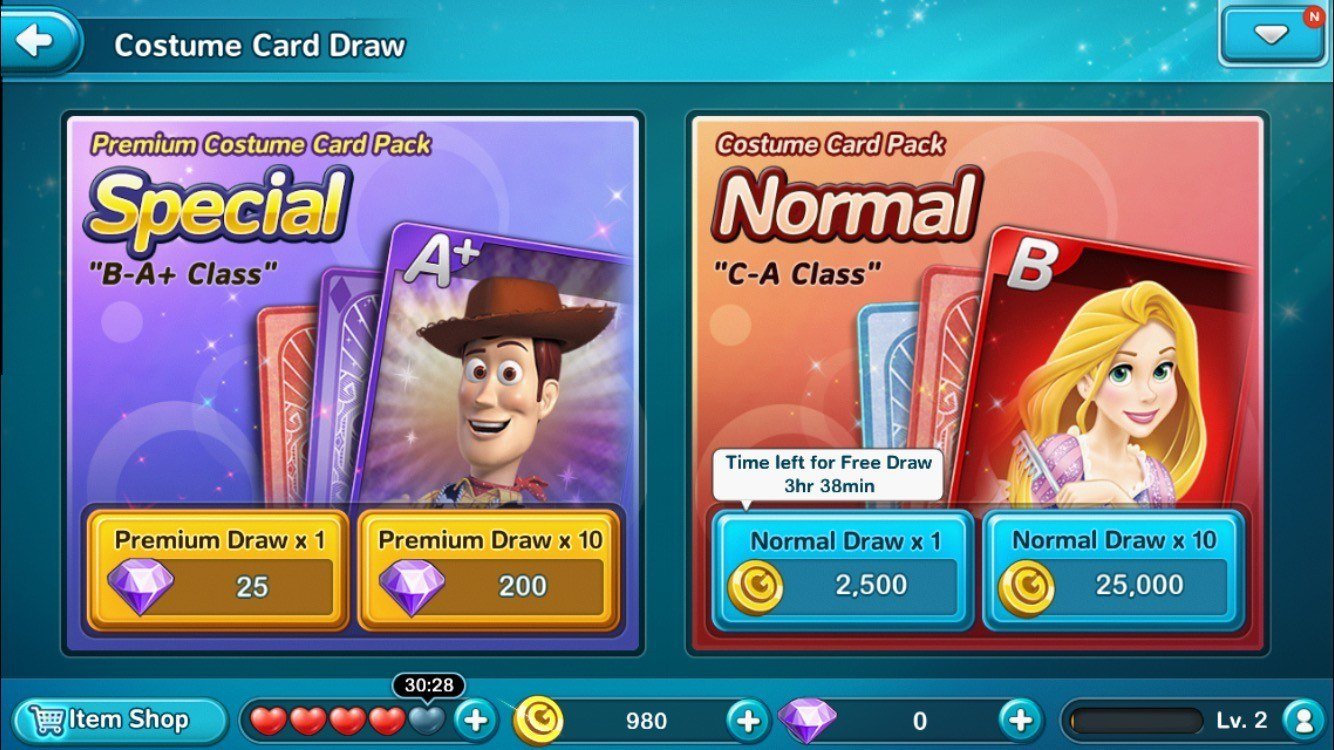 Magic items are earned through leveling up high class costume cards and doing well with lucky draws. These magic items can change things drastically, offering you such benefits as doubling your salary, how many moves you make or changing how much something costs. Use them well, and never forget to equip them!

If you connect the game to your Facebook account, you’ll receive three premium costume card packs. You’ll also earn diamonds depending on the amount of friends you invite. Don’t be one of ‘those’ people, bugging your friends, but it can help if someone’s eager to join in anyhow. 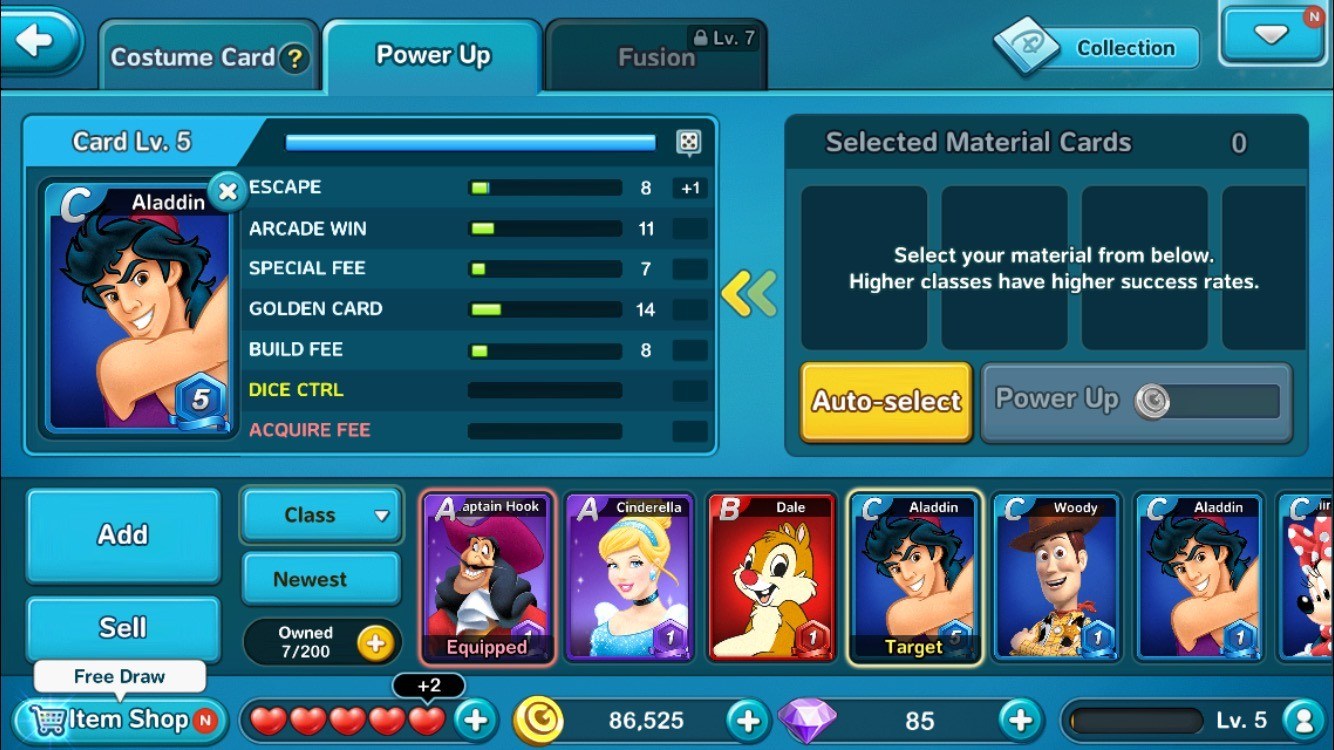 Don’t go too mad using gold to save yourself when a game is going poorly. That gold could be used to upgrade various parts of your playing style later on. Sometimes it’s better to quit early on rather than keep chipping away for little gain. Know when you’re defeated, and suck it up. 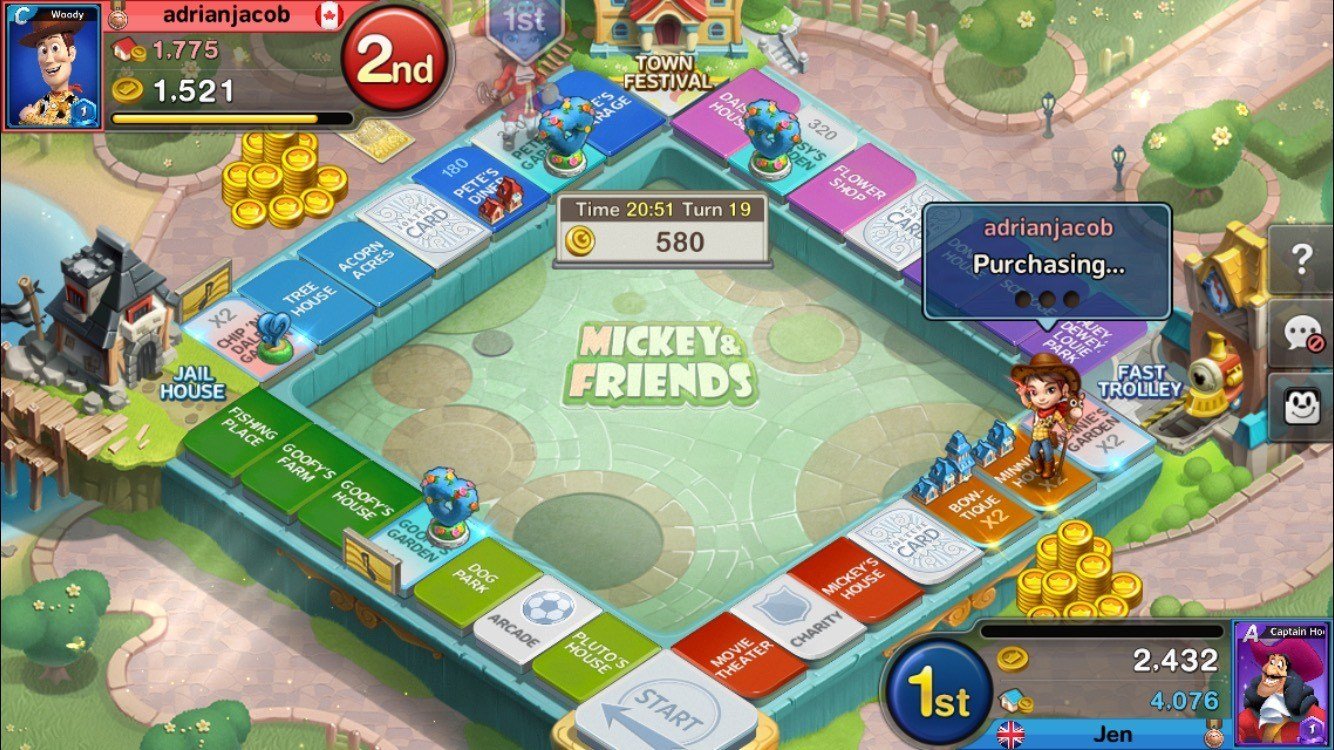 You’ve got a lot of options on how best to win. You can win through a triple completion, completing a whole line of spots or through collecting all the magical spots. It can be overwhelming, so your best bet is to use the first turn or two to see how things are playing out. Don’t go too nuts on buying things, but maybe favor the first couple of spots along the way. As you go along, reassess what’s going on and start plotting out your strategy.

Don’t be tempted to buy out the opponent’s property unless it’s really profitable to you — i.e. if it completes a line or color group. Otherwise, you’re handing out a ton of money to your opponent for not much gain. This is an easy way to give them an advantage that’s hard to claw back.