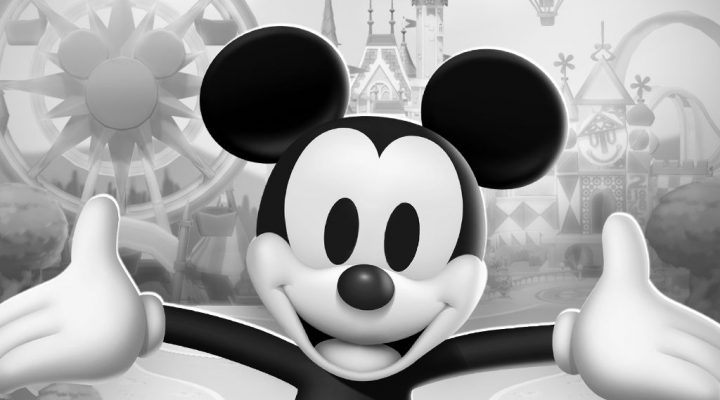 Disney Magic Kingdoms has a new update to celebrate the 90th birthday of the most successful animated character of all time, Mickey Mouse. It’s hard to believe the little scamp has been running around our hearts for that long. I guess it’s true what they say, time flies when you’re having fun! Anyway, the new update features three new costumes, one new attraction and one new concession. Read on and we’ll tell you how to get each one.

The new attraction released in this update is the famous Steamboat Willie. They based the attraction off Mickey Mouse’s animated adventure where Pete is captain of the steamboat and Mickey is just a deckhand. 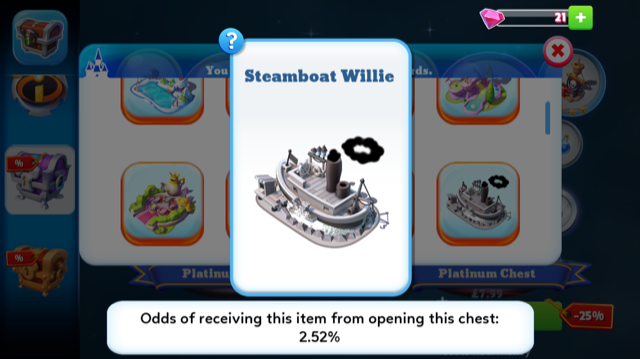 You can only find this attraction in the Platinum Enchanted Chest, which means saving up your gems or spending some of your hard earned cash. Remember, the chests have eight legendary items inside, including rare and common loot. So don’t expect to get Steamboat Willie on your first try. The odds of the steamboat dropping are less than three percent, which is rather low. There is no sign that the items from this update are here for a limited time, which means you need not worry about getting Steamboat Willie ASAP because it should be here for a while.

Three new costumes were added as part of Disney Magic Kingdoms Mickey’s birthday celebrations. It bases these three costumes on the old Steamboat Willie cartoon, which featured Mickey, Minnie and Pete. So unsurprisingly these are the three characters to receive brand-new costumes.

Mickey’s classic costume requires four items to be created, and a wait timer of 60 minutes. You’ll need eight Classic Fabric Tokens, 15 Mickey Glove Tokens and 15 Mickey Ears Tokens. To combine all these materials together you will also need just under 2,000 magic, which is cheap compared to the other costumes. You can get these Classic Fabric Tokens by logging in throughout November. The fabric also has a chance of dropping from the Steamboat Willie attraction. This costume is unlocked when Mickey Mouse is on level two. 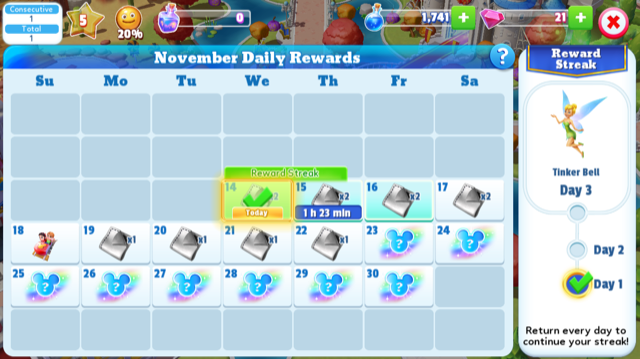 Minnie’s classic costume also has a four-item requirement and a 60-minute wait timer. However, Minnie’s costume needs 20 Classic Fabric Tokens, 15 Buttoned Classic Fabric Tokens, 25 Minnie Bow Tokens and 100,000 magic. The biggest issue with unlocking this costume is the buttoned fabric, they can only get it from Merlin’s shop or from the Steamboat Willie attraction. The Classic Fabric can be obtained from the steamboat, or equipping Mickey’s costume and sending him out on tasks. This costume is unlocked when Minnie Mouse is on level seven.

The new concession added as part of Mickey’s 90th Birthday celebration at Disney Magic Kingdoms was the Steamboat Willie Hat Stand. This concession is available from the in-game shop for 75 gems. It produces 70 magic and three stars every four hours, which is fairly good when compared to the other concessions available. 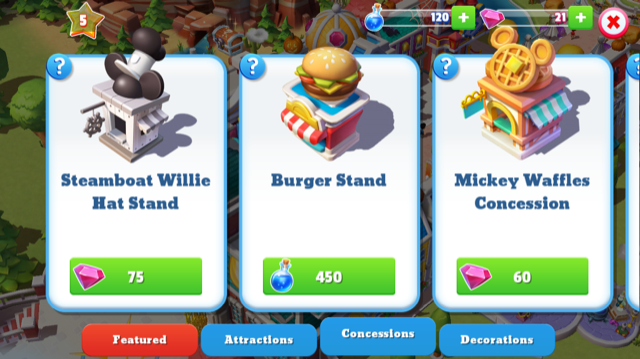 So that’s it, all you need to know to get all the new items for Mickey’s 90th birthday. Remember, there is no need to rush as these items are not time restricted. So you will have all the time in the world to save your magic up and gather fabrics.