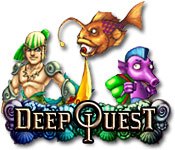 Battle your way to underwater supremacy with our tips & tricks for Deep Quest.

Be prepared for battle: By and large, every fight you have in Deep Quest is going to be easier if you have numbers on your side. But if you don’t grow your army quick enough, you could be suceptible to an early first strike by the enemy. So, what follows is the order that I normally work in. If you want to tweak something, feel free.

1. Get more gnomes – Gnomes could be the most important unit in the game, because they harvest the crystals that make the whole army run. The more of these guys you have, the quicker you’re going to be able to expand. I don’t like to work with any fewer than five, but 10 would not be ridiculous.

2. Get a Gladius – While you’re building hamlets, you’re going to need some cover, so you need to get your base defended STAT. A crew of five Merboys should be enough for a first line defense, at least until you make a little progress with you hamlets. When you get about halfway done with hamlet construction, build another five just to be on the safe side.

3. Give ’em shelter – Have some idea of how big of a force you want going in, an then build enough hamlets to care for them all. Each hamlet you build adds 10 to your … well, let’s think of them as rooms. Some units, like Merboys, take two rooms. Trident Rangers like to stretch out so they need three. Figure out how many rooms you need for how many units you want and get your hamlets built first. There’s nothing worse than coming up shorthanded in a fight and needing to build apartments in the middle.

3A. Upgrade: If you have the ability to upgrade your structures, do it. There’s no need in wasting crystals training inferior units.

4. Build your army – OK, time to get serious. Let’s get a trident range built first. Now, start training your army as fast as your resources will allow. (If it’s not fast enough for your tastes, get some more gnomes.) You’ll want to keep building until you feel pretty confident in your force’s size. Remember: If your force gets wiped out, you’re back to square one because the enemy can rebuild just like you can. We don’t want waves of attacks. We want a tsunami.

5. Get creative – Speaking in generalities, you’ll be able to win many missions with just these two forces, but you should integrate others as you feel comfortable. In the heat of battle we tend to forget to switch to our magic users and healers, but that may be the perfect strategy for you. Feel free to play around.

Last minute prep: You’re about ready to head out but keep in mind, there is a right and wrong way to go about this. First, you want to assign your team to groups. What I typically do is double-click a Merboy and press Ctrl+1. That will set a team of ten of them to the “1” key. I then do the same for 10 Trident Rangers on Ctrl+2, then alternate back and forth for odd and even groups of Merboys and Rangers. In the heat of battle you’ll be glad you did. When you do leave the safety of base camp, you’ll want to lead with your Merboys. That way, when the fighting starts, they’ll already be in the thick of it. Also, you’ll want to leave about 10 fighter behind on defense in case the enemy should get sneaky.

Attack!: So, you’re out and you’re engaging the enemy. You’ve got your Merboys in the lead and the Rangers following right behind. Your victory almost assured, if you can follow some important steps.

Concentrate your fire – This is so important. Don’t just send your team into the thick of battle, have them all focus on one target. As soon as that one is dead, move on to the next one. Remember, an enemy with a little health does as much damage as an enemy with full health, so you’ll want to knock targets out as quick as you can.

Find a good match – It’s also key to send the right fighter into the right battle. Titan Turtles are great against buildings, for example, but can be overwhelmed by smaller forces. Also, Merboys can take too much damage fighting towers, so send Rangers or Titans after them.

Know when to run away – No, it may not be the noblest thing, but it’s better than dying. If your force gets wiped, you’ve got nothing. It’s much better to run back to base if you’re in over your head. Also, if you’re training reinforcements, they can meet you halfway and perhaps turn the tide of battle.

-Protection: Some units (Scout King, Chief Braveshell) must be kept alive at all costs. That means: Don’t use them unless you have to, especially the Scout King. He’s barely got any health, so stuff him back as far as possible into your base and leave him there.

-Save often: This is really important. If you jump the gun on an attack, you’ll be glad you saved so you can re-load, build your forces up more and try again. Also, if you should happen to encounter the occasional glitch, frequent saving can be a godsend.

-Have fun!: Remember, Deep Quest is still just a game and you should be having fun. If you want to build a force of only mages, go for it! If you want to send one poor gnome out to fight a kraken, go crazy. In the end, as long as you’re saving regularly, you can use your imagination to create whichever force you want at your side. 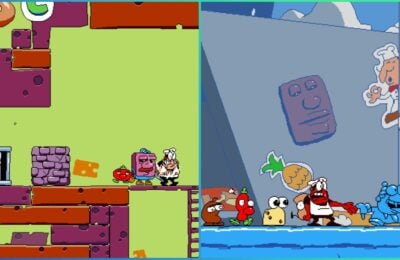 Pizza Tower Outfits – How to Unlock Them All 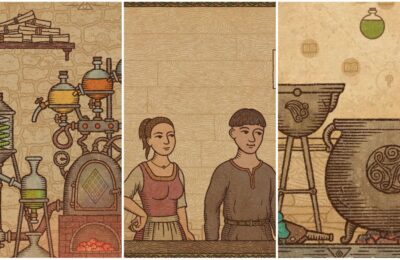