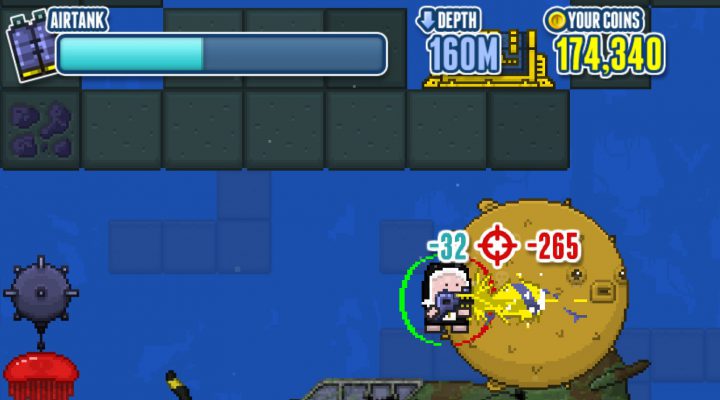 There’s a lot of hidden treasure in the vast oceans of Deep Loot, and we want to help you collect as much as you can. Here are some tips from an experienced explorer so that you can have rich runs every time you dive in.

Boosts Are the Key to Success 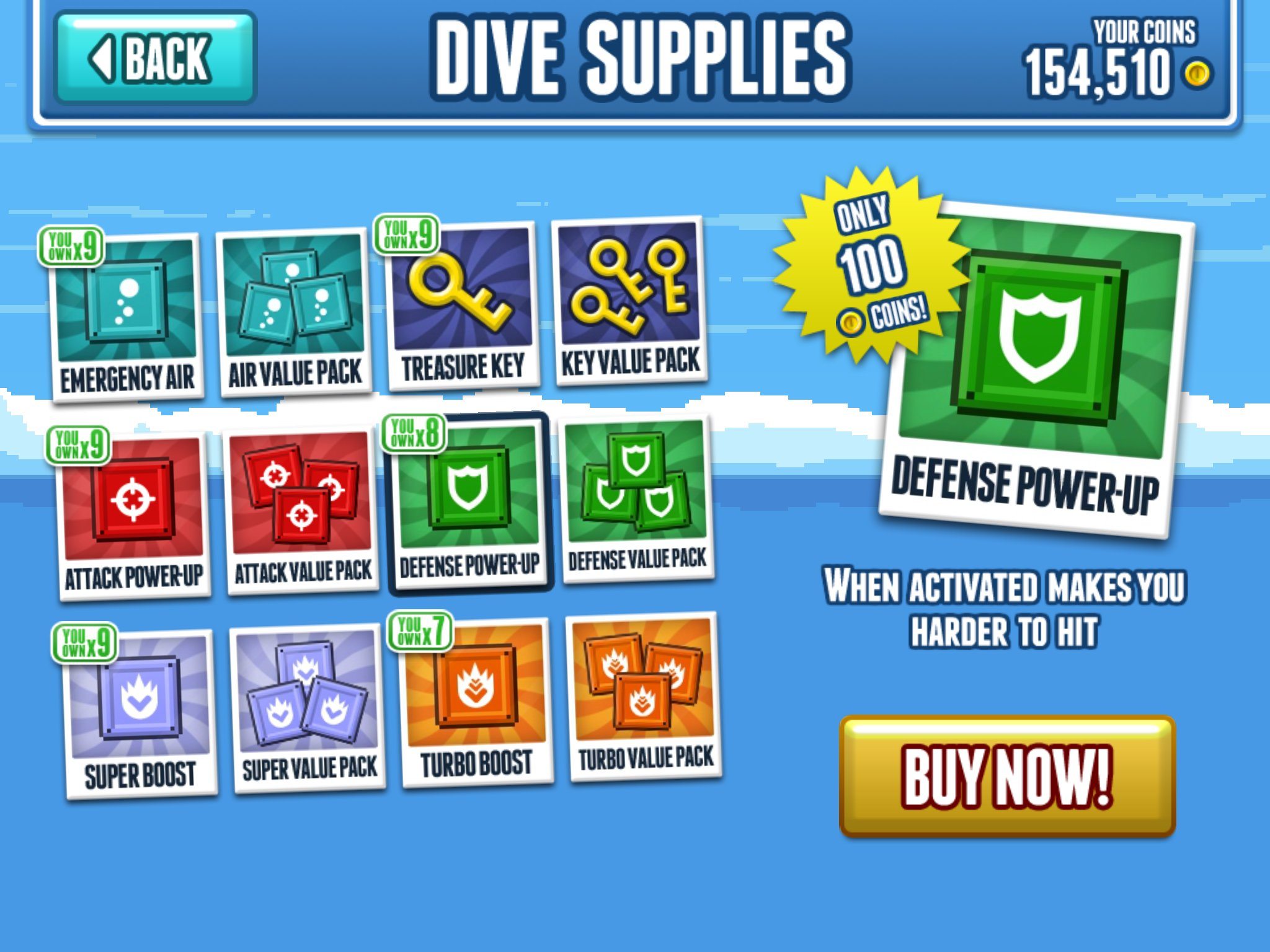 In other free-to-play games, boosts are usually quite expensive and meant to sell premium currency in the name of high scores. That’s not the case here: every single boost is ultimately intended to help you get more currency.

It starts with the keys. The game will tell you that they’re worth buying because each locked chest is worth more than what the key costs. This is true, and additionally, locked chests often contain multiple of the treasures you’re trying to collect.

The air boosts are a fairly obvious one to have as well: they can extend your run multiple times over. Always have 9 of them. Always. Don’t sweat the costs, even early on: the odds are that you’re going to wind up profiting off of the soft currency you spend on them.

Even the attack and defense boosts should be considered. The defense shield can often nullify damage – as the air meter is also your health meter, preventing this from being drained faster means each shield gives you more air, and more opportunity to collect loot. The attack boost is mighty powerful and can help clear out enemies in a jiffy, again giving you more time to collect loot.

All of the in-game boosts are ultimately worth it from a profit standpoint. So always max out as much as possible before going in. 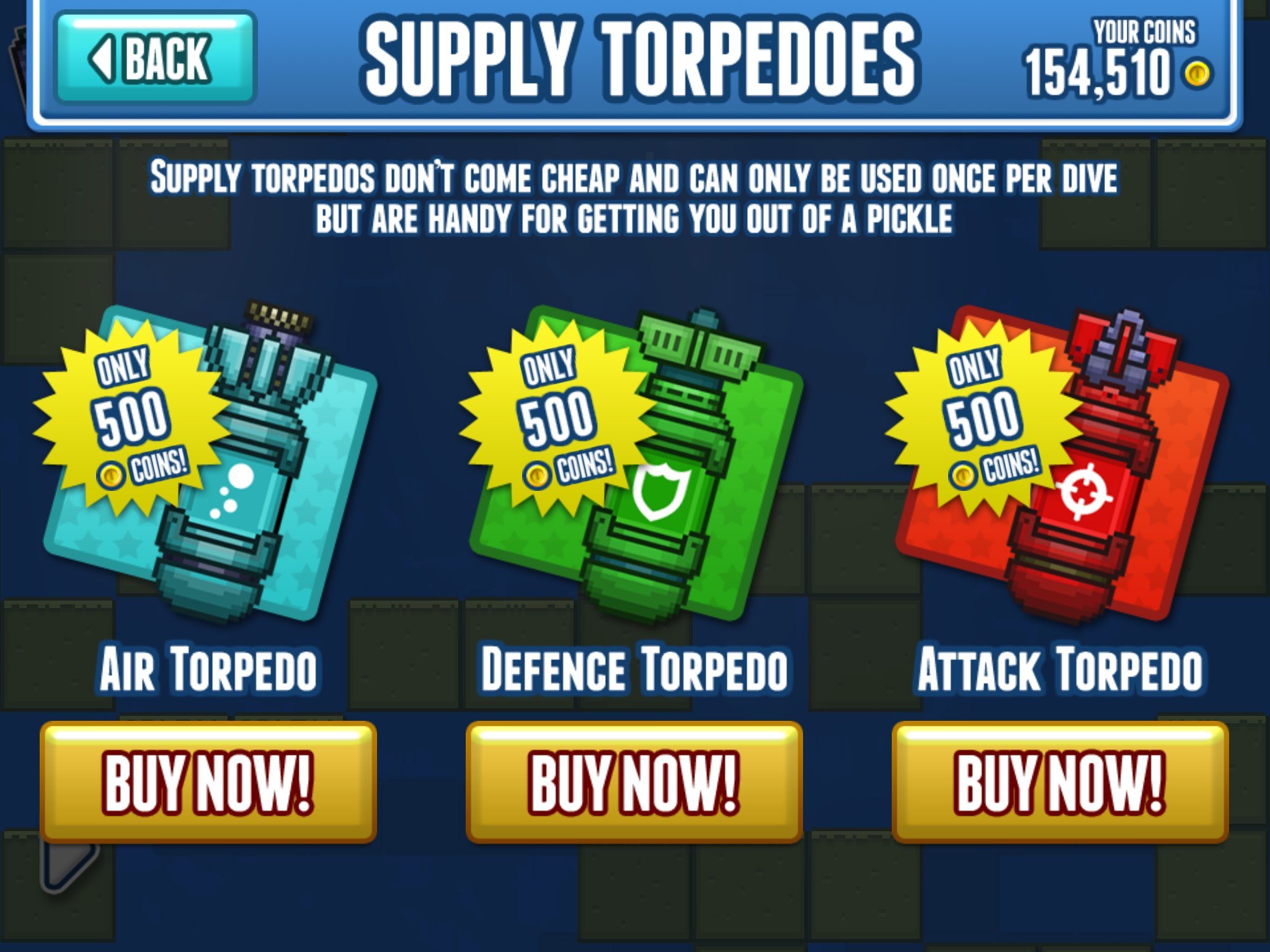 The supply torpedoes are the exception, though – these cost 500 coins for a single use, versus the lesser cost when buying beforehand. I’ve never run out of attack or defense boosts while playing so long as I leave with a full complement. The air torpedo is the one I use occasionally, but only in the deepest depths, or if I have a couple of locked chests I’m about to get to. It’s really only worth it for when you get into the black depths and can profit off of it. Early on? Not so much.

Turbo and Super Boosts: Know When to Use Them 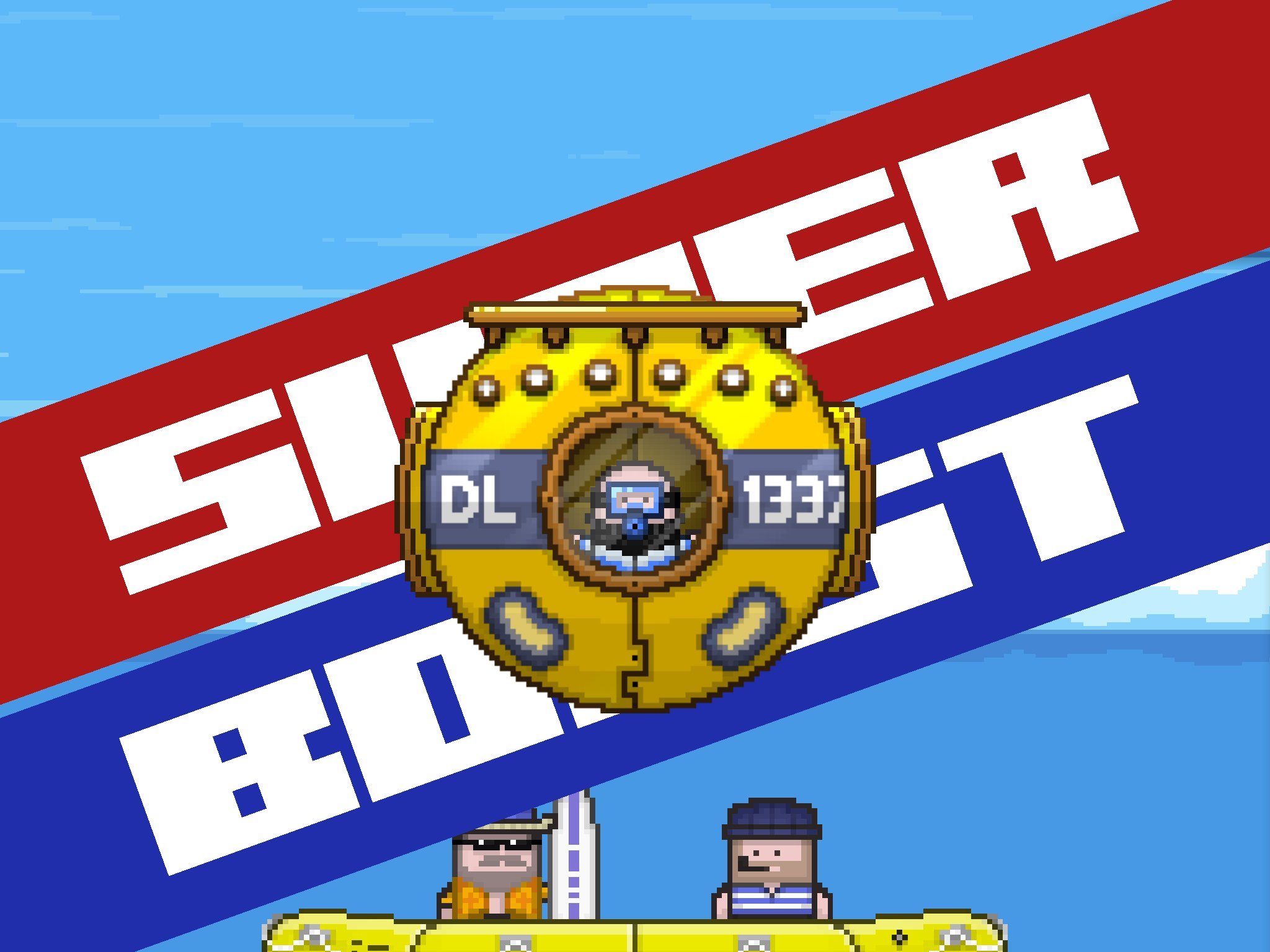 These boosts cost 750 and 1250 respectively to start further down. If you’re trying to just get large amounts of cash and not going so much for treasure, then starting deeper down is worth it because the gold blocks have more money in them the further down you go. Especially with the super boost – it might take a while to drill through the blocks with the earlier drills, but when you’re collecting diamonds, it’s worth the wait.

As you get more powerful though, you may want to start deeper and deeper. Don’t always do this – some treasures and secret areas are only really available in earlier depths, and there’s something to be said about being able to just tear through areas of weaker creatures to find more less-valuable treasures quickly. Remember – locked chests always are worth opening. 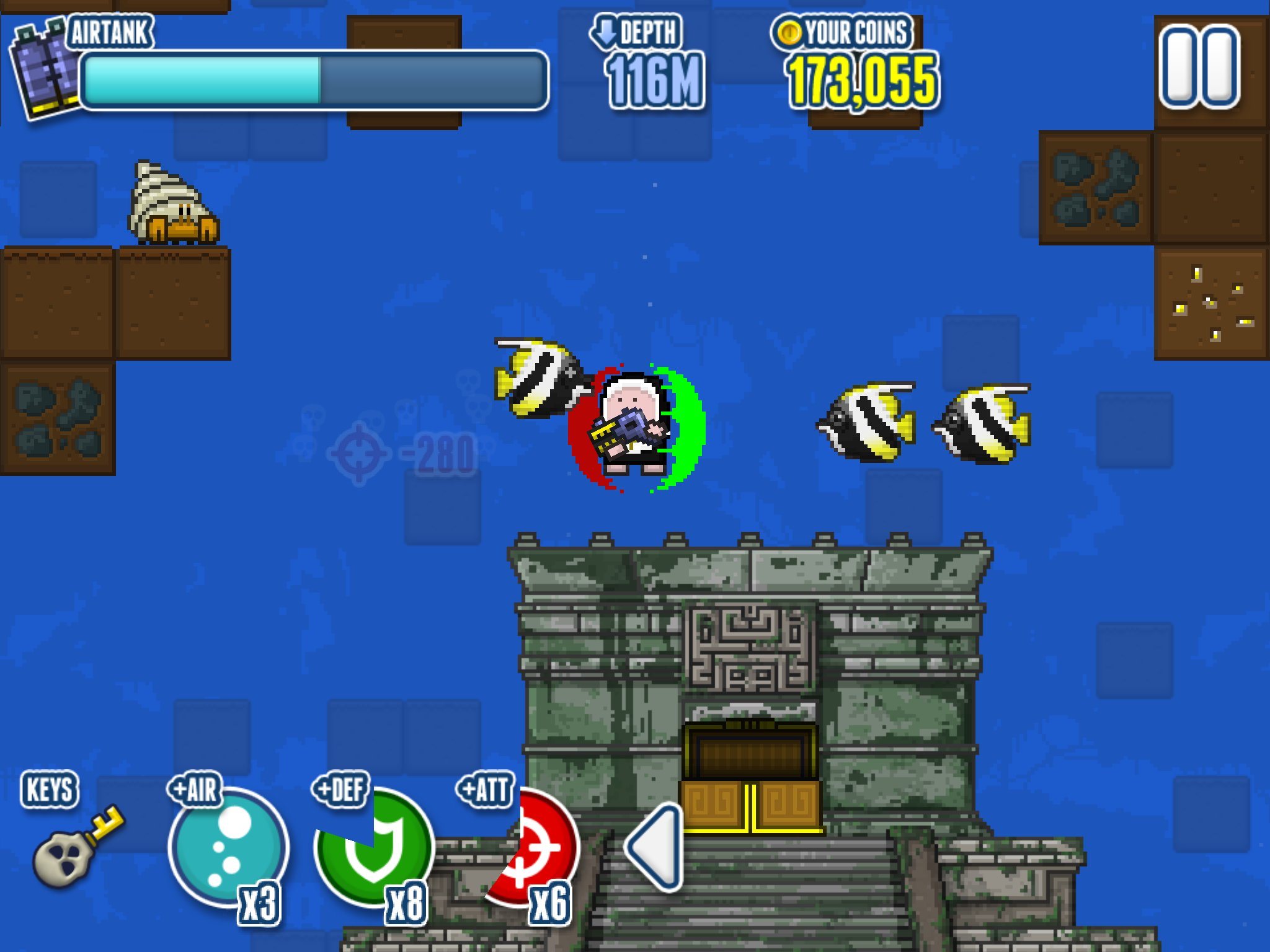 The various creatures under the sea have different behaviors. Some will come after you pretty much instantly, especially later on in the game. But early on, you don’t have to take out every single thing you see, as many will not attack you. Instead, learn which enemies will attack you – swordfish-looking creatures and shelled creatures walking around on flat land will – and which ones will only retaliate. Those angelfish? They won’t attack unless attacked first, and if others are around, they’ll team up on you.

Utilize Explosions to Your Advantage 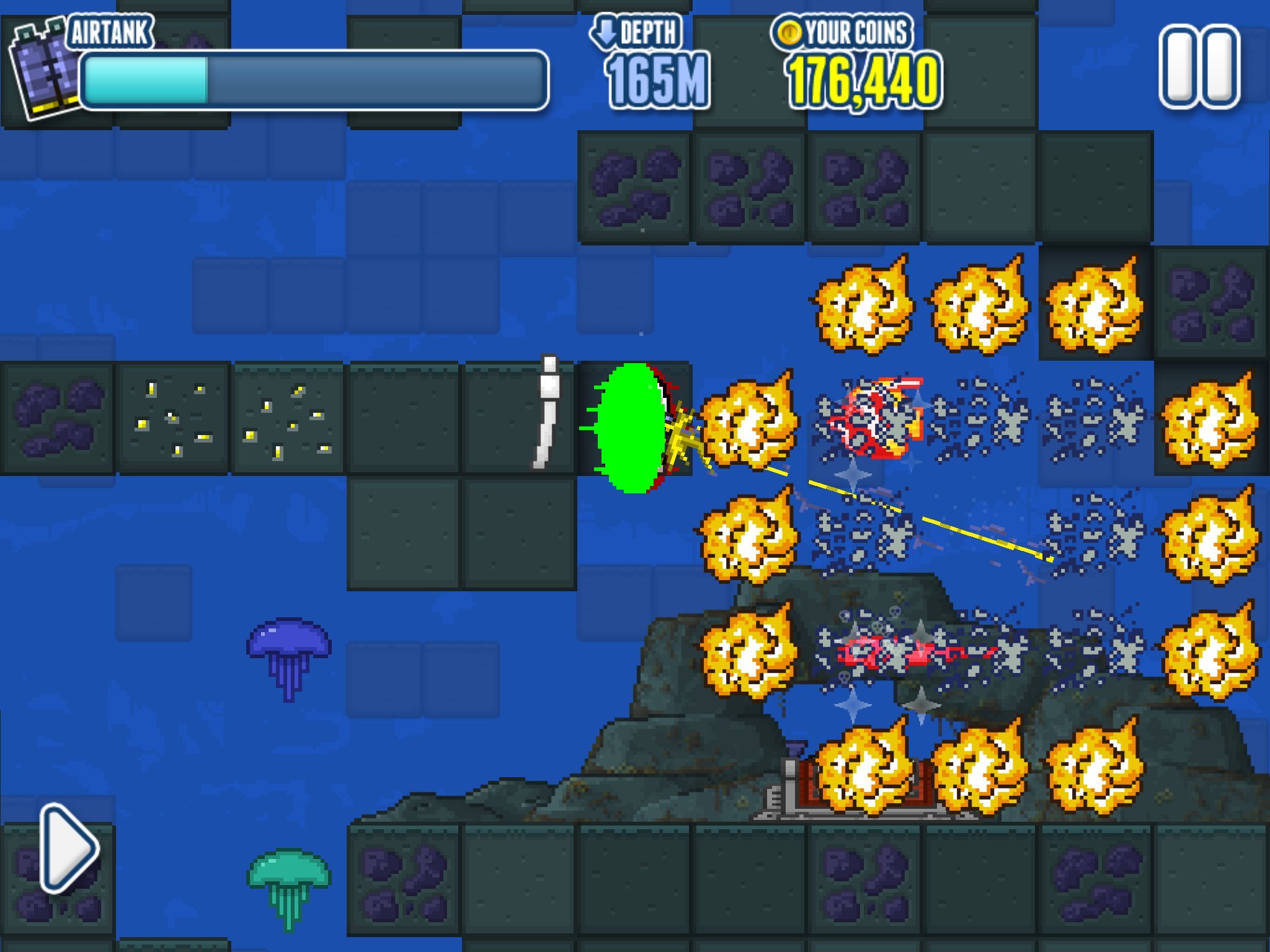 Stay away from mines and blowfish as they can hit over a large area. But if they’re near a locked chest, hit them immediately – you can save keys by blowing up a locked chest instead of opening it up. Unless you have the skeleton key, a rather long run will often cause you to run out of keys, so being able to get a freebie like this is worth it. 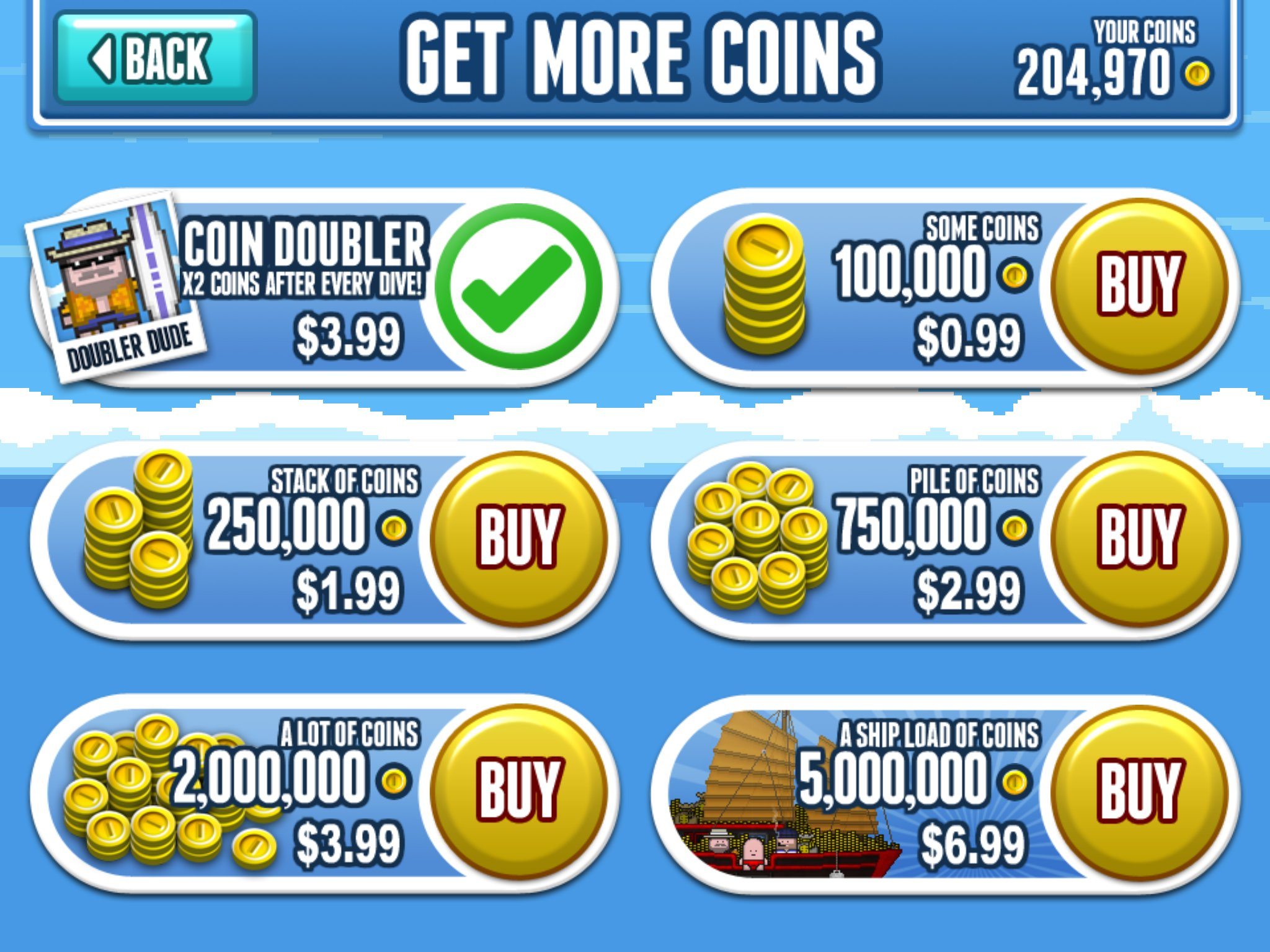 Without any energy timers, Deep Loot is a game that can certainly be played for free – just with slower progression. If you are looking to spend money, the $3.99 coin doubler might seem tempting, and it’s certainly a satisfying investment. But the $3.99 2,500,000 coin pack is perhaps more valuable: you can buy all the upgrades pretty much instantaneously with it.

Still, the progression is the fun part of the game, so we say just go with the coin doubler. Watching your collected coin amounts double with each round is quite fun, and you’ll progress at an enhanced pace that doesn’t give you everything right away. Think of it as getting more time to use your spent money on.

Buy Upgrades, Not Suits and Ships 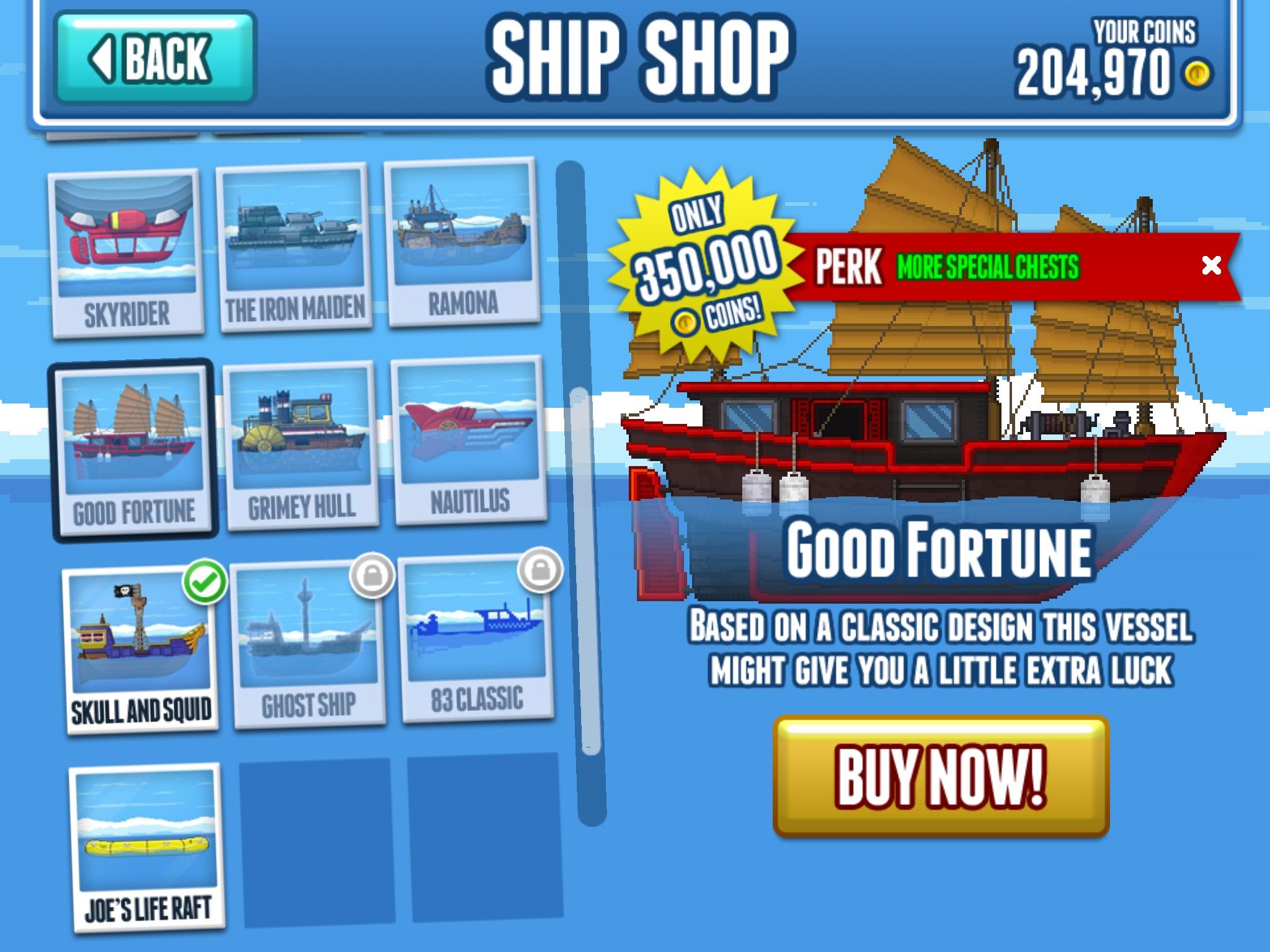 Suits and ships might look cool, but if you’re looking to have longer and more profitable dives, go for the upgrades. Each one is valuable for lasting longer or making it through blocks and enemies much more quickly. Suits have only minor effects, you can get some of the suits by exploring the levels anyway, and the ships’ bonus effects are often not worth the cost of buying them. Of course, there’s nothing wrong with cosmetic upgrades, but doing hundreds of damage points to enemies is more satisfying.