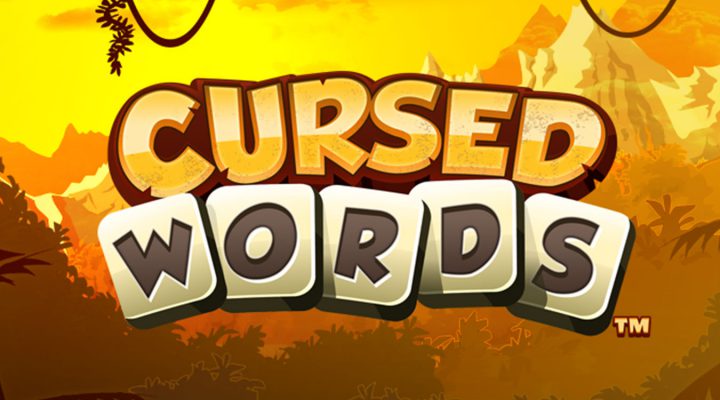 Think back to the last time you had to spell something quickly. Feel that mild sense of panic? You’ll be happy to know that Cursed Words, the competitive word game from iWin, inspires none of that feeling since you’re not racing the clock.

Instead, you’ve got to plot each word you spell carefully. For starters, you’ve only got eight letters from which to choose, and you have to spell something. But you don’t want to give your opponent too many opportunities to spell long words of their own, or else you’ll lose in this game of head-to-head racing via spelling.

If all of this sounds intriguing, it’s because Cursed Words is a clever reimagining of word/spelling games you’ve played before. Because it’s competitive, you’ll want to be at your best as quickly as possible, which is where our Tips, Cheats and Strategies come in. We’ll spell it all out for you now, and we’re not even sorry about that pun.

Why Did the Chicken Spell? To Get to the Other Side 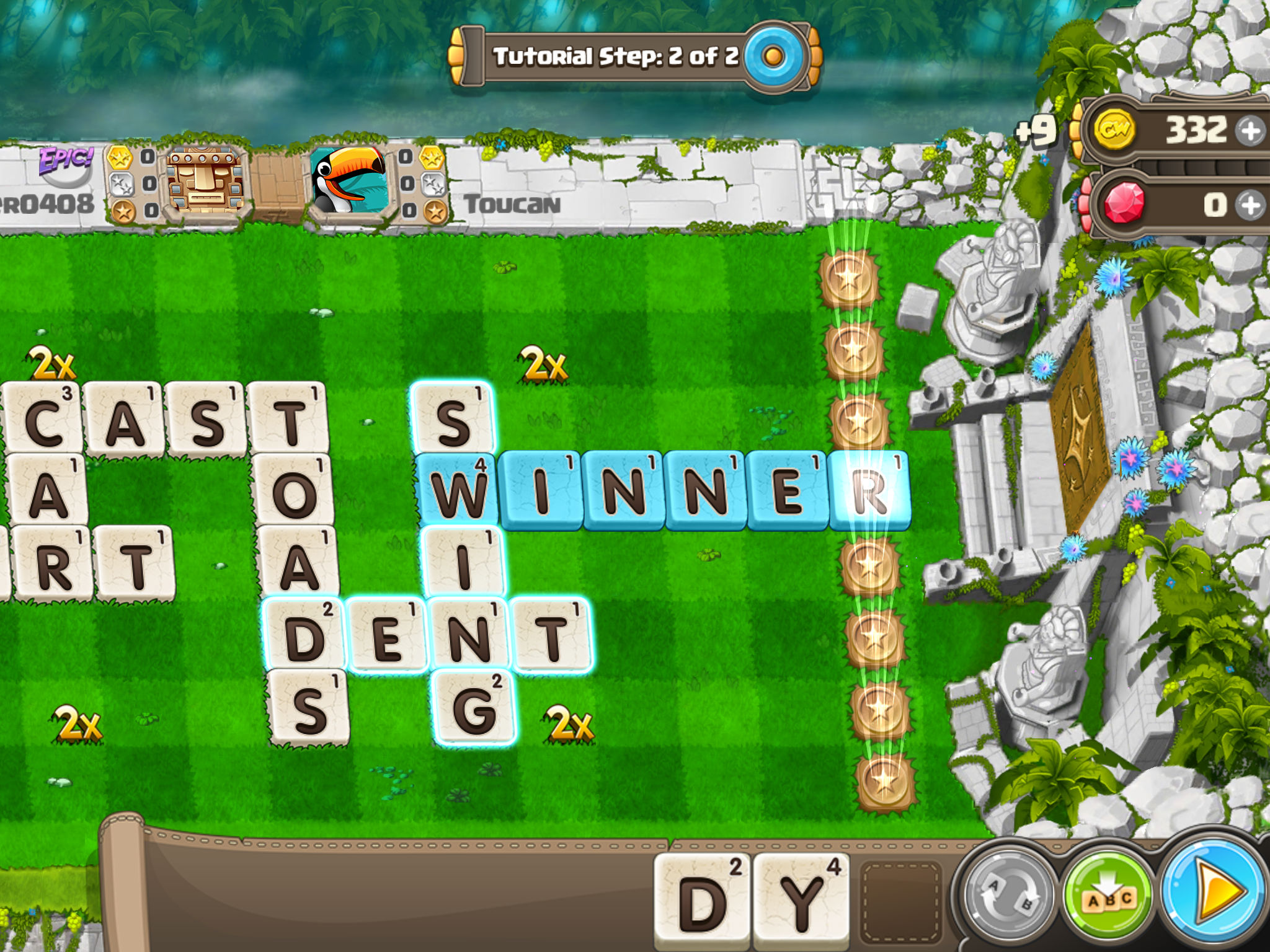 Okay, so there are no chickens in Cursed Words. But there’s one nugget of truth in this section’s header, and that’s the fact that the goal of each match is to reach the star tiles on the right-hand side of the board by spelling a word into that column before your opponent.

Even if you’re the best speller around, you can’t make it there in one turn. You get just eight letters with which to spell your words, though like Scrabble, you can spell them both horizontally and vertically. Also like Scrabble, each letter tile has a value, and there are squares on the board which can double them, but that’s only for earning coins and doesn’t affect who wins a match.

Why would you want to spell vertical words if you’re trying to get from left to right? There’s one very good reason: you have to spell at least one word every turn, and you forfeit the match if you don’t (with one exception we’ll get to shortly). Sometimes that’s only possible by going up and down instead of left to right.

It also could be a strategic gambit on your part, because the letters you leave on the board become the ones your opponent can use to spell their words. The closer you get to the star tiles, the more careful you need to be — especially since you don’t know which letters your opponent has in their tray for the next turn.

Bonus Tip: Not sure if you’ve laid down a legal word or not? The color of the tiles is your guide. If the tiles are red, you’ve either not spelled a word or you’ve used one that’s less than three letters. If the tiles are blue, you’re good to go.

Power-Ups Are Your Friends 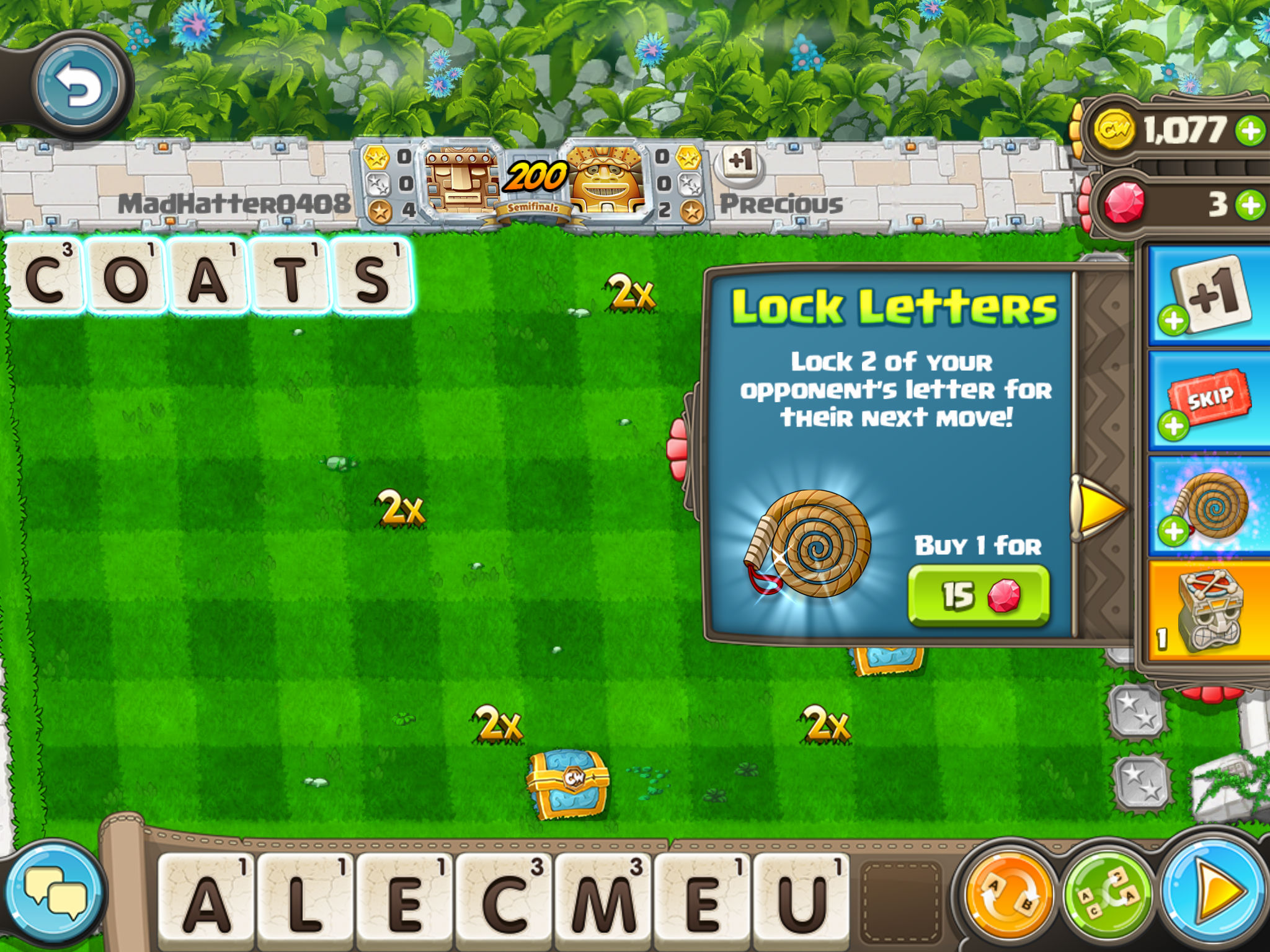 Sometimes there are simply no ways out of a sticky spelling predicament. Before you hit the play button and forfeit the match, consider using a power-up instead. Cursed Words offers six of them, each helpful in its own unique way.

Except for the swaps, which you can activate with the orange button on the bottom of your screen, the other power-ups have their own tabs on the right-hand side. You can buy them mid-game if needed.

How to Get More Gems 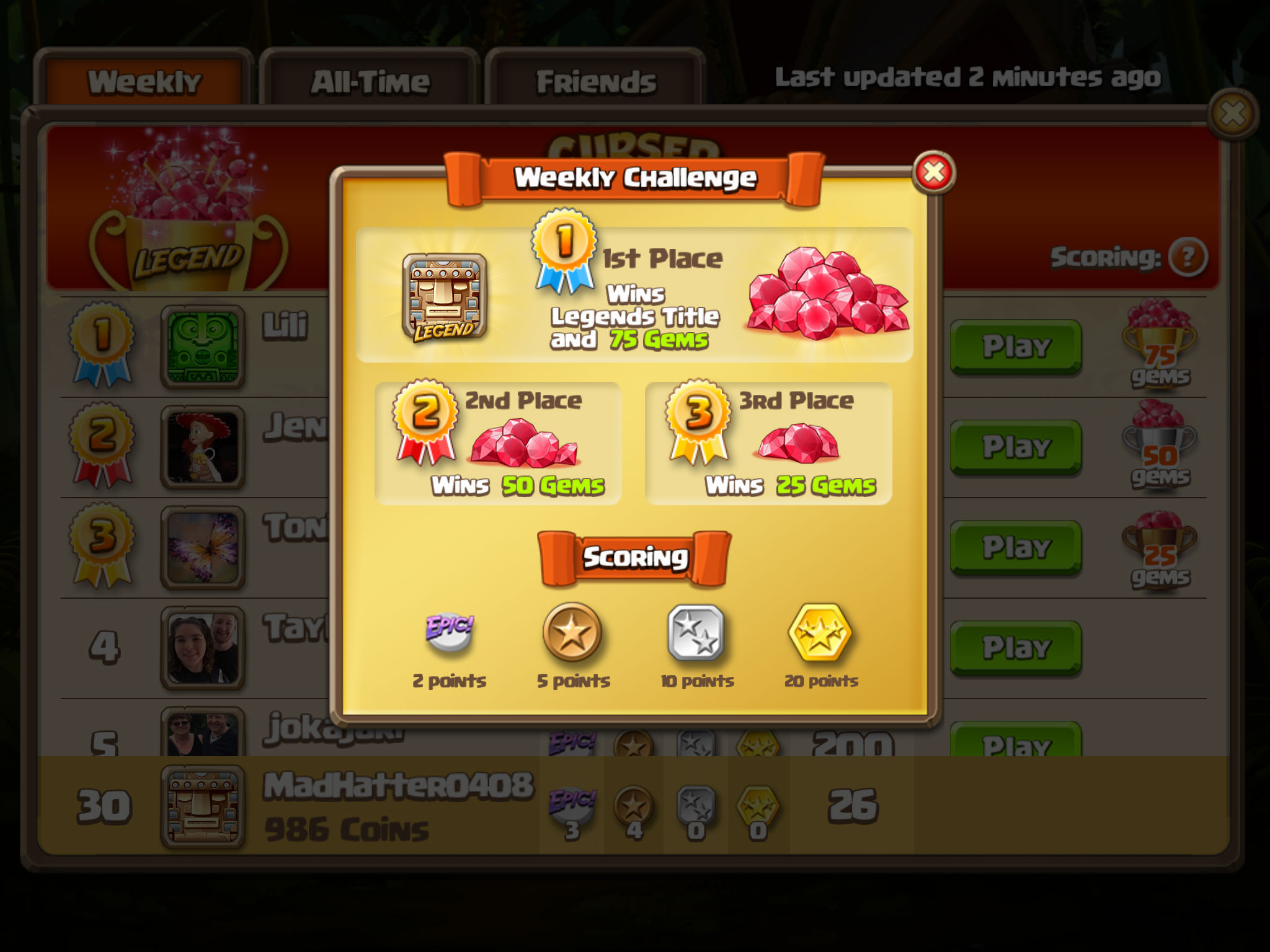 Because as noted, those power-ups aren’t free. You’ll need gems, and you can earn them in several ways.

You can also buy gems for real money, of course. Tap your total balance of gems inside a match or the shop icon on the main screen to see your options in that regard. 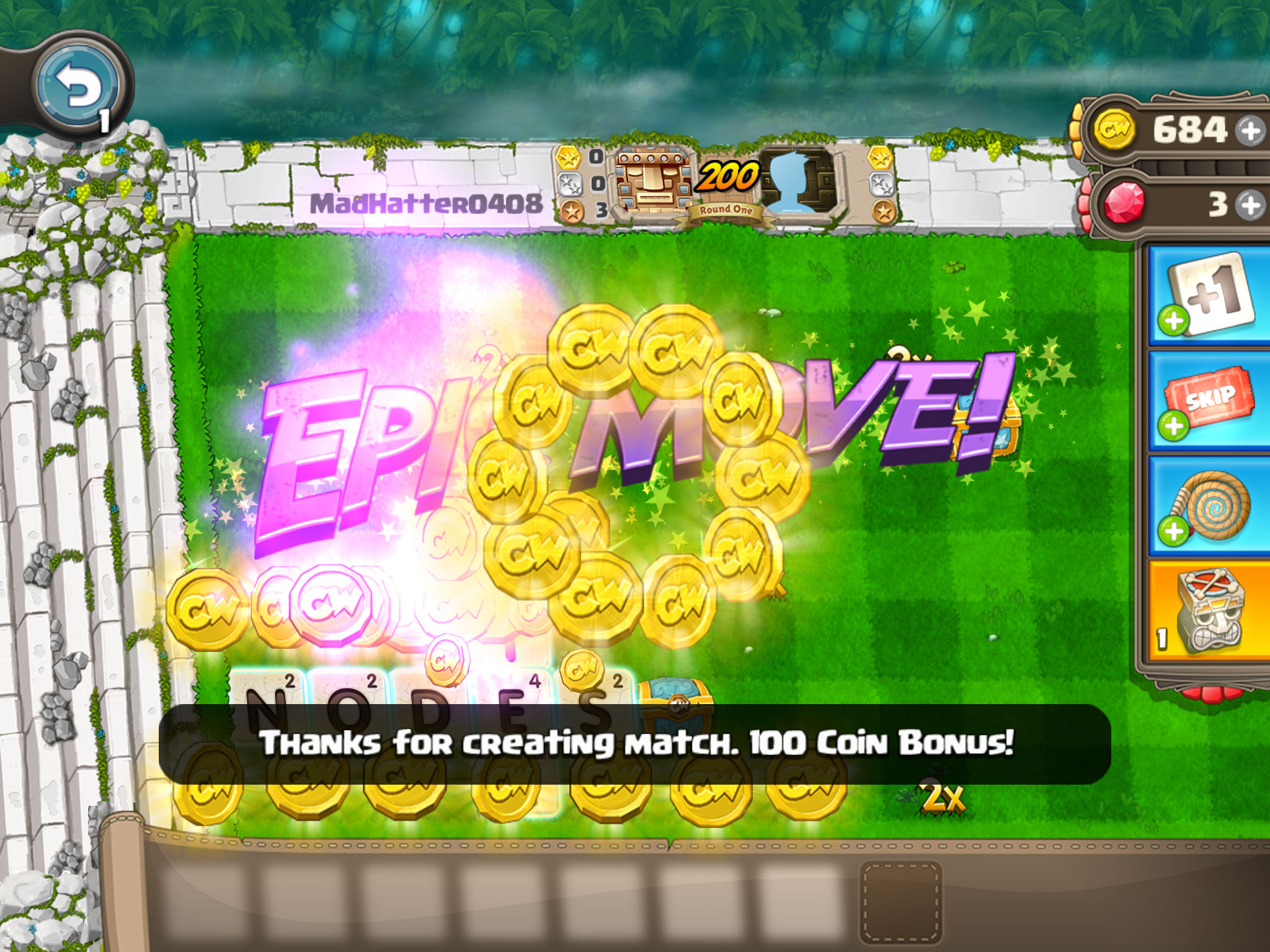 Cursed Words is published by iWin, which also owns Gamezebo. iWin did not contribute or otherwise have any input into the content of this article.