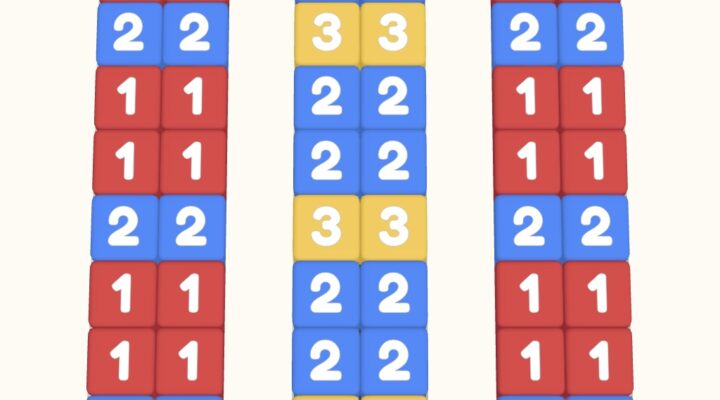 Cubes Control is a game about merging blocks with the same number on them. Merge two blocks and the number on the one that remains will go up by a digit. You’re trying to make all the merges you can in order for there to be a single block left on the field of play. Sounds pretty simple, right?

But the blocks all move at the same time when you swipe, and there are other challenges waiting to give your gray matter a bit of a workout. That’s where this guide comes in. We’ve put some time into Cubes Control and discovered a series of strategies that are going to help you out when the going gets tough.

Whether you’re about to swipe your first set of cubes or you’ve already taken down a few of the bosses, there’s going to be something here that’ll make sure you’re in full control of your cubes. So here we go – these are the best hints, tips and cheats for Cubes Control. It’s important to learn how to use the corners of the level to keep blocks trapped, and how to use them to shift the directions that a block can move in. Remember that all of the blocks move when you swipe, so figuring out how to get them to merge while keeping one of them stationary is a skill you’ll have to nail.

When you push blocks together, they’ll keep merging until they can merge no more. This can make huge chains when you push together blocks that keep adding up to one another. There are some levels where you can finish everything with a single swipe. Look for stacked matches to get the most out of the experience. There are some blocks that can’t be matched, some that need a key to get rid of them, and some that will multiply the number on a block when they pass through. Learn the ways these different blocks work and you’re unlikely to get stumped when they appear as part of a challenge.

When you’re playing a boss level, things change a little. Instead of trying to clear the blocks until there’s just one left, here you have to keep merging until there’s a block with the number you’re aiming for on it. It’ll take a bit of time, but the best way is to focus on building a single block up to one below the target, then repeating to join them together. Don’t be afraid to retry

Sometimes you’re going to make a mistake that’ll make a level impossible to finish. Don’t fret about it. If the going’s gotten too tough, you can tap the retry button to have another go. It’s much better doing that than it is watching a video to skip a level – usually the second time round you’re going to nail it.