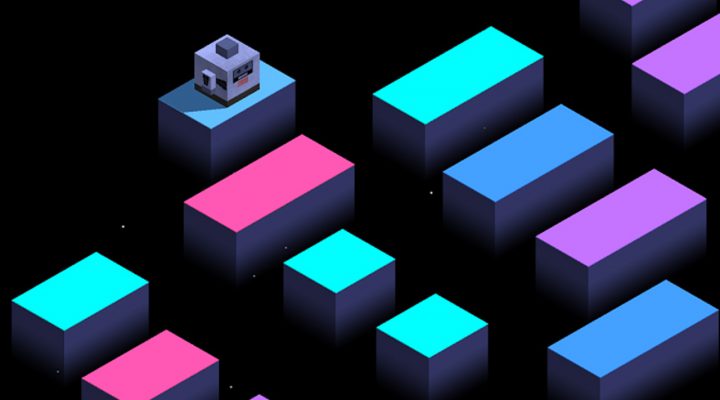 Cube Jump from Ketchapp is a fairly simple and straightforward game. Though, as with any game, a bit of strategy can go a long way towards succeeding. Even though Cube Jump isn’t a game you can technically win, each time you beat your best score, or a friend’s best score, that can and should be considered a win.

The following Cube Jump tips, cheats and strategies are meant to give players some things to keep in mind as they work towards toppling their own best scores. With a bit of focus, patience, and practice, you’ll be confidently jumping across the void of space like it’s a shallow little puddle. 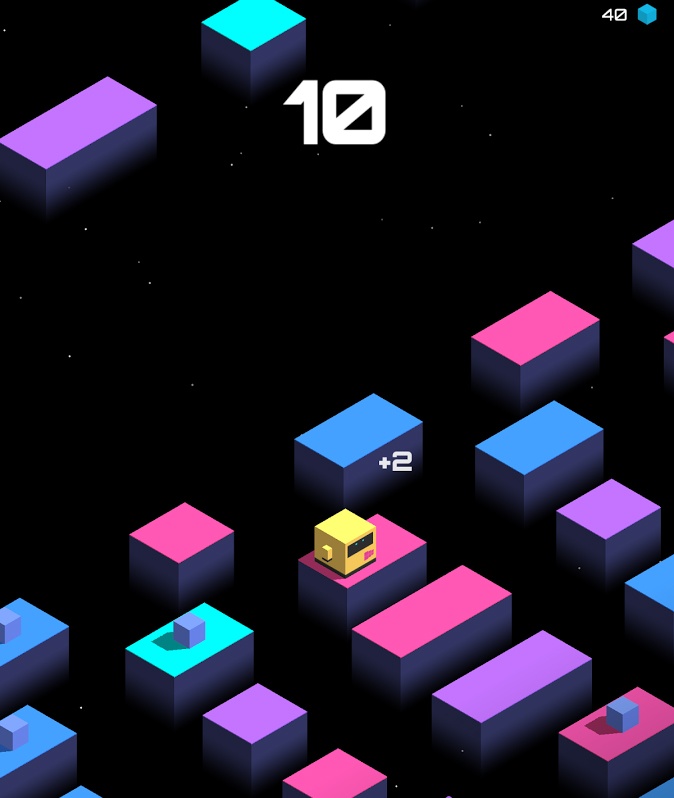 The biggest trick towards obtaining a high score in Cube Jump is to jump from platform to platform as quickly as possible, and aim for the smaller platforms as often as possible. 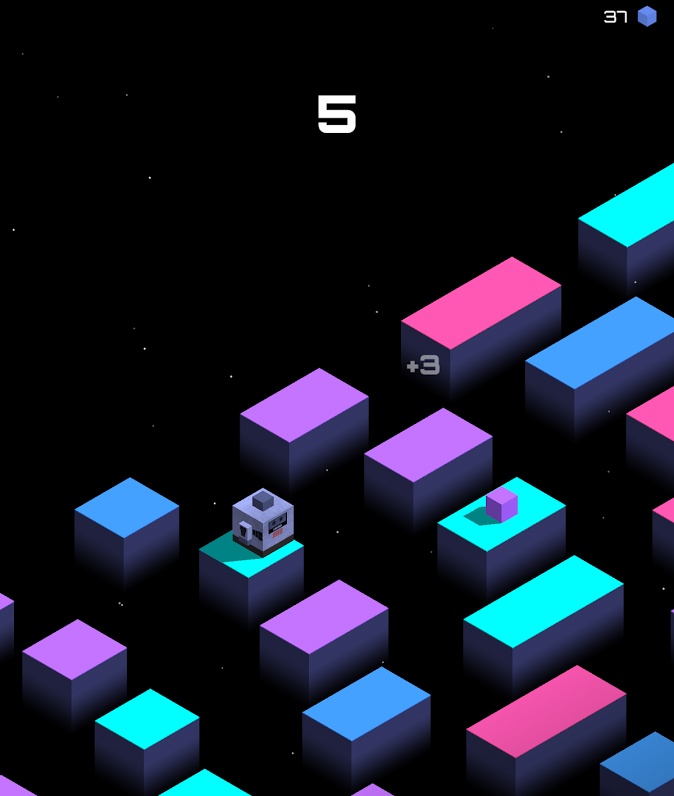 The lanes you’ll be jumping into alternate directions. Every other lane goes from the left to the right, and the lanes in between them go from the right to the left. If you stay on a platform for too long, you’ll be flown off the gameplay area and lose.

It’s best to always make your jumps in the middle of the gameplay area as much as possible. By jumping in the middle you’ll have a second to assess the incoming line of platforms and ready yourself for the next jump. Also, if you wait too long, you won’t be able to see the platforms that have cubes on them (which you collect and use to unlock new characters to play as) so by playing in the middle you’re more likely to be able to accurately land on a cubed platform and collect the reward. 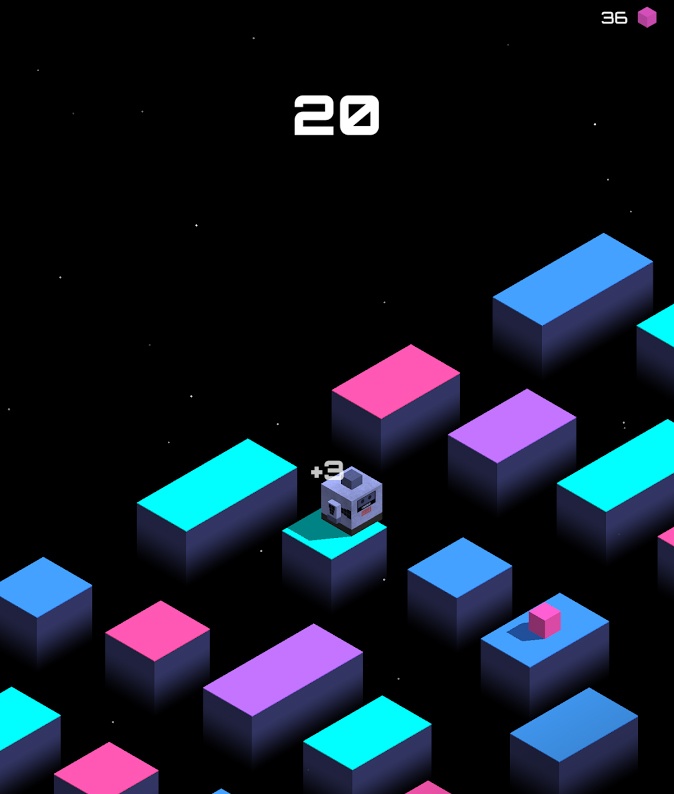 As you play Cube Jump, you’ll notice that the game likes to shift speeds periodically in an attempt to throw you off.

When you trigger a multiplier, for example, the momentum of the incoming platforms kicks up a notch to really make you work for those bonus points. You can easily avoid this turbulence by taking your time and jumping at a more relaxed pace.

This is what I usually did, I avoided the urge to rapidly leap-frog around and be greedy for points, and took an extra second to focus on accuracy. My longest runs were the slow, methodically-timed runs, rather than a mad dash to try and quickly rack up points.

Air Time is Down Time 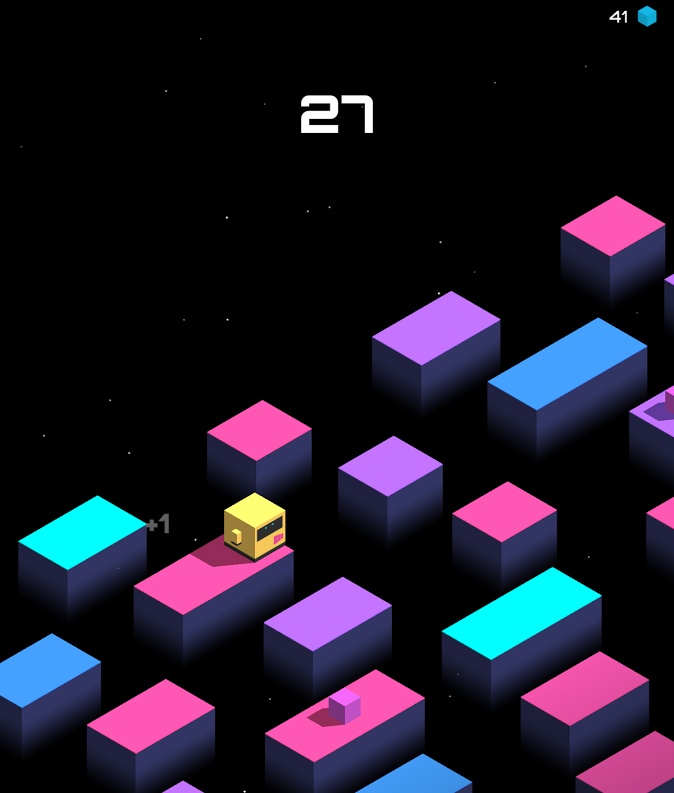 Anticipate the amount of time that it takes your cube to jump between platforms. This is a bit tricky to get used to at first, particularly because some platform lanes travel faster than others, but after a dozen or so attempts you’ll start to get used to anticipating the downtime in between jumping and landing.

Always aim for the front of the platform. Nine times out of ten, I’d fail because my cube would tumble off of the end of the platform because I waited too long to jump. Jump into an oncoming platform, not at a platform that’s in front of you.