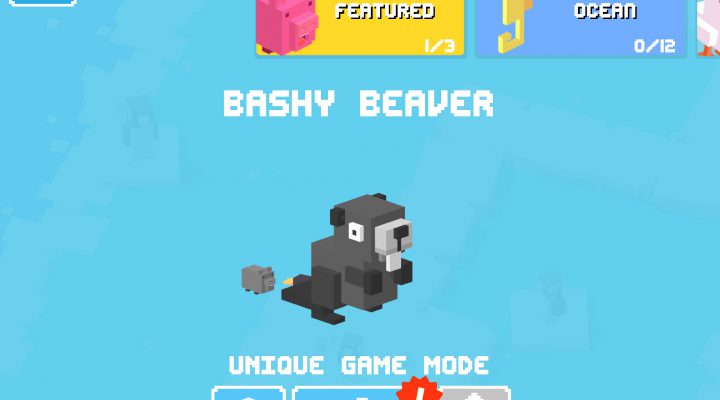 Hi there. We’ve never met, you and I. But if there are two things I know about you, it’s that you’ve definitely played Crossy Road at one point, and that you probably haven’t played it in quite some time. If I’m wrong about the first one, congrats, you’ve held out longer than most and can probably use our general Crossy Road tips and strategies. However, it’s the second part I’d really like to address, because you might not even know about the Slippy Penguin and Bashy Beaver modes.

It’s true, there’s more to do now in Crossy Road than there once was, starting with two game modes that weren’t around at launch. Let’s dive into them a little more and see what they’re all about.

Slippy Penguin: How to Unlock and Tips on Playing

Slippy Penguin flips the script on the usual Crossy Road gameplay by taking your penguin (perhaps obviously) and placing it on a series of ice slides with random layouts. There’s no tapping involved, only swipes to change direction: up down or to either side. 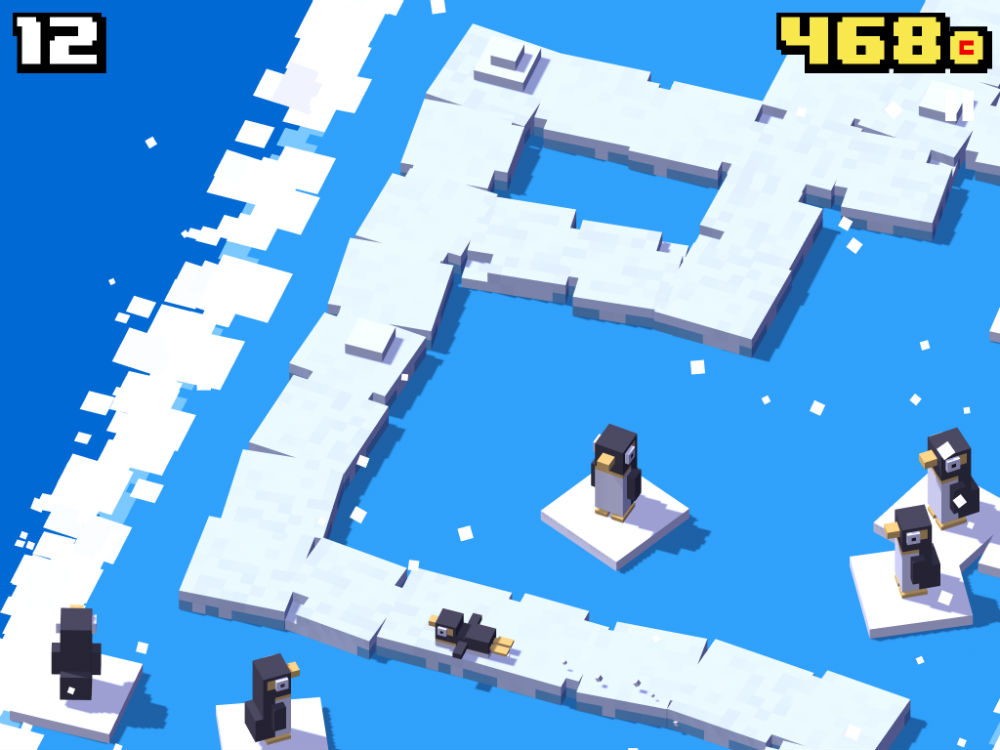 The object is to slide as long as possible without falling off the ice and into the water. Like the standard mode, your score increases the farther you go, but you can actually rack up more points for each square you slide in any direction. That means you can increase your score by sliding back and forth over the same stretch of ice for a bit if you choose, but there are two things that keep you from doing that too long. The first is that the longer you slide, the faster your penguin goes, making the timing for changing direction without taking a swim trickier. Also, while there’s nothing chasing you in Slippy Penguin mode, the bottom of the screen does slowly move up over time, so if you stay too close to the bottom edge for a while, you eventually won’t be able to see your character and that will spell your doom.

It’s a fun change of pace from normal play and can still be used to earn coins since they appear on the ice too. You can unlock Slippy Penguin by either paying $1.99 via in-app purchase or paying 10,000 coins, so it’s possible to grind your way to unlocking it — though it will definitely take you some time and effort.

Bashy Beaver: How to Unlock and Tips on Playing

Thanks to a Crossy Road community event that was completed in late August, Bashy Beaver was added to the game shortly thereafter. Currently, it can only be unlocked by paying 10,000 coins, but it would not be shocking to see it available as an IAP at some point down the road.

Since we haven’t saved up the coins yet (thanks to doing the same for Slippy Penguin), we don’t have firsthand Bashy Beaver tips for you. However, what we can tell you is that it is more like traditional Crossy Road than Slippy Penguin in the sense that you are trying to move up the screen before you are caught from behind. In this case, it’s rising water that’s doing the chasing.

Because you’re a beaver, you can chomp your way through trees, which is handy since this mode is full of them. Taller trees take longer to chew through, but you can speed up your chewing power by collecting fish, though that also speeds up the water.

Here’s a video of some Bashy Beaver gameplay from Damobile Mob so you can see it in action:

Both these modes should help keep Crossy Road fresh for you in-between trying to beat those high scores you probably set months or years ago. Happy hopping … and sliding, and bashing.

Football Strike Tips: How to Improve All Your Stats