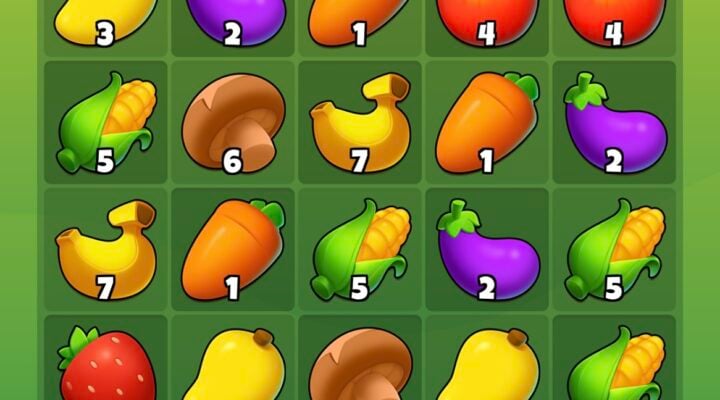 Crop Master is a merge-stuff puzzler that sees you blending together different fruits and vegetables to create new varieties. There’s a simple rhythm to the play, and it’s easy to pick up and play. But if you want to really get to grips with the game and start making the biggest matches, you might need some help.

And help’s what we’re offering here, in the form of this guide. We’ve played a decent chunk of Crop Master and discovered a series of strategies that we think are going to take your mastery of the crops to the next level.

Whether you’re about to merge your first bunch of carrots or you’re already harvesting juicy strawberries, there’s going to be something here that’ll make you even better at the game. So, without further ado, here are the best hints, tips and cheats for Crop Master.

Any shape will do

So long as there are three crops or more matched in straight lines, they’re going to disappear. That means L shapes, and any sort of variation of them work as well as solely horizontal or vertical connections. It takes a bit of getting used to, but once it clicks you’ll start seeing matches everywhere.

The move counter in the top left corner of the screen tells you how many moves you have. It doesn’t go down if you make a match, though, only if you move a crop without matching it. And it resets as soon as you do make a match. Use these moves to shift crops around to more useful positions.

Merges go up one

It doesn’t matter how many vegetables you connect together, the end result is going to be one tile of the next crop along. That means huge matches can clear the board, but it also means you’re going to have to work hard to get the higher level crops, because you’ll need to produce them a single tile at a time.

What do the specials do?

There are two special moves along the bottom of the screen. One of them will minus one from a selected crop tile, the other will clear it from the board entirely. They’re reasonably useful, but you’re probably only going to utilize them from time to time. It’s good to know what they’re for, though.

You can spend your coins on more specials. You’re going to earn a decent amount just by playing, though, and if you use the specials sparingly there’s not much point watching the videos to get more coins. Just keep playing and you’ll earn enough to get what you want.