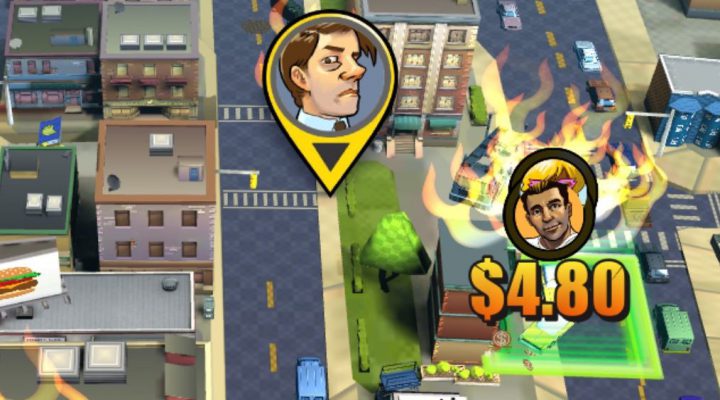 So Lucy from Marketing or Eric your friendly neighbourhood postal carrier (whoever it was we’re just glad you’re here!) has managed to convince you to give Crazy Taxi: Gazillionaire a whirl on your iOS or Android device. Now what? For many of you Crazy Taxi Gazillionaire might be your very first idle clicker, for others you’ll have quickly noticed that it looks and feels a little different than your average idle clicker. You’re a rebel with a cause – undermining and taking down corporate America. 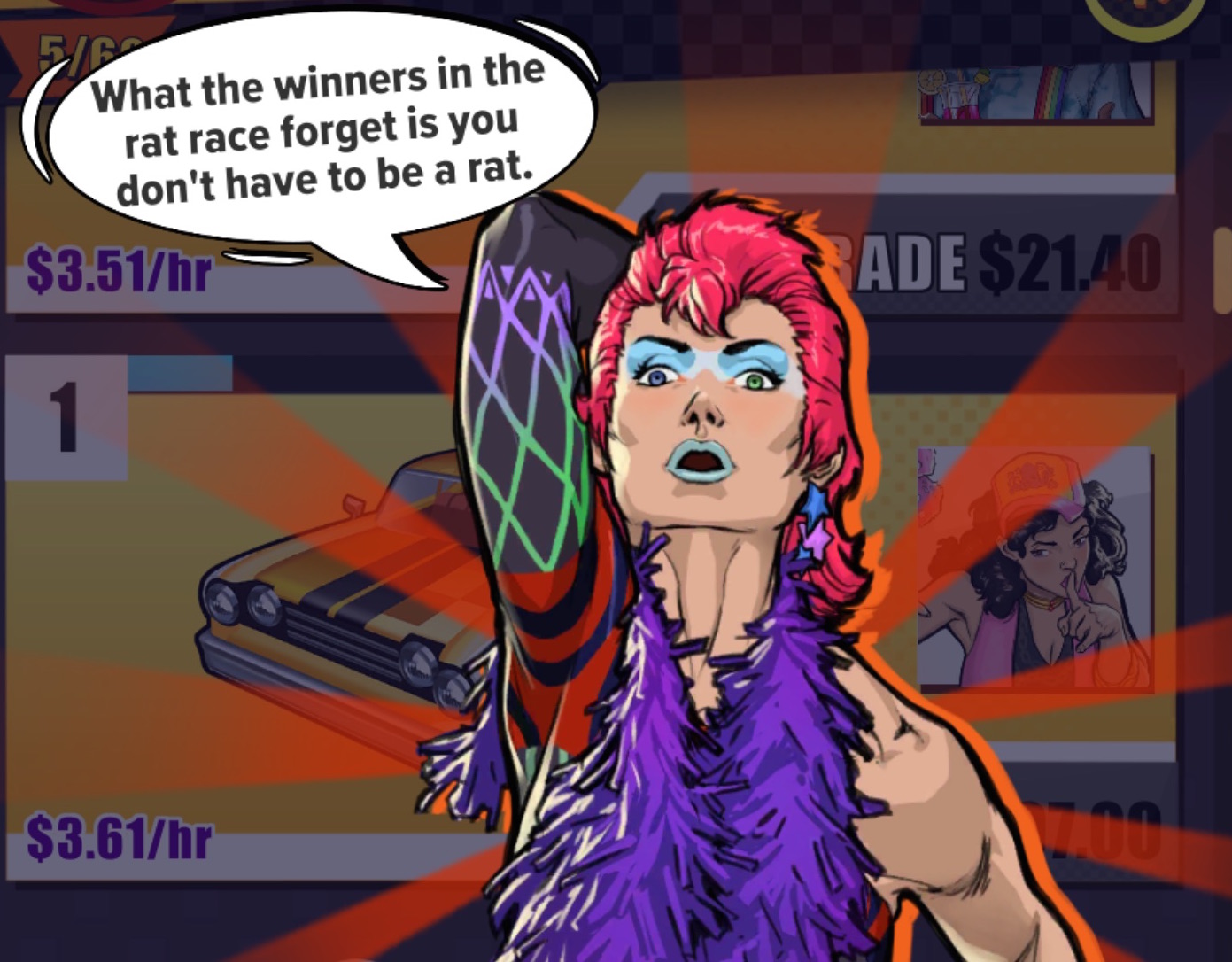 In order to help you on your quest, we’ve prepared 10 quick tips that should help you along the way. One thing to keep in mind is that luck can play a pretty big role in how fast you’re able to progress through the game, so while all these tips will make a difference, putting them to use might have more/less of an effect depending on your luck.

In normal life addictions to scratch tickets should probably be discouraged, at the very least because of the congestion problems they cause at the counters of corner shops around much of the world. However in Crazy Taxi Gazillionaire these scratch tickets are the main way to upgrade your drivers and unlock new ones. 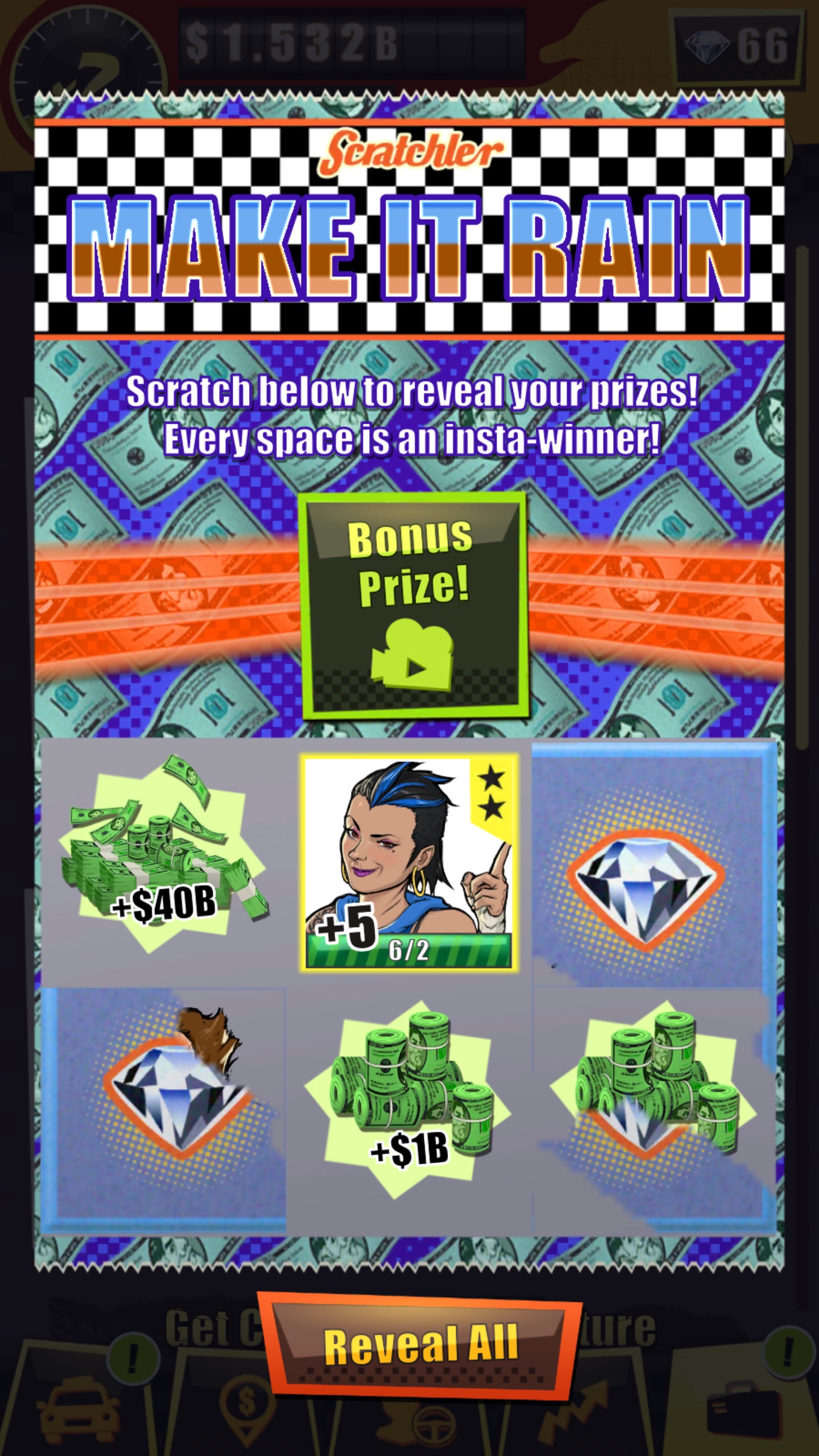 Getting a 3-star driver early on in the game that can be used in the West Coast zone can make a world of difference in terms of how quickly you’ll progress through the game. If there’s one thing that’ll see you through make sure you always have a ticket in delivery mode. Class S first then Class A. Speed up delivery if you have the time or inclination to watch an ad. It’ll be worth it. However, DON’T spend diamonds to deliver now unless you’re rolling in diamonds. They’re better spent getting cash (see tip 6). 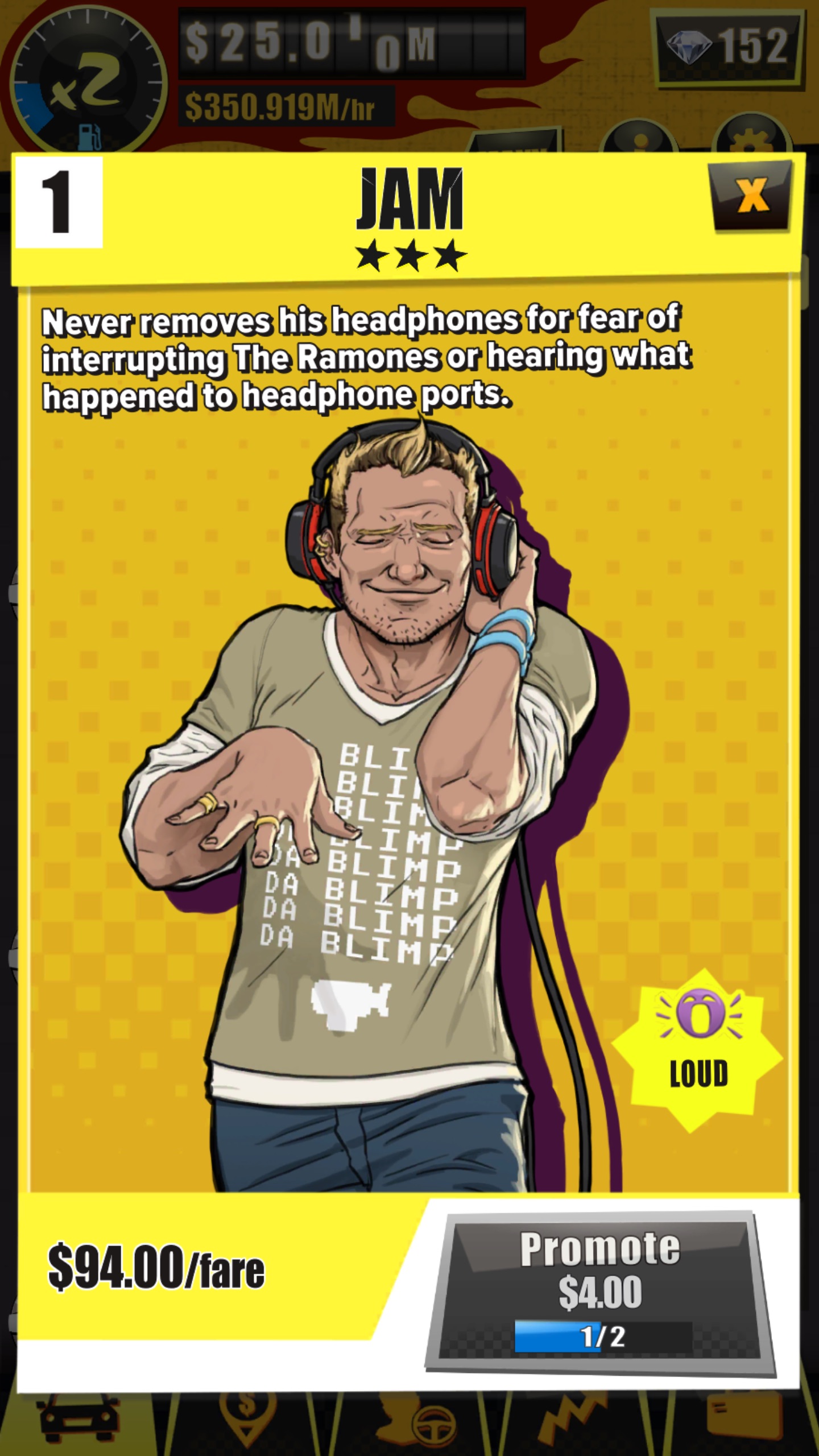 Crazy Taxi Gazillionaire works differently from your typical idle clicker. Don’t waste your money upgrading all of your cabs. Once you’ve unlocked a three-star driver, your money is better spent focused on upgrading that one taxi. If your three-star driver can’t be put into play until Glitter Oasis or Small Apple, then it’s worth upgrading your top earners in the West Coast zone to make sure you’re getting the best bang for your buck.

Have a Little Patience

Like in most idle clickers, it pays to be idle. Putting the game down for a few hours (while asleep, at work, at school, etc.) gives you the opportunity to rack up some cash while sparing your battery (and brainpower). The principle of patience extends to prestiging. As you progress through the game you’re going to be invited to prestige (start over from scratch in terms of taxi levels and cash in exchange for a big bonus).

There’ll be some temptation to prestige as soon as the green alert appears on the main game tray. Hold off. Look at the in-session earnings needed to make it to the next multiplier level. Are you close? Would 8 hours make a big difference? Don’t sell out quite yet. Hold on and make sure that selling out is worth it. If you want to stick it to the man, you need to get yours as fast as you can.

Early on in the game, you’ll be encouraged to match drivers up with their favourite vehicles. Once you’ve prestiged a few times and the difference in earnings between drivers gets significant, you can forget that advice. Within each level place your highest earners first to increase the impact of upgrades.

Take to the Skies: Stunt it out on the streets

While a lot of earning gets done while you’re idle, there’s fun to be glad by engaging in the taxi business hands on. While on the activity screen there’ll be aircraft – blimps, helicopters, planes and balloons. If you tap on them they’ll burst and deliver bonus cash or diamonds. Small bonuses can be collected right away. Big bonuses will require you to watch an ad to collect. 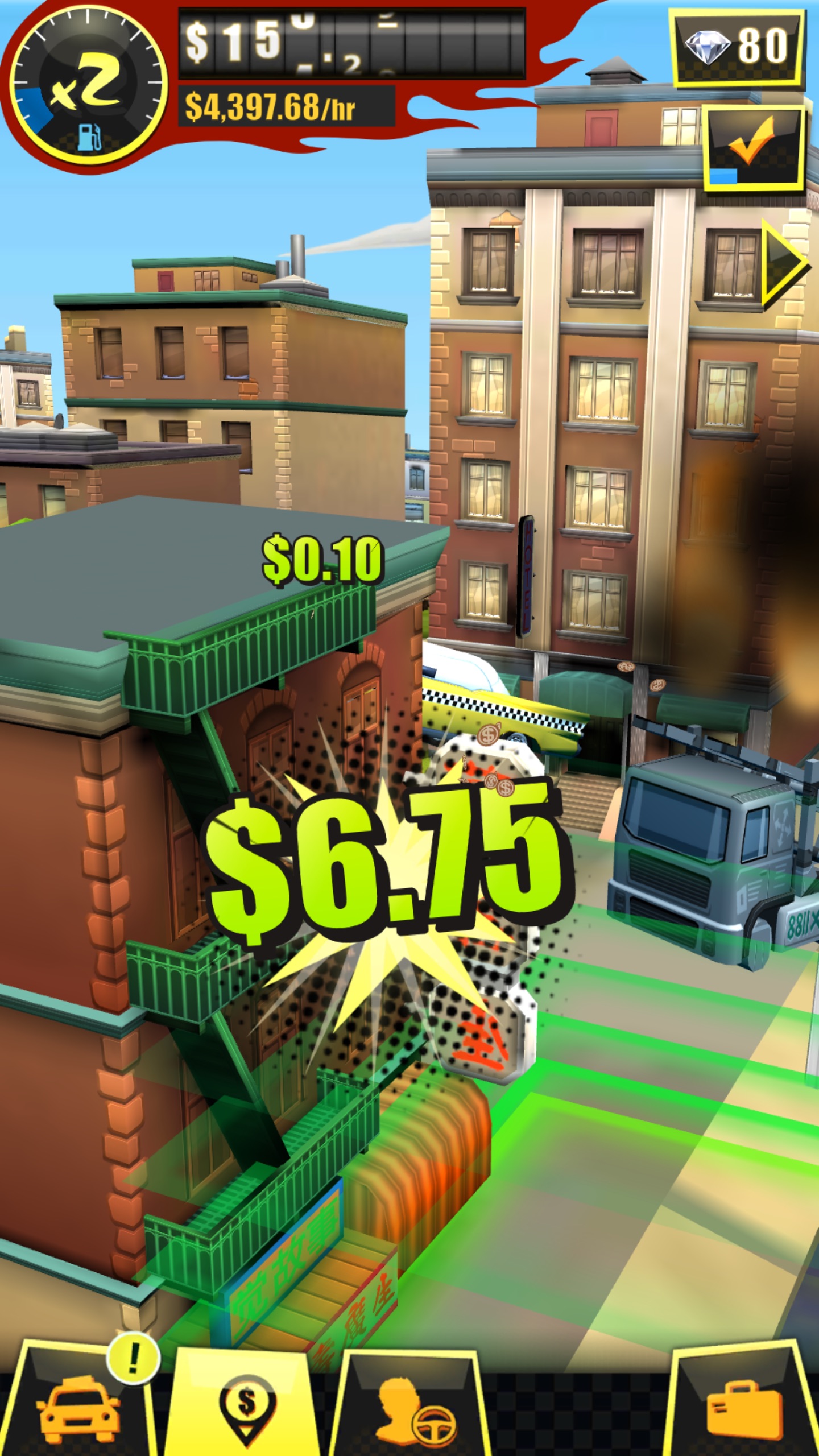 While it’s likely some users will find the ad watch requests to be too much, Crazy Taxi Gazillionaire is a free-to-play game and ads are something that comes with the territory, especially with clickers. At least it’s always your choice to watch or forgo the benefits.

While you’ve got your hands dirty, remember to hit the stunt indicators on the map to pick up some extra cash. This is a Crazy Taxi game after all! It’d be a shame to waste your chance to get wild!

Don’t Forget About Your Diamonds

Diamonds are Crazy Taxi Gazillionaire’s premium in-game currency. They are one of the things that carry over even when you prestige. While players are encouraged to buy extra diamonds, they actually accumulate up pretty quickly in the game if you’re busting up aircraft and completing missions. Because they’re both rare and common it’s almost too easy to forget you have them. Don’t! If you spend them wisely they can speed up gameplay massively. 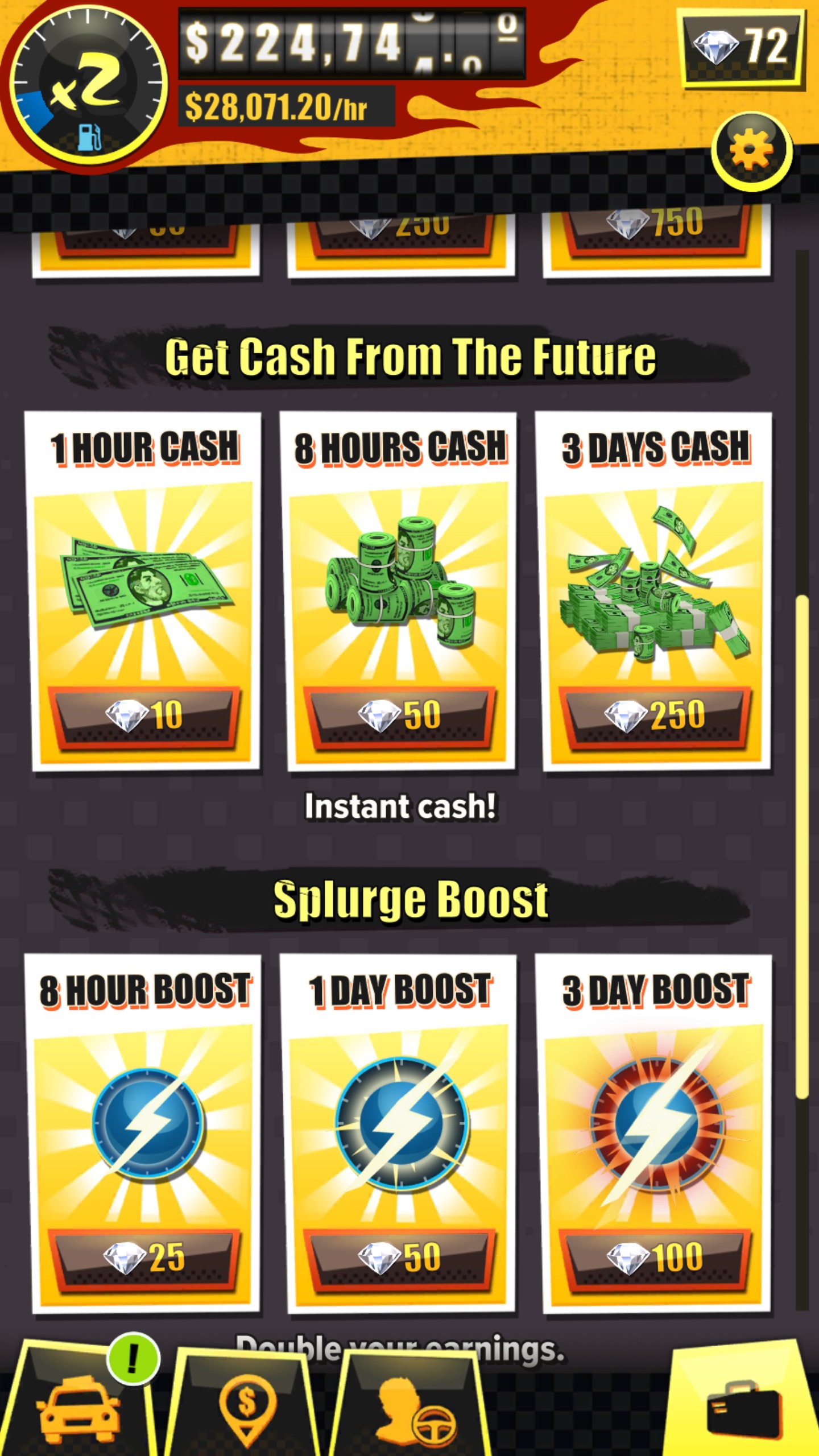 After extensive play, the best deal seems to be 8 hours worth of coins for 50 diamonds. If you’re close to a big prestige jump, this can make the difference of two or three multipliers which will have a strong knock-on effect, speeding things up for the rest of your time with the game. In true Crazy Taxi spirit, you want to go hard, go fast and take down the man before he realises what you’ve done.