With a little bit of action, a little bit of crafting, and a whole lot of exploration, Butterscotch Shenanigans’ Crashlands manages to check all the right boxes for a gamer craving adventure. But even adventurers need a little help every now and then.

Gamezebo’s Crashlands tips, cheats and strategies are chock-full of handy hints to make your stay on-planet a little more pleasant, and a whole lot more survivable.

Most games of crafting and survival try to impose some pretty strict bag limits on players, creating complicated inventory systems of foot lockers and filing cabinets to dump everything into once you’ve returned from your marauding. Crashlands isn’t like that.

You have a bottomless inventory, so collect everything that isn’t nailed down — even if you don’t need it yet. You’ll find a use for everything eventually, so the more of it you’ve collected by that point, the better. And since Crashlands doesn’t let you view your inventory directly (you’ll see if you have the materials needed whenever you view a recipe), there’s a very “set it and forget it” approach in play that will let you pillage, plunder and pilfer without the need to organize everything after the fact.

You’re not too good to sit on the floor 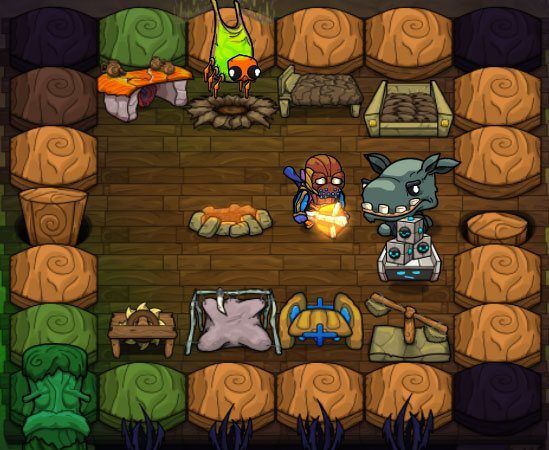 Every crafting station offers a wealth of recipes, and many of these are for things like chairs, tables, and decorations. From what we can tell, these serve no purpose beyond cosmetic appeal.

You want a pretty house? Good for you. But those resources can be better spent on bombs, potions, and pointy things.

We’re not saying you can’t keep a nice house, but if you’re really committed to grinding through your quests, you should probably just throw up some walls and stick your crafting stations against them. Besides, minimalist feng shui is so in this season. 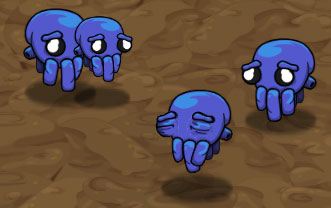 Just like learning to dance (you young whipper snappers don’t know anything about dancing! Why in my day…), you’ll find that combat in Crashlands follows a very particular pattern. Every creature does its own unique do-si-do, and learning their fancy footwork is a sure way to come out on top in the battle ballet.

Whompits, for example, will get angry and hop. Bigger Whompits will perform a quick double hop. Remembering what each creature can do will let you know what to avoid.

Speaking of what to avoid…

Better (not) dead than red 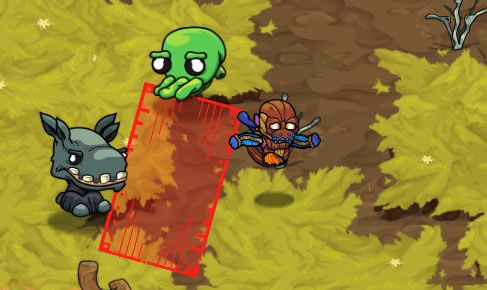 When caught up in an entanglement with the enemy, they’ll tip you off about where they’re going to strike by use of a red indicator. These can take different shapes and sizes, but they all mean the same thing: MOVE. Get out of the red zone the moment they appear, and you won’t take any damage.

You’re going to want to use this bit of information in conjunction with our Waltzing Matilda tip above. If you can memorize what a creature-type does, you’ll know what to anticipate before it even happens.

More often than not, you can run behind the enemy to get out of the path of destruction. When you do, start walloping them immediately. You’ll only get a few hits in before their next attack.

He who fights and runs away… 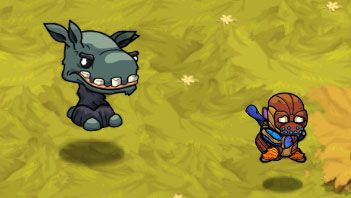 Crashlands is a fairly well-balanced experience and rarely throws anything at you that you’re not prepared to handle. Having said that, if you get too far along on a certain quest line, or wander too far off the beaten path in search of an ingredient, you may find yourself in, as the esteemed Jar Jar Binks once said, “big doo-doo.”

Don’t fret. Crashlands has given you copious amounts of quests and goals to work towards. Pick something different. A few hours will pass, you’ll craft better gear and recruit bigger pets, and you’ll be ready to take that challenge on again. And thanks to the game’s fast-travel teleport system, you’re only a few Glutterfly corpses away from your next objective.