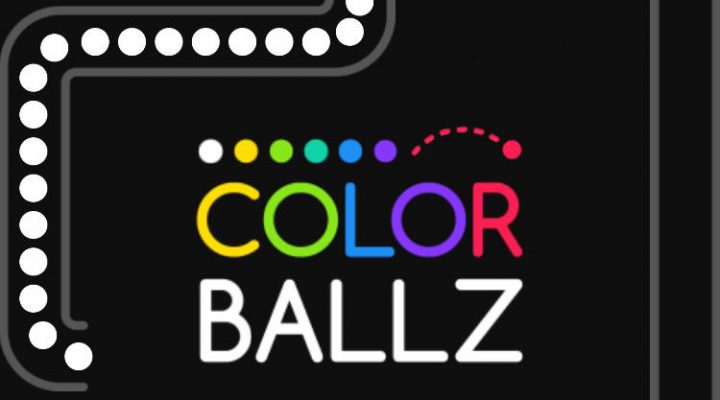 Color Ballz is the latest minimalist, one-touch high score chaser from Ketchapp. In this game, players will control a single horizontal paddle and use it to guide balls from a chute to a repository on the other side of the screen. While the gameplay is extremely straightforward, there are a few features and tactics to keep in mind that can help you maximize your score and place on the leaderboard.

Your only goal in Color Ballz is to make sure the balls coming out of the chute make it to the return tube on the other side of the screen. You’ll earn one point for each ball that makes it safely inside the tube, which sends the balls back around to the exit chute on the left side and repeats the process.

However, while you’re bouncing balls across the screen, power-ups will occasionally appear near the return tube. If a ball travels through a power-up icon, it will receive or activate its associated upgrade. There are three types of power-ups with four different upgrade results: 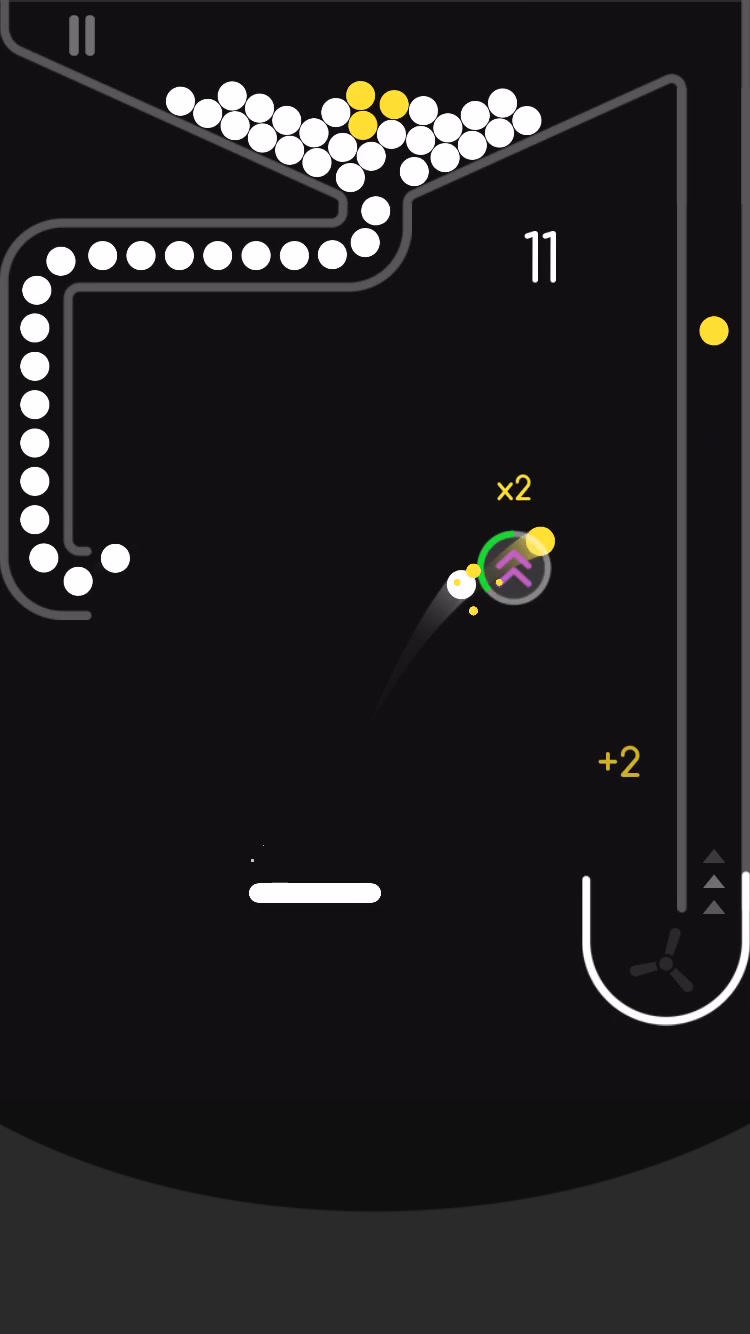 Color Up: This power-up contains two caret symbols flashing in rainbow colors. There is a green circle on the outside of the power-up symbol which begins counting down as soon as it appears: there is no limit to the number of balls that can travel through this power-up, but once the green circle runs out it will disappear. 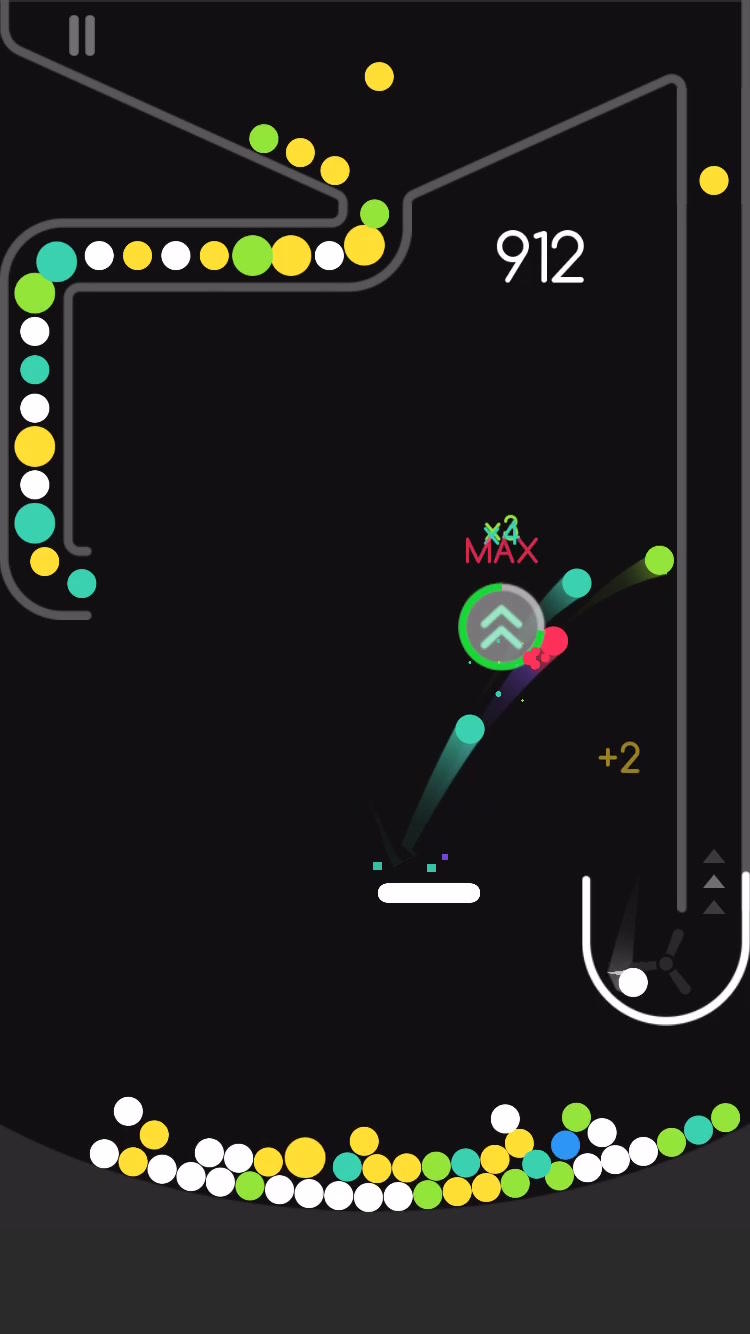 The ball colors and points progression is as follows:

Red is the highest level a ball can reach. If a red ball travels through the Color Up icon, it will remain red and still only award seven points upon return. 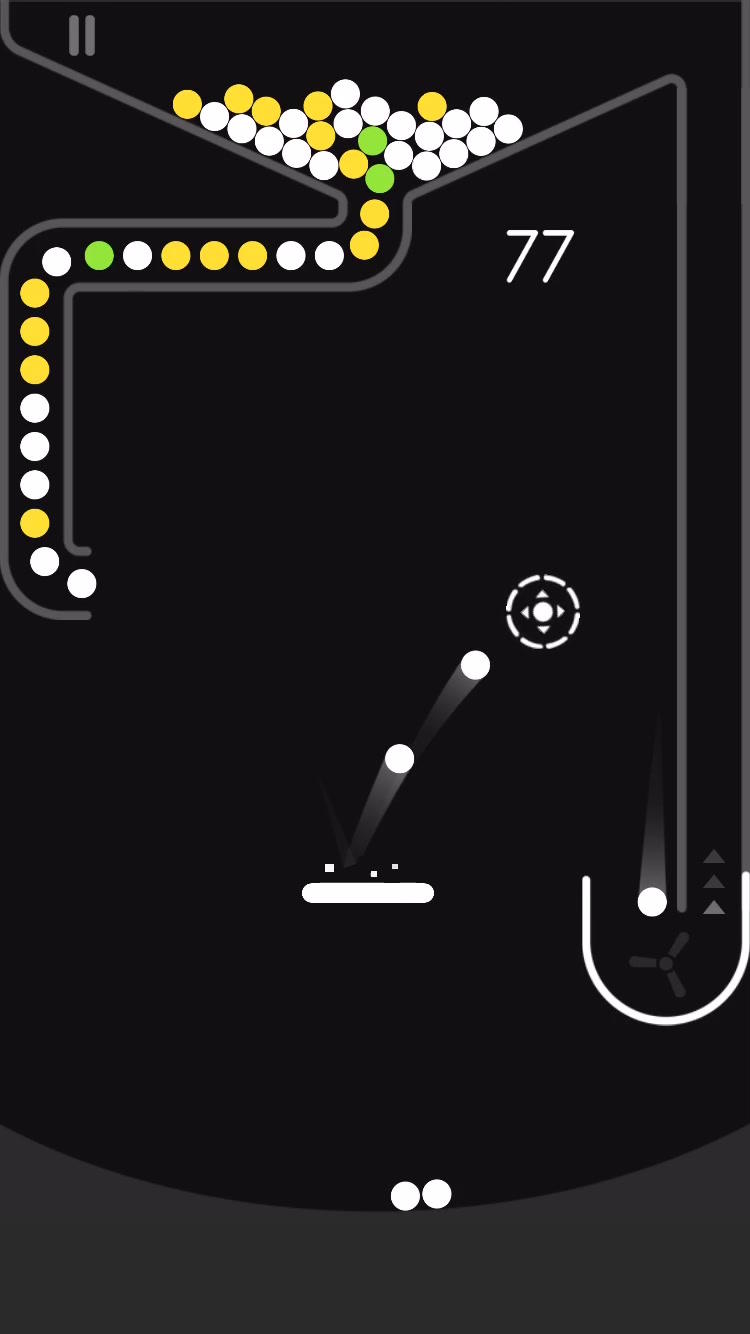 Expand: This power-up features a small white circle with four triangles sticking off it and a dashed white circle around both. A standard sized ball that travels through this symbol will be transformed into a larger ball (double the starting size). 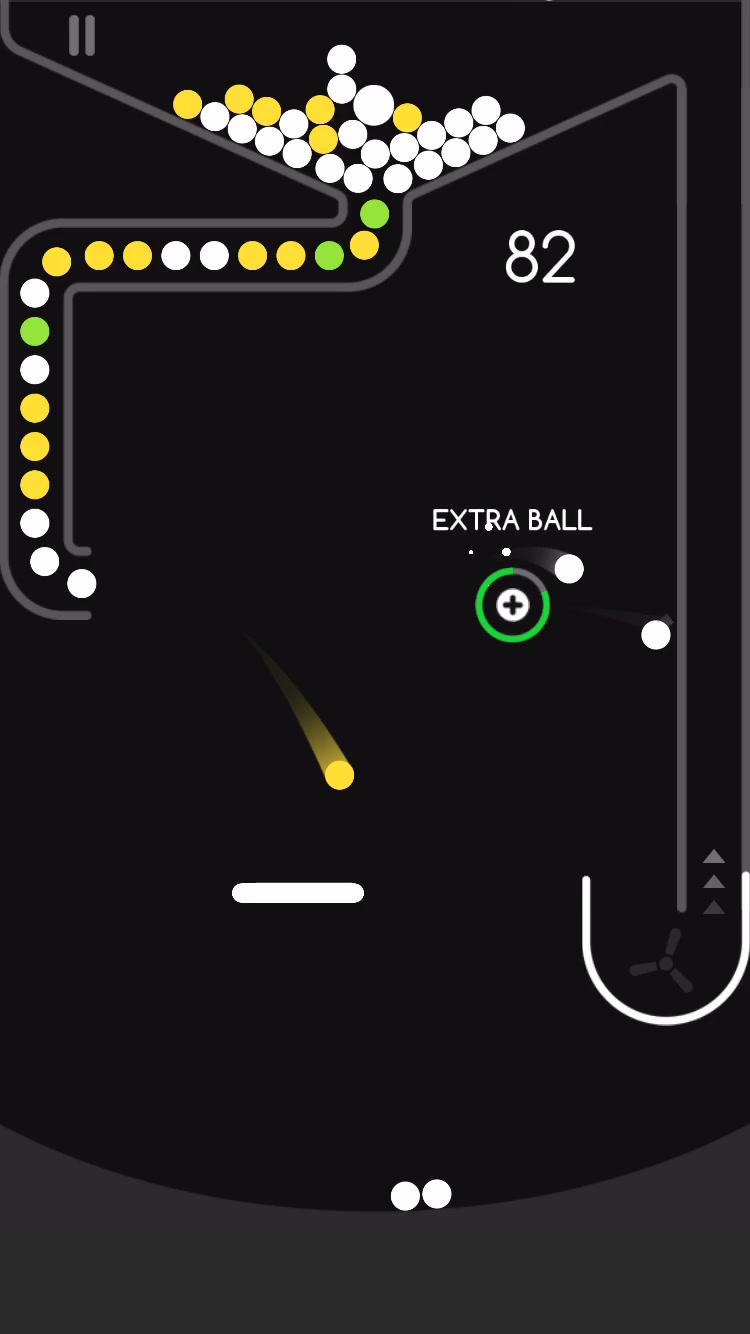 Extra: The Extra power-up features a white circle with a plus sign in the center and a green countdown circle similar to the Color Up icon. Any ball that passes through this power-up will produce an additional ball that will enter the return tube and be added to your current active total.

The Extra power-up will remain active until its green countdown timer runs out. There is no limit to the number of balls that can pass through it and produce an extra ball during this time 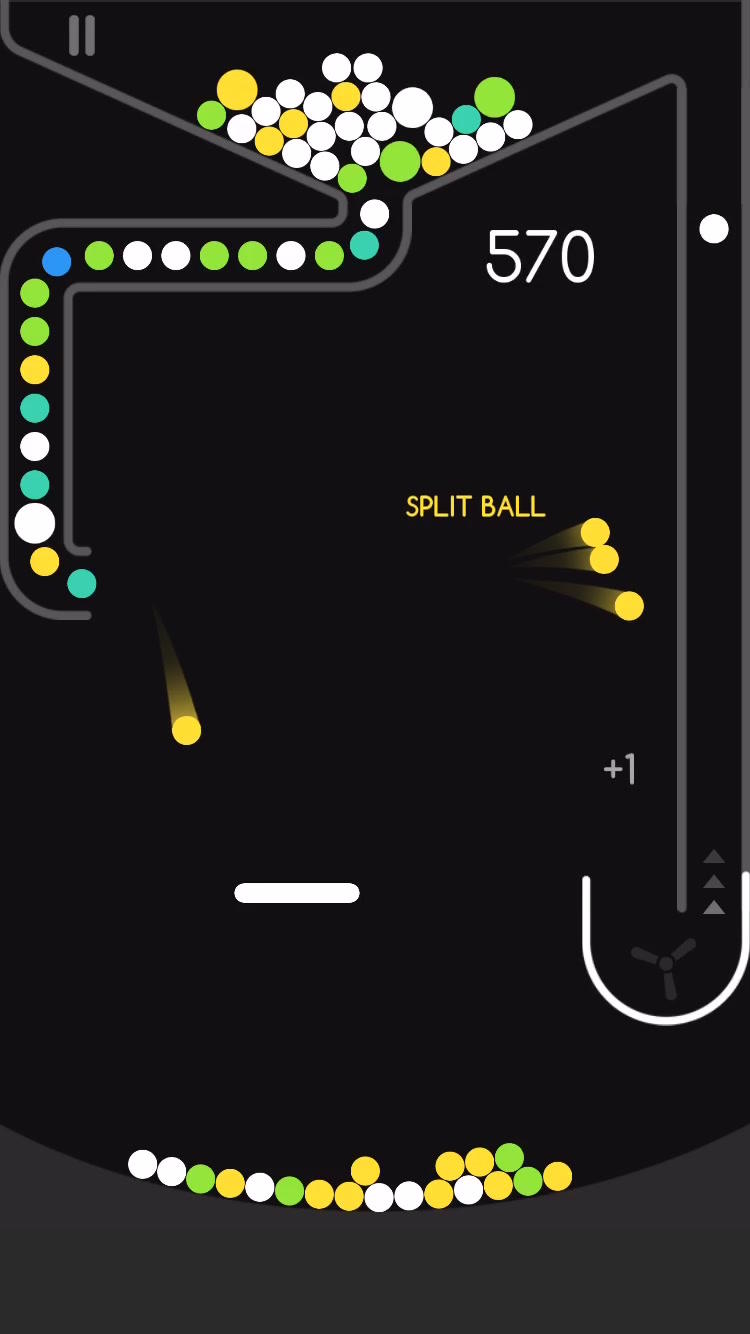 All three of the power-ups in the game are critical to earning high scores, but it’s in their combinations that they really excel. The best result possible is to get a high level / color, double-sized ball into the Expand power-up so it splits into three smaller balls of its same color. If you got a red double-sized ball to split, for instance, you would go from making 14 points to 21 points and you would instantly have more balls available as a buffer when some inevitably drop.

Of course, you don’t really have control over when a ball leaves the exit chute and when a certain power-up is on-screen. All you can do is keep trying to aim for each power-up that appears so that, eventually, you’ll be earning these types of combos. 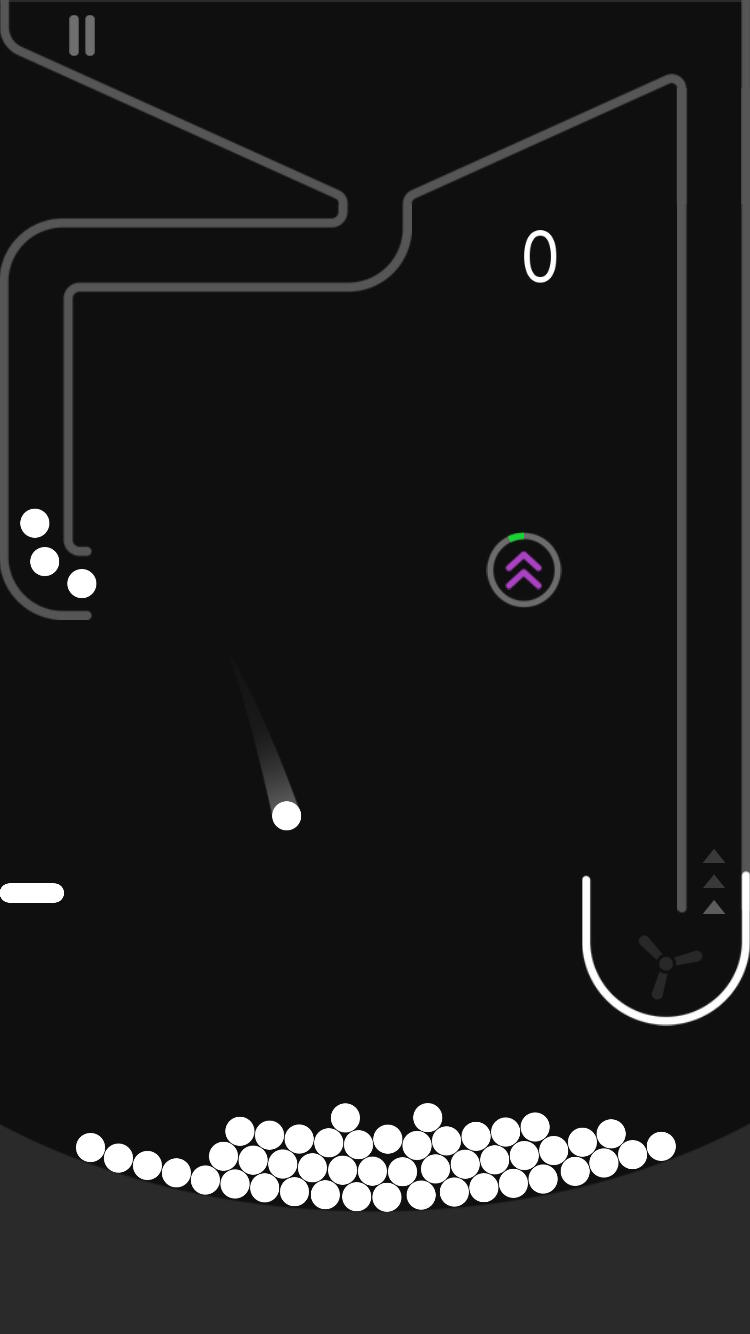 While power-ups are key to improving your scores, keeping balls in play is even more important. If you have to choose between getting a ball into a power-up or saving one that is about to drop, choose the latter. Every time you lose a ball, your paddle shrinks a tiny bit. By the time you’re down to just a few balls remaining, you’ll have very little paddle left to work with. It’s much better to go slowly and keep as many balls in play (and your paddle as large) as possible than to hit every power-up every time.

Sometimes you can’t help it, however, and losing a ball will be unavoidable. If you can’t reach every ball in time, aim for the largest number you can possibly save: hitting three white balls is more important than hitting one red ball, regardless of point value. If you can only reach one ball either way, then try to salvage the highest level ball you can. 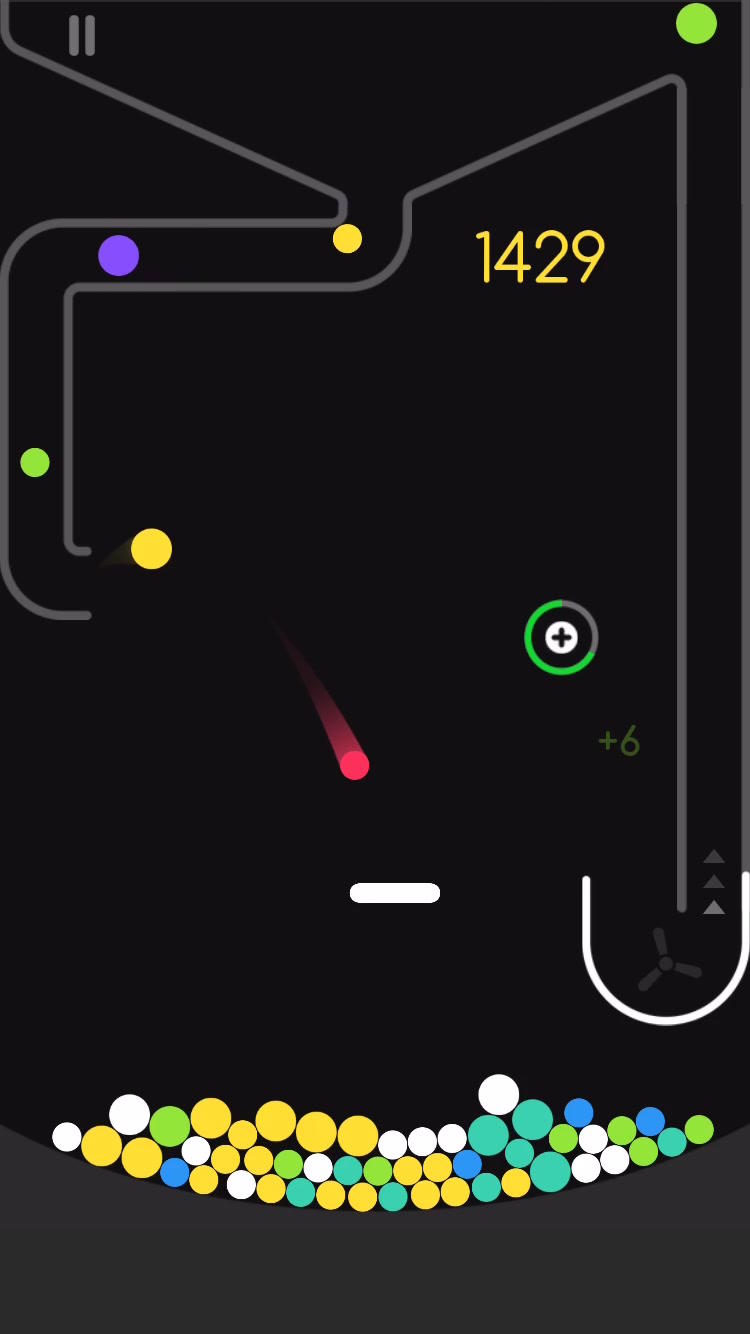 Each power-up will remain on screen for a different length of time. The Color Up power-up is available for nine seconds while the Extra power-up will only remain for five seconds at a time. Expand will stay present until a ball passes through it: because of this, you can aim around Expand and wait for a specific ball you want to enlarge or split.

Balls don’t bounce off the return tube, so as long as you get them to the right-hand wall, they will be “safe.” Don’t worry about hitting a ball too late, moving too close to the right side of the screen, or catching balls after they are above the return tube. If they’ve touched the gray wall or are obviously headed in that direction, forget about them and focus on the next set headed your way.

Balls do bounce farther after hitting the right side of the paddle, so if you’re having trouble with balls coming up short—or if a ball drops straight down out of the left side chute—try aiming for the right side of your paddle to give the balls a little extra oomph that will help them cross the screen in one bounce.