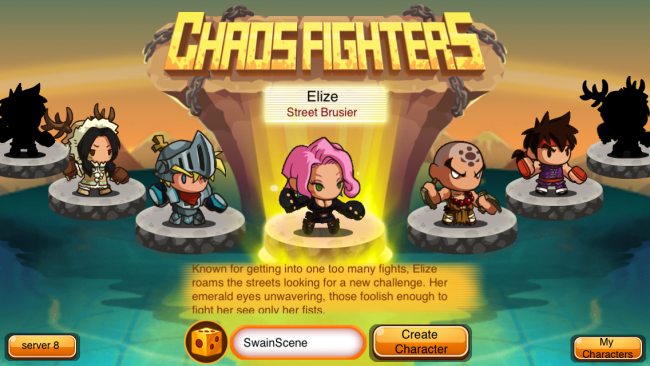 Chaos Fighters is a free to play anime fighting RPG from Coco Entertainment International, where you collect and trade fighters, train them, and power through endless stages while earning new power-ups and equipment. It’s an addictive blend of strategy and luck that will hook you quickly. Gamezebo’s quick start strategy guide will provide you with detailed images, tips, information, and hints on how to play your best game.

Make the most of starting out: Run through tutorials as quickly as you can and make the most of how simple the first few levels are. You’ll quickly pick up a lot of different pieces of equipment such as weapons or amulets, and you’ll be earning gold during all this time as well. Equip all that you can, but hold on to others that aren’t in use. You’ll be able to give them to other fighters as you progress and that way you won’t have to spend gold as you progress.

Double-time it: You can fast-forward through battles since you don’t have any real direct input over them to start with, so tap the fast-forward button go at double speed and tap the same button once you win the battle to automatically start the next one. This should get you through the grind a lot quicker than sitting and watching the battles actually play out. “Sweeping” will allow you to go through more than one battle at once, but make sure you only use this option if you know you’re going to emerge victorious. 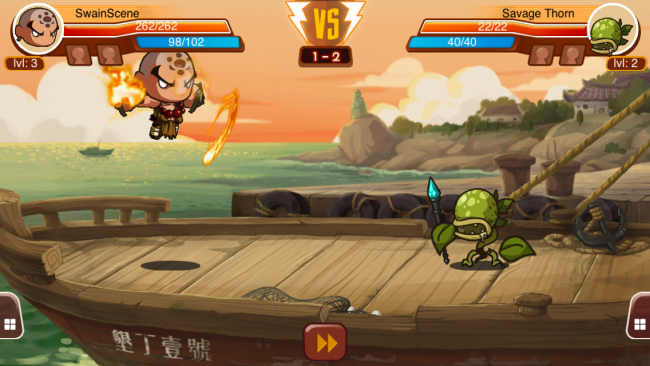 Start guilds as early as possible: Reach level 20 and create a guild. PvP battles will be unlocked five levels earlier at 15, so rack up enough stats and gold pieces and recruit high-level fighters for a posse that can storm through and claim what’s rightfully yours.

Heal up and save up: Meditate for coins and reputation points, keep healed up between skirmishes to stay fighting fit, and make use of the Forge to enhance your equipment to ensure you’re operating at the highest capacity you can.

Roll in the dough: If you amass a large fortune but need some ideas as to where the money should go, hit up the store area to stock up on items that you can equip or upgrade your equipment with. Buy gems for weapons and armor slots for stat boosts. Check out items like drill screws with gems, and this way you can even imbue weapons you really like with gems even if they have no slots. This can be an easy way to improve your game quickly. 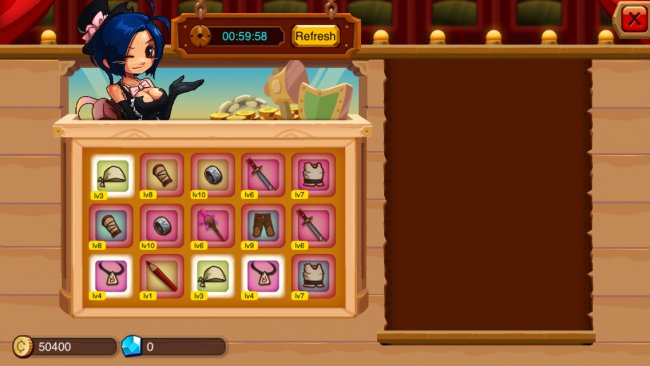 Make room for more: Gems can always be used to make your backpack bigger, and if you’re going to be playing hardcore you can never get enough pages for your items. It’s 50 gems for three pages, and 100 gems for four.

Fusion is fun: Don’t discount fusion of your favorite fighters, as it can net you some huge upgrades. Grab three of the same fighter and collect them, then fuse them together for a hyper-upgraded contender your opponents won’t be ready for. Just sweep through stage by stage until you’ve got three of the same fighters you don’t mind and fuse them together for a mega boost.

Experience boosts: You can pick up a ton of extra experience by setting your sweep to sell your loot instead of retaining it once you pick it up. This way, you simply earn more experience and coins. This is crucial if you want to proceed later on in the game, so make sure you snap up every free item you can and sell it immediately in conjunction with your sweep sales.

Your very best friend: Pets aren’t just a cute extra to pick up. Get a pet, take it to the pet house, and make sure to continually feed it when you get a chance in order to get diamonds. Diamonds are essential when it comes to gaining VIP benefits, and these will unlock extra bonuses in-game. You’ll also receive stat boosts. Make sure to spend some time unlocking pet food bowls in order to make this a quicker process.

Get locked up: Once you can access the jail area (at level 25), take prisoners in the arena. You can earn a lot of extra gold in this manner, so open more cells, take more prisoners, and rack up the money. 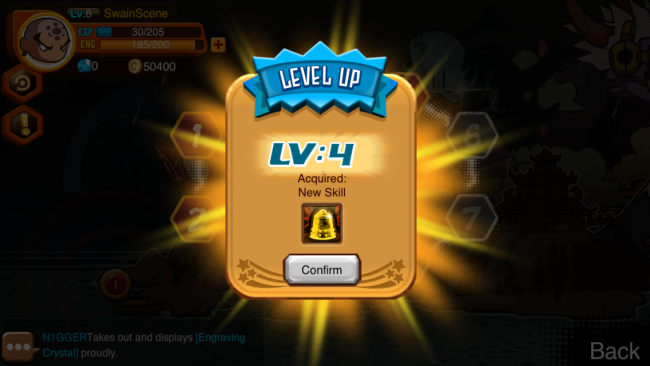 Be efficient while earning levels: Every five levels, you’ll get the chance to open up a newbie pack up until a certain threshold. These will offer several different bonuses, but make sure to remember to check your backpack and don’t let them go to waste.

Don’t afraid to be social: Even if you don’t know someone very well, don’t hesitate to send out friend requests. As you rise in power, you will want to have more powerful allies — later on, they can be hired on as mercenaries, which will ultimately aid both of you in your quest for glory.

Earn experience quicker: Opt for team battles instead of solo battles when you tackle adventure mode. You’ll also rack up VIP bonuses this way, and claim daily bonuses that will count toward your VIP credit.

Snap up additional vouchers: You can earn vouchers beyond trying to pick them up every time there’s a limited event. Compete as a fighter in a world tournament and place as high as you can, then roll in the vouchers, which can then be spent in the secret store. The Secret Shop isn’t an unlockable, but you can take the reputation that you earn from meditations and disrupting other people’s meditations, and go spend it there for good weapons and armor, and other bonuses.