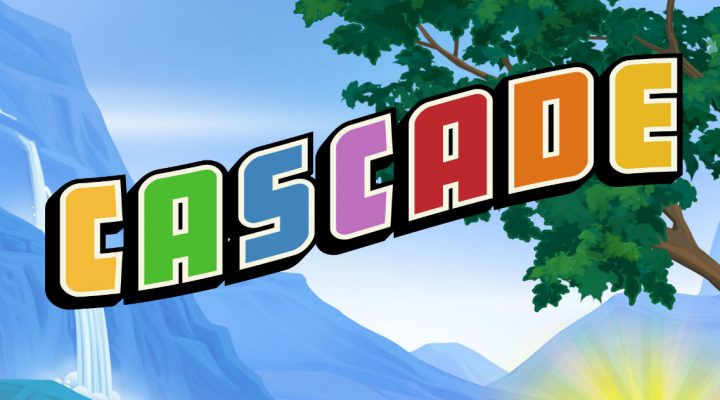 Cascade by Big Fish Games is a match-three puzzle game that works a little differently from the norm. Players throw gems up onto a board, making matches of three or more. When all the gems on the bottom row are used up, players must spin for another row of gems – unless they manage to score a free spin by placing all their jewels.

Spins are finite, so wrestling wins from Cascade can be a heck of a job. Here are some tips to help you make a monkey out of Cascade’s mole mascot.

1. Remember: Your matches don’t have to be straight lines 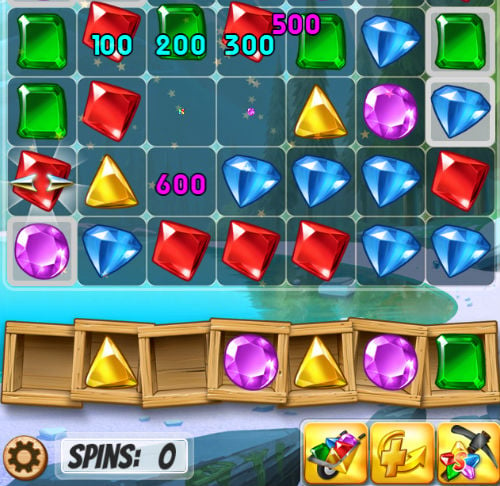 Unlike many match-three titles, Cascade doesn’t require your gem matches to be in straight horizontal or vertical lines. “L”-shaped matches are acceptable, too. Of course, you can make matches out of gem groups with numbers greater than three.

2. Focus on clearing out objects, not racking up a high score 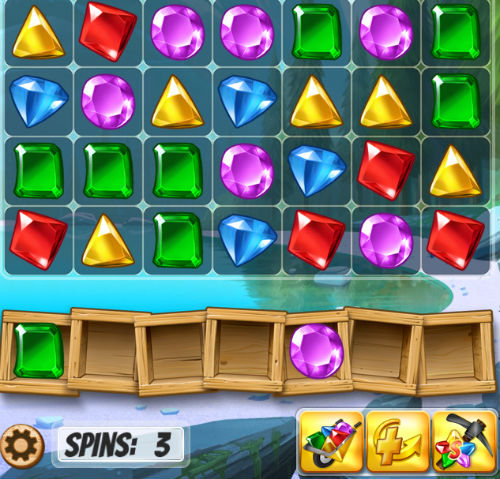 The biggest challenge in Cascade isn’t necessarily earning enough stars to pass a level: It’s attempting to clear a board of crates, fog, rocks, and other objects within the allotted number of spins. When putting gems into place, prioritize clearing debris over getting a high score.

That said, don’t neglect making matches out of big groups of gems. Doing so creates super-gems that clear rows and columns when they’re matched again, making them ideal for clearing objects. 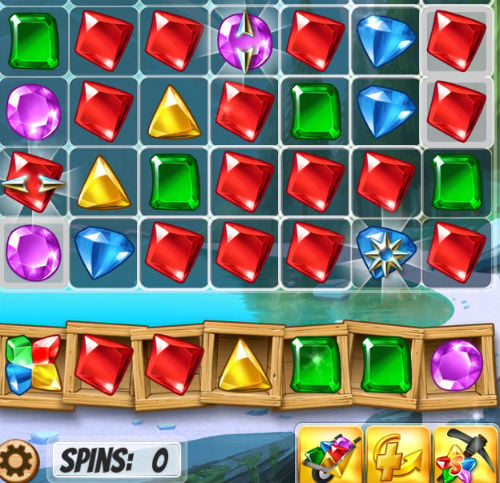 Rainbow-colored wild gems can match with any color. Place them carefully to get yourself out of hot water when you’re running low on spins, but still have tons of debris to clear away. A single wild gem can set off a huge chain of matches.

4. Used up most of your spins early in a match? Don’t panic – there’s still hope. 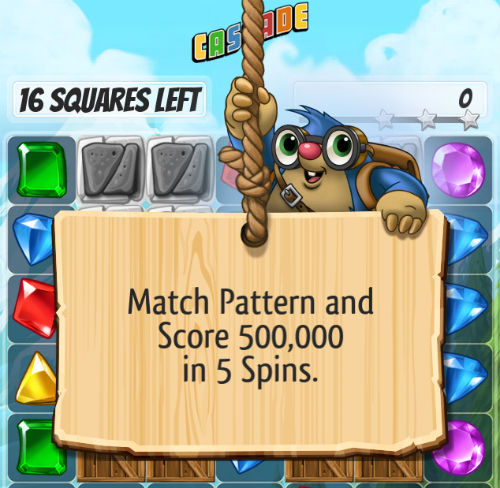 Is the game gobbling up all your spins? Don’t lose heart. In many cases, you’ll use up your spins to clear away boxes and rocks, thereby making the playing field larger. Once the way is free and clear, you can achieve free spins much more easily by having much more room in which to match up all your gems without having any left over. Keep playing until the bitter (or victorious) end.

5. Finish with leftover spins to help you reach (or exceed) your minimum star goal 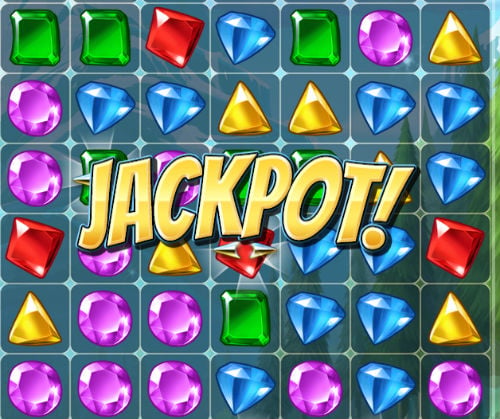 In Cascade, it’s not enough to clear away all the objects on a board. You also need to grab at least one star. That said, you should definitely prioritize clearing stuff away, preferably with as few spins as possible. When you’re done, your leftover spins will help cause a cascade of gems, for which you’re rewarded with huge point bonuses. More often than not, cascades will help you meet your minimum star goal, at the very least.