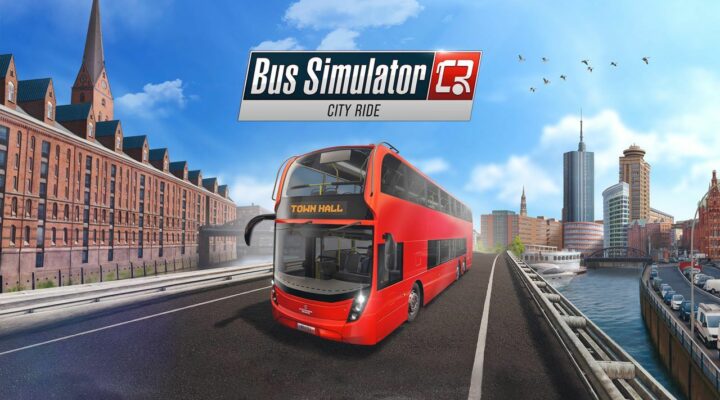 Driving a bus is harder than it looks – particularly when you’re also responsible for running the bus company.

Bus Simulator City Ride is the first Bus Simulator game to be aimed exclusively at portable gamers. That means it’s a little bit more casual than its predecessors. But it’s no pushover.

Not only does Bus Simulator City Ride task you with driving a huge vehicle around a busy city without causing too much damage, but it expects you to build a thriving public transport network too.

This handy beginners’ guide will set you off on the right course.

We’ll start with an overview of the gameplay loop, before drilling into the controls and the niceties of maneuvering a massive chunk of metal.

Bus Simulator City Ride is all about finishing routes and spending the spoils.

Whenever you complete a route in Bus Simulator City Ride, you earn a certain number of Satisfaction points.

You gain Satisfaction points by driving well. This means indicating at the right times, stopping close to the bus stop, sticking to the speed limit, using your horn to remove cars from bus stops, waking passengers who have fallen asleep, wiping dead bugs off your windscreen, and so on.

The sum total of the Satisfaction points earned in a run, along with your average route rating, goes to make up your Reputation. This is where you get your Credits.

But not all of them. You can earn extra Credits and Reputation points by completing missions, available in the Missions menu. Some of these are linked to campaign progress, and others change on a daily basis.

The Credits you earn let you buy routes and buses.

To unlock a new route, you just have to head to the Route Management menu. New buses are available at the Bus Dealership.

Credits aren’t sufficient on their own, however. You generally need to reach a certain Driver Level to buy a given bus or route.

Districts, on the other hand, unlock automatically whenever you meet the criteria (e.g., completing missions and reaching a certain Driver Level).

As you progress through the game and purchase more buses you’ll be able to unlock customization options. You do this by assigning buses to routes, driving them, and increasing their popularity.

And that’s pretty much all of the nuts and bolts of Bus Simulator City Ride in terms of unlocking routes, buying buses, and expanding your network across Havensburg.

Bus Simulator City Ride is pretty forgiving. All sorts of things can go wrong, from taking the wrong turn-off to plowing into a pedestrian, but the only consequences you’ll face are some lost Satisfaction points.

We should stress here that this guide is for the Switch version. The controls on the Android and iOS versions will differ.

If you are playing on Switch you accelerate with ZR and brake with ZL. Your indicators, meanwhile, are bound to L and R. You steer with the left stick and rotate your viewpoint with the right. It’s also possible to look around by swiping your finger across the screen.

If you are playing on iOS or Android, you will be able to control your bus by using the on-screen controls which are conveniently located. The steering is controlled using a slider on the bottom left of the screen. Acceleration and braking are controlled by two separate on screen buttons side by side on the bottom right of the screen.

Those are the basics, but there are tons of other commands available to you, including opening the doors, activating the windshield wiper, flicking on the hazard lights, honking the horn, activating the speed limiter, and cycling through the different headlights.

All of these controls are available through a radial menu that you can bring up by holding a finger on the screen. Alternatively, most of the controls are bound to different buttons on your Switch.

It’s well worth learning your way around these controls, since they save you the trouble of bringing up a view-obscuring radial menu.

For instance, to move a car off the bus stop you can either summon the menu and pick the horn command or you can just press down on the right joystick. Likewise, if a bug splats into your windscreen you can just press the right-facing button on the D-pad.

Bus Simulator City Ride is an excellent demonstration of the folly of using a smartphone while driving, since it’s almost impossible to use the radial menu and watch the road at the same time.

There are one or two commands that don’t have shortcuts, such as opening just the front or back doors, or activating the speed limiter, but in most cases the shortcuts are just fine – and infinitely easier to use.

Our last piece of advice is simply this: you’re not driving a car. You’re driving a behemoth. Adjust your turning circles accordingly.

Date A Live: Spirit Pledge Codes – Get Your Freebies!