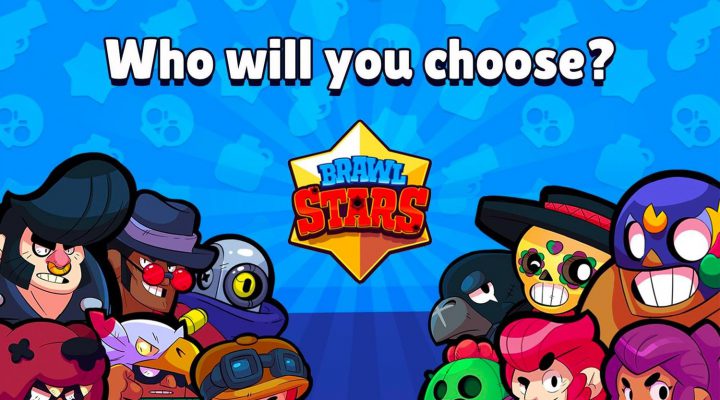 Want to up your game in Supercell’s new mobile exclusive hero shooter? Well, if you’ve followed our tips and tricks and are still struggling, the natural next step is to use the best heroes.

But how are you supposed to know which are better than others? Well, by checking out our a tier list. Here, we’ll list all of the brawlers in order from best to worst.

Super: Smoke Bomb – Leon’s Smoke Bomb turns him invisible for 10 seconds. If he attacks while invisible, he will be revealed.

Star: Smoke Trail – After unlocking his Star Power, Leon will have an increased movement speed whenever his Super is active, allowing him to move much quicker while invisible.

Super: Stick Around! – Spike invites all seedlings to a cactus party! Enemies caught in the area take damage and get slowed down.

Star Power: Fertilize – After using Super, Spike regenerates 500 health per second by staying in its area of effect.

Super: Rocket Rain – Brock only wants to see you bathing in Rocket Rain: an explosive deluge that takes out enemies and obstacles.

Weapon: Scrapstorm – Pam has a straightforward way of dealing with scrap metal: suck it up and blast it at the bad guys!

Super: Mama’s Kiss – Sometimes you can get dinged up while brawling. Pam can kiss it all better with the help of her healing turret!

Star Power: Mama’s Hug – Whenever Pam hits enemies with Scrapstorm, she heals herself and nearby friendly Brawlers for 30 health.

Super: Barrel Roll – Darryl jumps into his barrel and rolls around, bouncing off walls and damaging any enemies he hits.

Weapon: Undiluted – Barley lobs a bottle, breaking it and spilling the contents. Its corrosive contents damage enemies standing in the puddle.

Super: Last Call – This one’s on the house! Barley hurls a flurry of fiery bottles, covering a huge area in flames. Get out of there, bad guys!

Star Power: Medical Use – Barley takes a swig from every bottle he tosses, regaining 200 health from each main attack.

Weapon: Triple Tarot – Tara flicks her wrist, snapping off three tarot cards that pierce through enemies. Quite a trick!

Super: Gravity – Tara’s greatest illusion draws her audience inexorably in. Everyone caught in the attraction will bump heads painfully!

Weapon: Double-Barrel – Bull can’t see ten feet, but he doesn’t need to! His double barreled shotgun can blow off a barn door with ease.

Super: Bulldozer – Bull has always been headstrong. So he puts his head down and bulldozes through opponents and obstacles.

Weapon: Six-Shooters – Colt lets his long-range revolvers do his talking for him. He never seems to run out of lines.

Super: Bullet Train – Colt spins his chambers, rattling off a massive burst of bullets that will shred through almost anything.

Star Power: Slick Boots – Colt gets slick new boots that put a spring in his step, increasing his movement speed!

Super: Swoop – Crow takes to the skies, throwing a ring of poisoned daggers around him both on take-off and landing.

Star Power: Extra Toxic – Crow’s poison saps the strength of enemies, causing them to do 10% less damage while the poison is active.

Weapon: Short Fuse – Short-tempered Mike is always moments from blowing up, just like the two lit sticks of dynamite he tosses.

Super: Big Barrel o’ Boom – A big-bada-barrel of dynamite blows up just about everything. Enemies get knocked back on impact!

Star Power: Dyna-Jump – Dynamike can now use the concussive force of his attacks and Super to propel himself in the air, even over walls!

Super: Flying Elbow Drop – Leaping high, El Primo drops an Intergalactic Elbow that pounds and pushes away anything he lands on!

Star Power: El Fuego – El Primo comes down like a comet! Enemies caught in his Super will burn for 600 damage over 4 seconds.

Weapon: Shock Rifle – Jessie’s own invention, the Shock Rifle, fires an energy orb that seeks out up to 3 targets before fizzling out.

Super: Scrappy! – Jessie cobbles together a gun turret out of random scrap. She’s a genius!

Star Power: Energize – Jessie modifies her Shock Rifle to recharge her turrets! Hitting a turret restores 800 of its missing health.

Weapon: Shovel Swing – Mortis creates business opportunities for himself by dashing forward with a sharp swing of his shovel.

Super: Life Blood – Mortis calls forth a swarm of vampire bats that drain the health of his enemies while restoring his. Creepy!

Star Power: Creepy Harvest – Mortis can now see and reap the souls of defeated enemy Brawlers. Collecting a soul restores 1000 of his health.

Weapon: Rupture – Nita sends forth a shockwave, rupturing the ground and damaging enemies caught in the tremor.

Super: Overbearing – Nita calls the spirit of Big Baby Bear to manifest and maul her enemies.

Star Power: Bear With Me – Nita recovers 300 health whenever her bear hits an enemy. When Nita deals damage, her bear regains 300 health.

Weapon: Buckshot – Shelly’s boomstick is always locked and loaded. You don’t want to be anywhere in front of this baby.

Super: Super Shell – Shelly’s Super Shell obliterates both cover and enemies. Any survivors get knocked out of the way.

Weapon: Eagle-eyed – Bo releases a trio of exploding arrows, tearing up enemies like an eagle’s talons.

Super: Catch a Fox – Bo hides explosive traps on the ground. Enemies stepping on them get blown up and away!

Weapon: Plunderbuss – Shoots out a pouch of fool’s gold. If the pouch hits an enemy, it bursts and coins pepper targets behind the first enemy.

Super: Old Lobber – Penny sets up her cannon! It can shoot at enemies at a long range, even if they are behind cover.

Star Power: Last Blast – When Penny’s cannon is destroyed, it shoots out one last barrage of bombs each dealing 1680 damage.

Weapon: Gunbrella – Piper fires a sniper shot from the tip of her parasol. The shot gains more oompf the farther it flies!

Super: Poppin’ – Piper hops away to avoid pushy suitors. She leaves them a lady’s favor though: three live grenades from her garter!

Star Power: Ambush – Like a viper, Piper sets up an ambush whenever she is hidden in a bush, dealing +400 damage (at max range).

Super: Encore – Poco plays an uplifting melody that heals himself and any teammates within range. Encore!

Weapon: Hammer Hit – Frank takes a while to wind up his hammer blow, but the hit is so hard it sends a shockwave.

Super: Stunning Blow – Frank’s greatest hit sends a shockwave that destroys environment and stuns enemies for a while.

Star Power: Power Grab – Frank can see and steal the power of a defeated enemy Brawler, increasing his damage by 30% for 10 seconds!

Weapon: Bouncy Bullets – Ricochet’s bullets bounce off everything except his opponents, and can hit them behind cover.

Super: Trick Shot – Ricochet fires a long burst of bullets that can pierce through enemies and bounce off walls.

Star Power: Super Bouncy – Ricochet’s bullets, from attack and Super alike, get supercharged by their first bounce and deal +80 damage!

BitLife – Life Simulator: How to Get Your Smarts and Looks Up

BitLife – Life Simulator: How to Win at the Casino and Get the Highroller Ribbon