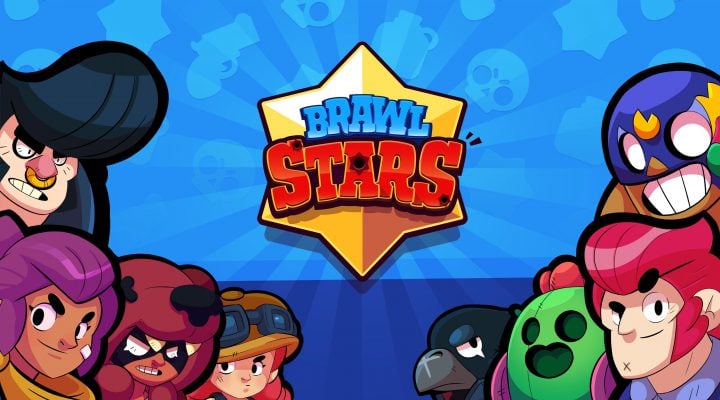 Brawl Stars is a mini MOBA that pits two teams of three against each other in a number of objective-based modes. Its game types currently include kill-count Bounty, gem-collecting Smash & Grab, attack-versus-defense Heist, soccer-esque Brawl Ball, and the free-for-all solo mode Showdown. While its different modes and maps keep the event rotation fresh, Brawl Stars’ many different characters offer even more variety through their unique playstyles and strengths. 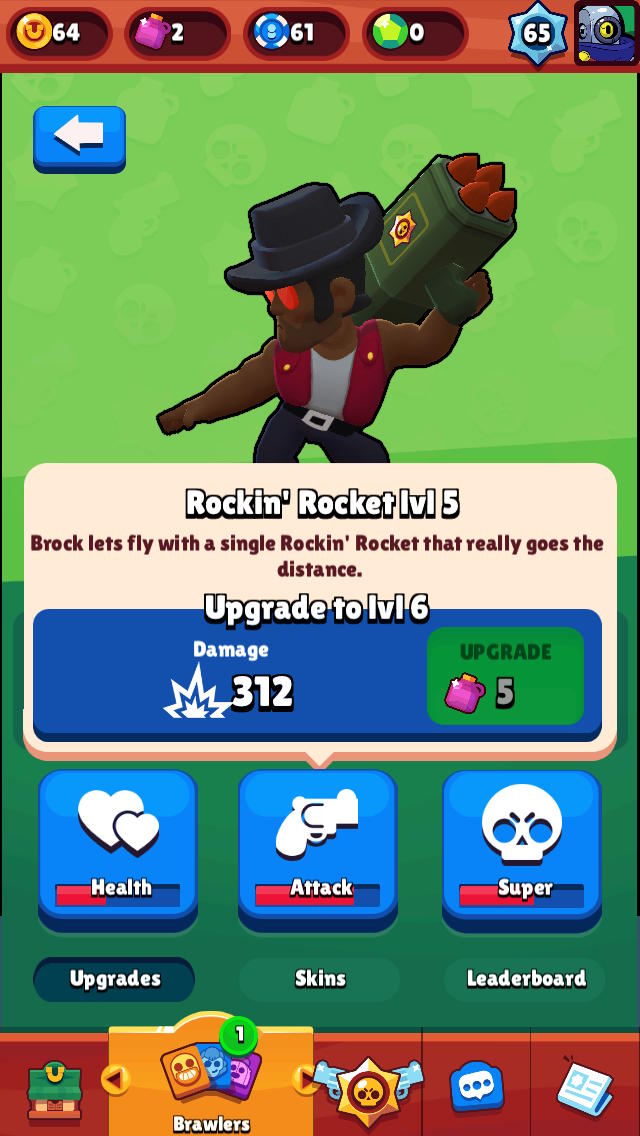 Brock had a bit of a rocky start when Brawl Stars first came on the scene. His slow, single-shot attack, relatively low health, and easily dodged Super made him one of the more difficult brawlers to do well with. He’s received a number of buffs in recent updates that have improved all of these weaknesses, resulting in an increase to both his popularity and usability. He’s now an extremely strong character in almost every mode, yet he still requires finesse and a cooperative team to really shine.

Brock’s primary attack is a single rocket that travels in a long, straight line. The biggest challenge to using Brock comes from the fact that, despite receiving an ample speed increase recently, this rocket travels along a fairly slow, predictable trajectory. Because of this, Brock is best used as a support attacker: shoot at enemies that are already engaged with one of your teammates and too distracted to quickly react to an incoming projectile. 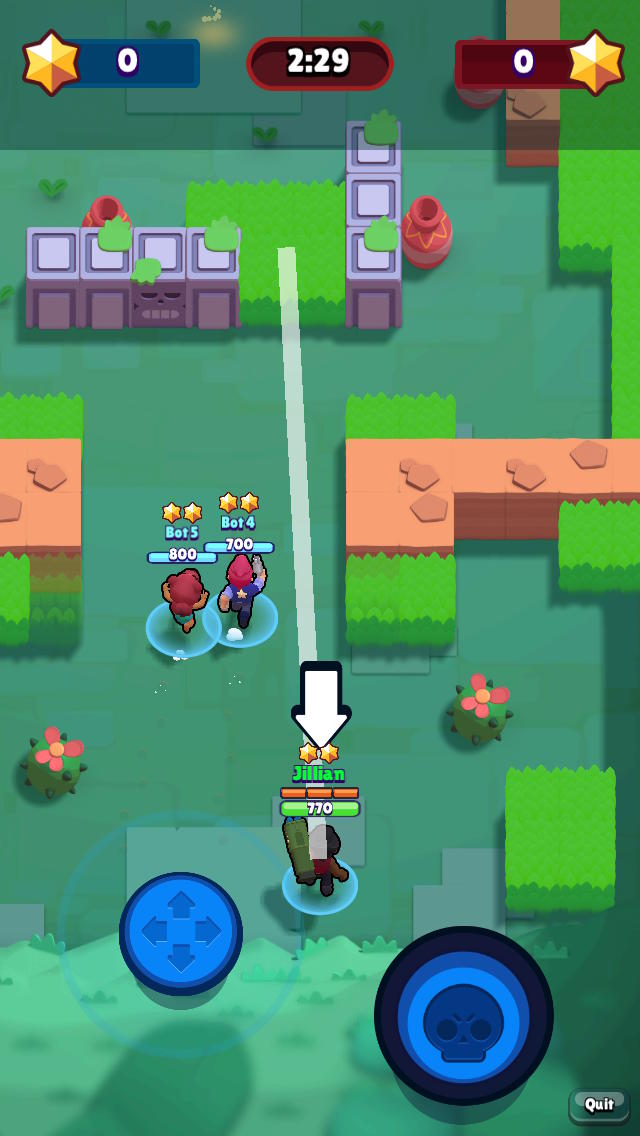 His rockets also greatly benefit from carefully leading your shots, or shooting where the enemy is going instead of where they are. All brawlers should lead their shots to some degree, but Brock really requires it due to the lengthy delay between firing and arrival. He works well from the sides of the map while shooting left or right at an angle, where there’s less space for enemies to notice his attack and react.

This doesn’t mean Brock can’t operate vertically, although when shooting an enemy that has plenty of time to dodge, Brock is better used for slowdown or area control. A stream of rockets can force the opponent toward a specific side of the map or into a teammate’s attack.

Brock’s Super, Rocket Rain, shoots a barrage of nine rockets into a circle that he can aim up to the edge of his standard max range. Its large radius and ability to break walls make it great for flushing out enemies that are hiding as well as creating a brief barrier against incoming attackers. It’s easily dodged when thrown out in the open, but like Brock’s primary attack, can be devastating when used on a group of distracted opponents. 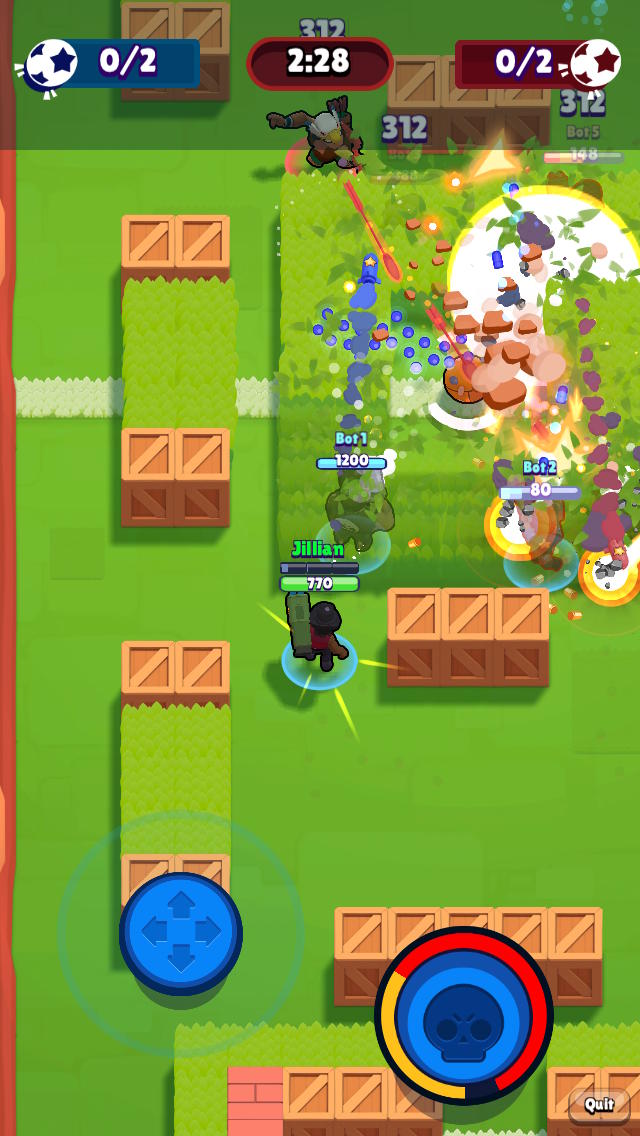 Brock can be viable in any mode, although we find he’s strongest in Bounty and Brawl Ball. The typically open maps of Bounty are ideal for his long range, where he can hang back close to spawn and pick off enemies from a distance. As mentioned above, Brock works best with a team, so don’t expect to take enemies down completely solo: finish off retreating opponents or offer cover fire while they’re engaged with a teammate.

On the somewhat opposite end of the spectrum, Brawl Ball’s smaller maps and close quarters offer Brock a chance to play extremely aggressively. Firing his rockets right at the start of a match will often land you two or three essentially free shots on the extremely nearby enemy team. His Super is best used to break crates that are blocking your path to the goal and decimate the opponents when they’re bunched up on the ball. Firing his Super just before picking up the ball will allow it to continue as you walk, creating a protective shower of rockets.

Brock’s weakest mode is Showdown, where he suffers without any team support. His attack is too slow and too easily dodged by single, one-on-one opponents. Although his rockets do provide splash damage to nearby targets which can sometimes allow him to attack two elixir crates with one shot, the splash radius is too small to be of any real value.

Our favorite maps in each mode to use Brock: 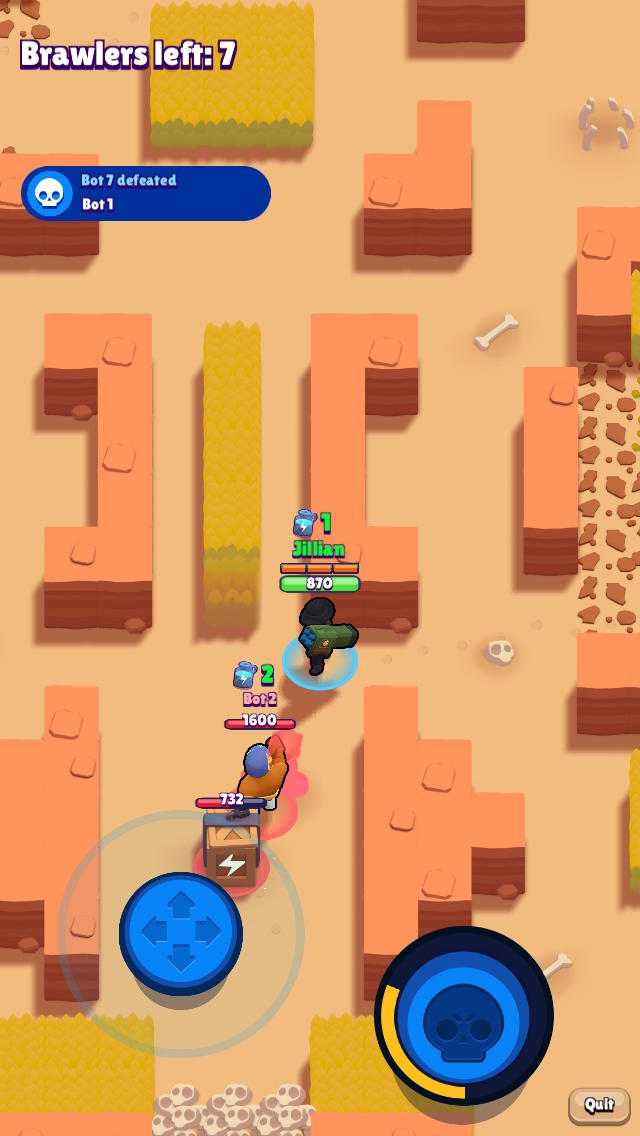 Brock has a natural ranged advantage over most brawlers, but he struggles if certain characters get in too close. Tanky characters like El Primo and Bull can often reach a lone Brock before he can finish them off. Mortis can dodge his rockets very easily and close any distance quickly, making him a danger to remain cautious around.

Otherwise, Brock can usually hold his own, especially against other ranged shooters like Colt and Piper. He outranges Jessie’s turret and can take it down with a few shots. His powerful rockets are a hazard to squishier characters like Spike and Crow (although a skilled Crow has a speed advantage when it comes to dodging). He can flush out hidden Dynamikes and Barleys with his Super, or simply deter sneakier enemies in general by destroying walls and bushes.

Personally, Brock is one of our favorite brawlers to play. He requires a bit of patience and waiting for the right moment—randomly firing off your rockets will typically just waste your ammo—but the result of that effort is extremely rewarding. Brock should not charge into the fray but should hang back and act as support fire for his teammates, judging enemies’ movements and leading rockets into them. This tactic will result in plenty of kills notched on Brock’s belt and, more importantly, victory for you and your team.