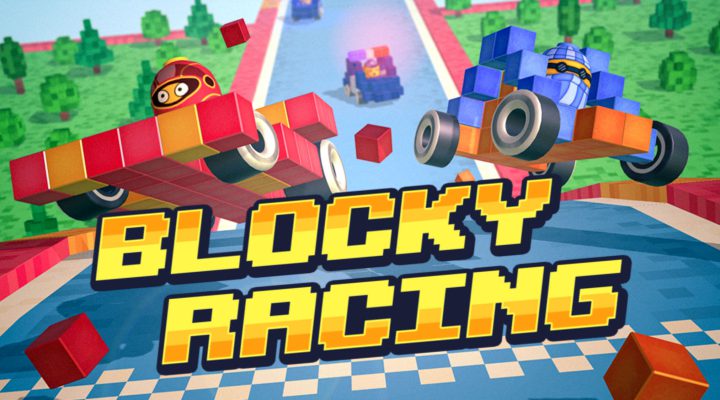 Racing can be tricky under ideal conditions, but when your ride is made up of pixelated blocks that can come flying off under duress, it becomes that much trickier. It’s also a lot of fun in Blocky Racing, which is exactly what it sounds like: kart racing as you like it, with a touch of Crossy Road-style blockiness thrown in.

It’s definitely not a hard game to pick up and play, which helps add to its all ages appeal. That said, just about anyone could stand to use a few pointers to help get to the top of the podium, and we’ve got the Blocky Racing tips and tricks you need to accomplish exactly that — because finishing in last place stinks.

Start turning before you hit the corner 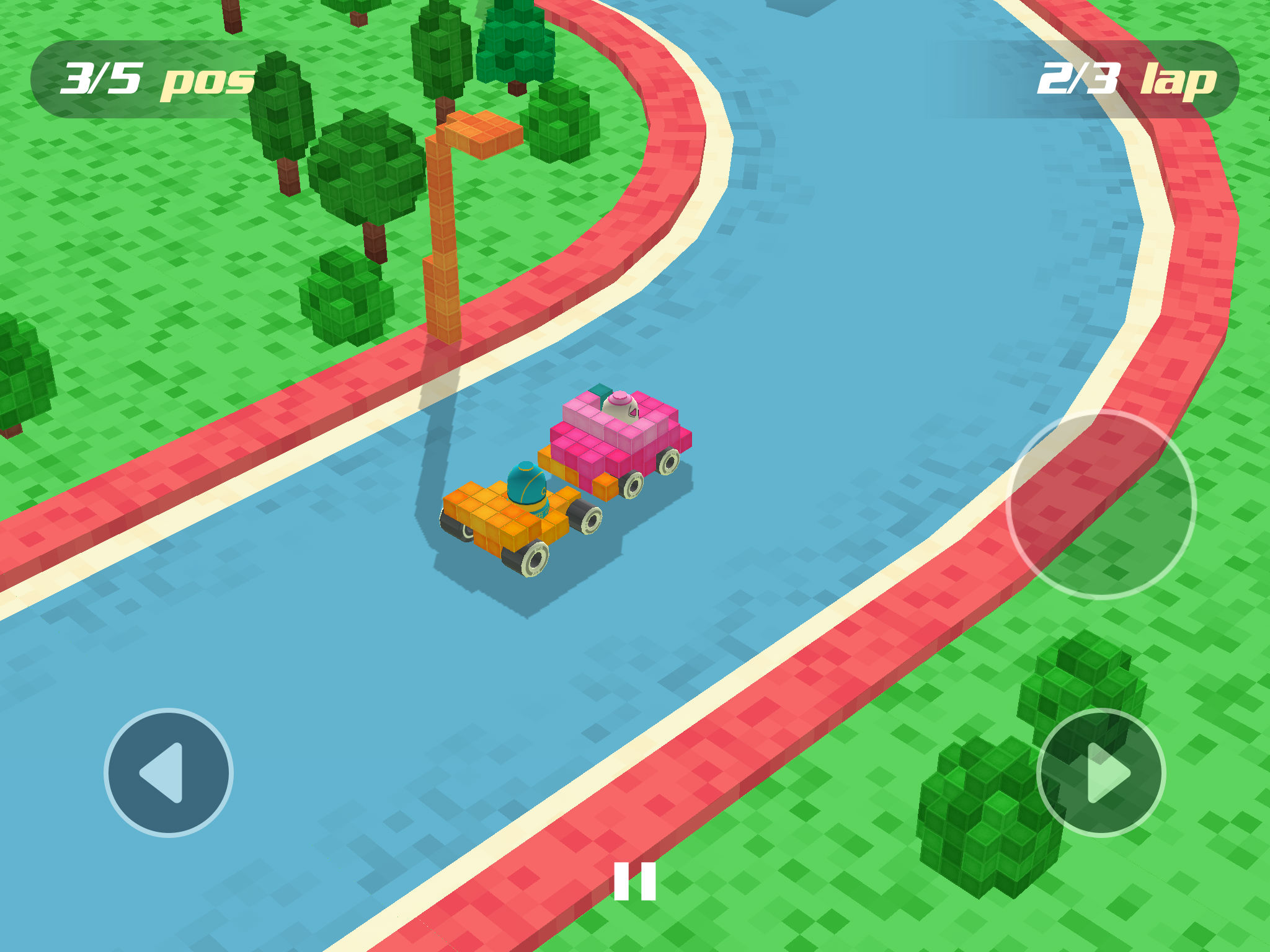 If you take nothing else away from this article, let this be the one piece of advice that sinks in. Until you get karts that handle like a dream or level up the handling of your starter vehicles, you’ll soon find that you can’t just turn suddenly when you hit a corner.

That’s why learning when to start turning is the first thing you’ll want to do. Combined with memorizing the track layouts (which, granted, you’ll need a drive or two through to do), figuring out the subtle pre-steering for fastest turns is the number one way to get around faster.

One power-up at a time

Things really take a turn for the Mario Kart-esque once power-ups are introduced into the Blocky Racing fray. From weapons to speed bursts, they’re super helpful and add a combat element to the racing. 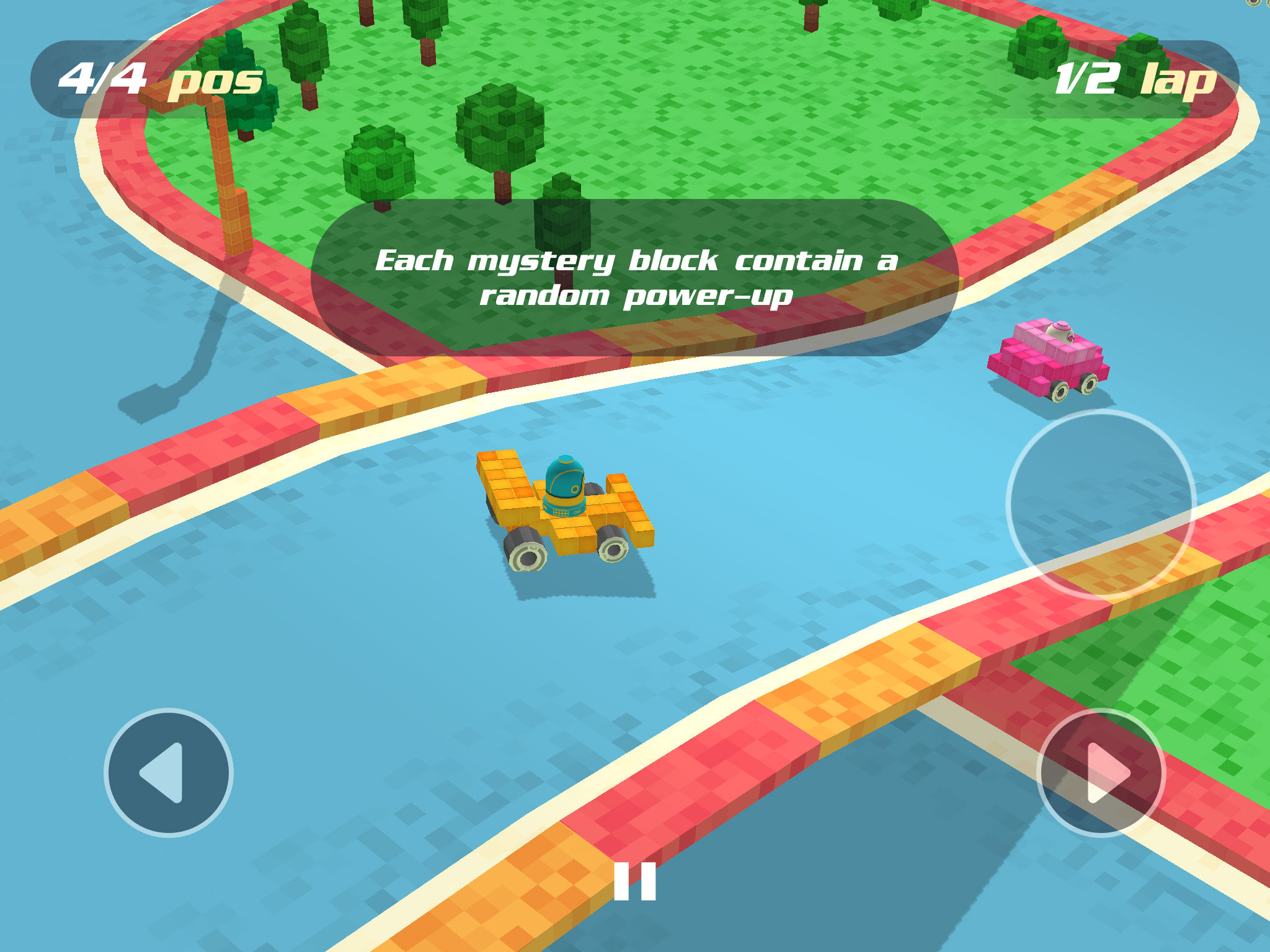 The most important thing to remember is that once you have a power-up at your disposal, you must use it before you can acquire a new one. Running into a power-up block won’t replace one in your inventory, you simply keep the one you had before. That might lead you to want to use them as quickly as possible, unless the situation doesn’t warrant it — like firing the rocket when you are leading a race, for example.

Beginning with the fourth track, Wrong Way, you’ll find shortcuts on some tracks. That one is hidden behind dice and includes mines that will blow your car to pieces instantly, so it looks ominous. 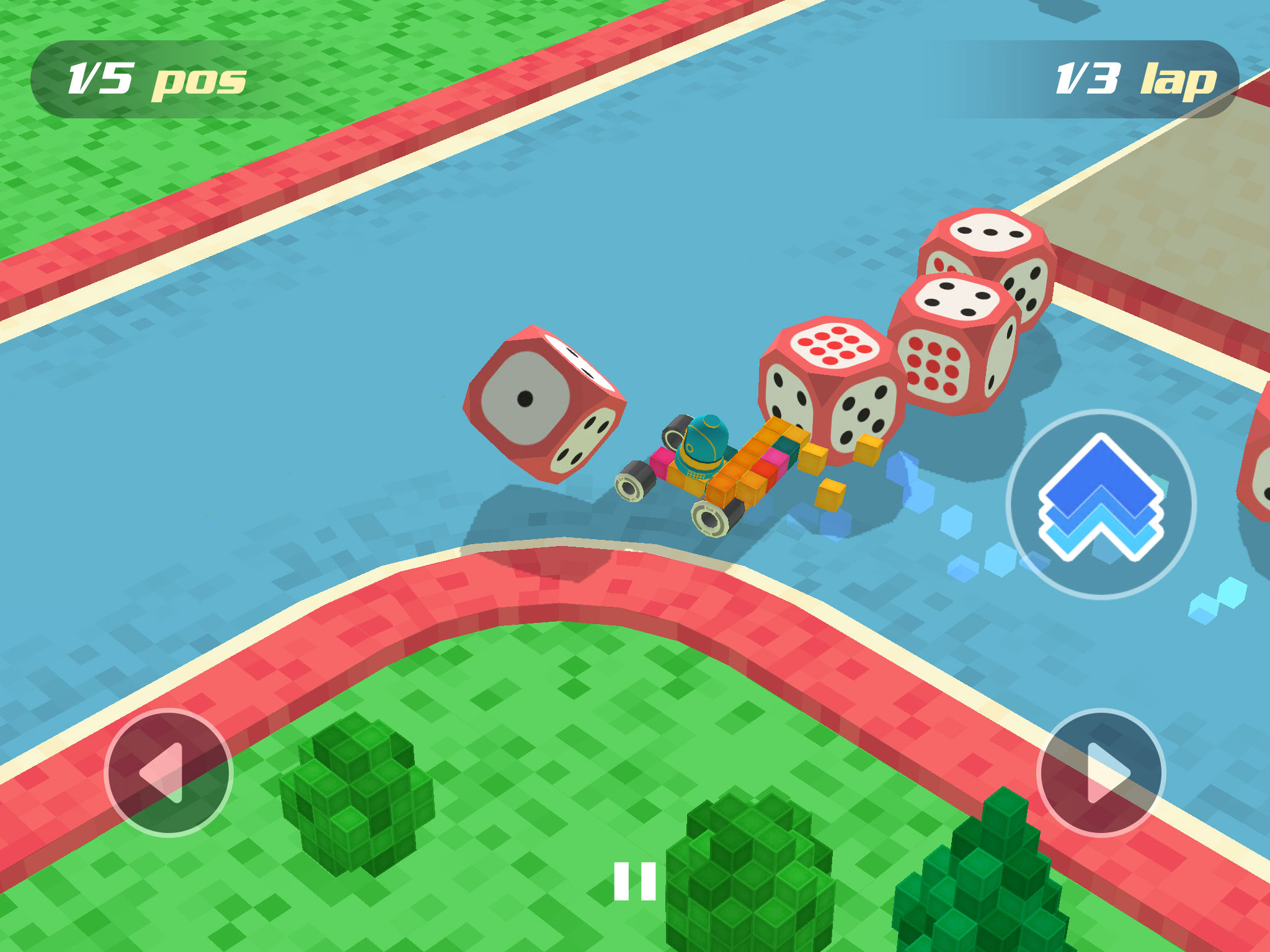 You should take it anyway. Since you respawn after exploding and the AI cars aren’t too smart about using shortcuts, it’s well worth any potential misadventure. Take it and don’t look back, because a shortcut can help you easily win a race you wouldn’t have a car powerful enough to win without “cheating.”

Level up before buying new cars

Yes, in games like this, it’s always tempting to splash the cash on a new car, and there are definitely rides in Blocky Racing that are going to be better than what you start out driving. Still, it’s best to put off new car purchases right away and work on leveling up the car you have first. 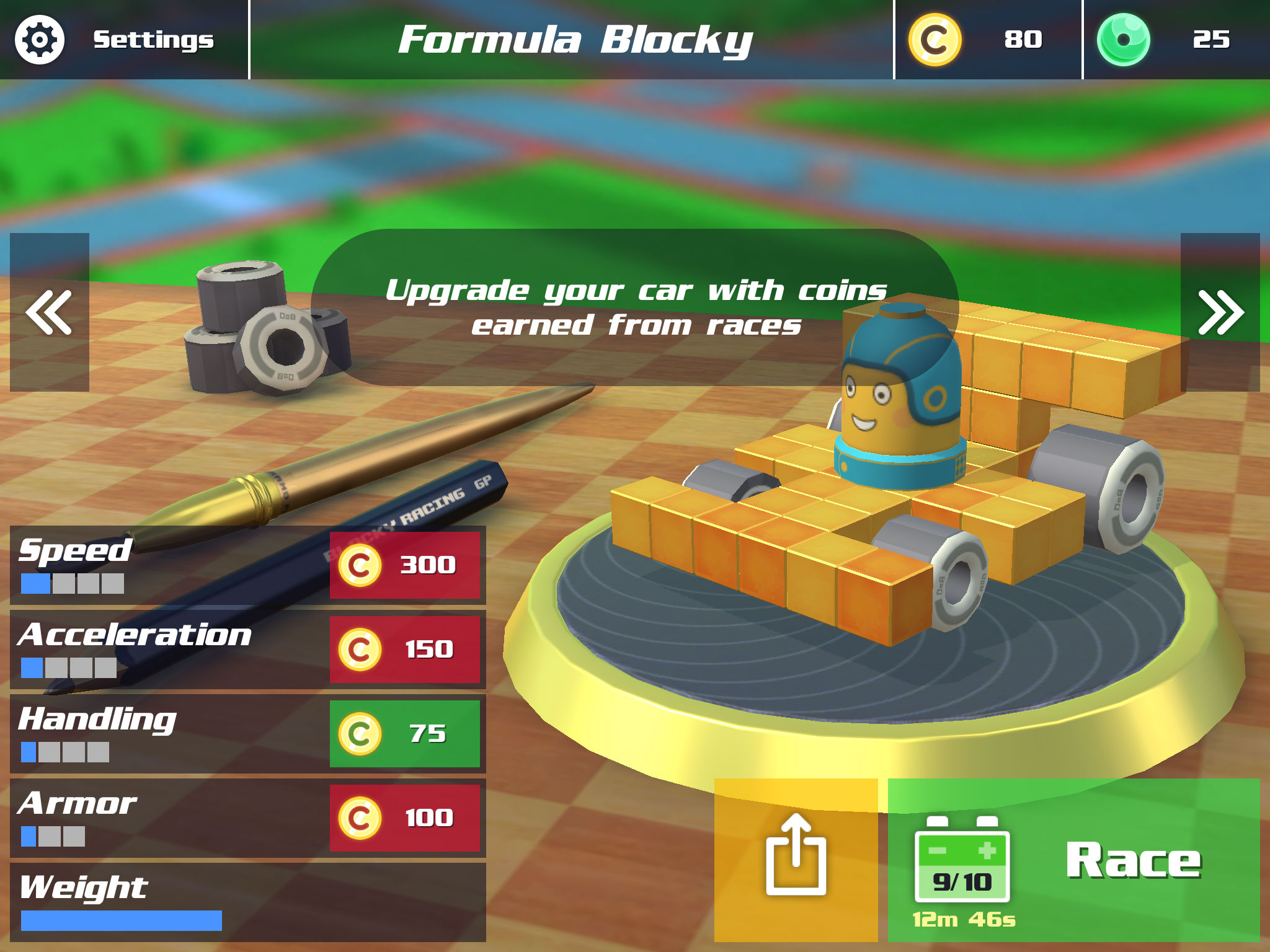 Why? Well, the most expensive cars start out with stats that are likely much better than your starter vehicle, but other, more modestly priced options really don’t. They only get better once you’ve invested some coins into improving them, and you can do that with your first car a bit more efficiently at the beginning stages of the game.

Bonus tip: At the end of the race, you’ll often be offered the option of watching a short video to get 50 percent more coins. You should take advntage of this whenever possible, because it can make your upgrades come that much faster.