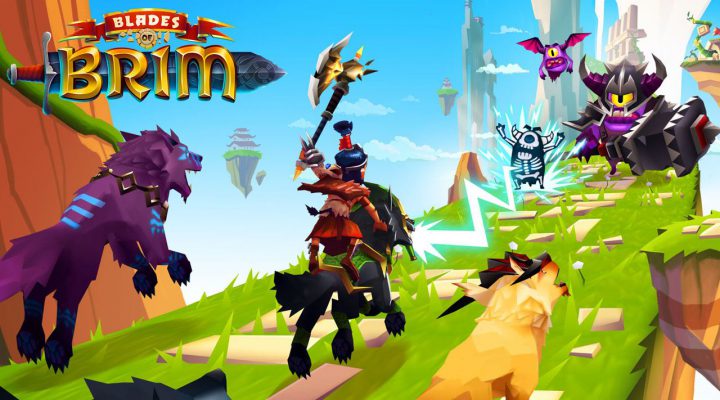 Blades of Brim is out now for iOS devices, and it might just be the best endless runner of the year. It’s got everything going for it: great level design, fun battle pets, cool weapons to collect — it’s just loads of fun.

While Blades of Brim is very accessible, the game has a high skill ceiling for players to reach if they want to be able to master the game and achieve the highest score possible. After countless runs, I’ve put together these essential Blades of Brim tips, cheats and strategies for players looking to hit the ground running. 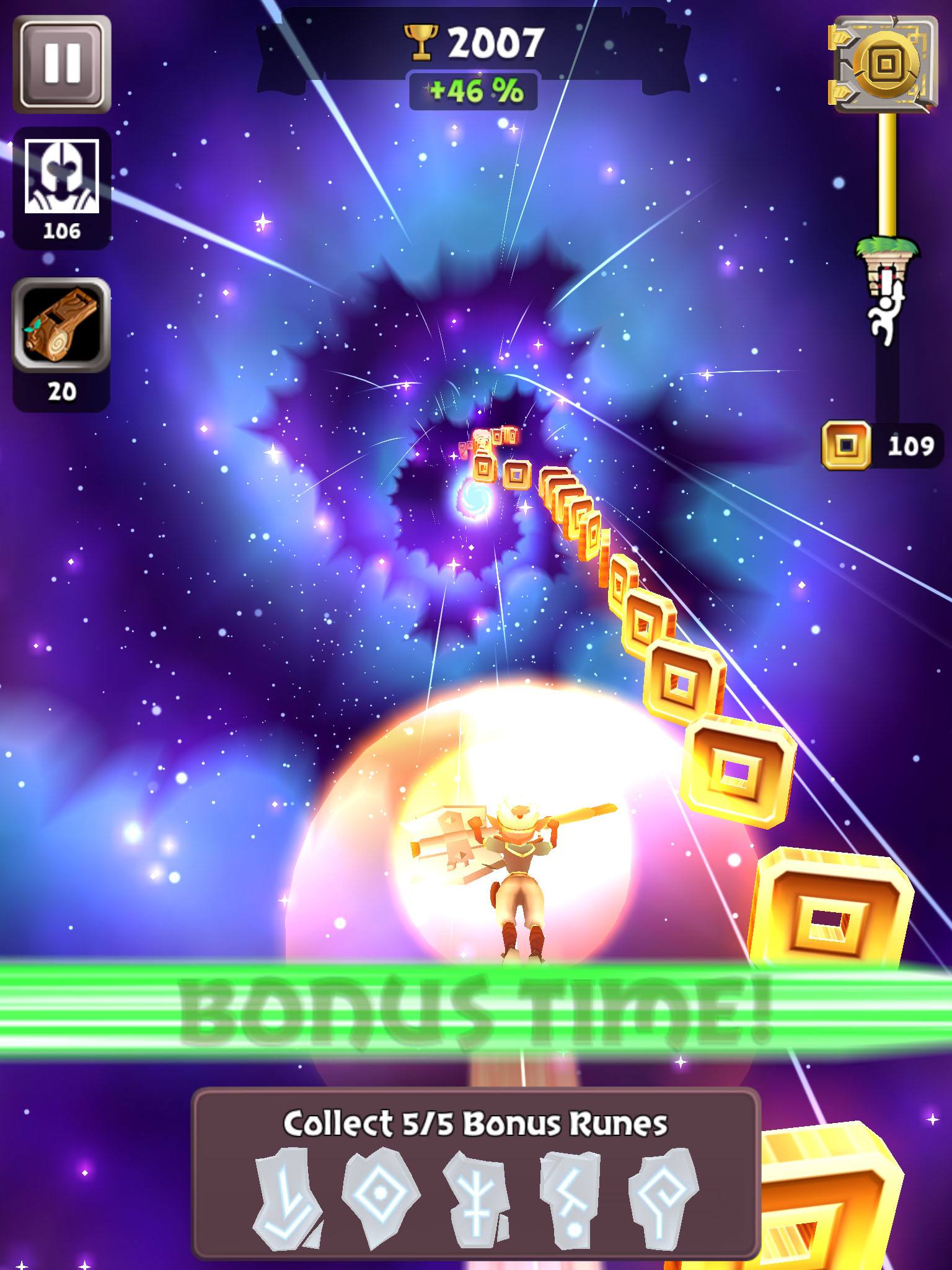 Scattered throughout every run are runes that players can collect. Once you collect five runes, a crazy worm-hole-portal-to-outer-space-thing happens and you’ll find yourself flying through the cosmos.

Gold coins are aplenty during this event, so you can gather up a ton of gold for a few moments by basically just flying along, changing lanes as the gold coin trail shifts lanes. It’s just a super easy way to amass a lot of coins at once. So don’t ignore the runes, always grab them when you can. 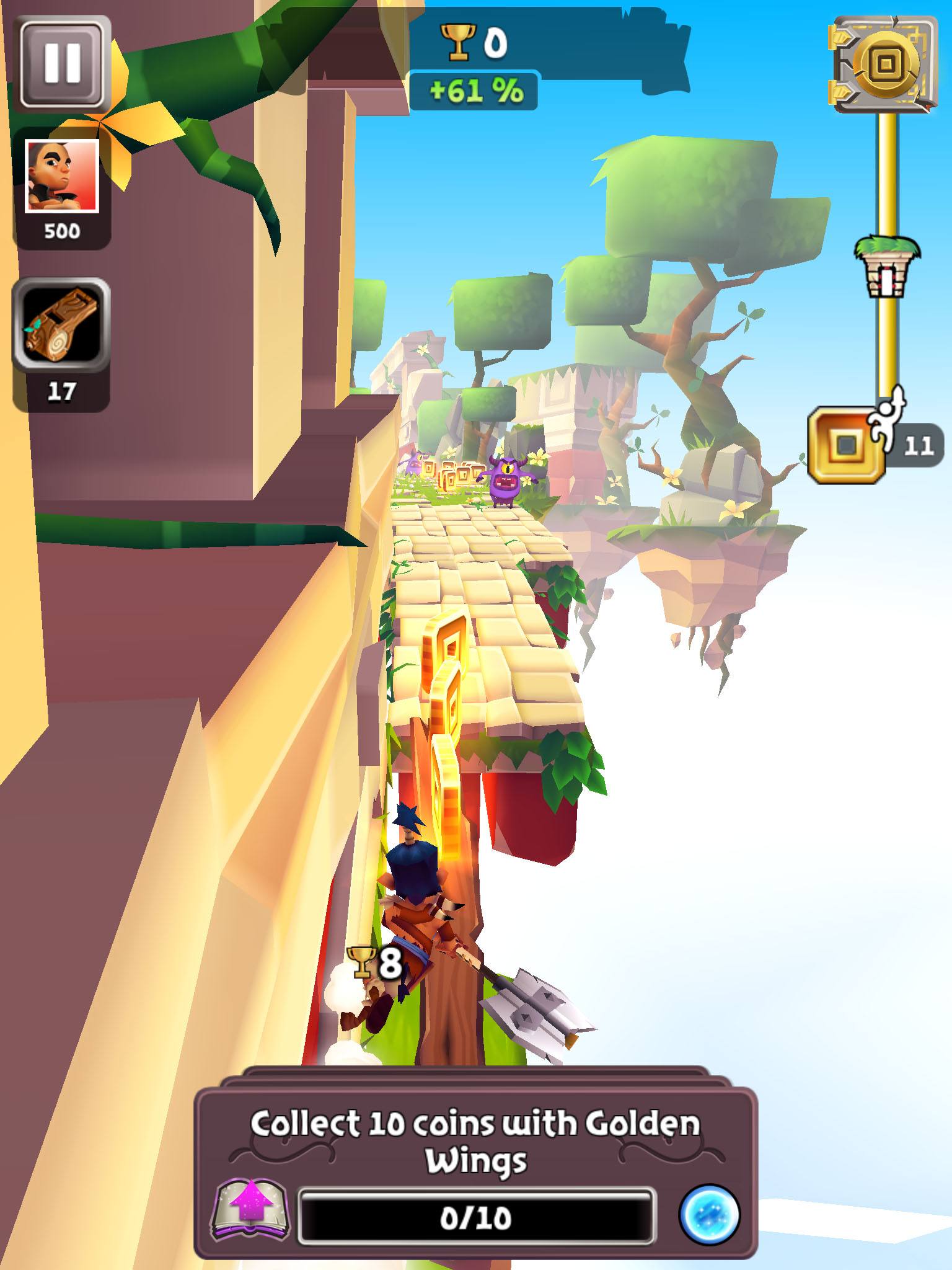 If you jump up against a wall with a flat surface, you can wall run like a little parkour kid. While this is handy for collecting gold coins that are strung out up high against the walls, you can also use this ability to easily bypass enemies that are on the ground.

And if you’re feeling really adventurous, wall running has a third benefit.

If you’re wall running and you swipe up, you’ll jump up from the wall. While you’re in the air, you can swipe horizontally to jump on top of the wall you were just running alongside. Pretty sweet, huh?

Really –really– advanced players will be able to save themselves from accidental deaths by using this method to run against the side of the wall they slipped off of and then leap back onto the pathway like nothing ever happened. It’s tricky, but it can be done. 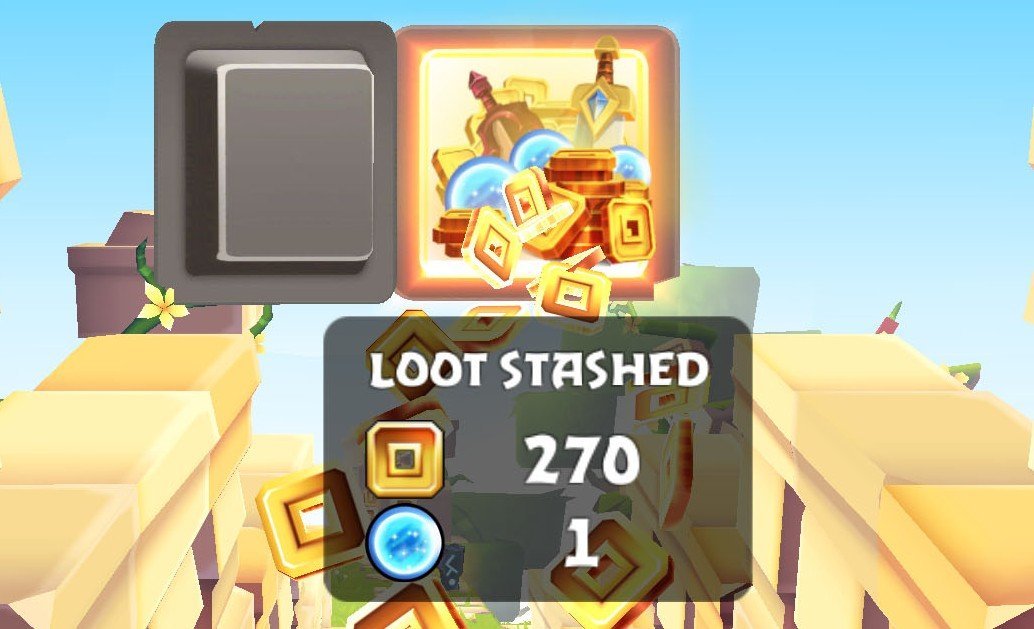 There are blue, glowing orbs that you can collect and use to buy an extra life during a run. For each extra life you buy, the amount of orbs it costs to revive you is increased. But the first revive is always 1 orb.

When you die, before you give up, always look at how close you are to the next checkpoint. If you have a substantial amount of gold or a treasure chest or two, it’s probably worth it to use one orb to continue on to secure your loot. Sometimes you’ll even come across orbs in your runs. Whenever I found two orbs in one run, I’d always use the first revive, even if I didn’t particularly need it. After all — I’d still have increased my overall orb count by 1. 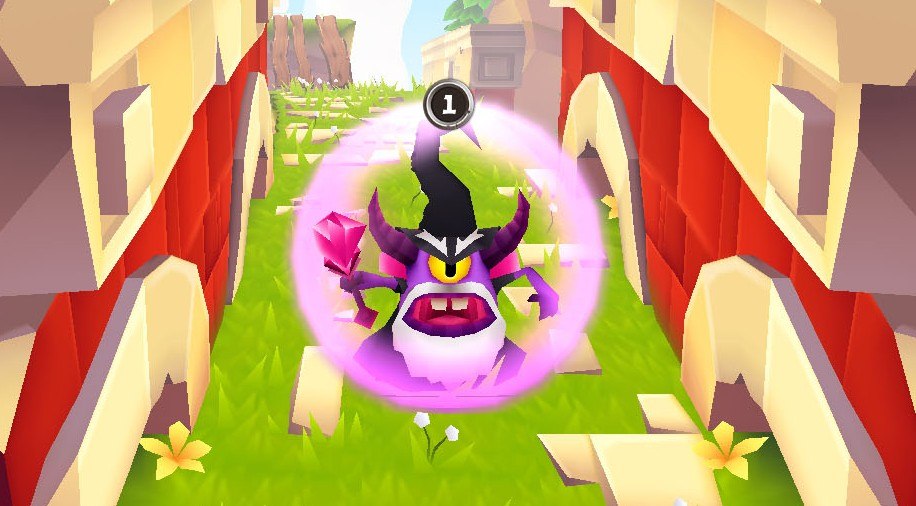 There are a handful of enemies that you’ll have to deal with in Blades of Brim, but two of the trickiest are the Crusher and the Wizard.

The Crusher is a very large enemy with a giant hammer. He is so big he takes up two lanes, and being hit by his hammer will completly knock you out, ending your run. The trick to dealing with a Crusher is to look at which lane he is holding his hammer in, as that is the lane that is going to get slammed. So dodge his hammer and slide into him to knock him back. He will fly backwards down the path and try to hit you again. Dodge the hammer the second time and slide into his exposed half, and that will be enough to neutralize him.

Wizards are less dangerous but take longer to deal with. These guys will teleport away and summon other minions to get in your way. You simply have to either avoid or take out their minions, and catch up to them to dispatch them just as you would any other minion.

Keep in mind, you’re never required to attack enemies, and sometimes the best option is to simply avoid combat altogether.

You Must Build A Boat Tips, Cheats and Strategies