BitLife – Life Simulator: How To Escape From Jail 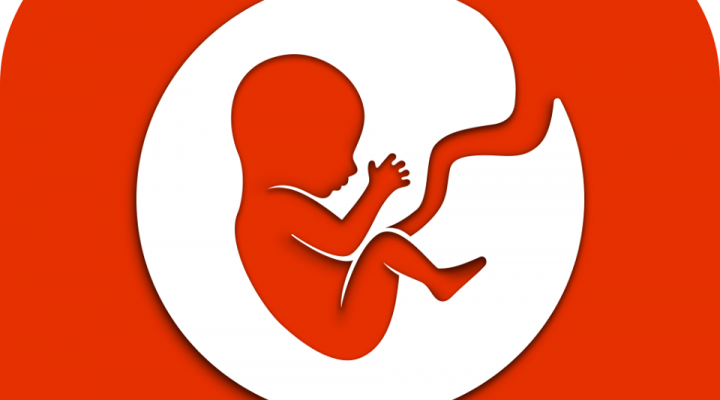 BitLife is a game, where you can finally do whatever you want and experience the hilarious consequences first hand. In this latest update to BitLife you can now commit crimes, pass your driving test and even escape from prison. Having a little trouble escaping from prison? Don’t worry, read these top tips and you’ll be out in no time.

It’s harder than it looks

When you first try to escape prison, you will see a grid of squares, an icon representing you and a policeman who will stop at nothing to tarnish your escape. For every one move you make, the policeman will be able to make two. Meaning any hopeful lunges to the exit end in the same way, being captured. But fear not, no one breaks out of prison in their first attempt! In reality, it takes years of planning, moments of ingenuity and the ability to improvise to break out of prison and in BitLife there is little difference. 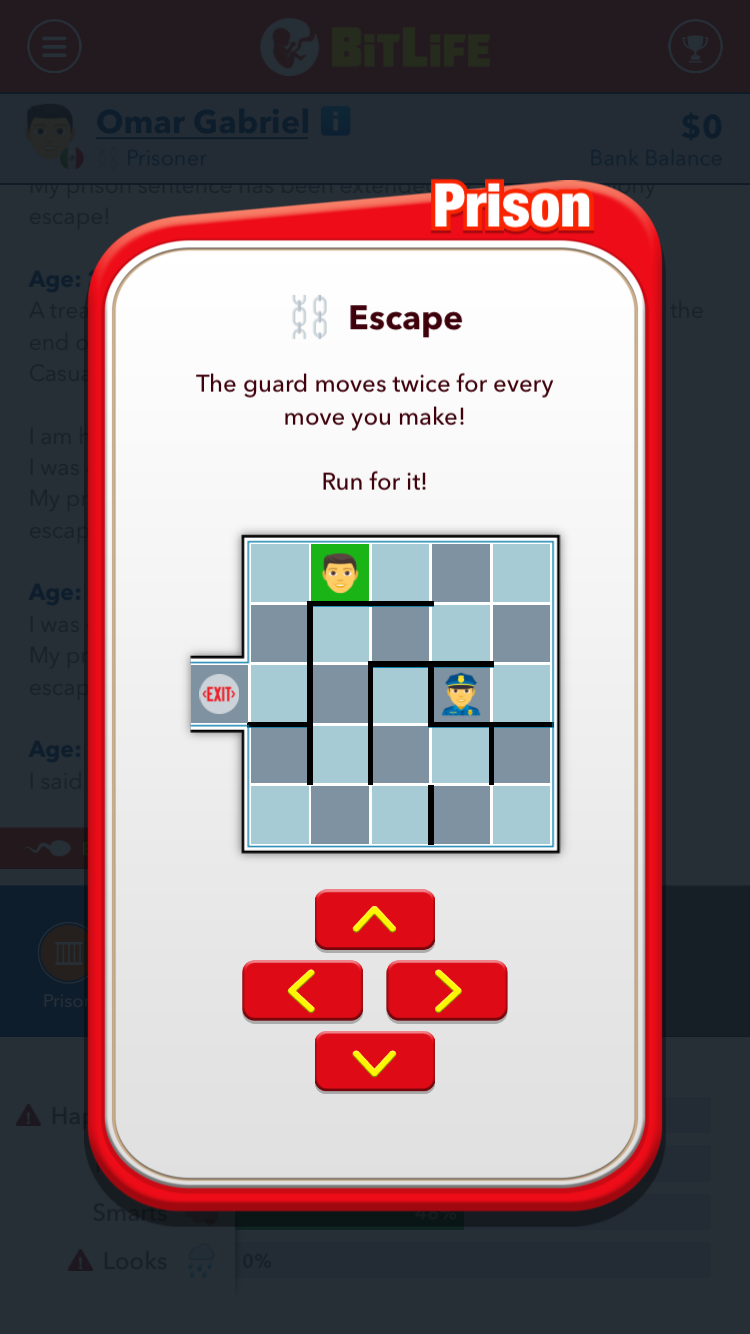 How do I break out?

To put it in simple terms, walk out the exit without being grabbed by the policeman. It sounds simple, but the policeman moves faster than you, this means you will need to be more cunning than anything. Use the surrounding environment to lure the policeman somewhere he can’t move freely. After this, an escape is possible as the policeman can’t chase you.

Well yes, once again it sounds a lot simpler than what it really is. Some levels can be solved in a couple of moves, others need over 20. So it’s like a game of chess, you are trying to predict your opponent’s moves and you are using yourself as bait throughout the process.  You will have to put yourself in danger where the right move leads the policeman into a trap and the wrong move sees you caught and your sentence extended. 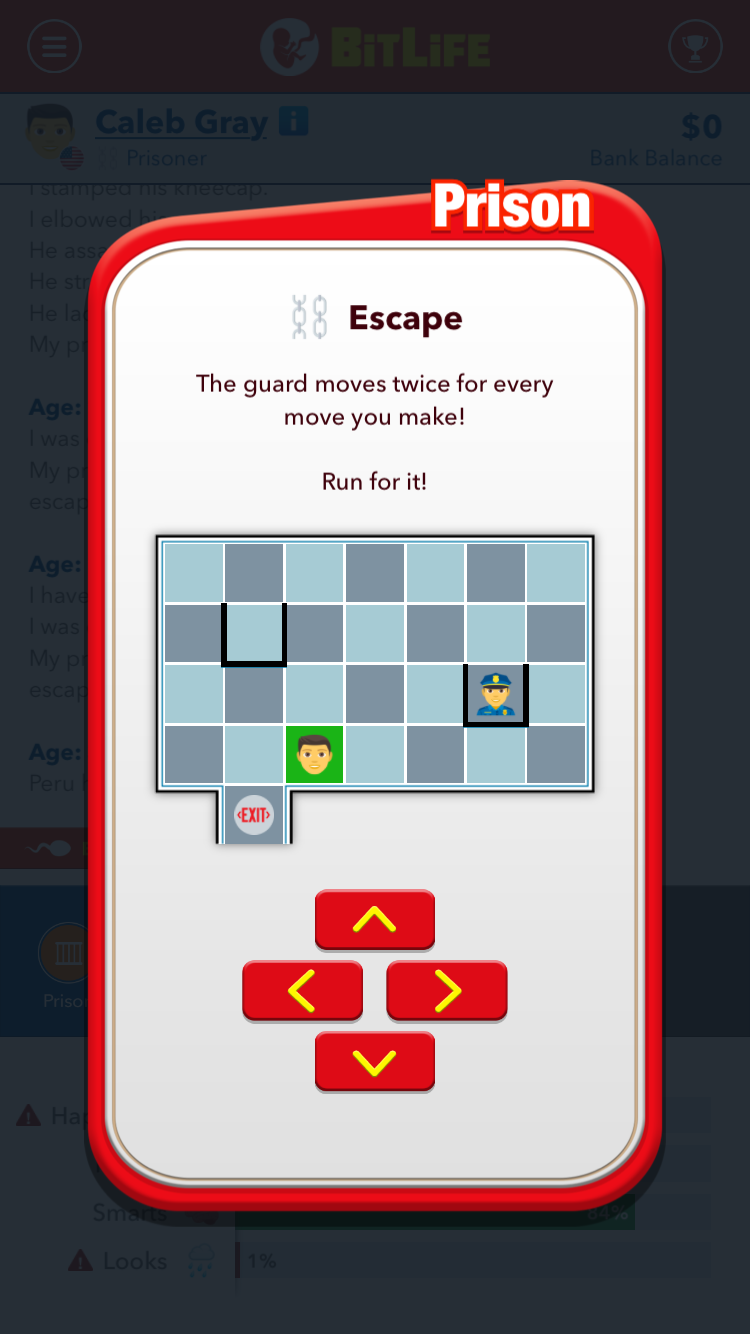 Get the policeman Stuck.

In some levels, you will be able to position the policeman awkwardly in a few moves and then head for the exit. Other levels require multiple stages of cat and mouse shenanigans where a single wrong move means certain capture. So to get the officer stuck, you must note your surroundings. Any tile with a three-sided wall around it could indicate an area to lure the policeman into. Once the policeman is stuck in this area, it will allow you more freedom to move around and hopefully head to the exit. 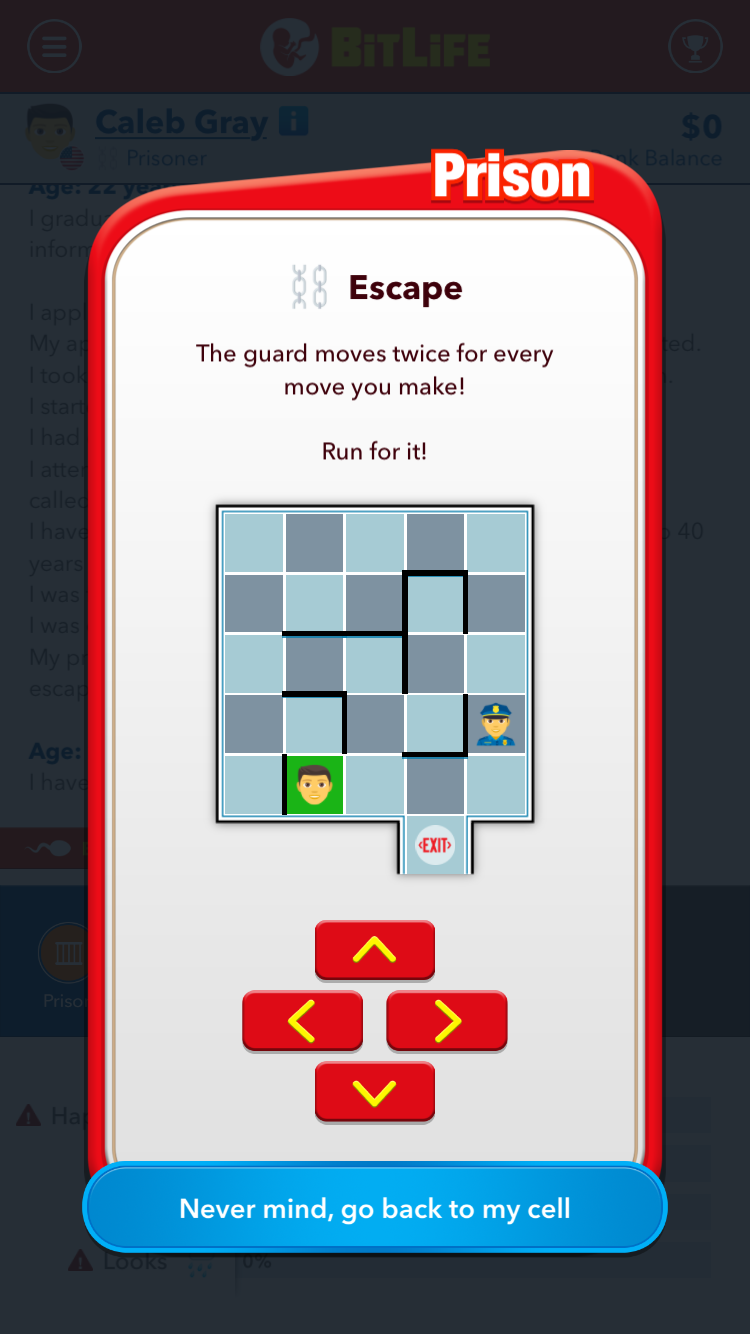 If the policeman can only see you if you are standing vertically or horizontally in front of it, then this means it should be easy to avoid capture. If you use the black walls to your advantage, you can stay one step ahead of the policeman at all times. In most levels, you will need to risk life and limb to ensure the officer gets lured into a position where they can’t easily escape from. Oh, and one more thing, if you stuck a policeman in the corner make sure they stay there. Don’t move wildly and accidentally lure them out.

Once you are out of prison, it is possible to pick up a new clean life again. Just remember the law is always on your trail, so don’t go to the army, try to avoid applying for the top of the range jobs like an executive or CEO. You want to slip back into society, nothing too fancy just live a normal life.