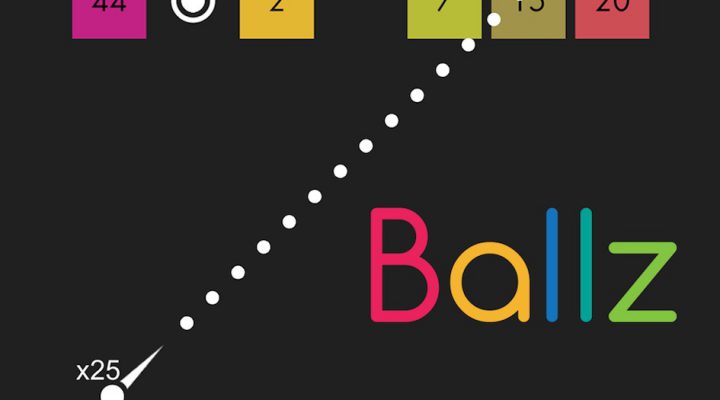 Ballz is a minimalist block busting style game from Ketchapp. Rather than having you bounce a ball between a paddle and the bricks, you’re simply flinging balls at bricks before they hit the bottom of the screen and it’s game over. In that way, it’s a lot like a bubble shooting game. While it’s simple to play, there’s a lot to learn if you want to hit the big high scores.

Gamezebo’s Ballz Tips, Cheats and Strategies offers some wise advice on how best to take advantage of the balls at your disposal. 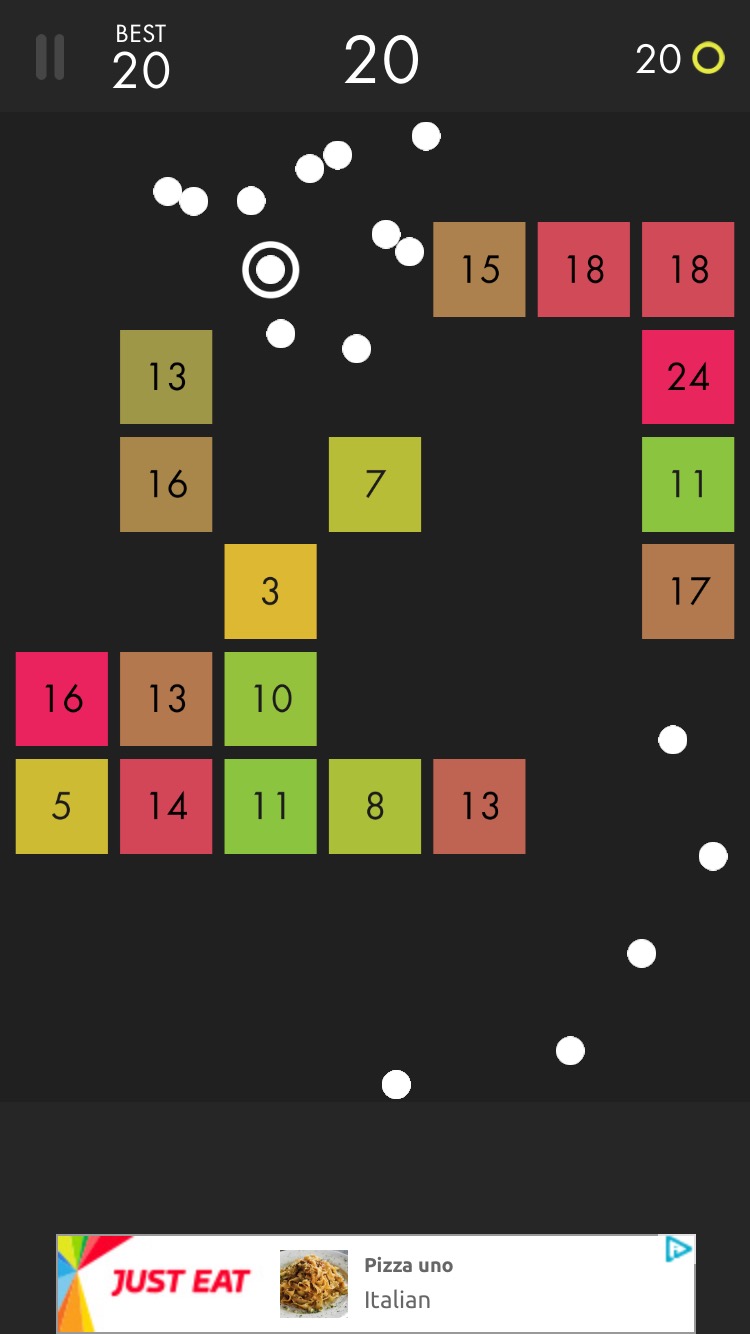 You might be thinking in the vein of someone playing Arkanoid and thinking that hitting more blocks is better. That’s not always the case. Often, you should be focusing on taking out the lower down blocks before anything else, rather than worrying too much about accruing a combo higher up.

Not all blocks are the same. Some require multiple hits to destroy them. Keep an eye on the number on the block so you know what involves more hits than others. If a block says 2 or 3 on it, it’ll only take that amount of hits to take out. Where things get trickier is when it requires 30 or more taps.

Crucially, always focus on clearing the ones lower down. There’s no point playing the ‘long game’ if you get knocked out early on. 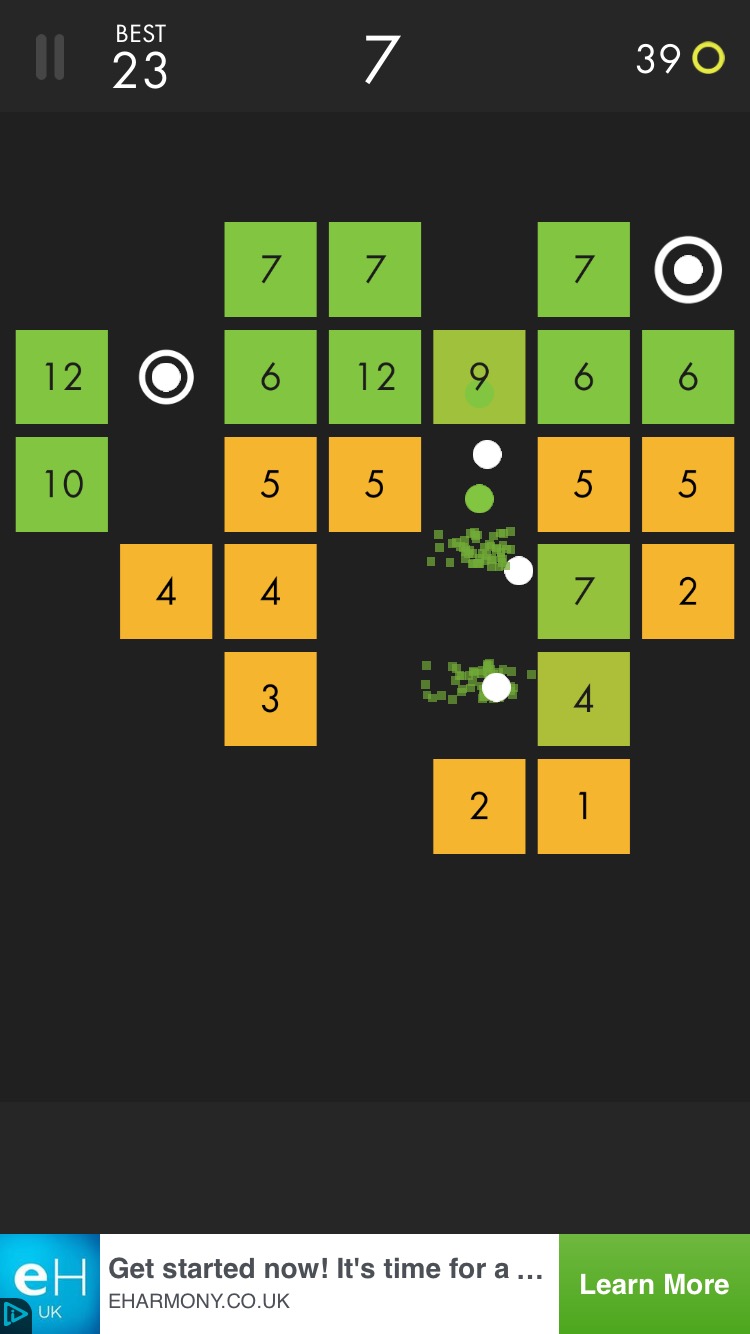 You’re not restricted to just one ball in this. Flashing circles represent additional balls. Work on hitting those where possible so that you unlock extra balls to do your bidding. More balls mean more chances to clear bricks. It makes a huge difference when you’re dealing with particularly tough bricks.

Lining Up Your Shots 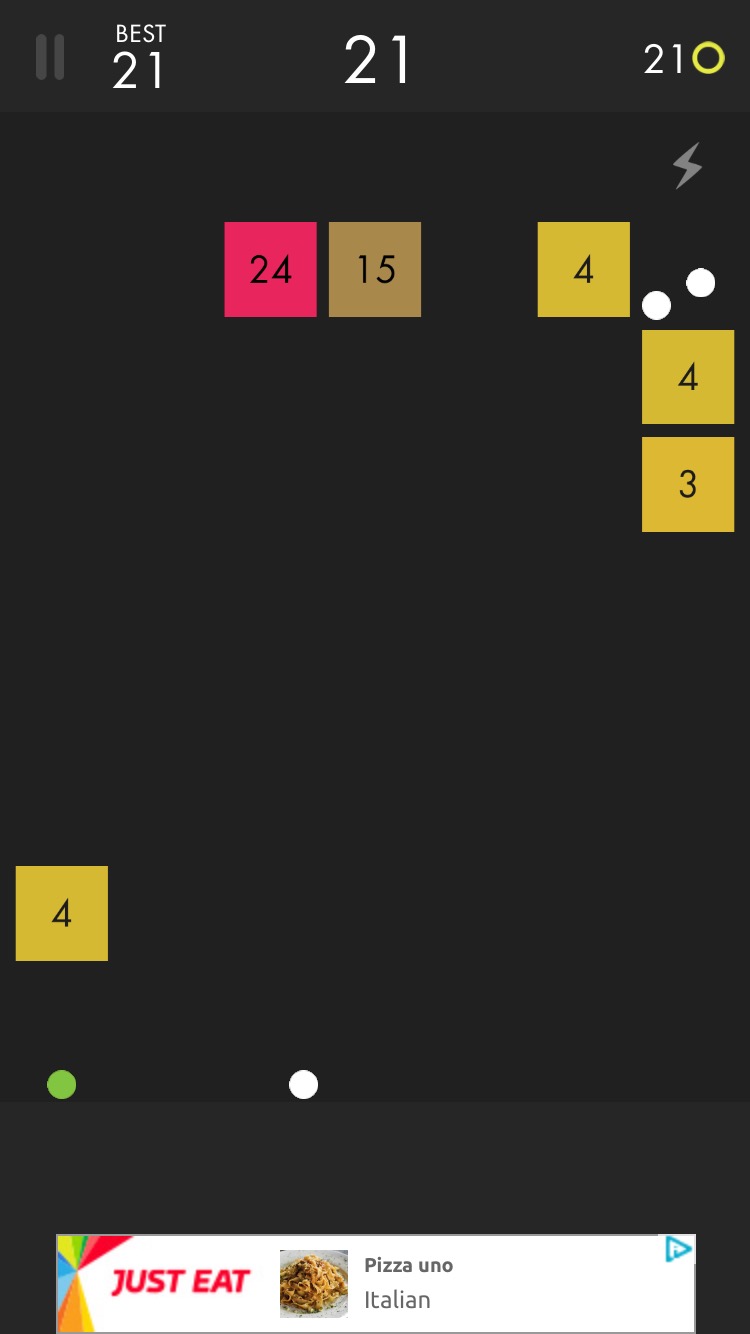 Angling your shots is key to your success. Moving the line around shows you where the ball’s trajectory will take it. You want to angle things so that the ball doesn’t just go straight up and hit the ground on its comedown. Angle it to go through some gaps, ensuing it gets stuck in a flurry of bricks further up.

Ideally, you want the ball to be bouncing around as often as possible and for a long time too. Each bounce means another brick has been damaged or destroyed. It adds up fast. Consider it a form of combo system.

Where possible, you want to get the balls stuck up the top of the screen. That way, they’ll continuously bounce around and take out plenty of bricks. Sure, you might need to focus on the lower down ones in your next turn but you’re saving yourself time later on.

Does it feel like it’s taking too long for the balls to return to you and finish the turn? Tap on the screen and a lightning bolt shows up on the side. Tap that and you can fast forward the action.

Remember, it’s a little random in the world of Ballz. Don’t be too disheartened if some runs simply fail miserably. Stick with it and the next turn will hopefully go better for you. Practice might make perfect, but luck can also be on your side too!

You can watch adverts for extra turns. Yup, it’s dull, but it’s worth it if things have been going well for you.