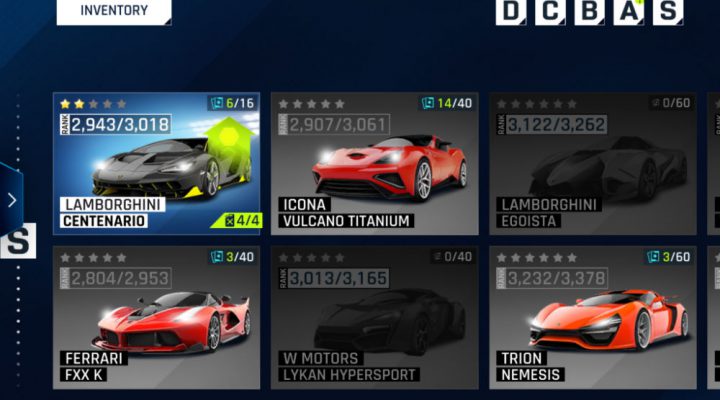 Let’s not kid ourselves. Gameloft has done a nice job in Asphalt 9: Legends to ensure that every car you have in your garage is worthwhile to upgrade and rank up in some capacity. Sometimes events are limited to only certain cars, and even multiplayer seasons sometimes have restrictions. Despite that, Class-S cars are where it’s at. You might be able to find the car of your dreams in a lower class (yours truly would be just fine with having a Lamborghini Aventador or Ferrari LaFerrari, for example, if one of you fine readers would feel like dropping one off), but the Class-S lineup is where the hypercars beyond your wildest dreams await. We’re talking seven-digit price tags and needing to know someone to actually buy one.

In terms of Asphalt 9, we’re also talking the fastest cars in the game. Cars from lower classes can be ranked up to be faster than the starting specs for some Class-S vehicles, but they can’t hang with the top end of the top tier. For instance, the Trion Nemesis, which isn’t even the fastest Class-S car, starts at a rank above the top rank for any Class-A car, even the Pagani Huayra BC.

So you want these cars, but you also actually need these cars. To finish off the Asphalt 9 ‘My Career’ mode, it’s literally a necessity. Happily, there are ways you can unlock all of them just by grinding through the game, though some pack luck is going to be involved as well in many cases. Let’s take a spin through the whole lineup and see how you can acquire these beauties.

How to Unlock the Easiest Class-S Car, the Lamborghini Centenario 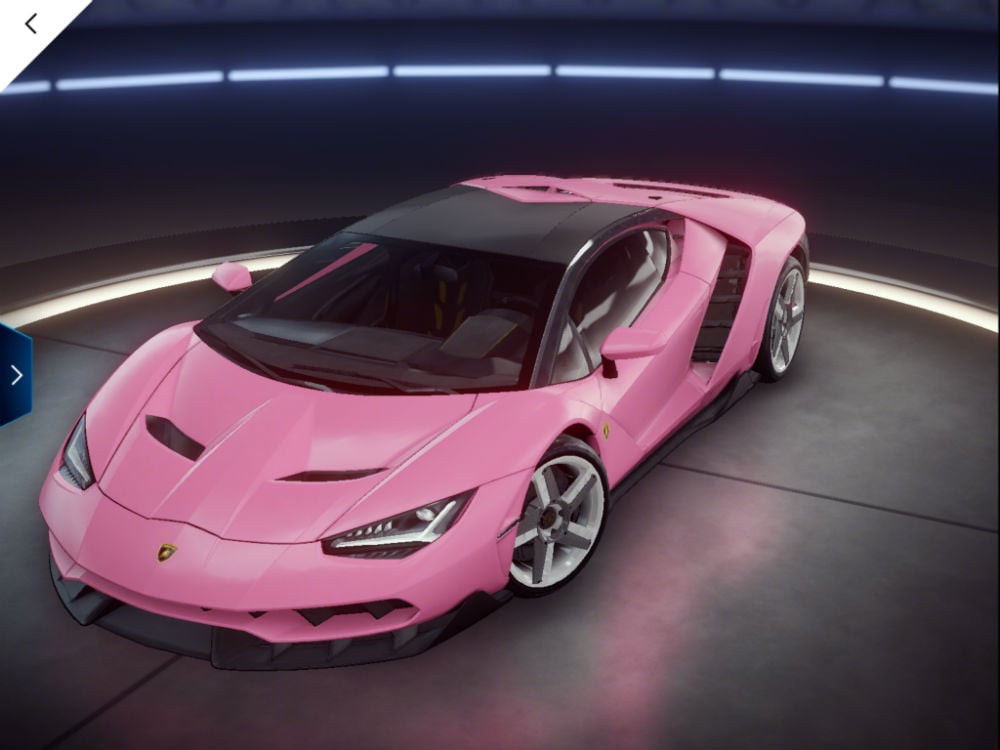 Unless you decide to pay money to speed up the process, the Lamborghini Centenario is the first car from this class you’ll acquire. That’s because at least at the time of this article, you can get one blueprint every day for this Lambo just by playing the Daily Car Loot event with an Class-A car and beating the required time — which is pretty easy to do, regardless of the track.

There are also Centenario blueprints up for grabs in some My Career stages, so that can help you attain it faster or rank it up after you’ve got it. But there should be no problem for you getting this one Class-S car even if you are a casual Asphalt 9 player who doesn’t play every day.

How to Unlock the Icona Vulcano Titanium

More than likely, this will be the second Class-S car to arrive in your garage. The Vulcano has blueprints within My Career mode, enough to unlock it (40 total) even if you never get another blueprint via any other means.

Specifically, you can find its BPs in the following My Career seasons, as well as a few others:

The tricky part is that you’ll need other Class-S vehicles to get all the blueprints, but as we’ve discussed, you’ll have at least the Lamborghini Centenario to help you pull it off.

How to Unlock All Other Class-S Cars in Asphalt 9

While Gameloft is sure to add more over time, the list of Class-S cars in Asphalt 9 other than the two we’ve already covered currently looks like this:

As going into these vehicles one by one would make this a much longer article than you’d care to read, we’ll discuss some general tips to unlock all of these cars.

Follow these tips and you should be able to grab some of these hypercars before too long. Also, be sure to check out our other Asphalt 9: Legends guides, like our Touchdrive tips and hints for getting free credits and Tokens.

Football Strike: How to Earn More Coins for Free