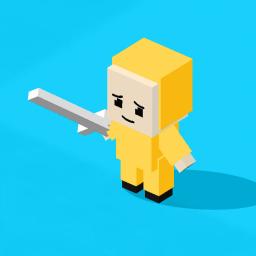 Army Clash challenges you to forge an army of soldiers, place them in a solid battle formation, and head on out into battle against the opposition. You’ll face various different armies made up of unique soldier types, including sword-wielders, archers, bombers, and more.

Placing them into solid formations is the best place to start. You’ll want your swordsman in the strongest armour on the frontline, protecting your archers and other ranged troops. You can even combine troops together to create even more powerful variants.

In this guide, we’ll detail how Army Clash works and provide a bunch of tips and tricks on how to grow your army into a dominant force. You’ll even put Napoleon to shame with your strategic prowess.

Army Clash challenges you to build a powerful army of various soldier types, place them into a formation, and send them into battle against opposing armies. The more powerful (read: biggest) army wins.

You’ll start with a standard three swordsman, and can collect more by opening character packs. You can purchase these with in-game gold, earned by defeating enemies, watching advertisements, or purchasing them with real money.

Once you’ve got a few soldiers under your belt, you can place them in any formation of your choosing on the grid. Generally, we’d recommend placing your tough melee units in front of your archers and other ranged units to protect them. You might want to adapt this per level as well, to force various different troops to fight other types.

When a battle begins, you have to tap to try and ensure a reticle hits the orange patch as it swings back and forth along a line. Timing is difficult, but the closer you get to the orange patch, the stronger your troops will be in the ensuing battle.

Now that you understand the basics, let’s take a look at a few specific tips and tricks to help you win the tougher later levels: