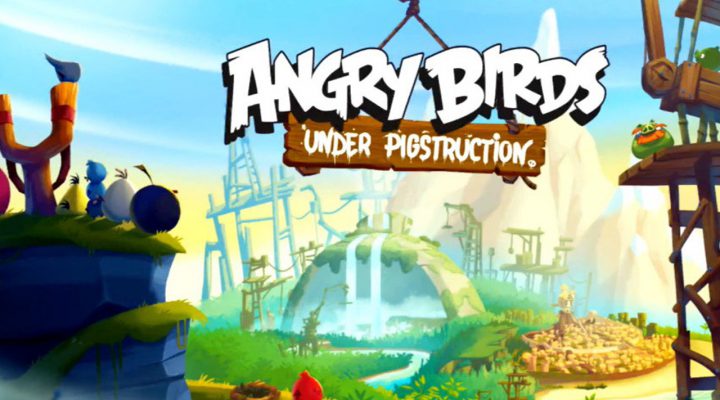 In an attempt to re-visit their roots, Rovio went back to the core of the Angry Birds series and created Angry Birds: Under Pigstruction. The game keeps the focus on what made the original Angry Birds a hit: pure Angry Birds vs Pig destruction, with a bit of strategy blended into the mix. 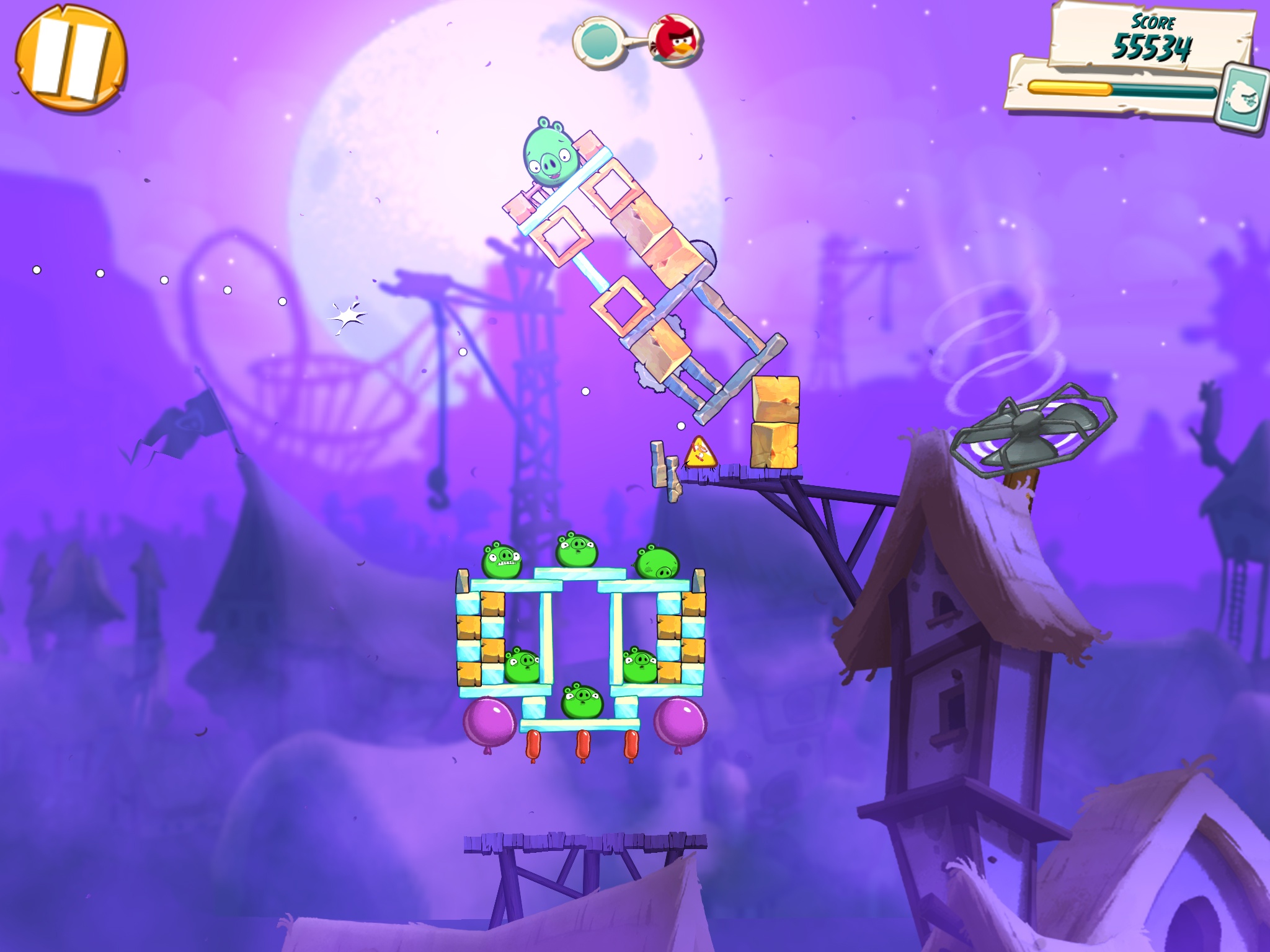 Angry Birds: Under Pigstruction is physics-based. This means that if you knock out the supports of a structure, it will fall based on where the structural integrity was compromised. This mechanic can be both a blessing, and a curse.

Let’s look at the good, first: with a bit of aiming and a dash of luck, players can trigger the pig-filled structures to collapse onto one another, initiating a dommino-like effect, where one structure collapses into another structure, potentially even knocking down a third structure if one is present.

With one well-places bird, players can clear out an entire level of pigs. It is that simple. Just take a minute and look at the structures to determin a weak spot, and take your best shot.

The downside is that structures can collapse in unexpected ways. Some will fall just like you want them too, but the others may collapse a bit, falling down in a way which reinforces the building to be stronger than it was to begin with. 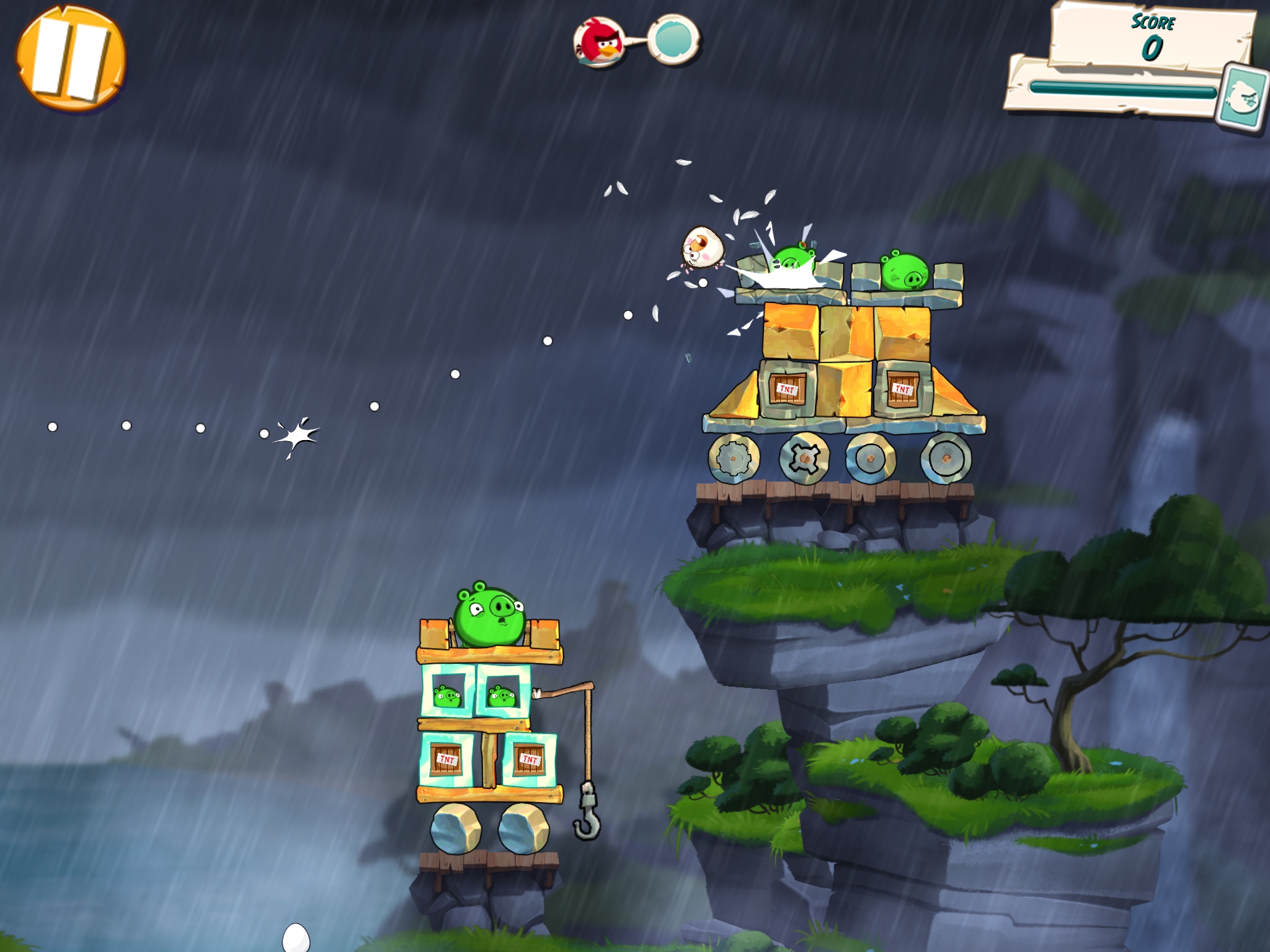 The white bird, Matilda, drops an egg-bomb that explodes upon impact.

While it may seem like Matilda’s main use is her exploding eggs, she also has a seconday use that advanced players will be able to take advantage of: as she drops her egg-bomb she rebounds upward a bit, getting a second wind from the exertion of the egg-bomb.

What this means is that players can let Matilda drop down close to a structure, drop a bomb nearby to clear out the structure below Matilda, and then use her second wind to forcefully drive her into a second building, nearby. This is an excellent way of…well, killing two pigs with one bird. 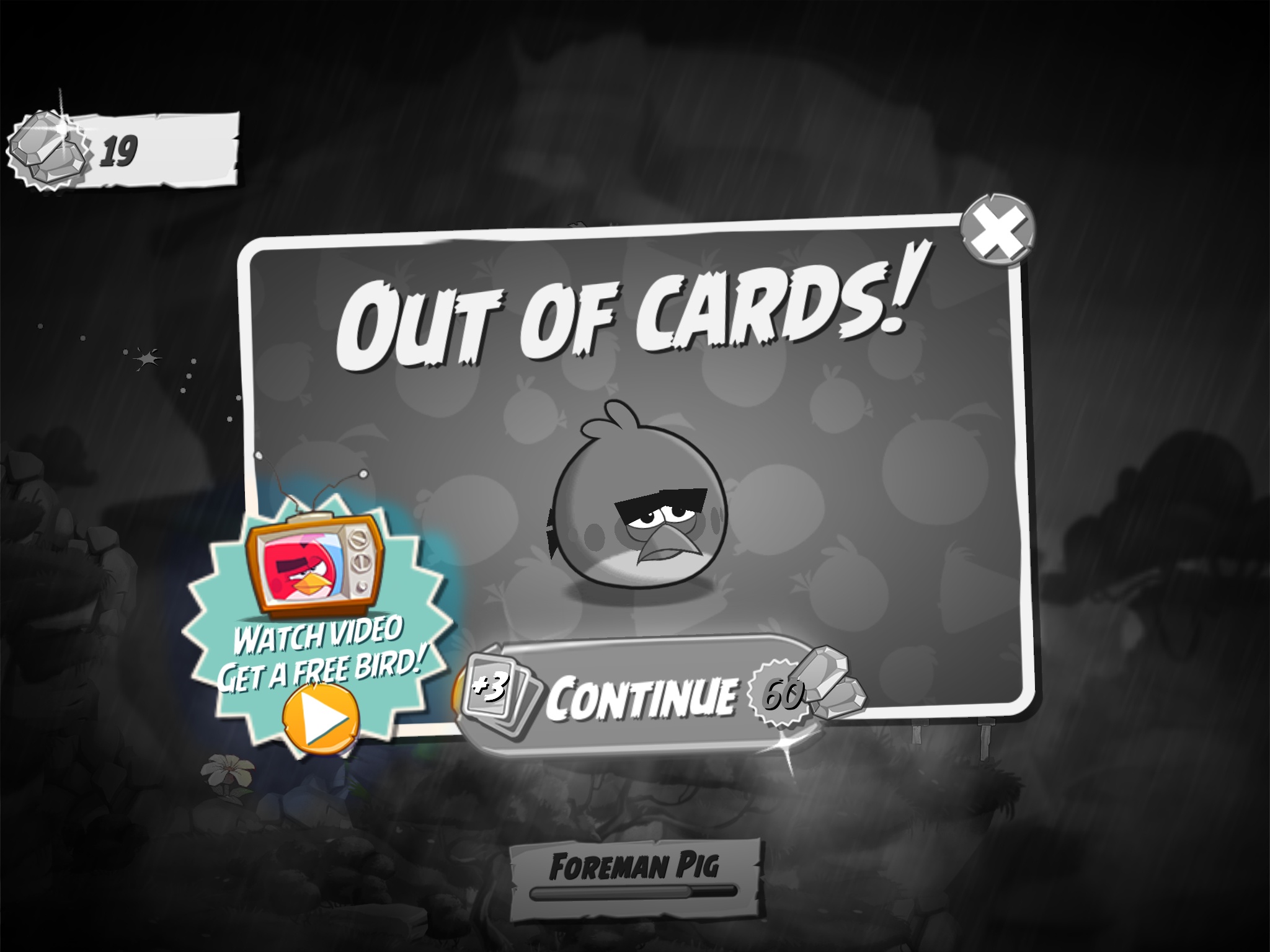 If you happen to use up all your birds, and there are still piggies left standing, you will usually have the option to watch a short advertisement to obtain one extra, randomly selected bird.

Don’t roll your eyes at me, don’t mutter under your breath, I know you hate watching ads while you game but trust me, it’s worth that one extra bird.

That one extra bird can make all the difference. And watching a fifteen-second advertisement is certainly more time effective than having to wait X-amount of time before you get your next life. Bite the bullet and get a bird. 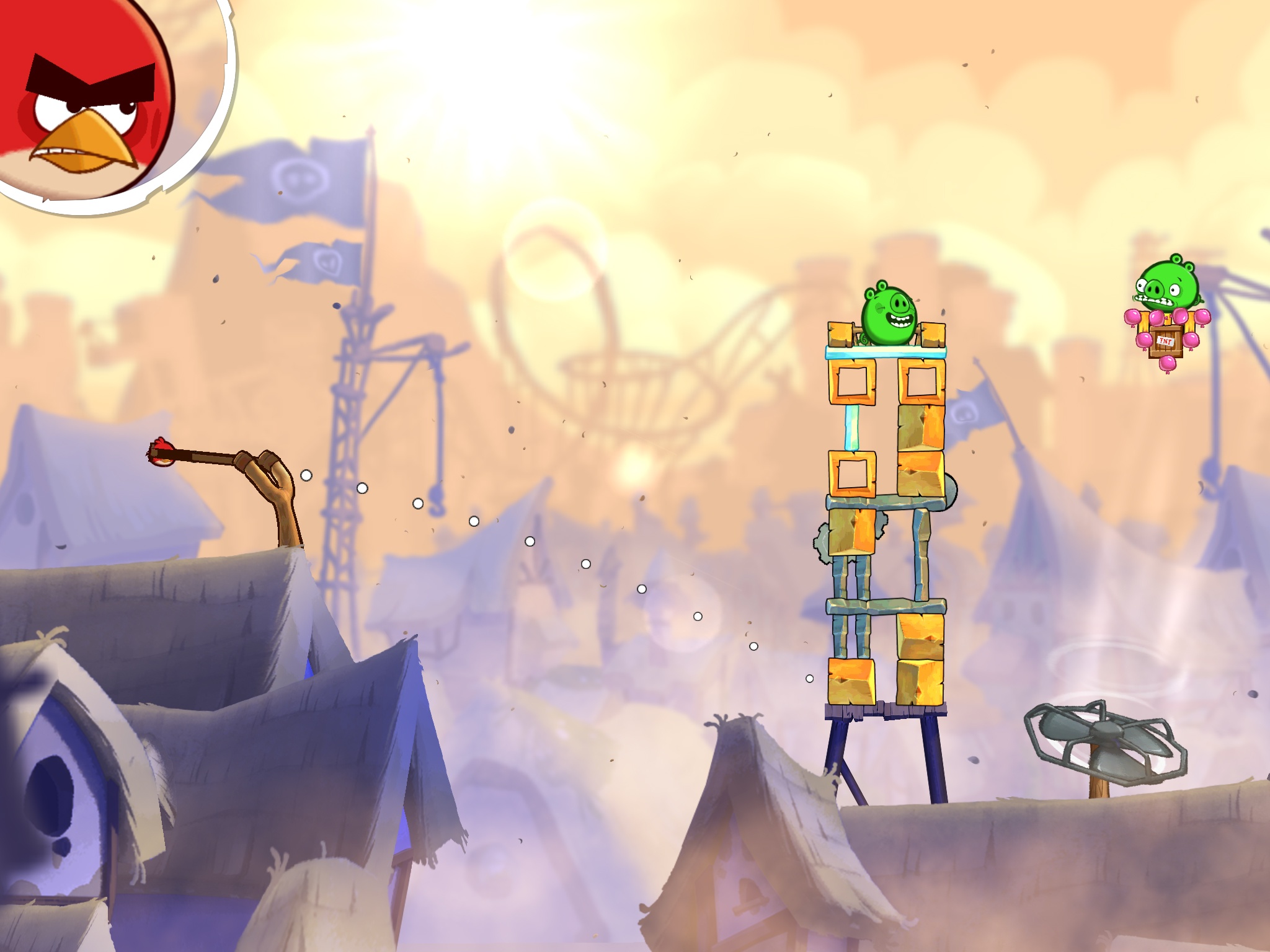 Because of the physics in Angry Birds: Under Pigstruction…sometimes the best shot to take is right at the base of the structure.

This was often my, “Hail Mary” move, and about half the time I used it, it paid off.

If you find yourself down to your last bird, and happen to be facing two structures full of snorting, chortling pigs, your best bet is just to cross your fingers and aim for the base. Sometimes the base remains steadfast and nothing is accomplished…other times you hit the structure just right, causing it to collapse upon its inhabitants, while falling into the neighboring structure, taking it down too.

Pick A Card, Any Card

So, one of the major differences between previous Angry Birds games and Under Pigstruction is that the player has SOME choice of the order they can use their birds. Each level the player is given a set amount of bird cards (and ability cards if you pay for them) to use. Players have access to the top 3 cards in their deck of bird cards. So if you start out with Matilfa, but you feel like Red would be a better option and he is one of the other two cards drawn, you can simply select Red to use him.

This gives players some flexibility as to how they can approach each level in Angry Birds: Under Pigstruction.