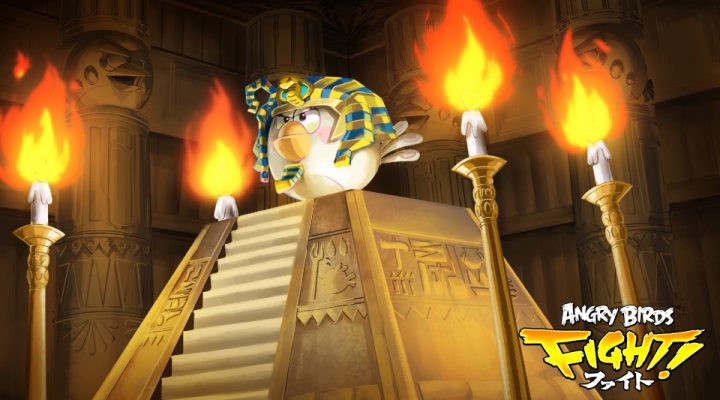 Angry Birds Fight! from Rovio is a bird-to-bird battler that combines match-3 puzzles with real time PvP and an RPG-style gear system. Players fight against one another on a match-3 game board where they earn power and defense boosts based on the skill and speed of their matches. Though the PvP matchmaking is random, there are ways players can improve their chances for victory. For those looking to get a wing up on the competition, check out our Angry Birds Fight! tips, cheats and strategies. 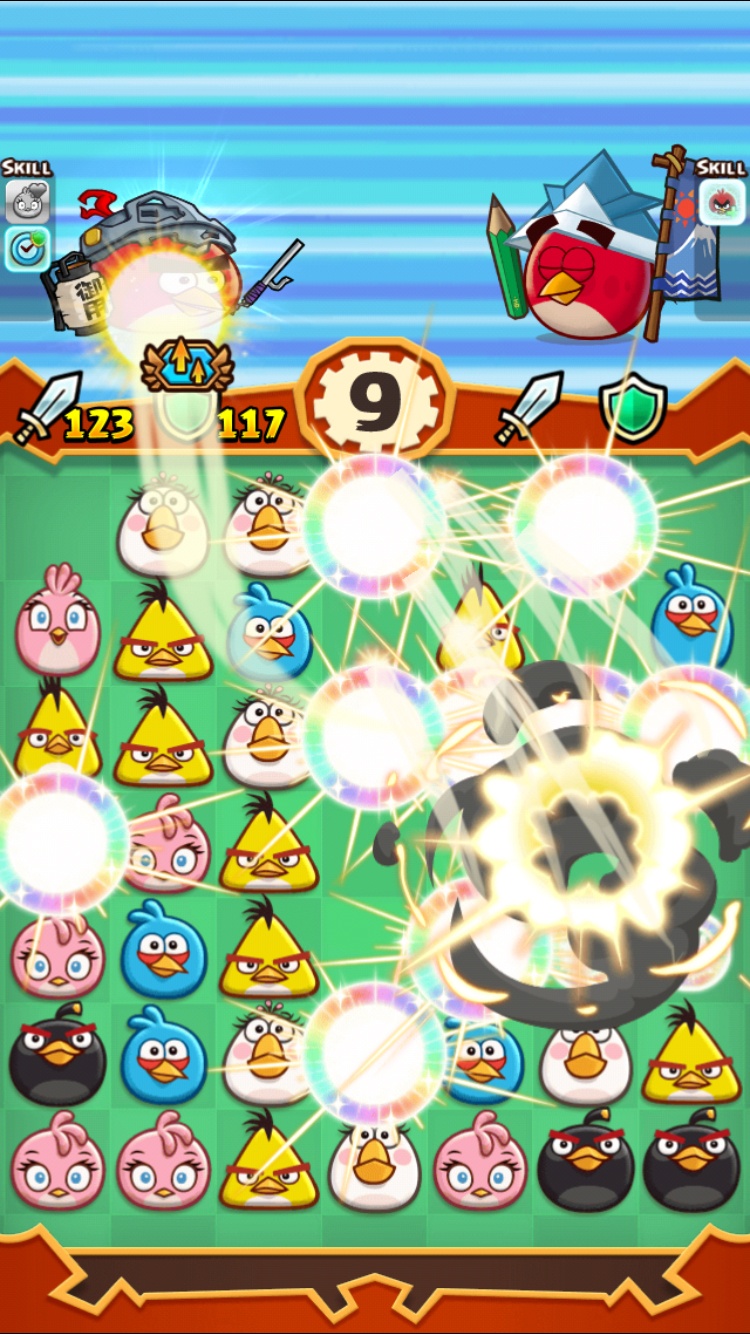 While combos are great for upping your score, don’t stop at three! The real bang for your bird happens when you match four feathered friends and trigger a sabotage effect on your opponent’s board. Here’s the rundown of each bird combo and their effect.

For an even bigger boost, match the same birds as your chosen warrior bird. And if you match 5 of any bird, you’ll enter “fever time” and get an additional timed boost in attack and defense.

Check Before You Equip 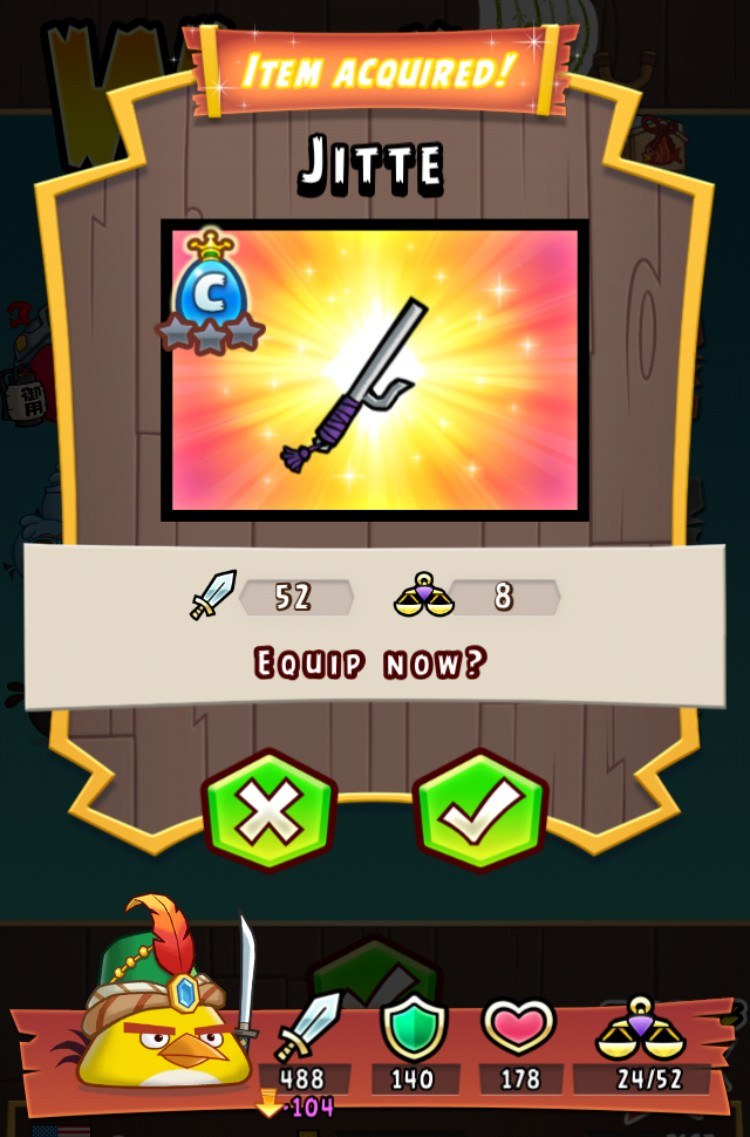 After successful battles, you’ll receive various items as reward and you’ll have the chance to equip them immediately. Before you get too excited about your shiny new stunna glasses, make sure you check the stats; your newest item is not necessarily the strongest. Keep in mind that hand weapons improve the damage you do, hats improve your defenses and some accessories have certain skills like a timed defense or attack boost. While it may be tempting to go heavy on the special skills, your ultimate score is based on pure power, so make sure you’ve equipped the strongest gear you’ve got. If you aren’t sure, you can always head into the gear menu and click the “auto” button which will automagically equip you with your highest-powered available gear.

Surrender To The Slots 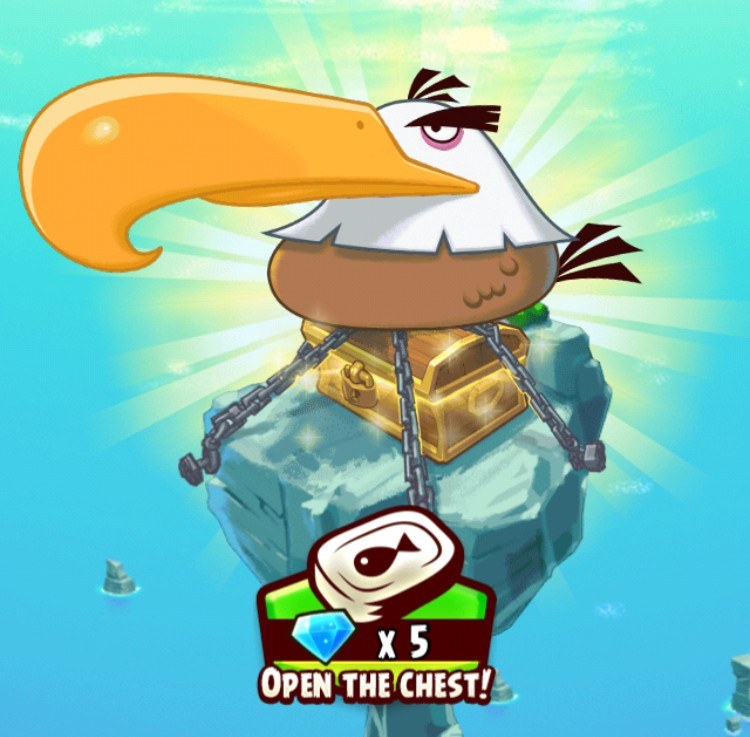 Don’t waste your gems on energy refills! Save those sapphires and only drop them when you’re ready for some powerful costumery. Seriously, the “slot,” also known as the Mighty Eagle’s Chest, is the only way you’re going to get some of the sweetest gear. 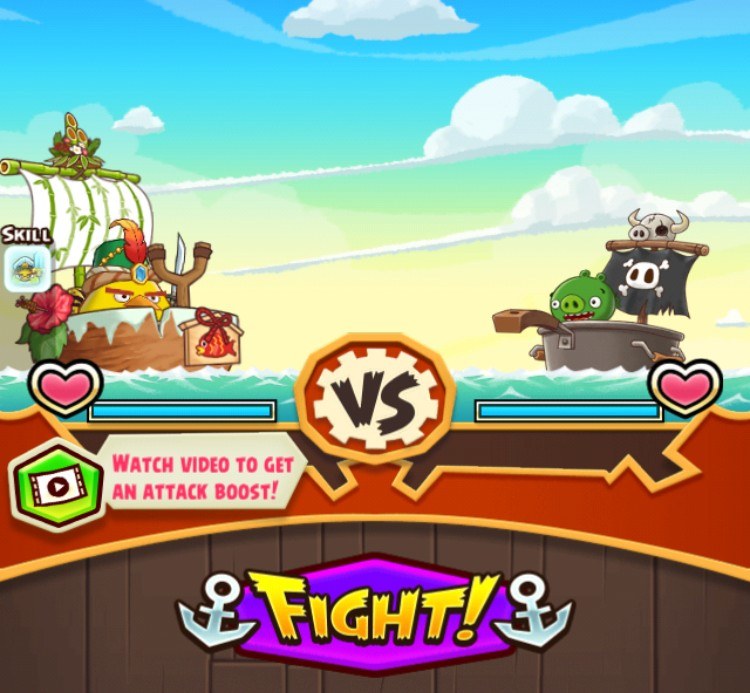 Ah, the dreaded passive monetization scheme of video-watching is so cleverly applied here. Just before a challenge against a pig, you are offered the promise of an “attack boost” for just watching a little video. They really make sure you know you’re doing yourself a disservice if you don’t watch the video. Though likely a coincidence, the one time I chose not to watch, I lost against what I thought was a far weaker pig in a tiny sauce pan boat. 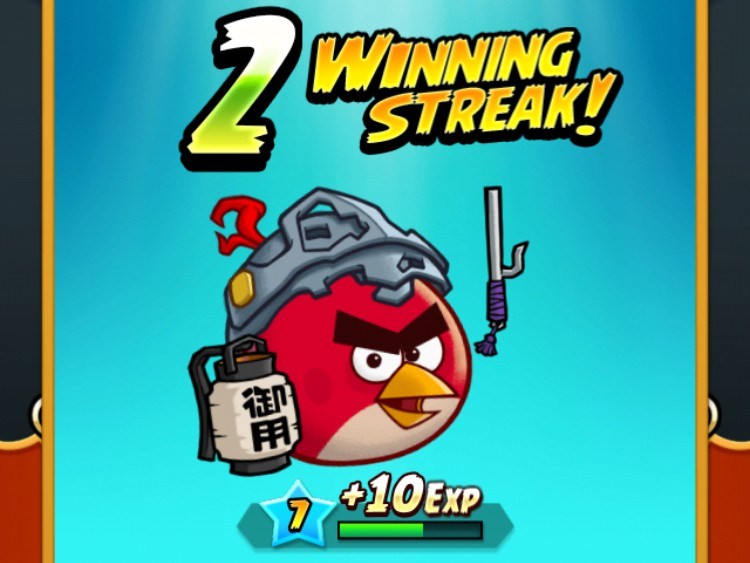