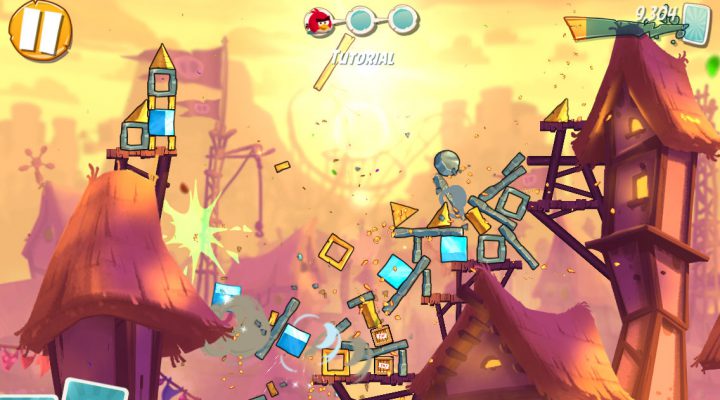 Angry Birds 2 is a physics game from Rovio. In this game, you throw really cheesed-off birds into rickety structures assembled by pigs. If you land a good shot, you’ll bring the piggies’ primitive homes tumbling down. Gamezebo’s Angry Bird 2 Tips, Cheats and Strategies will help you keep your blood boiling at a temperature suitable for war. 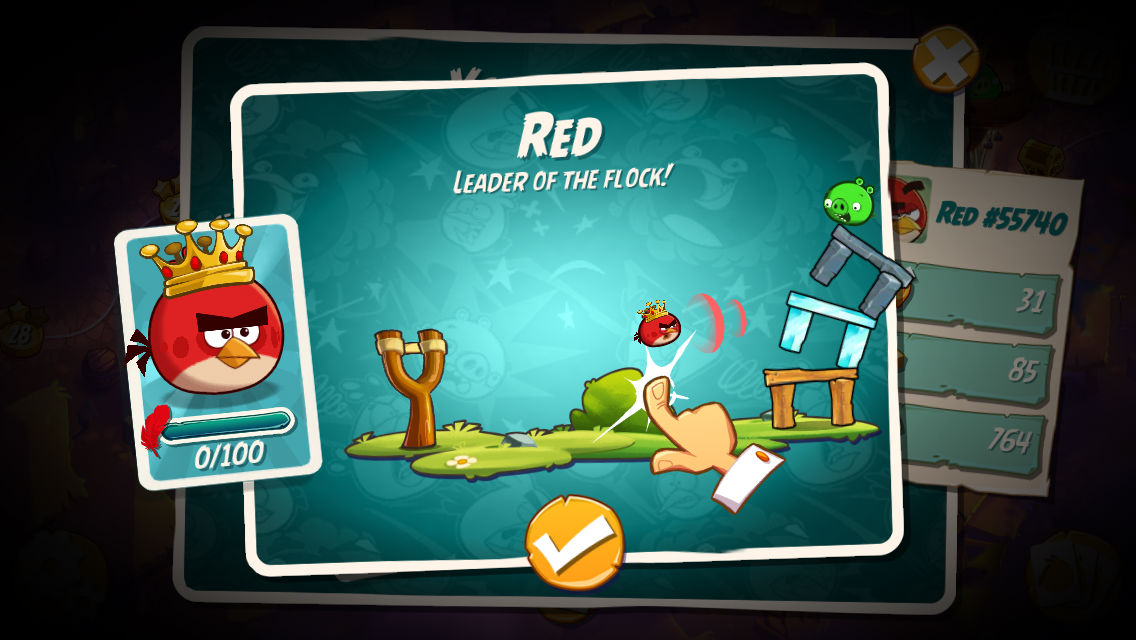 Red, the spherical poster bird for the Angry Birds franchise, has a new power this time around: When you tap on him while he’s in mid-flight, he’ll unleash a war cry.

This war cry has a limited radius, and it’s not exceptionally powerful. However, it can penetrate solid objects, which makes it a good foil for concrete barriers. Ideally, Red should be used against tall cement structures that have a TNT crate at its base. If he can use his war cry to detonate the crate, you’ll have a veritable pig massacre on your hands.

In boss stages, target the environment, not the boss itself 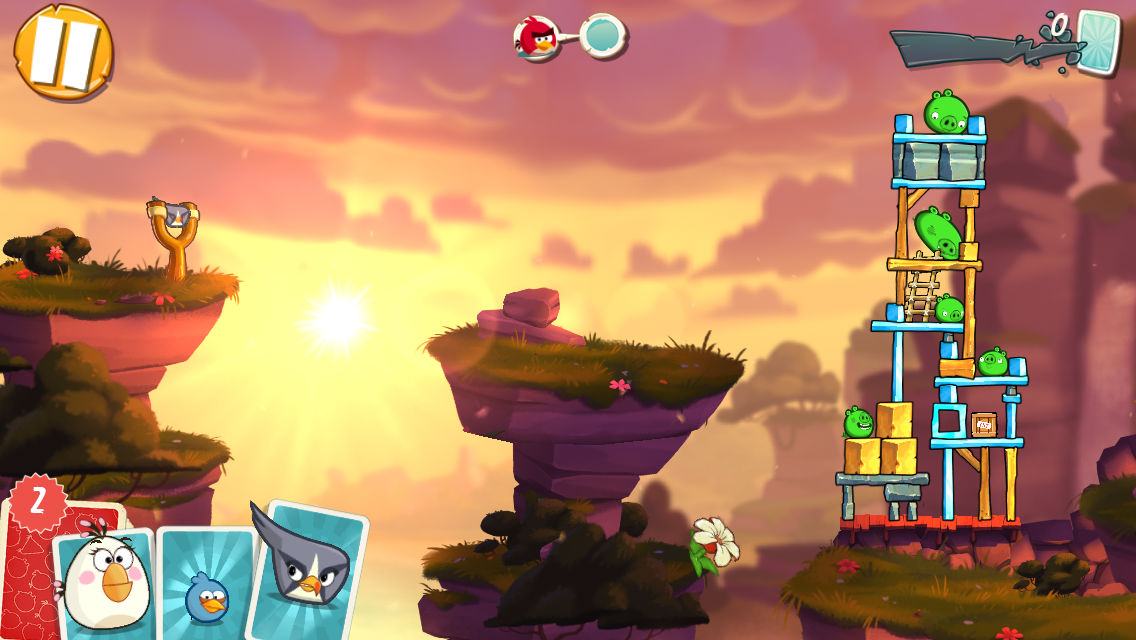 There are several boss stages in Angry Birds 2, and the head swine in each one is pretty hardy. You won’t get very far if you simply fling birds at the boss pig, so use the environment to your advantage instead.

For instance, if the boss is perched on a platform that has circular discs underneath, or some other form of “wheels,” aim for them. You might send the structure rolling, which may cause the boss to fall and / or take big damage. Alternatively, try making objects rain down on the boss’s head. The heavier, the better.

Silver and Matilda are high-flying birds 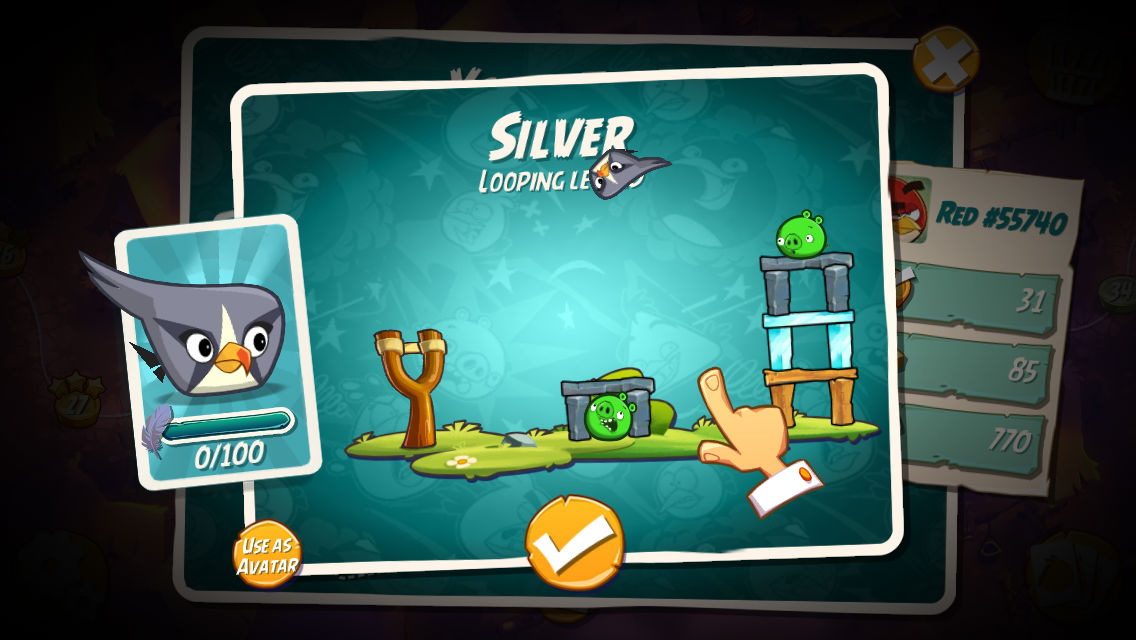 It can be a bit hard to strategize in Angry Birds 2 because you’re not able to see all your allotted birds at once, nor can you peek ahead on multi-screened stages. Nevertheless, you should try and get a feel for how your assigned birds will perform on a level, especially Silver (the looping hawk) and Matilda (the white egg-dropping bird).

Neither Matilda nor Silver are much good for low attacks; both need height to unleash their special powers. If possible, use your other birds to mow down tall objects on the field, then send in the high-flyers to bust any remaining bunkers.

Target a structure’s base whenever possible 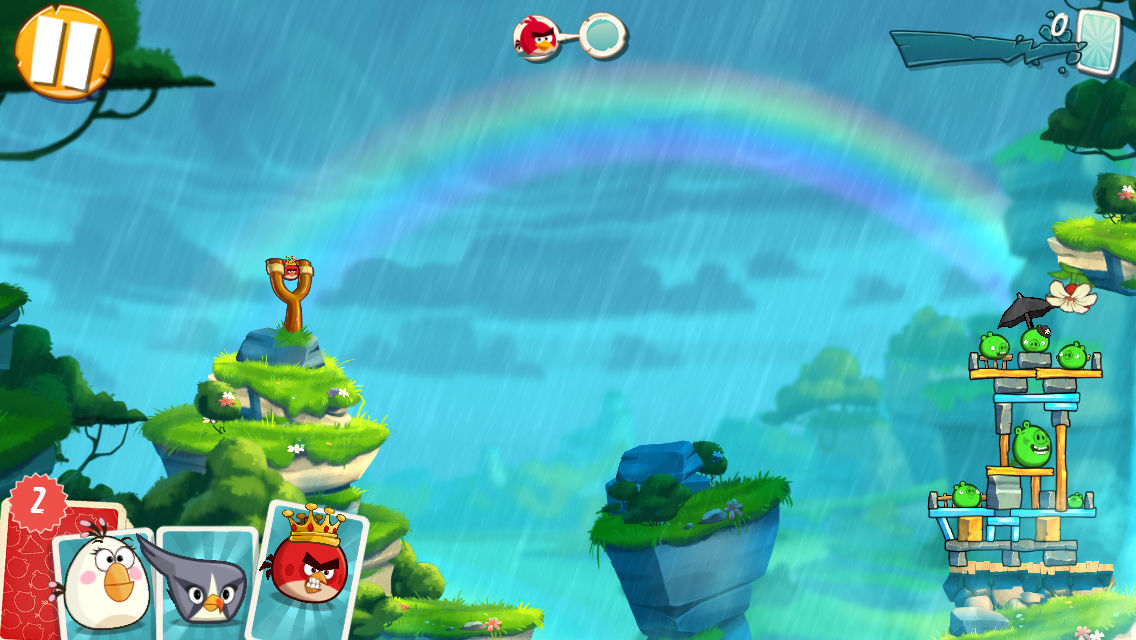 You won’t get very far in Angry Birds 2 if you aim directly for the pigs every single time. Before you start your assault, take a look at the structures your foes have built around themselves. Look for weaknesses, especially ice walls that can be broken apart by a well-placed bluebird assault. Look for TNT crates as well, which are particularly vulnerable to assaults from Red and Bomb.

Bringing down a whole tower with a single bird isn’t just satisfying, it’s also a good strategy since Angry Birds 2 expects you to do more with fewer birds compared to its predecessor.

Fans can help you as much as hinder you 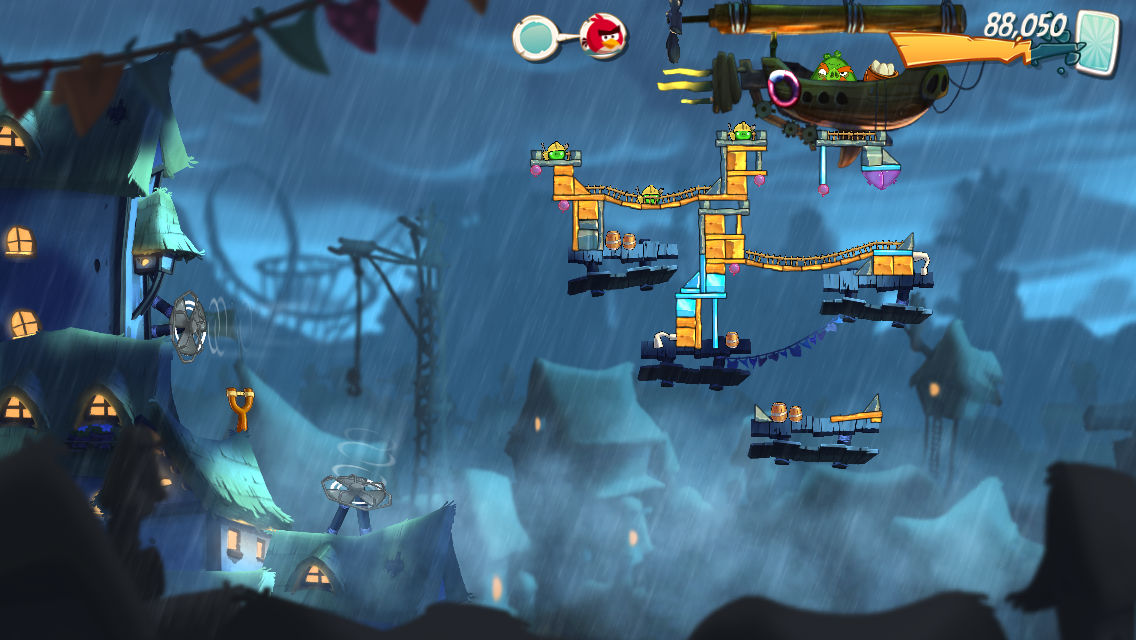 Fans are your best friend and worst enemy in Angry Birds 2. They can screw up your flight path pretty thoroughly — always preview your bird’s flight (via the dotted line) before you let fly — but they can also give you a bit of an extra speed boost and / or lift when launching an attack.

Moreover, when you send debris scattering, some of it might get caught up in the fans’ current and go careening into any leftover towers. Use fans to your advantage in every stage they’re present in.