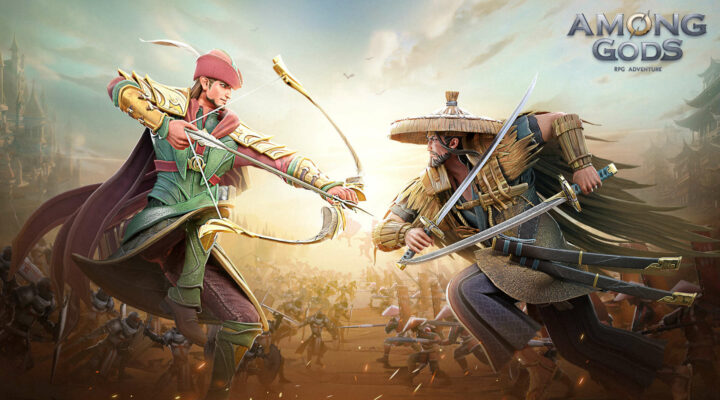 Not sure which characters to add to your party? Well, our Among Gods tier list is here to help. In this guide, we rank all of the characters from the heights of S tier to the depths of D tier. That way, you can read it and avoid the useless characters in favour of the best. What’s more, we’ll keep it updated as often as there are new characters, or balance updates, so keep this page bookmarked and check back soon.

Among Gods is a visually stunning gacha RPG that features over 100 heroes to collect. You build a party out of them, send them out into battle against a variety of opponents, and increase their power. There are loads of different game modes to play through, including a PVE story campaign and bosses, and PVP.

You can check out Among Gods on the official site, and grab some freebies with our Among Gods codes list. If you’re a fan of gacha games like this, check out our Bloodline: Heroes of Lithas tier list, Cross Summoner: R tier list, and Space Leaper: Cocoon tier list.

Now, we’ll rank all of the Among Gods characters from the heights of S tier to the depths of D tier.

These are the best characters in the game. Make sure to track these down and aim to reroll for them.

Serviceable units that are great for filling gaps in your party while you wait for an S tier to drop.

Reliable troops that will carry you through the game. Swap them out when you get someone better.

You can use these units at the very beginning if you must, and they can fill niche roles, but you should swap them out as soon as you can.

The worst units in the game. Avoid.

And that will do it for our Among Gods tier list. Make sure to grab the game via the links at the top of this page, check out our related content in the third paragraph, and bookmark this page to check back soon for updates.