Home / Walkthroughs, Tips, and Cheats / All About Nutto in Pokemon GO: What You Need to Know About the Mysterious New Pokemon 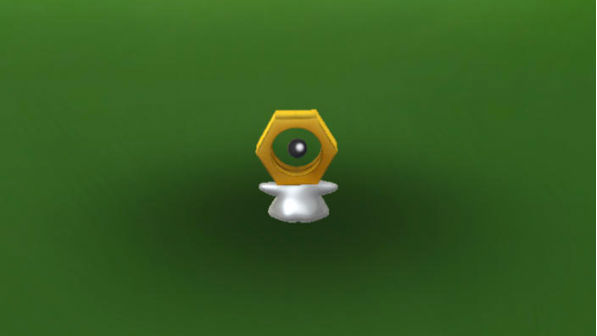 One of the big strengths of Pokemon Go is that is has a large and amazing community. Thanks to some of its more ambitious members, we have things like The Silph Road, and thus get to learn more about what is coming up in the game either before it hits or immediately thereafter. Research by groups like this allow us to know the odds of hatching Pokemon from 7 km eggs and a lot of other tidbits we would otherwise never learn. But they also mean that genuine surprises, the kind that catch everyone off-guard are pretty rare — which makes the sudden appearance of Nutto so amazing.

You’ve probably heard something about this mysterious new Pokemon who just up and arrived in the game unannounced. Niantic has so far not admitted to its existence, and the official Pokemon GO Twitter feed has been radio silent on the matter. However, a number of trainers have reported spotting the tiny Pokemon with a nut for a head (the hardware kind, not the “grows on a tree” kind) in the wild.

So what’s the deal with Nutto? We’ll break down all the facts as we know them so far.

Is Its Name Really Nutto?

Sorry, but no. Officially, Pokemon GO refers to this Pokemon only as ‘???,’ but that’s as difficult to pronounce as the symbol that Prince used to go by for a spell. With that in mind, the internet decided it should be called Nutto, and the internet is never wrong.

Can You Catch Nutto?

You sure can. Even though its CP is also hidden by question marks, it is indeed possible to catch Nutto with a well-placed Pokeball, and really isn’t even that hard. That’s if you can find him/her/it/whatever it prefers to be called, as it’s been reported that Nutto may have already stopped spawning.

When you do catch Nutto, be prepared to discover that you end up with a Ditto instead, which makes sense considering its body already looks like one. However, GameSpot reports that some players have claimed that theirs became either Chikorita or Kecleon upon capture.

Is This a Glitch or Something Planned — And If It’s the Latter, Then What the Heck, Man?

Here’s where we drift into the land of pure speculation, because until Niantic acknowledges that there even is a Nutto, it’s all simply guesswork. It’s definitely possible it could be a glitch, but dataminers have already suggested that’s probably not what’s going on here.

Forbes video game reporter Dave Thier has a theory that the mystery Pokemon could be the new one Nintendo has teased for Pokemon: Let’s Go Pikachu! and Let’s Go Eevee! If so, you could consider this something of a viral marketing stunt, a brief way to keep everyone excited for those titles which drop later this fall. Still, Pokemon fans seem like they’d be a little upset if a brand new creature simply turned out to be Ditto with a nut for a head.

Thier’s second theory is even better, which is that Nutto represents something Ditto is trying to mimic but can’t quite get exactly right. Some kind of mechanical Pokemon, maybe, with a bunch of different parts. If that’s the case, maybe we’ll get more hardware-based Ditto mash-ups in the next month or two.

In any case, it was a lot of fun to see a complete surprise in Pokemon GO like this, one that has people buzzing and uncertain of what’s happening. If nothing else, it will keep all trainers on their toes and more attentive than ever knowing that something unpredictable could happen without warning. We’re here for that.

Football Strike Tips: How to Improve All Your Stats