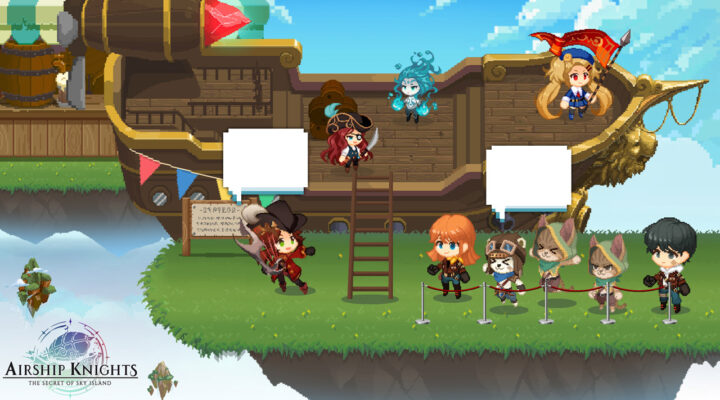 Looking for a strong start in Airship Knights? Then you’ve come to the right place. In this article, we’ll teach you how to perform an Airship Knights reroll, helping you draw a high-ranking character from the very start of the game. Not only is this good for breezing through the early stages of the campaign, but it’ll come in handy late game, too.

Airship Knights is a brand new Idle-gacha RPG. The game features an aesthetic heavily inspired by steampunk as you endlessly sail through the skies on your airship. You’ll get confronted constantly by monsters, which is why it’s good that you have a team of knights on your airship (hence the game’s title) to help you fight them off!

Now, onto the reroll guide.

What Should I Do Before Rerolling?

Before you reroll, we strongly encourage you to perform all of the following steps to maximise your chances of getting the character you want.

How Do I Perform An Airship Knights Reroll?

If you didn’t get the character you want after performing the above steps, it’s time to reroll. Here’s how to do so.

Now, we’ll move onto answering any questions you may have about rerolling or the game in general.

Rerolling is a popular mechanic in gacha games that allows you to perform your initial summon, or summons, numerous times. The objective is to try and get the most desirable character so you can power through the early stages of the game.

When Should I Reroll In Airship Knights?

We recommend that you reroll as early as possible in order to take full advantage over having a high-ranking character so early on in the game. It will also help you in the end-game, as you’ll already have at least one of your desired team members in place that you’ve spent the whole game upgrading.

Once you’re satisfied with a character, we recommend that you bind your account to a different Google, Facebook, or Twitter account to reduce the risk of data loss. You don’t want to have to go through all of this all over again.