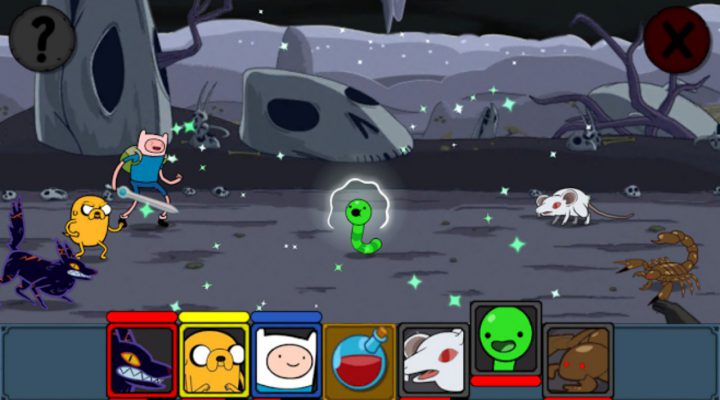 Adventure Time Puzzle Quest is a match-3 game that stars the cast of the titular hit animated series, Finn and his buddy Jake the dog. In the game, players must match colored tiles in order to power up Finn, Jake, and their companions as they strive to complete objectives scattered across the game’s varied levels.

With more than a few silly adventures in store, players will certainly want to check out our Adventure Time Puzzle Quest tips, cheats, and strategies, in order to prepare to tackle the game head-on. 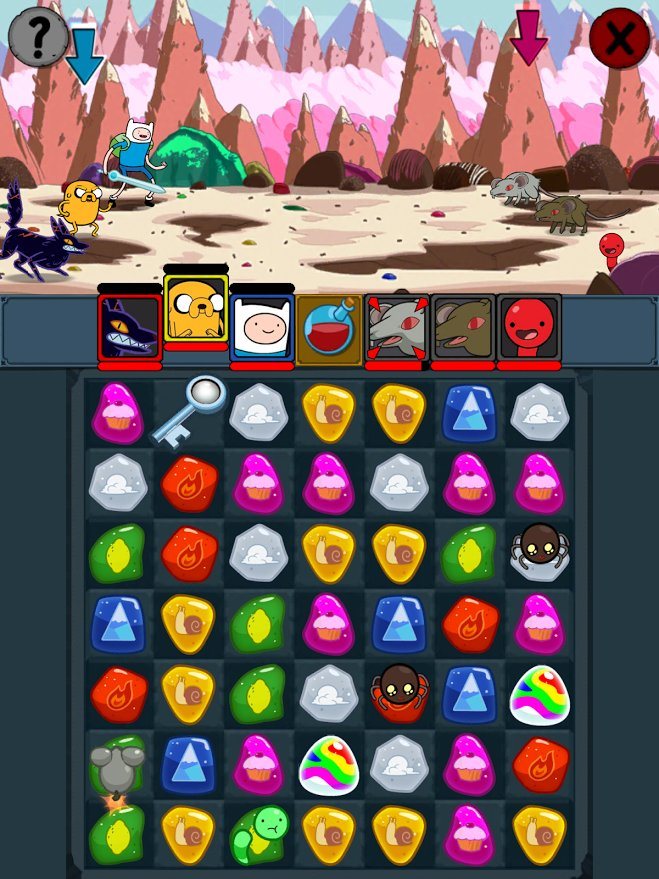 This may be a bit obvious to some, but it is easy to get carried away by matching whatever tiles you see first. The way combat works in Adventure Time is that while each matched-color triggers an attack for the character currently queued up to attack, the colors matched will also contribute to powering up a character’s special ability for the corresponding color.

So if you match up lots of blue tiles, it will go into contributing towards Finn’s special abilities. Because the regular attacks deal so little damage, the majority of your damage output can, and should, come from utilizing the special abilities.

Don’t Be a Dingus, Bring Potions

Again, another seemingly obvious tip, but one that is really easy to overlook.

Before jumping right into the next battle, take a peek at the “Prepare” screen and see if you have any potions that you can equip. Beyond the opening few levels, the majority of the levels in Adventure Time Puzzle Quest have multiple waves of enemies. By equipping a healing item, you’re ensuring that you’ll last that much longer as the level’s battle drags on.

I found it best to use my potions on Jake, as his taunt ability is great for directing enemy attacks specifically at him, sparing my other characters of taking damage. 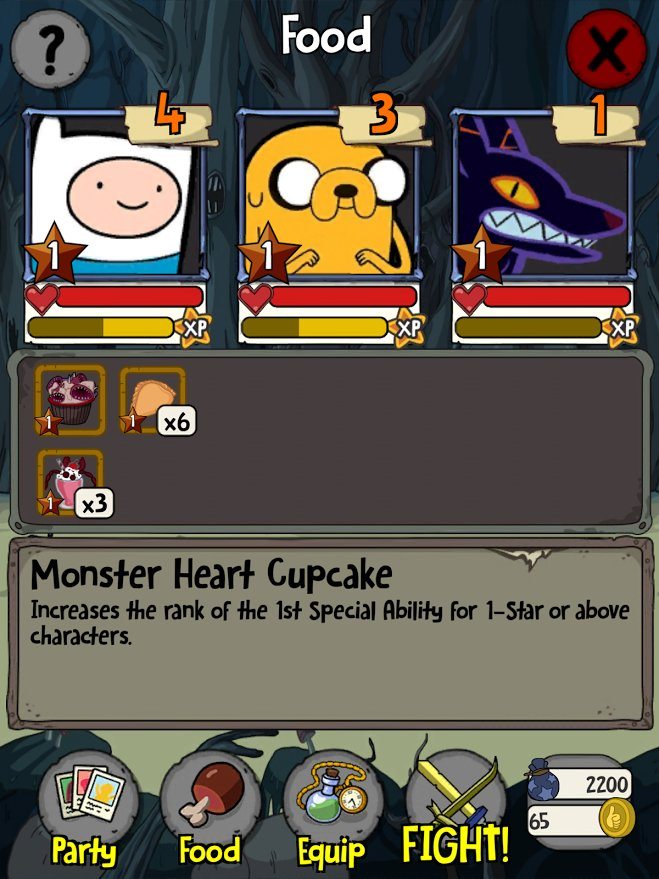 Food items are given out as rewards for completing levels and opening treasure chests. These edible items are usually stat boosters that can increase the potency of your character’s attacks, reinforce their defenses, or a number of other modifiers. 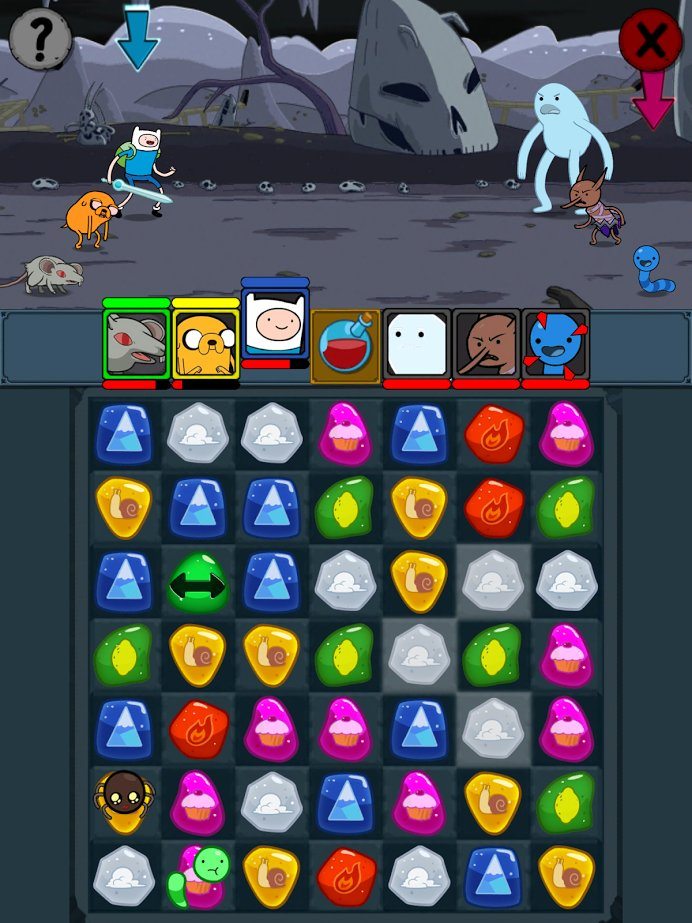 Bosses in Adventure Time Puzzle Quest are no laughing matter. They are hard to kill and deal out some serious damage. While it is advised to dispatch any minions tagging along with the boss, first, you may want to consider targeting the boss itself for a few, choice attacks.

What I mean by that is when you are about to get a big match, clear out a bomb tile, or do something tops blooby, you may want to specifically target the boss as the large damage output may be wasted on a minion who has much less health to begin with. Yyou’ll only get a few large matches in each level (if you’re lucky), so instead of wasting them on minions that are already fairly easy to kill, direct the damage output at the big guy with the biggest HP-bar for maximum efficiency.