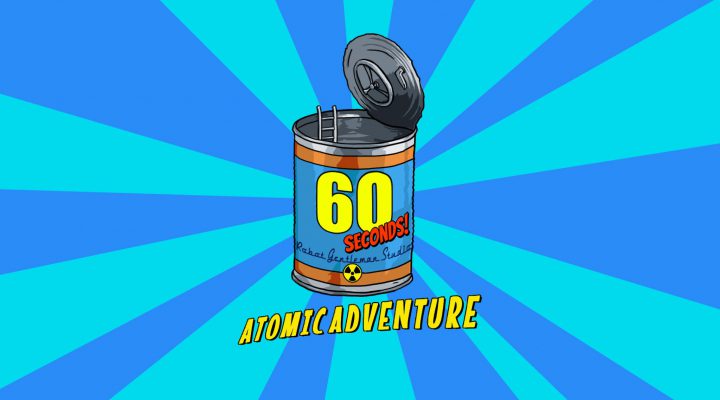 60 Seconds! Atomic Adventure is a survival simulation set in a nuclear era 1950’s suburbia. In this game, players must scavenge for supplies and then survive a nuclear fallout for as long as possible with those supplies. Gamezebo’s 60 Seconds! Atomic Adventure tips, cheats and strategies will help you keep it together while eating nothing but canned soup for weeks straight. 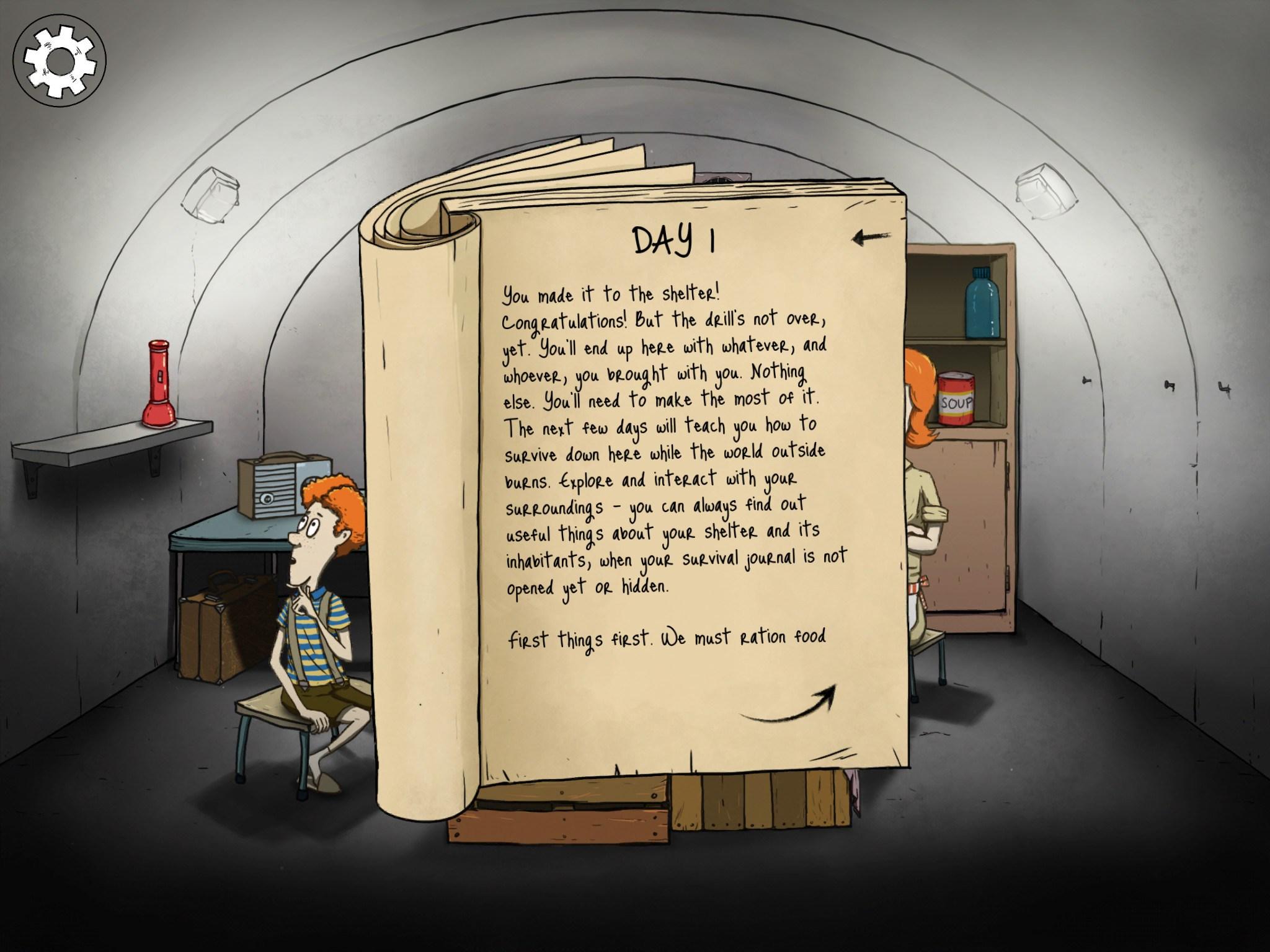 There are two portions to a full “Apocalypse!” playthrough of 60 Seconds: Scavenge and Survival. In the Scavenge portion, you’ll have 60 seconds to run around your house , picking up supplies and depositing them in your fallout bunker. The items (and family members) you manage to get inside the bunker before the minute is up will then be used in the Survival portion.

This second part of the game is the main focus and much longer: Survival is presented more as an interactive choose-your-own-adventure where you will read through each day’s events and make decisions, such as how to ration food and water, whether to send anyone to the surface, and how to handle random events that occur. The goal of Survival is to last until you are rescued in some fashion.

If you prefer one of these portions over the other, you can choose to play just that section from the menu. However, only Survival has an actual win-state: if you play Scavenge the game just sort of fades out after you get into the bunker. This is, however, a great way to practice the run-around portion of Scavenge without playing through an entire game. 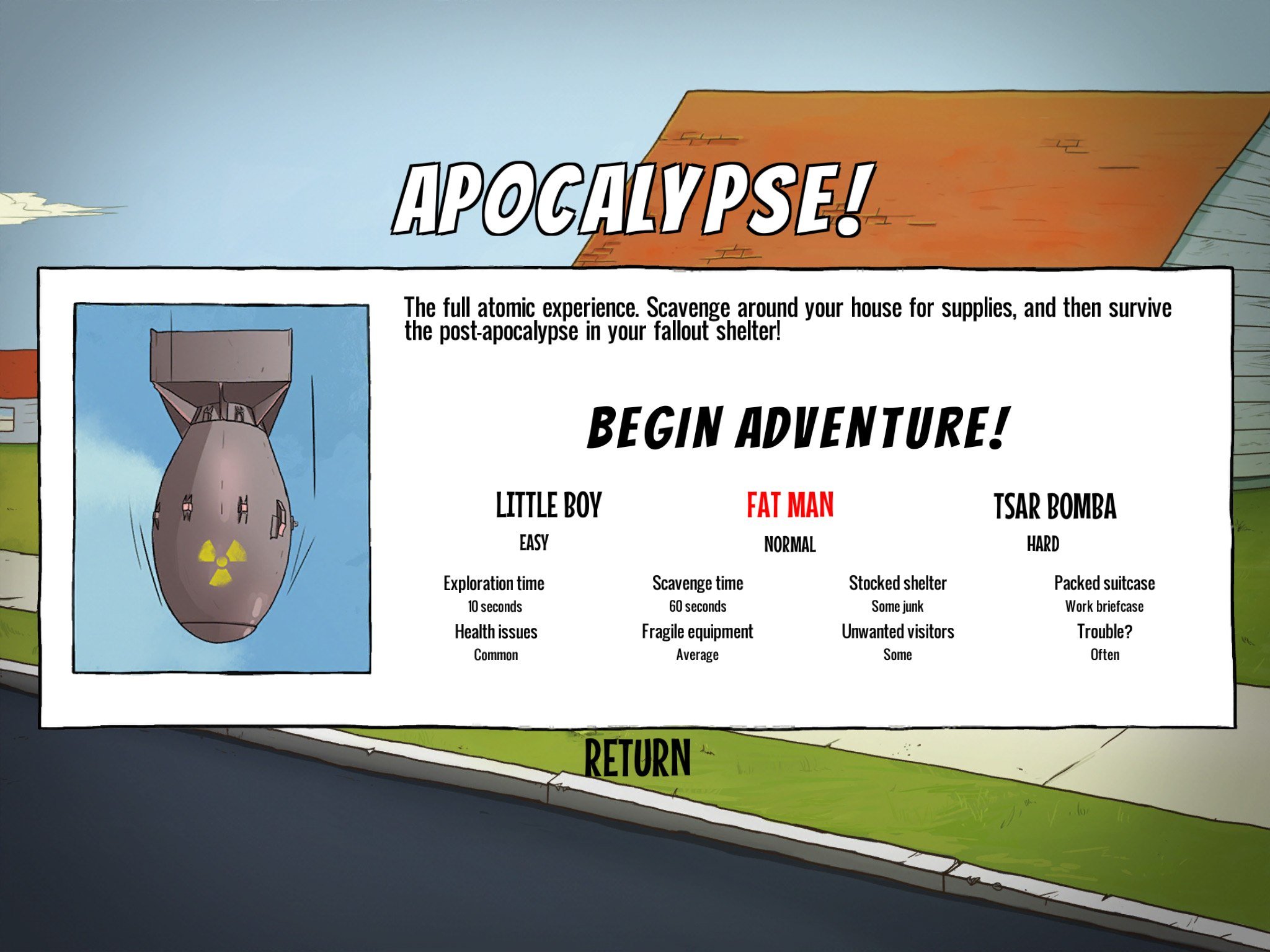 Besides the game mode, the other choice you have to make before getting started is the difficulty. Each difficulty level outlines what it entails, including: 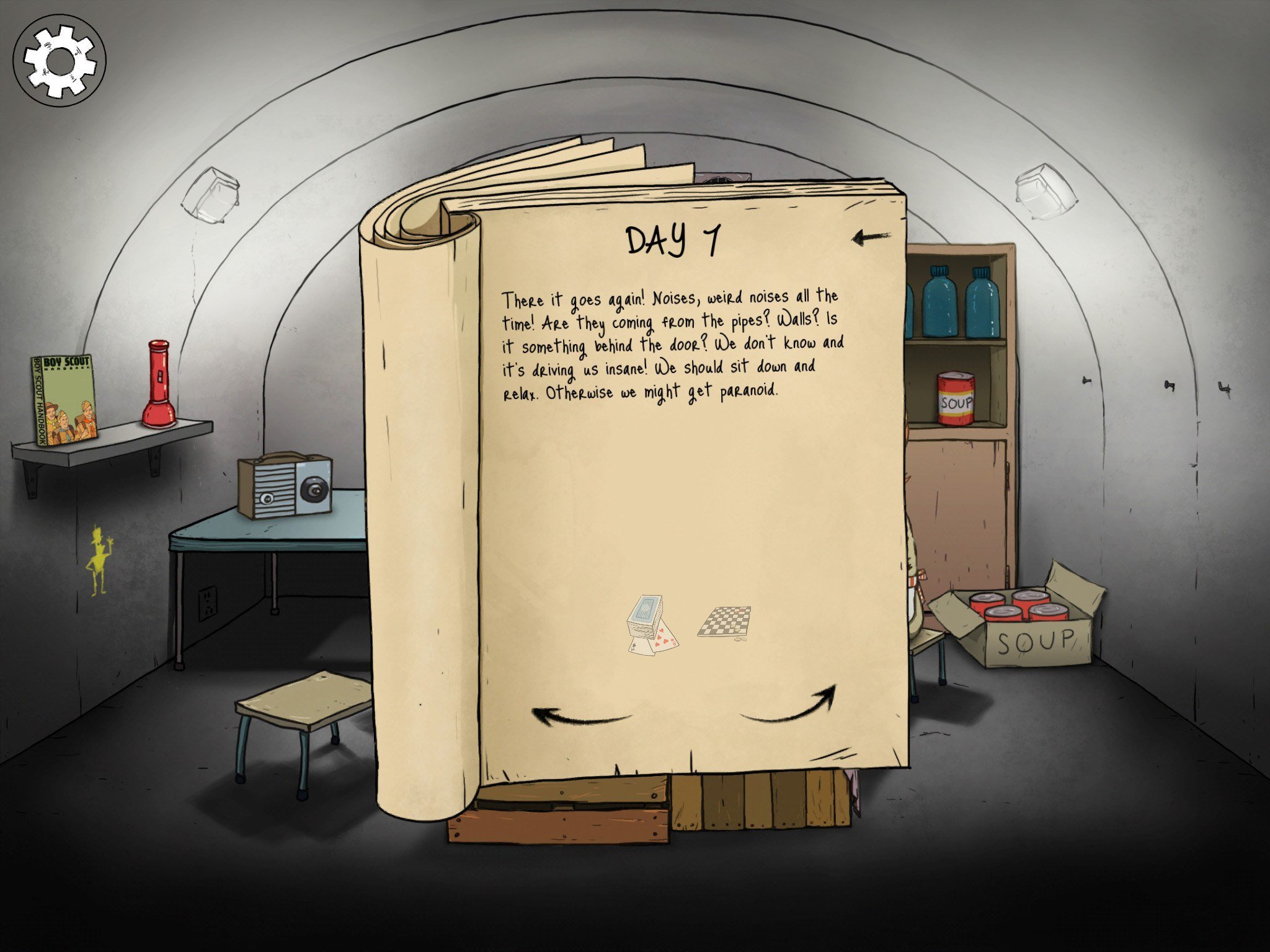 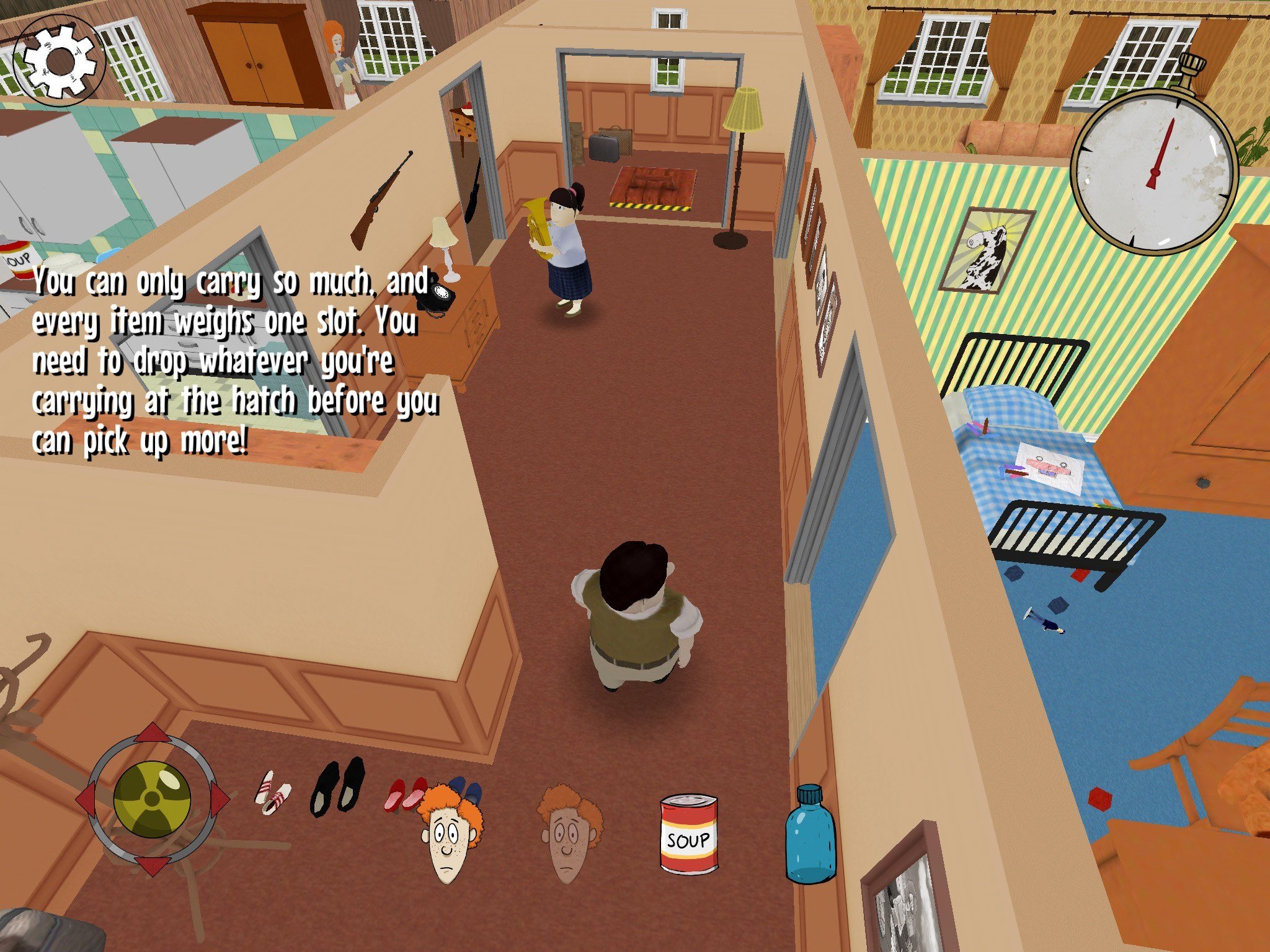 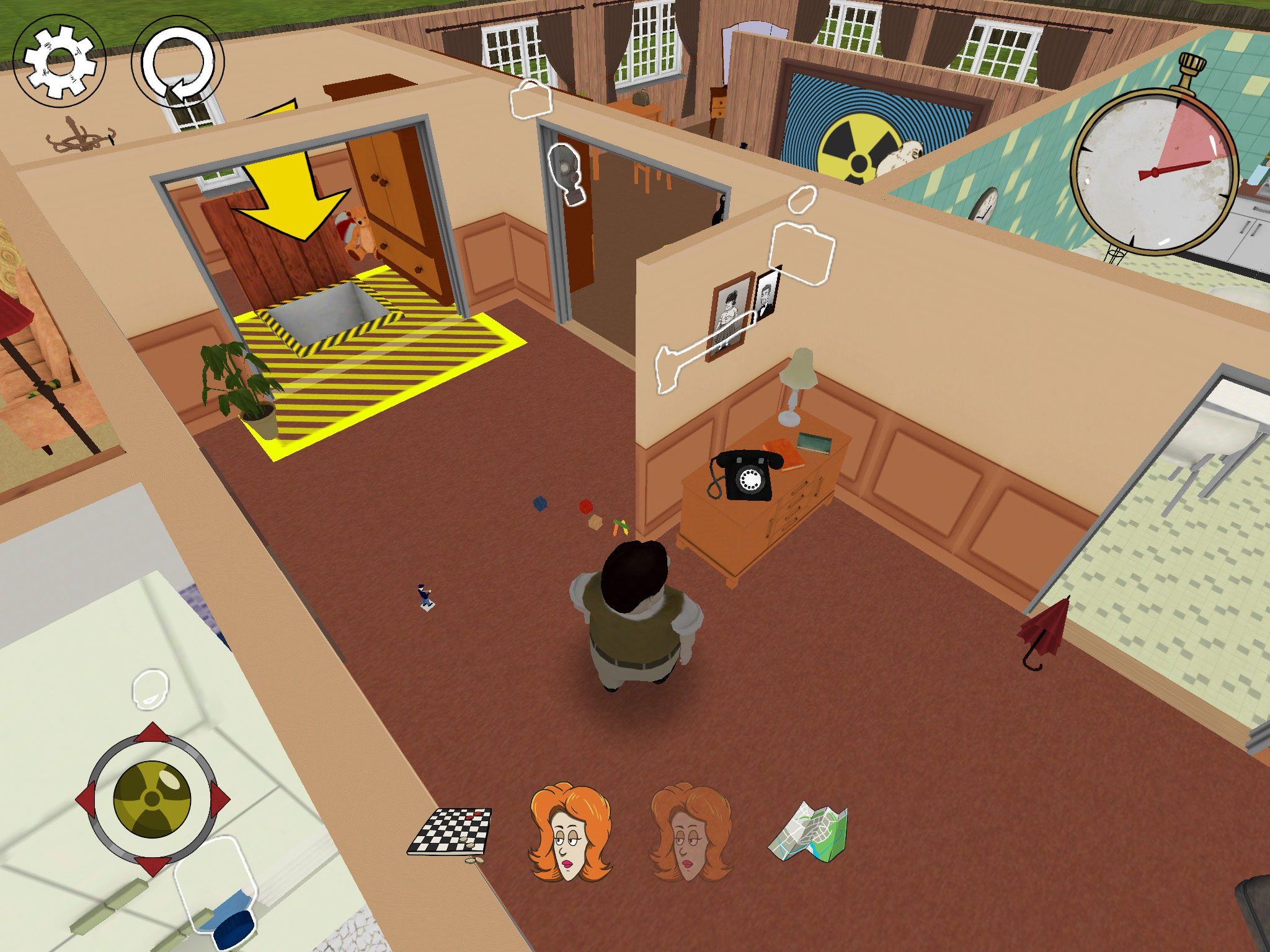 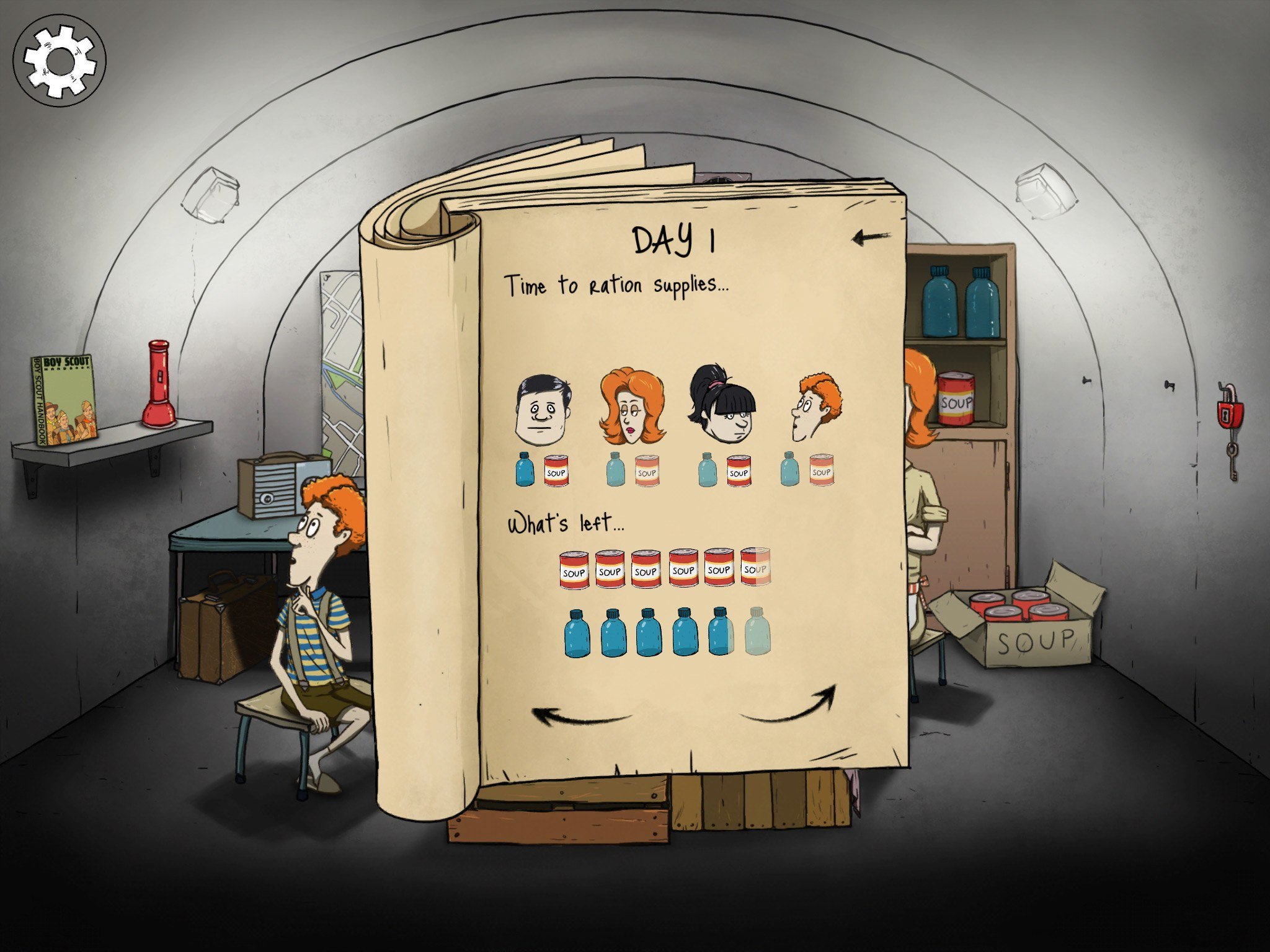 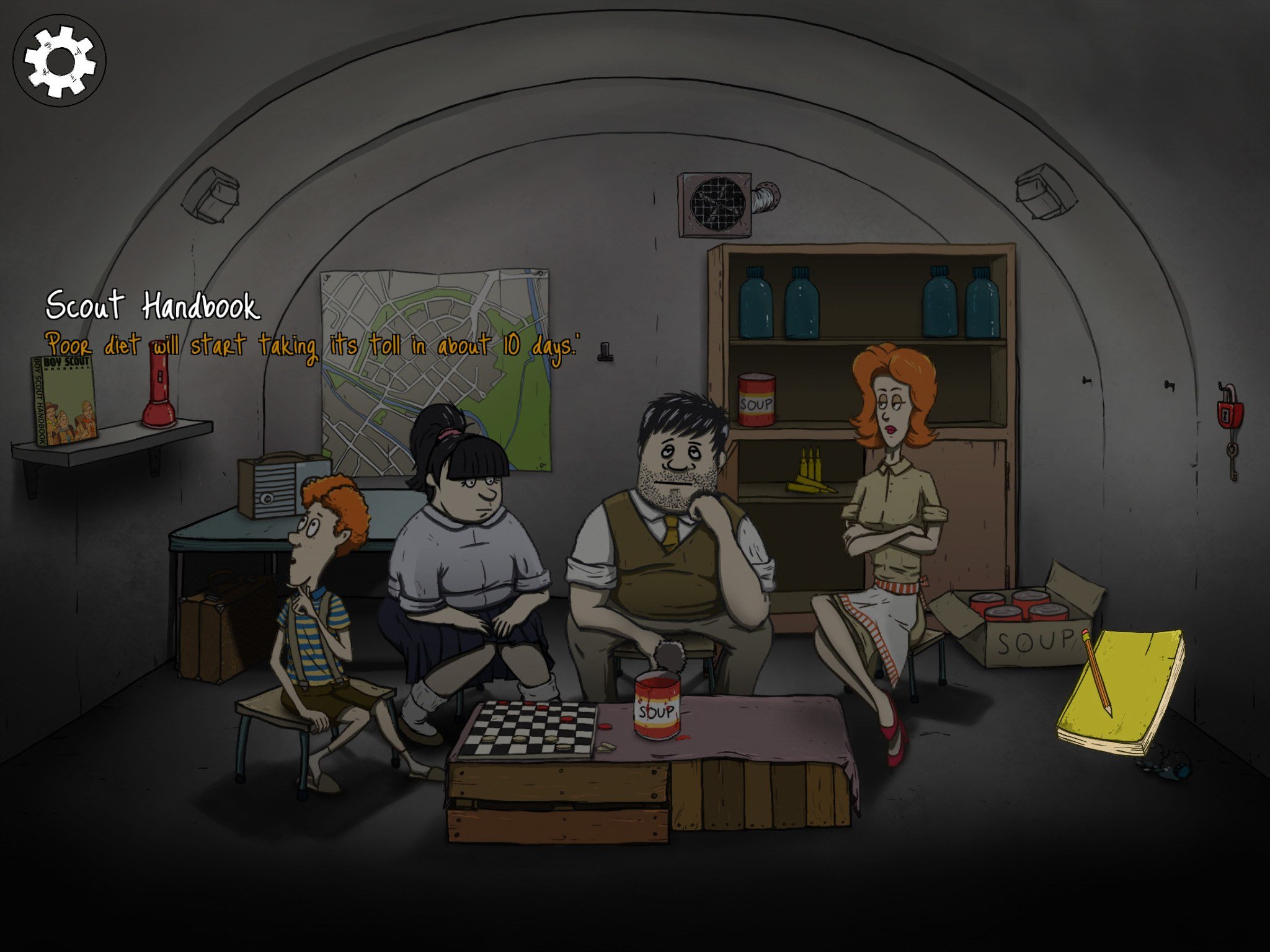