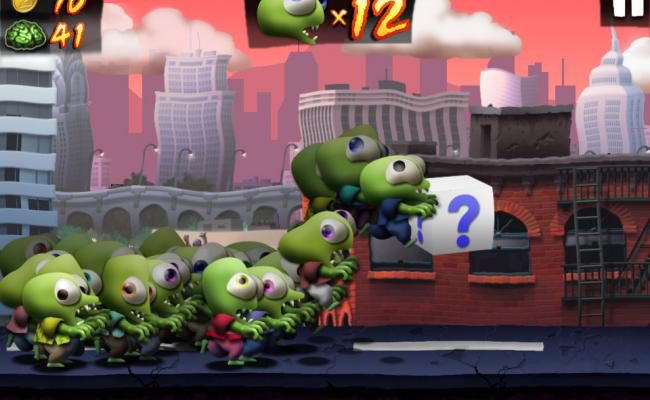 How many zombies can you get to join your parade?

A group of crows is called a “murder.” A group of cats is called a “kindle.” And a group of zombies is apparently called a “carnival.” Zombie Carnival for iOS is all about running down a street as the leader of a zombie chain and biting humans when they get in your way. You can try pulling the same stunt in real life, but you’ll probably get arrested. 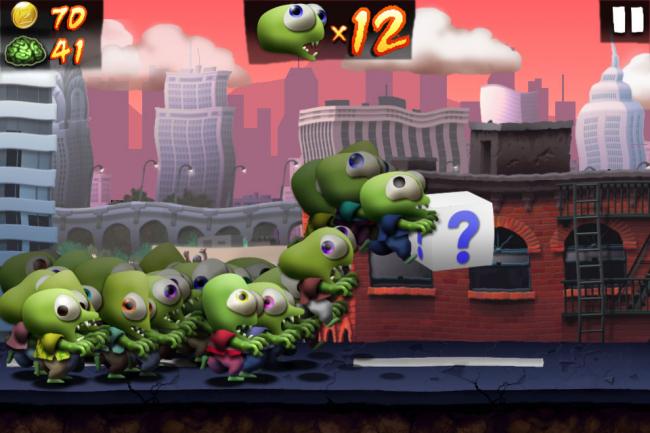 Zombie Carnival plays similarly to Jetpack Joyride and other “run forever” type games, except it revolves around the consumption of brains rather than the joy of flight and motion. You begin as one zombie, and when a human gets in the way of your morning jog, that human becomes a zombie as well. And then you bite another. And then you bite another and another, until you have a veritable chain of undead beings running down the street and munching on whatever gets in your way.

Ah, but you are not simply free to fly down the lane and let the wind roll through whatever is left of your hair. You must jump to avoid hazards and pits. Every time you miss, one of your zombie followers goes to his eternal rest. 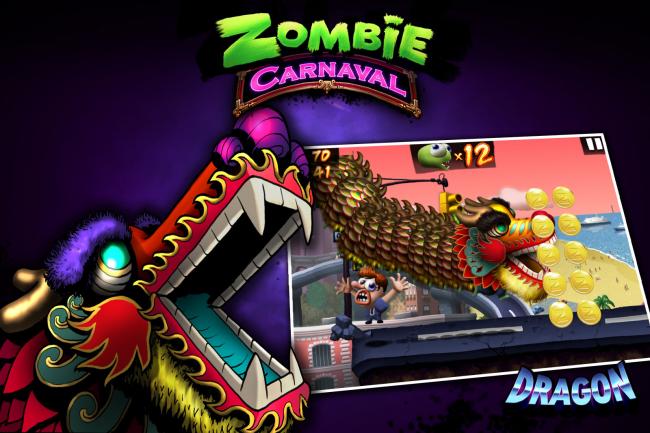 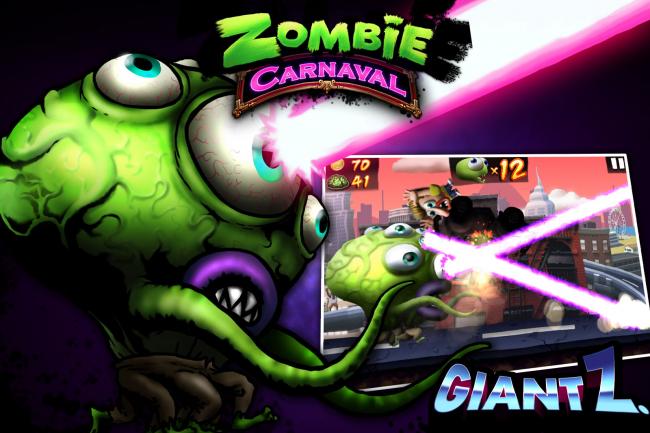 The power-ups in Zombie Carnival look especially fun. For instance, you and your zombie army can suit up with a Chinese dancing dragon costume. When you’re a dragon, you bust through objects with no problem. Gung Hay Fat Chomp!

Zombie Carnival is coming to iOS on May 31. Join the Zombie Run or get off the road, ya bum.