We Played Madden Mobile so You Don’t Have to 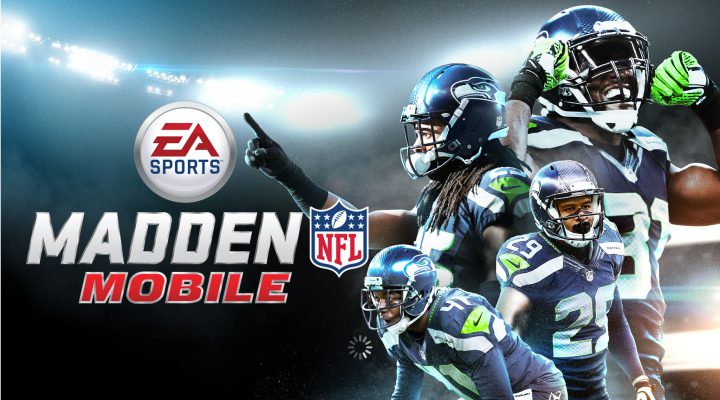 Unless the world ends first, we’ll someday get to the point where full-featured sports games on mobile are the norm.

We’re not there yet, though EA is making incremental steps in that direction. Madden Mobile, which has been soft-launched in some markets (including Canada) prior to it’s August 26th release date, continues this slow journey with what looks like the equivalent of a four-yard run off tackle. 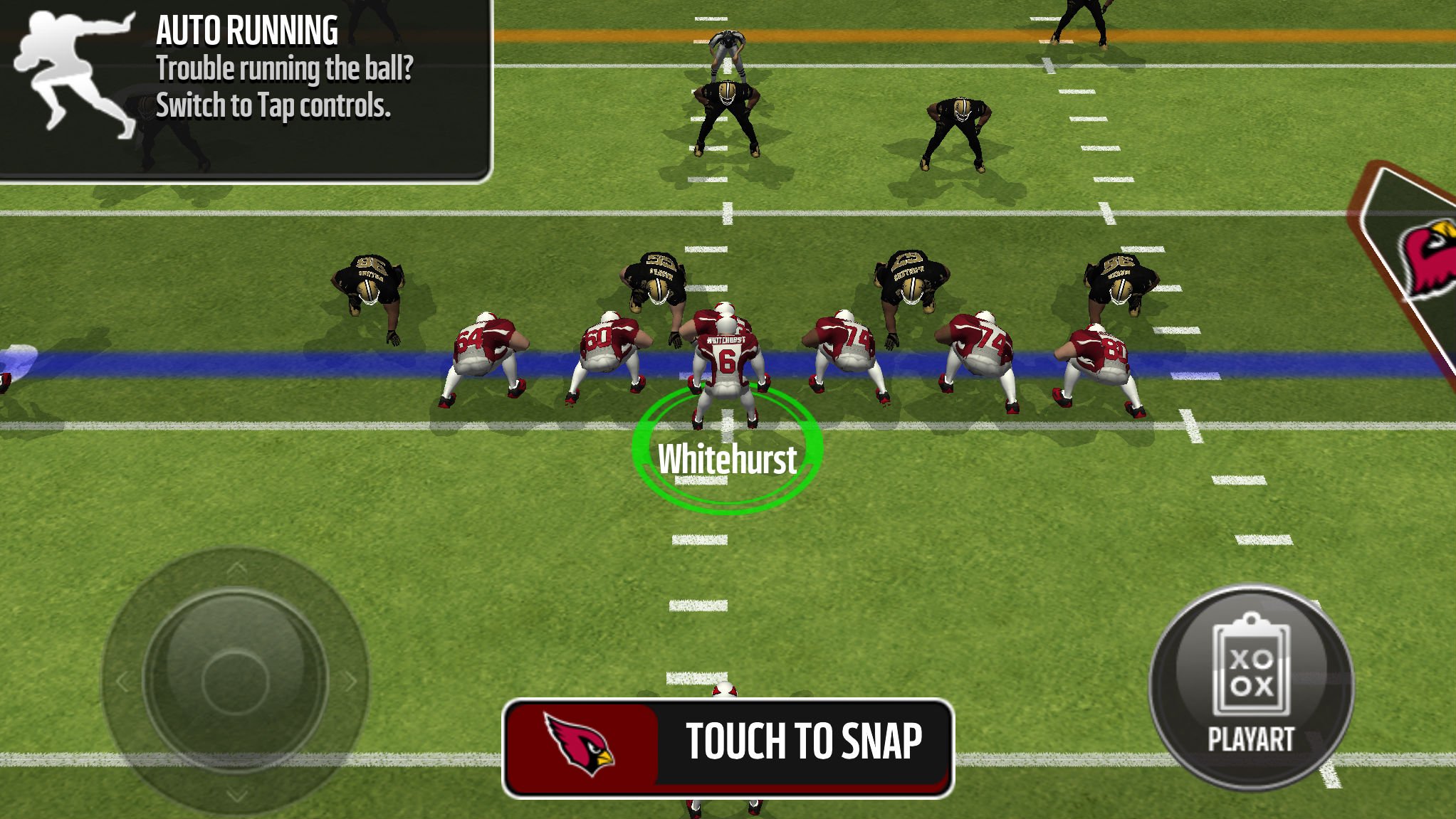 Once again, the game is built on a modified version of the Ultimate Team mode that is  now de rigueur in all of EA’s console sports titles. You play to win coins that can be used to purchase packs of player cards that enable you to build a better team, following the well-established and self-reinforcing cycle we all now know by heart.

A variety of ever-changing Live Events grants some urgency to the proceedings, and there’s a complicated collection and trophy system that can earn you some top players — maybe too complicated for a game like this. Individual play sessions are governed by a stamina meter, and you’ve got to split your effort between the season mode, Live Events and head-to-head play before waiting for your bar to refill. 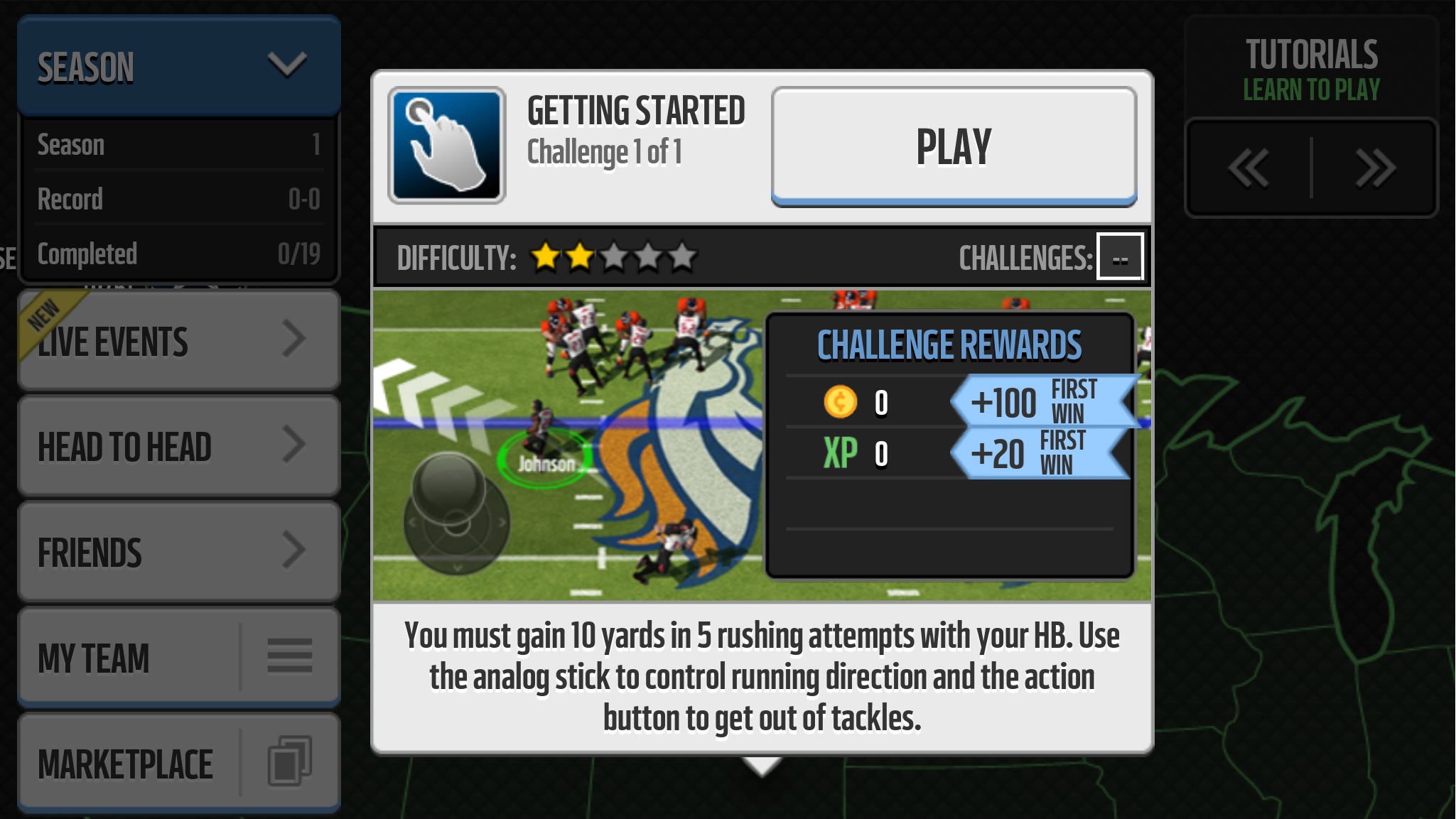 Speaking of head-to-head, it’s still an asynchronous, offense-only deal. Yes, even though the Legion of Boom secondary from Seattle is featured prominently on the title screen and in the advertising for Madden Mobile. Richard Sherman won’t be pleased when they tell him, and he’ll likely let us all know about it.

Will mobile gamers in the NFL-mad U.S. care as much? Probably not, because it’s free-to-play and it’s still Madden. If you don’t want to wait until August 26th, you can always pretend you’re Canadian and download it now.