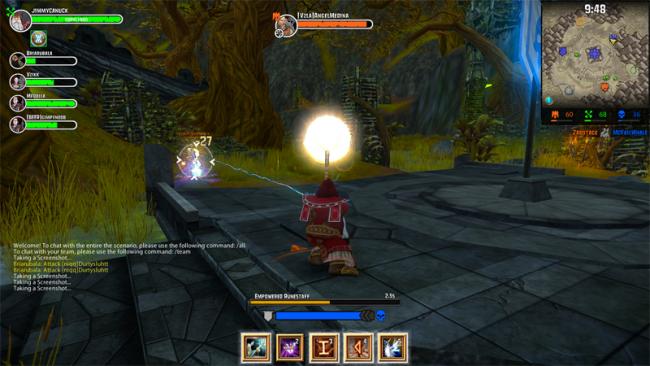 We spend some time with the closed beta of Warhammer Online: Wrath of Heroes

My own experiences with the Warhammer universe are limited at best. In fact, with the exception of one unopened copy of Blood Bowl, every bit of my Warhammer time has been spent in the futuristic world of 40K’s Space Hulk and Death Angel rather than the fantasy world that presented in Warhammer Online: Wrath of Heroes. Still, with a love for mages and melee, how could one go wrong dabbling in such a fantasy world? It’s with that spirit of adventure in mind that I recently spent some time in Wrath of Heroes‘ closed beta.

Upon first glancing at a screenshot, you might be quick to draw comparisons between the worlds of Warhammer and Warcraft, and honestly, you’re not that far off. In fact, when the MMO Warhammer Online: Age of Reckoning was released back in 2008, the internet was abuzz with “what’s the difference between Warcraft and Warhammer?” articles. I’m not saying the two games were similar, but in terms of theme, the two franchises share plenty of common ground.

That being said, after only a few moments with Wrath of Heroes, World of Warcraft veterans will begin to feel a real sense of déjà vu – or at least that was my feeling based on the experiences with the closed beta. All of my matches took place in an area called the Mourkain Temple, which offered a conquest style of game that largely reminded me of the months I spent in WoW‘s Battlegrounds, but with its own unique twist. 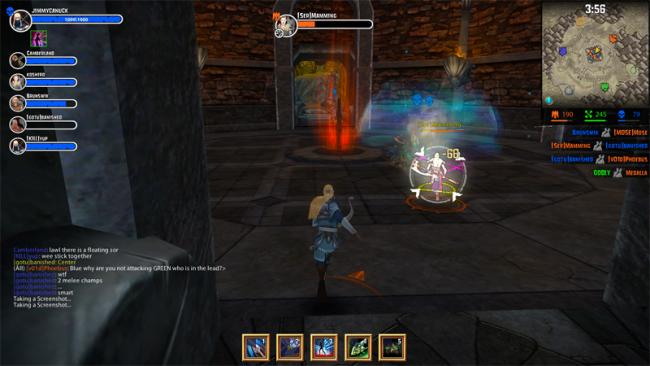 Mourkain Temple features three flags that three different teams vie for control of. So long as your team had control of one flag, you could then head to the middle of the map and try to gain control of an artifact, which is the best way for your team to net points. This means that your team’s attention really needs to be in two places at once, because if everyone is at the artifact you’ll quickly lose control of your flag(s), and then that time at the temple won’t amount to a hill of beans in terms of score.

The gameplay itself handles very much like an MMO, though somewhat streamlined (as many of the more complicated trappings of an MMO aren’t needed here). Players have an assortment of different attacks at their disposal, all mapped to the 1-5 keys, and will run around like maniacs, targeting and mashing those number keys as skillfully as possible to get the most desired results (ie dead opponents). 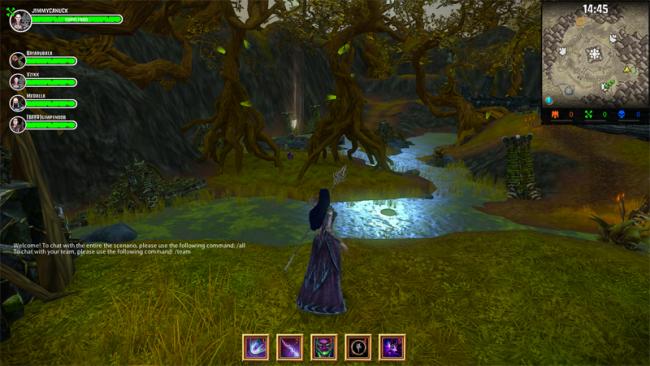 What’s neat here, though, is that you’re not tied to a specific character. In a lot of ways, Wrath of Heroes feels a lot like Battlefield 1943 – as soon as you die, you can switch to a completely different character class and rejoin the fight. Tiring of your archer? Maybe that lady with the giant axe can teach your enemies a thing or two.

And the game offers up a pretty great take on EA’s Play4Free branding, letting you earn gold as you play that can be spent on unlocking new character classes, costumes, and more. We’re assuming that when the game launches you’ll be able to buy such currency too, but at this point in the beta, that element seemed to be mysteriously absent.

Mixing MMO-style PvP combat with the quickplay, non-committal nature of games like Battlefield 1943 and Gotham City Imposters is a stroke of genius. And having three factions battling it out in a match instead of two? That’s just icing on the cake. There’s no official release date yet, but you can be sure we’ll be keeping an eye out for this one. Be sure to follow Warhammer: Wrath of Heroes right here on Gamezebo to be notified the moment it goes public.

A look at the upcoming Warhammer Online: Wrath of Heroes

Developed by the RPG wizzes at Bioware (the Edmonton, Canada-based studio that counts Knights of the Old Republic and Mass Effect among thier mega-hits), Warhammer Online: Wrath of Heroes is a Free-to-Play MMORPG that will focus solely on the PvP (Players versus Player) element.

For those of you unfamiliar with the Warhammer Online series, a short introduction is in order. Warhammer Online is a MMORPG, or massive multiplayer online role playing game, a genre in which World of Warcraft is probably the most well-known game. The idea of an MMORPG is that you create your own character and go out into a world with millions of other players, going on quests together, or rather fighting other groups of players with your own ‘clan’. 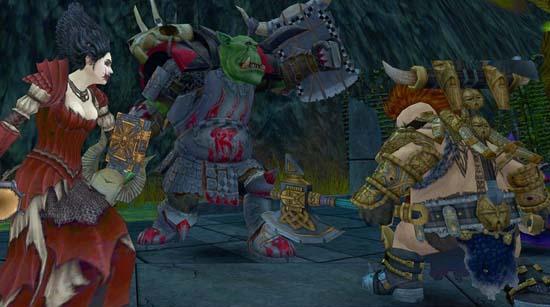 Rather than spending hours and days developing your character, leveling up and going on quests, Wrath of Heroes offers players 15-minute scenario battles between three teams of six players each. You might say that they simplified the game play, but then you’re not giving the game the credit it deserves: it’s the perfect adaption of the genre to a casual gaming style.

When starting a game, you choose your team and the character you want to play with. Rather than play the entire game with one character you choose from the beginning and develop over time, each of the characters you can choose from is of the same level. For instance, if you choose to start a game with an elf character that specializes in ranged attacks, it will have the same level as the close combat-specialist dark elf you player with earlier. During a match, you will also have only 5 attacks to choose from, again making the game more accessible to all players, who can focus on playing their best game, rather than being limited by how much time you can put into developing yourself in the game. 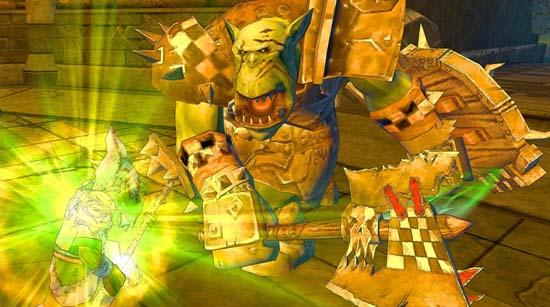 All this also enables another unique feature of the game: switching characters during the battle. As anyone that plays MMORPGs will tell you, the key to successful team battles is balance. You want a strong character to deal damage, you want ranged fighters that can take out other players from a safe distance, you want a healer that keeps the other players alive. By allowing players to switch characters when they die, they will be able to quickly switch to a different strategy that betters fits the situation at that moment. This means that no game is the same and that even during games there is always the constant challenge of changing situations.

Not having one character to develop does not however mean that your progress is meaningless. Your profile will still develop, opening up new characters and new skills. As an important part of the game is the unpredictability and tasking the players to adequately react to that, each new game will also offer a different set of characters to choose from. Should you however have found your perfect character, you will be able to buy that character as a permanent part of your roster. 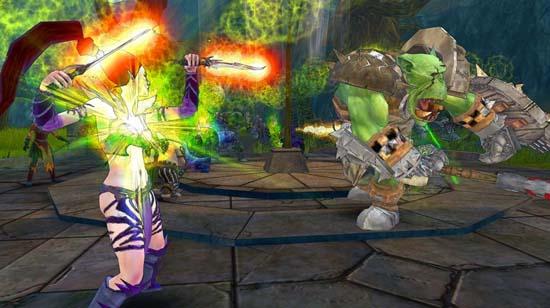 On one hand, Warhammer Online: Wrath of Heroes might cut out a part of their target audience, by completely dropping the quests and character development. On the other hand, the new features and the accessibility of the concept makes Wrath of Heroes a fresh new experience that will interest a whole new audience. When the game releases later this year, we will see how well Bioware is able to balance the game, but from our first experiences, it looks like it will be become a great game for players that like the competitive part of MMORPGs, but are not as much attracted to the time players must usually invest to get anything out of the genre.

Wyv and Keep: The Temple of The Lost Idol Preview