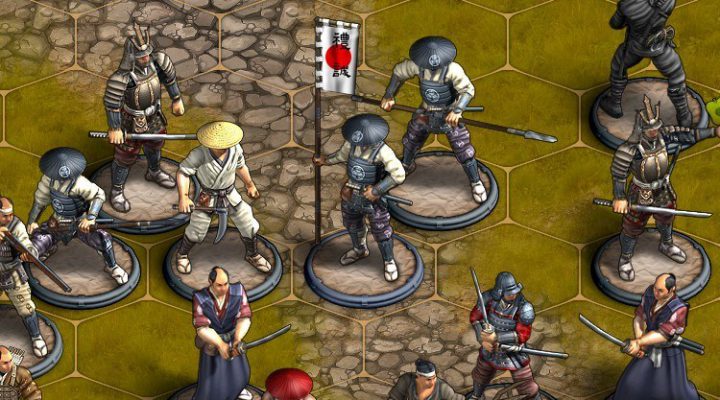 Bringing games to life via Kickstarter may not be the big deal it was just a year or two ago, but the crowdfunding platform is still home to some ideas that grab you by the collar and say, “Hey, this sounds like an awesome idea that needs to happen!” Warbands: Bushido is one of those, with Red Unit Studios hoping enough people agree to make their tabletop medieval Japanese wargame a reality.

While it certainly shares some DNA with popular physical miniatures games, Warbands: Bushido distinguishes itself in terms of its scale and historical focus. Instead of recreating battles with hundreds or thousands of soldiers, the game will focus on smaller, more tactical conflicts between historically accurate units from 16th century Japan. That means samurai, naturally, but also ninja clans, Chinese pirates and mercenaries of various nationalities.

Red Unit is aiming for nearly 100 units types to start, and the mix promises to be fascinating. Character cards fully describe all the combatants, while gameplay is supposed to be fast-paced thanks to dice-based mechanics while still offering depth thanks to things like morale and terrain effects.

Along with a single-player campaign influenced by some popular video games and multiplayer skirmishes, Warbands: Bushido will allow players to “paint” their digital units and enough RPG elements to ensure a personal connection to your medieval warband. And while it all sounds ambitious, the developers are aiming for a relatively modest $30,000 to start it on the road to release for iOS, PC and MacOS.

If this sounds like your cup of tea, head over to the Kickstarter campaign page to give it a look — and prepare to be impressed.