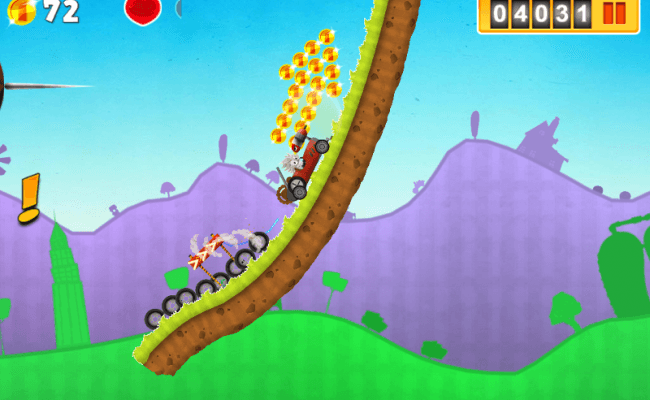 Set at the dawn of the era of the automobile, Turbolab Pursuit is a high-speed running game starring a mad scientist and the criminals who want to claim his work as their own.

There are few inventions more valuable than the automobile, and as a crazy professor putting the finishing touches on a prototype vehicle, you and your work have come to the attention of the local mafia, who want to take it and patent it for themselves. There’s only one thing to do: Gas it up and hightail it outta there!

Turbolab Pursuit is a high-speed running game with shooter elements and a huge range of customization options – and instead of running, of course, you’re driving. You’ll hurtle through a wildly rolling landscape, jump onto different kinds of platforms and fight back against your pursuers with melon cannons, tortoise launchers, and even kung-fu sheep. I don’t know what kung-fu sheep are, but they sound cool and dangerous.

More than 4000 “customization combos” are on tap, and with upgradable vehicle stats, power-ups, and randomly generated levels, Turbolab Pursuit isn’t likely to run out of gas in a hurry. You can even customize your own personal nutty professor with unique outfits, headgear and hairstyles, and share your best efforts behind the wheel with friends around the world through Game Center Achievements. 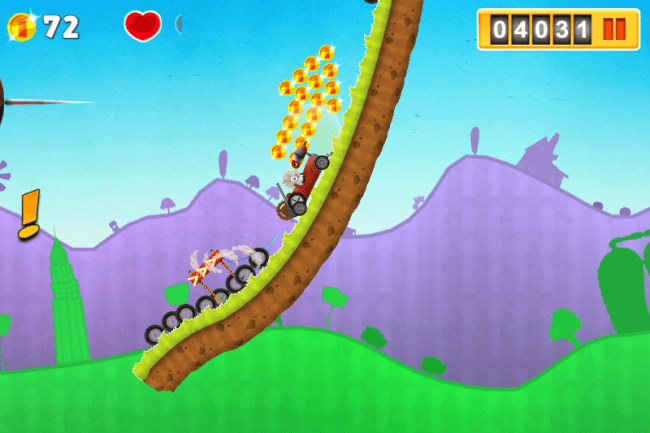 Turbolab Pursuit is a universal app with support for the iPhone 5 Retina display, and the preview trailer (above) looks fast, furious and fun. Watch for it to hit the App Store on February 21.